Number of staff: 10 – does vary depending on the season

How often and how the mail is delivered: Once a week via mail plane from Cairns

How often and how the stores shopping is done: 2 major stores orders, 1 at start of season and 1 mid-way through, which we collect from Atherton. The rest is topped up from Georgetown on a needs basis. We also exploit visitors, agents, truck drivers, family and friends when they come by asking them to collect stuff for us!

How far off the bitumen you are: 110 kms 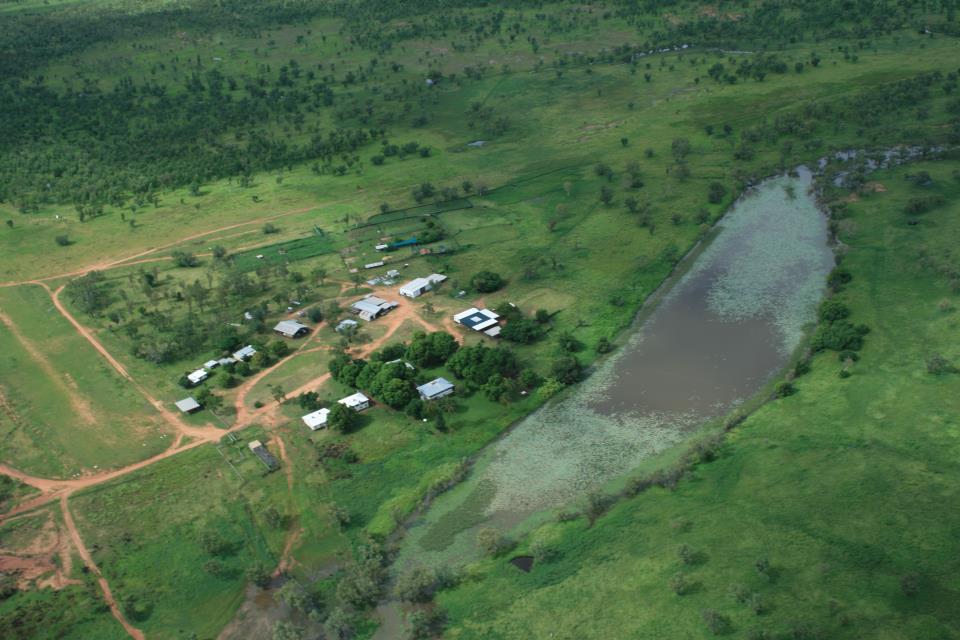 We purchased Abingdon Downs in 1999, moving from a property only 7  0kms down the road that had been in the family for 40 years. Coming from a property that was 76,000 acres to 1.1 million acres was no ordinary feat. What was originally a father and son outfit meant heading to an operation that needed at least 15+ employees, a steep learning curve in itself. 15 years on, much wiser, we’re still here and wouldn’t have it any other way.

Abingdon Downs runs between 16,000 to 18,000 head of brahman cattle.  In our experience we believe they are the breed of cattle most suited to our hot and humid climate in far north Queensland. Our stock is 99.9% grey only. Makes it easier to see them from the air when mustering starts! Given our location we sell our cattle predominantly to the meatworks in Townsville. This year has been a little different due to the on-going drought. We have reduced our herd numbers significantly, sending more cattle to meatworks than we normally would and also selling off much younger cattle to different properties though various cattle agents. We have been drought declared since 2012, however we are luckier than some as Abingdon Downs sits on 2 major river systems which ensures that at least our cattle will always have water.

Our crew each year tend to vary but we have our staple employees who have been with us nearly from the start who have become part of the family. We get staff come and go each year, some return for another season, some might only do one season and some don’t even last that long. We take the occasional traveller but not very often as we like to spend our time training the ones that will come back season after season.  We have a great bunch of people right at this moment. The personalities all gel (which is not always the case!) and they’re all having fun.

Host: Abingdon Downs Station Written by Laine-Jon Hughes, Governess. We are lucky to have long term employees and the current governess is on her third year at Abingdon. She took a leap of faith and signed up for her very first job a long way from home. My journey so far, having completed grade 12 […]

Host: Abingdon Downs Station Written by Mairi Whittle, Stationhand. We have employed a number of Kiwi’s over the years and they have been fantastic and often have returned. This is our latest kiwi sheila’s experience on Aussie outback at Abingdon. I was lucky enough to get a job as a jillaroo on Abingdon Downs Station. I […]

From Fine Dining to Station Cooking

Host: Abingdon Downs Station Written by Anita Steffan, Station Cook When advertising for a station cook I had received an enquiry as to whether we would consider taking on a retired couple to share the position. Years ago I had an older travelling couple share the cook’s position for 6 months and it worked out […]

Host: Abingdon Downs Station Written by Renee Kohler – Station Hand, Abingdon Downs Station. Renee wrote another blog about her recent surgery on her leg. There are significant medical disadvantages of living remotely but our bush doctors and nurses are always wonderful and supportive. Editors note: This blog contains graphic images of a leg wound, which […]

Host: Abingdon Downs Station Written by Iris – former Station Cook, Abingdon Downs Station. I have heard many stations have their fair share of ghost stories. This is ours, as told by Iris, who was our cook and has recently departed Abingdon to continue her travels around Australia.  “[… ] Amy Harris and Robert McDowall […] […]

Host: Abingdon Downs Station Written by Anita Ganzer – Station Hand, Abingdon Downs Station. Campbell, myself and our Head Stockman, Squeak, recently attended a course to become certified tick accreditors. The eventual outcome (should we receive our accreditation) is that we will legally be allowed to clear our own cattle of tick at Abingdon to be […]

All the beautiful horses

Host: Abingdon Downs Station Written by Barry Keough – Owner, Abingdon Downs. I love rain. I can never get enough of it so when the first rains come at the start of the wet season I am like a crazed child splashing about in the rain, often being referred to as a “loon”. What the […]

Host: Abingdon Downs Station Written by Barry Keough – Owner, Abingdon Downs. During mustering season things get pretty busy and days are long and hard. When there is the odd day off everyone likes to relax, catch up on washing, and go fishing and swimming. Our river is everyone’s playground; we do have crocodiles, but […]

Host: Abingdon Downs Station Written by Jason Kohler – Headstockman/Manager, Abingdon Downs. Jason has been employed with us for nearly 11 years. “Bush, Bush, Bush, Heifer, BLOCK UP – fat cow!”. There’s never a dull moment when drafting cattle so it pays to stay alert. It all starts with a muster the day before where we […]

Host: Abingdon Downs Station Written by Renee Kohler – Staff, Abingdon Downs. Renee has been employed nearly 11 years and is the wife of Head Stockman/Manager Jason Kohler. With the end of the year approaching so is the fire season. We aim to burn some of our country before first storms to get good grass […]

Host: Abingdon Downs Station Written by Barry Keough – Owner, Abingdon Downs. Our staff are currently at one of our mustering camps (Harry’s) which is approximately 20km from the homestead. The duration at Harry’s Camp lasts about four to five weeks, most times without a break in between. Harry’s Camp sits on the bank of […]