Nearest town for shopping, doctors etc.: Cunnamulla, 150km North West in Queensland or we can also head to Bourke in NSW which is 200km away.

Number of cattle: We are down to about 2500 sheep and have de-stocked all cattle at the moment, due to the drought. In a good rain/flood season we can have 1500 to 2000 cattle and up to 7000 sheep with progeny.

Number of staff (approx.): None. Hugh and I live and work on all jobs although Hugh does most of the farm work and I teach Distance Ed. When we need a second set of hands or damn handy man on a motorbike Tye Simmonds who runs Simmonds Contracting with his wife Steph in Bourke is who we ring.

Size of station: 100,000 acres made up of 3 properties that share common boundaries.

How often and how the mail is delivered: Twice a week, Tuesday and Friday (most of the time) by a mail contractor that comes out from Cunnamulla.

How often and how the stores shopping is done: We do a large shop about once or twice a month that tops up the pantry and deep freezers and keeps our staples sorted. We refresh our veges, milk and bread once a week usually with someone heading to town or we get the mail contractor to pick it up and run it down with the mail. 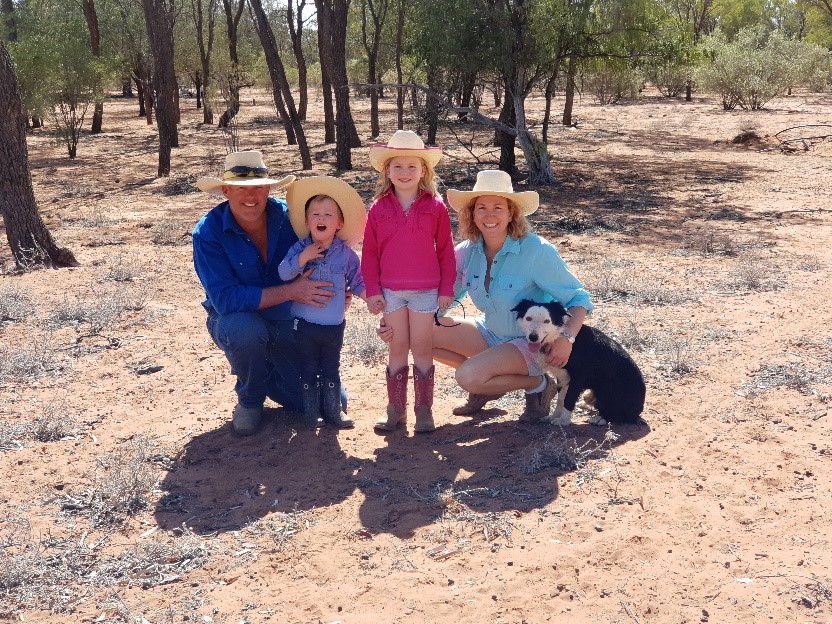 Tips for young (and old) players in south-west Queensland

Host: Barrygowan Station Written by Tannas Godfrey, co-owner.  When I came to Barrygowan Station, I had been fortunate to have a diverse range of experiences in my life. I grew up on North Stradbroke Island on the East coast of Queensland. I have been a lifesaver, served as an Officer in the Australian Army and […]

Host: Barrygowan Station Written by Samantha Thompson, Family friend. I live in London, as far removed from the Queensland countryside as you can get but my ties to the “bush” are strong as some of my closest friends live and work in rural communities. As a child of immigrants, many a school holiday was spent squashed […]

Host: Barrygowan Station Written by Tannas Godfrey, co-manager. I want to start this article by saying that I will put up my hand and say that I am not a person with a natural sense of direction. When I went away to the Royal Military College in Duntroon, it became apparent very early on I […]

Host: Barrygowan Station Written by Tannas Godfrey, co-manager. As I mentioned in our introduction my husband Hugh and I run Barrygowan as part of the family business, Tinnenburra Pastoral Company.  I thought I would talk about what has been involved since my husband’s family came to own it, we followed a few years after Geoff […]

Host: Barrygowan Station Written by Geoff Arthur, previous owner. The year 1950 was the beginning of a golden 20 years for sheep industry in Australia – and Barrygowan was in a prime position to take advantage of that. Season-wise, 1950 to 1956 were bumper years which coincided with the wool boom generated by the Korean […]