Owners/Manager: Meda Station is managed by Troy Haslet and is owned by Jumbuck Pastoral, a family owned Adelaide based company.

Number of Staff: 12-14 during the dry season, dropping back to 3 over the wet season

How often and how is the mail delivered: It is picked up from town a couple of times a week

How often and how the stores shopping is done: An online order is done once a fortnight and is then picked up from town

Meda homestead is situated 40km from Derby, down the Gibb River Road. The property is made up of two pastoral leases, those being Meda and the western half of Kimberley Downs. The run starts approximately 15km up the Gibb with the eastern boundary being at the Lennard River bridge, two thirds of the property is on the northern side of the Gibb River Road with the other third on the south side. We are fortunate to have a large amount of river country at Meda with the Lennard River running through the property which splits in to the May and Meda Rivers which both also run through the property and out into the King Sound. 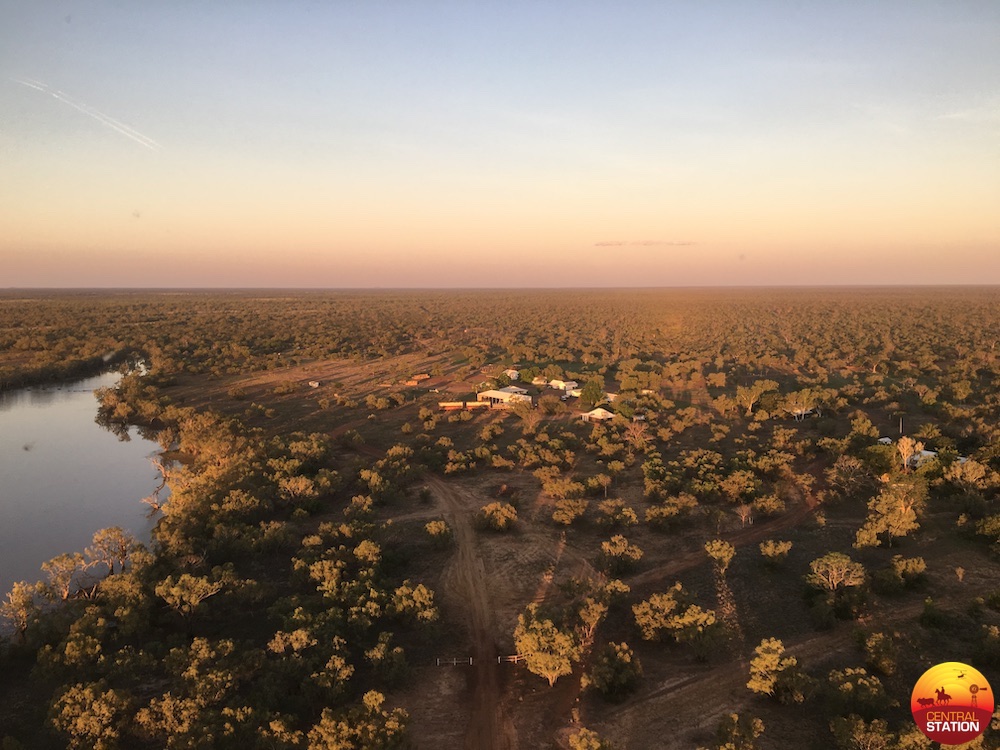 Meda homestead and buildings from the air. 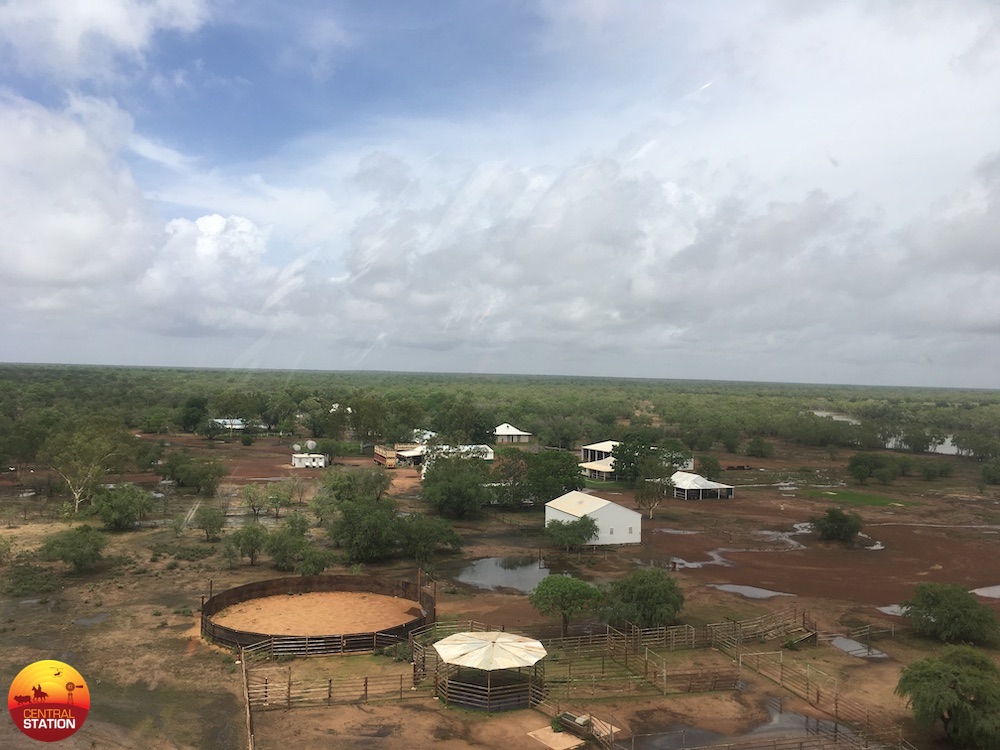 Meda runs a predominately Red Brahman herd, with a large majority of our sale cattle being sold live export to Indonesia. We have 8 in our stockcamp, this being made up of a head stockman and 7 ringers. We muster the property twice a year in a two rounds, generally turning off most of our sale steers after first round is complete before going through our heifers and drafting them up for both sale and replacement stock. Once the cattle work is complete it is time to get into fencing, maintenance work and breaking in a few horses before getting back to the cattle work and the second round of mustering. We muster all our cattle with the use of helicopters and horse. The helicopters are used to bring the cattle together and then the cattle are walked to the yards by the stockcamp on horses, this type of mustering is called coacher mustering. 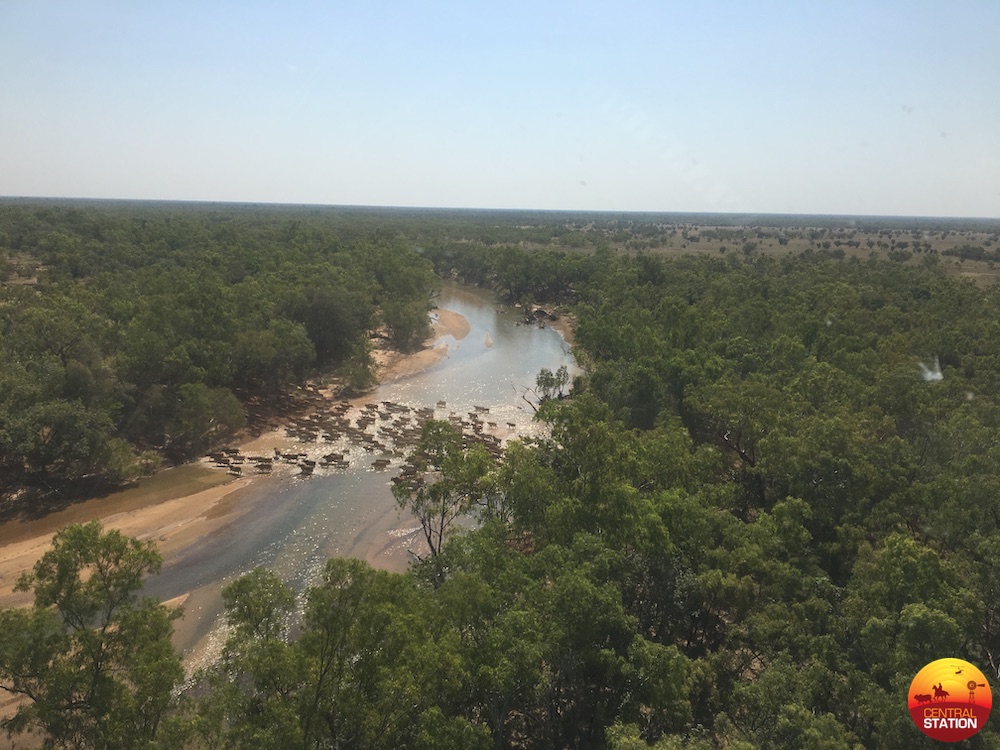 View from the air of the stockcamp crossing cattle across May River. 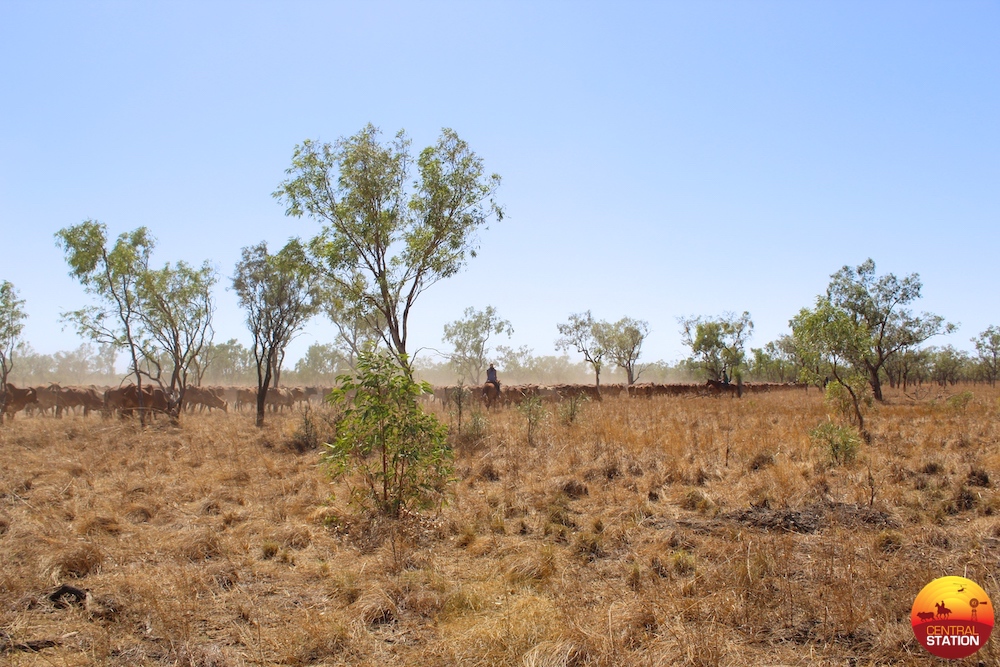 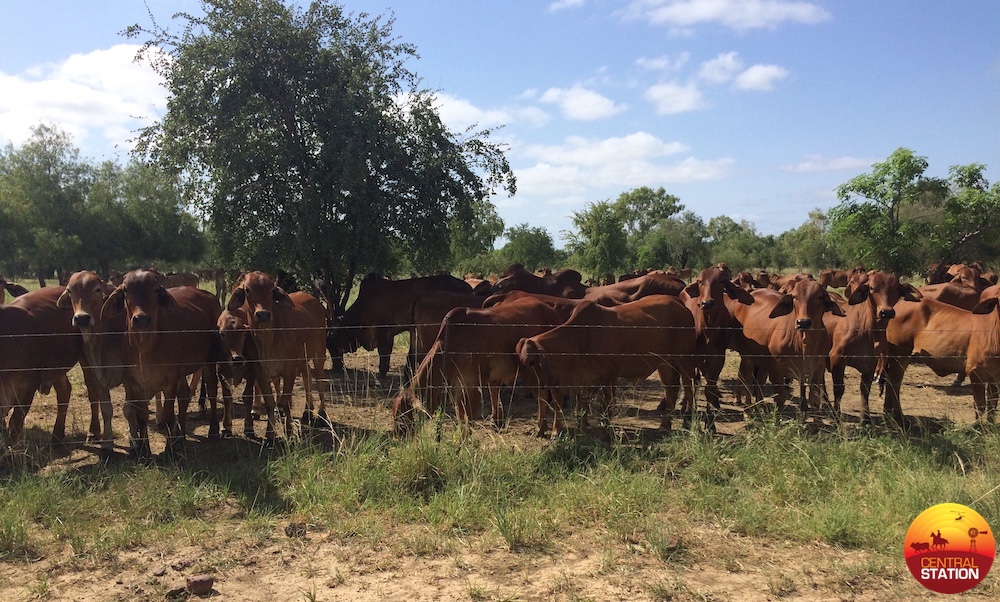 Aside from the stockcamp the other seasonal staff we have at the station are a cook and grader driver. Our full time staff are Troy as Manager, our boreman and mechanic Jase and his partner Tara and then over at Kimberley Downs we have Kev, his wife Mel and their two children Charlie and Billy. Kev keeps up with the bores and maintenance on the KD side of the run.

Now a little about Troy and Monica. Troy grew up in a town called Merriden, which between Perth and Kalgoolie, after high school he came up to the Kimberley where he started working out at Kalyeeda Station for Peter Camp. Troy worked for Peter for the following 5 years then came across to Meda where he took on the role of head stockman. After two years as head stockman Troy took on the role of Manager and is now heading into his 6th year in the role.

Mon grew up in New Zealand near Dunedin then later Christchurch. She came over to the Kimberley in 2014 to give work on a cattle station a go, where she met Troy. She worked in the stockcamp up until mid 2017 when she ‘retired’ from that role and took on the role of mother to their daughter Marlee, helping out around the station and visiting the stock camp when she can.

We hope you reading enjoy our blogs and they give you a little insight into life at Meda. 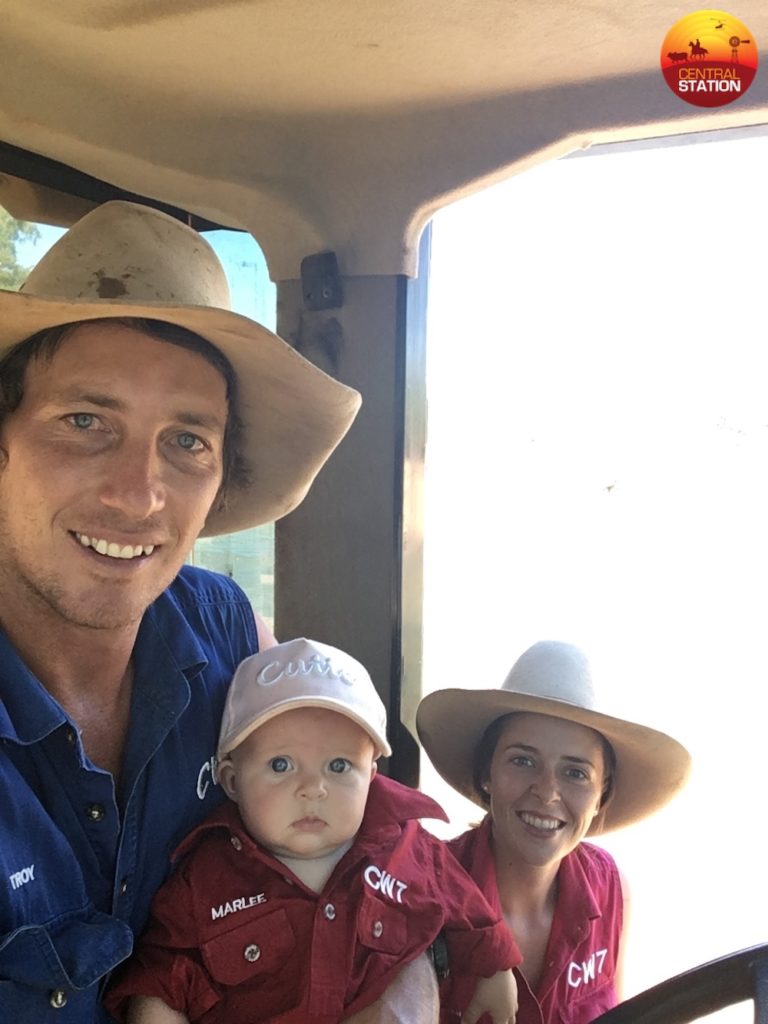