A different way to get to work

We’re drafting at the yards today. Out at Rodney’s bore that 17kms from the homestead. Yesterday we mustered in the breeders from the paddock with horses, bikes and choppers and today we’re ready to start pulling off those big sappy weaners, vaccinate the cows and brand the baby calves.

We get up in the dark and the crew starts getting ready to head out. The vaccines need taken from the cold room, the poddies and horses fed. Water bottles need to be filled and Smoko made up. Vehicles are checked out and warmed up and everyone gets ready to head out. The crew will jump on the back of the old, beaten up bush Toyotas and drive the dusty graded track to the windmill.

But not me this year. Today I will be working in the yards, but my mode of transport out there will be a bit more primitive. Today I am going to run.

You see, things have been a bit different since I had a baby 16 months ago. Life as an outback mother has opened up a few different challenges in my day-to-day life. A lack of childcare out in the bush means that last season I spent more time watching the mustering and yard work from a distance rather than participating. Any time away from my son involved a snatched hour here and there when someone else could be spared from their own jobs to mind my playful baby boy for a while.

It was never quite enough time for me to indulge in my usual passion of riding horses and as a pretty fidgety person I found myself going a bit loopy being stuck at the homestead all day waiting for the crew to come home. After years of working a physical job and then going to hanging around at home I felt weak and a bit directionless, quite honestly.  I needed a challenge and, as a previous long distance runner, when a friend of mine told me she was going to run the Rottnest Marathon in October I thought ‘why not?’

It was a great excuse to leave the homestead and get out and have a bit of headspace. Twice a week as the sun started to slip and we got a bit of respite from the glaring heat of the day I would palm my six month old baby off to his granny, his daddy, our lovely cook Claudia or anyone else I vaguely trusted to not let him crawl off and drown in the paddling pool with and take myself out on one of the many station tracks.

I would run fence lines, bore roads, the main access road… wherever. Sometimes I would go check the billabong and start the pump or run out to see if any of the broodmares had foaled. 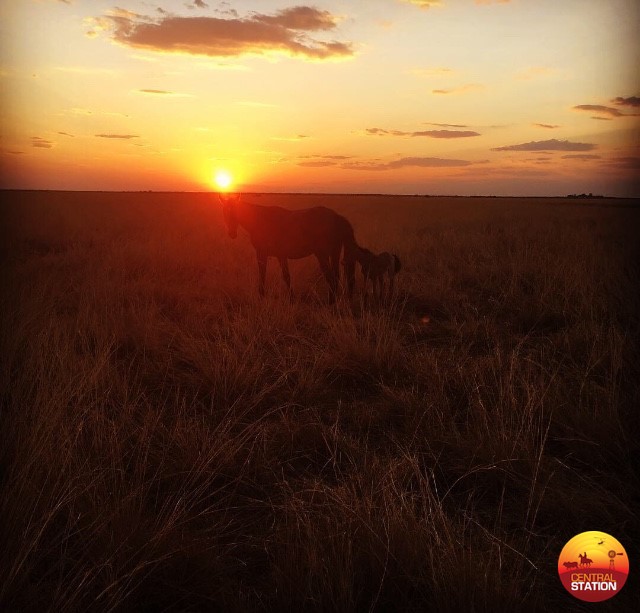 The beautiful things you can see out on an evening’s run.

Running is a pretty cool way of seeing some awesome nature up close. I’ve snuck up on a good few crocs out in the waterholes and been nearly on top of kangaroos and brolgas before they moved. I’ve also nearly stepped on several snakes but that’s probably more testament to my dozy ways than the joy of nature. 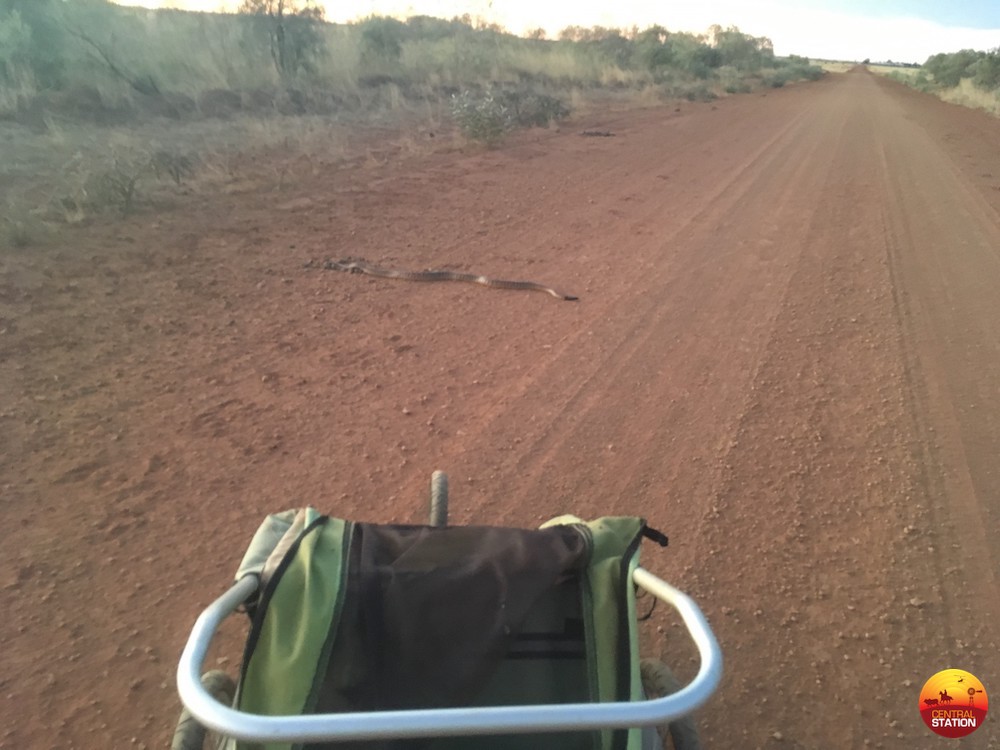 Every Sunday when the crew had their day off I would make the most of my poor husband lying in bed desperate for a sleep-in and leave him with the baby as I snuck out the door while the world was still black to squeeze in a long run before it got too hot outside.

As I got fitter two hours turned into three and the distances stretched. Visitors coming down our access road were always a bit puzzled to find random bottles of water stashed by the gates where I had driven out and left them the day before in preparation for my outings.

Once I was up and out of bed I grew to really love those early morning runs. Out here in the desert we get some epic sunrises and when Its just you and the smell of the spinifex and nothing else for miles around its incredibly peaceful. I wont lie though – as the runs got longer my body did start to get pretty weary – especially as September brought the start of the heat.

By the time October came around I was pretty sore and tired and incredibly worried about how my few months training out in the F L A T desert sands of Kalyeeda would prepare me for running a marathon in the hills of Rottnest island. I was swapping my cows for quokkas and my sandy tracks for sharp inclines and I was pretty sure it was not going to be an easy transition. But I’m never one to back down from a challenge, however daft it may be. Off I trotted with my 9 month old baby and ever patient husband for a quick pre-second round of mustering holiday to Perth.

Before setting out I felt a bit of an outsider in this world of marathon running. I was a slightly exhausted first time mother who trained alone around the tracks and fencelines of a cattlestation. A girl with no running friends and a nine month old baby and a hungover husband sleeping totally disinterested under a tree somewhere. I was more used to dodging cracks in the claypans of the Kimberley or complaining about deep sand on one of our more cut up bush tracks than slipping on wet asphalt on a southern island. 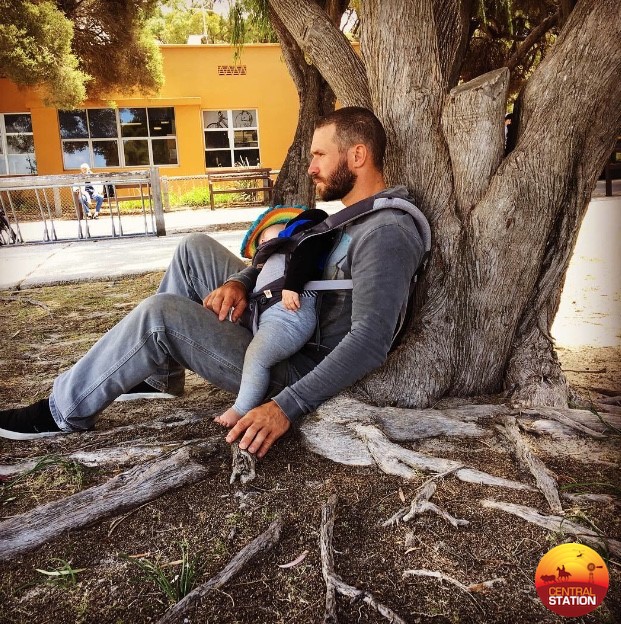 My support crew are super enthusiastic.

There were so many reasons to not run the race it was pretty tempting to stop before I even started. But I had come that far, so start I did. And as I settled into the rhythm of my pace in the long trek around the island (four bloody times!) I realised that like everyone here had their own stories and adversities.

There were women like me, there were men in their seventies. There was a bloke with a physical disability that had him with supports all up one leg to enable him to run. There were professional athletes and there were people who could stand to lose more than a few kilos.

Everyone was there to prove a point to themselves – to keep going and push on when it would be so easy just to give up. And that’s why running is such a great metaphor for life. There’s always a reason not to finish and an excuse to not even start.

Some days it’s tough and other days you feel as strong and light as the wind. But at the end of the day if you don’t finish a run, or you don’t give it all you’ve got in this life, then the only person it affects is you. Its what you make of it and your attitude that will push you through training and whatever obstacles stand in your way. 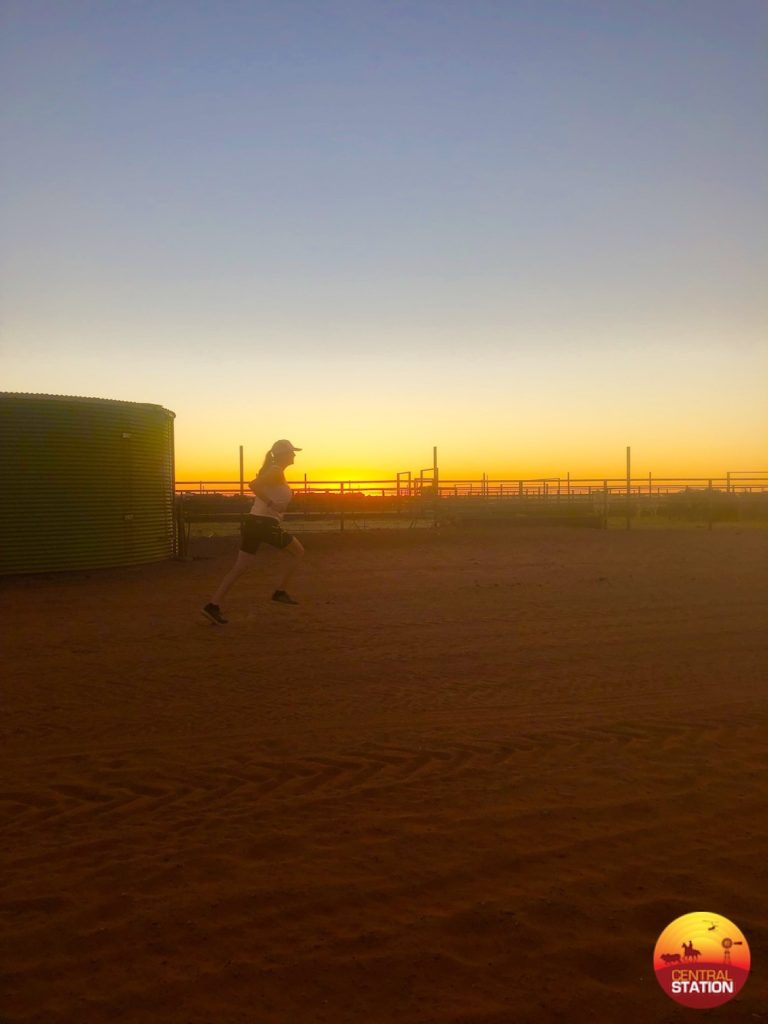 Like in life, running is all about taking part and not giving up on yourself. A lesson I hope to show my son.

A lot of people told me I was mad training and running the marathon – that it was pointless and a waste of time, effort and money. That’s okay, I didn’t do it for anyone else’s approval. I did it for me. Because last year that was something I needed to do in order to bring back a little bit of my own identity after the upheaval that goes with quitting work and your own identity to become a mother.

Which brings me back to this year.

Since I started my marathon journey a year has passed. My babe in arms has become a toddling terror. He still needs constant supervision of course, but being a year older and more robust has given me a new freedom. Now he can come with me to feed and muck out the horses and help me do the poddy calves.

I’m super lucky at the moment as my parents are visiting me to look after him for a whole month as we are currently mustering at Kalyeeda. It’s all hands on deck so I’m back on my trusty mare for mustering and back to branding calves and running around the back yards. Days drafting are long – from before sunrise to long after its set so trying to squeeze in a bit of a run can be difficult.

That’s why today, as everyone else feeds horses and prepares gear for drafting I will settle Stewart one last time and sneak out the door, leaving him under the care of Granny and Grandpa Haggis. Cause I still like to go for a bit of a run and after all Broome Marathon is only 10 weeks away…

Its 17kms out to Rodneys bore… I slip on my trusty blue Nikes and I’m ready to head into that big red sun that’s rising over the Windmill.

‘You’re mad!” Alana – one of our trusty young Ringers tells me as I jog past the homestead. She’s probably right. But I’m not going to miss the opportunity to get back into a job I love and nor do I want to give up on my training for a marathon on my home turf – the sandy expanse of Cable Beach.

And at lunch time, after I have run to work and spend the morning branding the calves and vaccinating the last of the cows my son will come out with his grandparents to bring us a cut lunch and some cold water as we have a break under one of the sparse little trees that are dotted around the yard site.

On days like today as I pound out along the bull-dust track feeling strong and well in my body and my mind I think to myself; ‘Who says you can’t have it all?’ 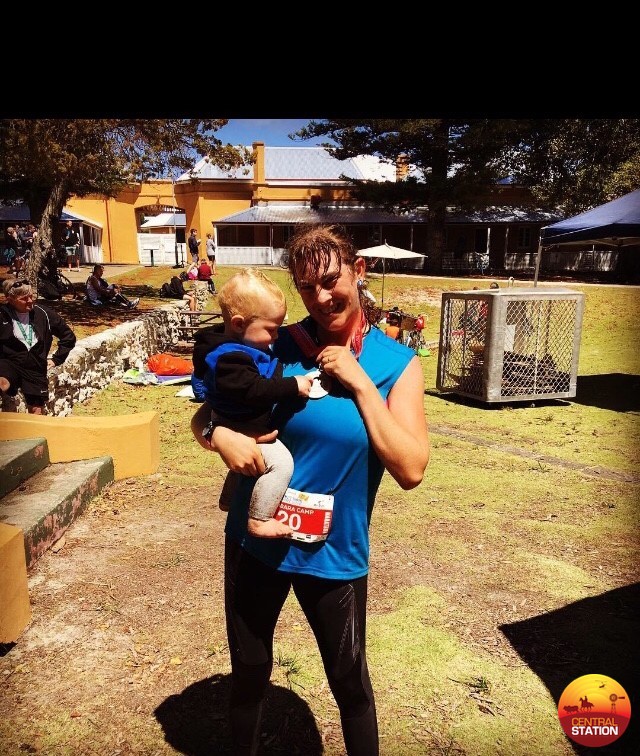 Well, from the lady who is choked up with dust and collapsed over on her overused legs as well as crippled in the back from bending over castrating calves all day and bruised from slipping over trying to climb rails I can tell you when everyone told me that was a bad idea… they were probably right.

You can indeed have it all – the only thing about having it all, though is it can be a little bit much.