Pregnancy testing in the outback

Today we are going on a little trip to the ultra sound clinic. Don’t worry – I’m not pregnant again or anything like that, so calm down. No, today we are talking cattle – I know . . . one of my favourite topics . . . right?!

When I was pregnant Mr Chardy always used to tell me that us women are “just like cows” and he would explain it all to me . . . because I had no idea . . . seriously, I didn’t! And it turns out he was right, they even have ultrasounds. Although I don’t think these cows had to drink copious amounts of water and then hold it in for two hours. Anyway, back to the subject at hand: Ultra Sound for cows.

Usually we get a vet out to preg test manually – this involves donning a super long glove, lubing up, and shoving your hand/arm into the cows backside. Charming right? Are you still with me? Hang in there. So the vet (or often Mr Chardy) would shove his hand up thousands of cows backsides and feel around to see if 1) they were indeed pregnant and 2) try and see how far along they are. Can you imagine how sore your hand would be after 2,000 cows?!

This year a bloke by the name of Nick came up to ultrasound the cattle. We haven’t done this before. Nick came all the way from Inverell in NSW. Now I could go into extreme detail about what went on but rather than do that, here is a visual for you . . . 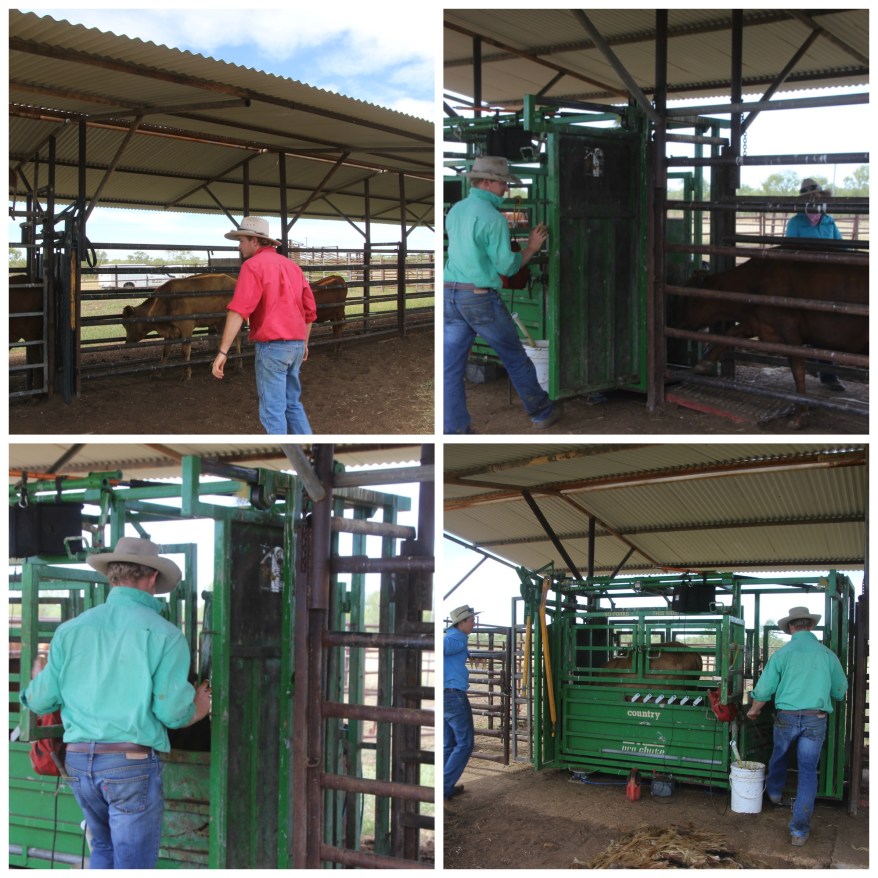 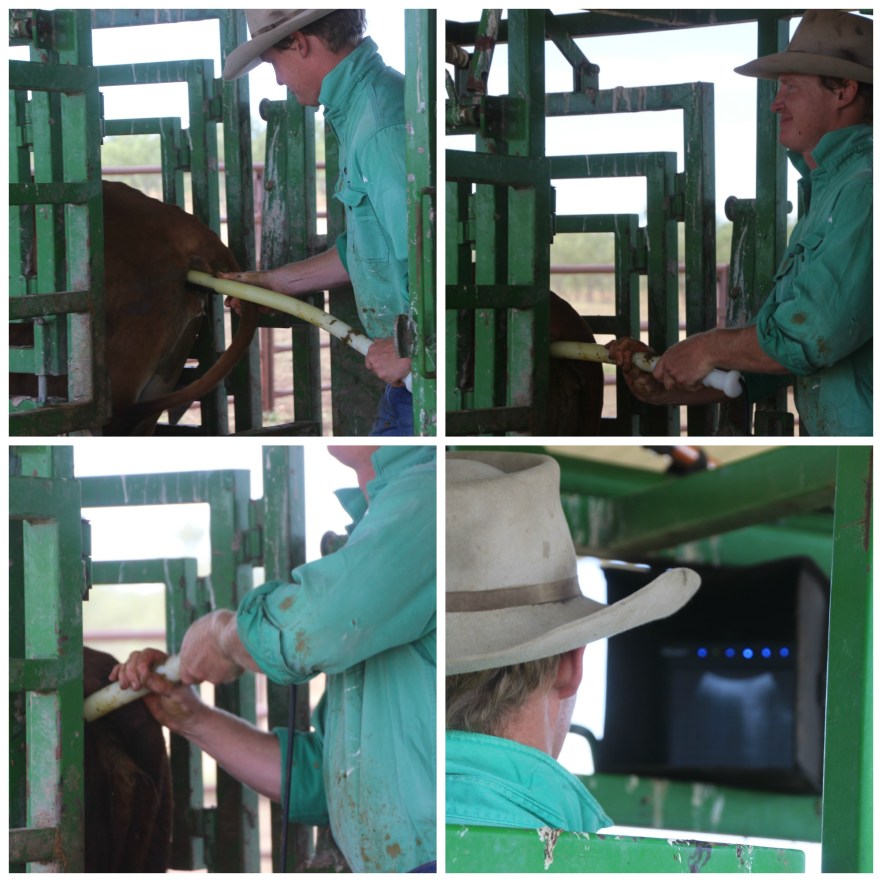 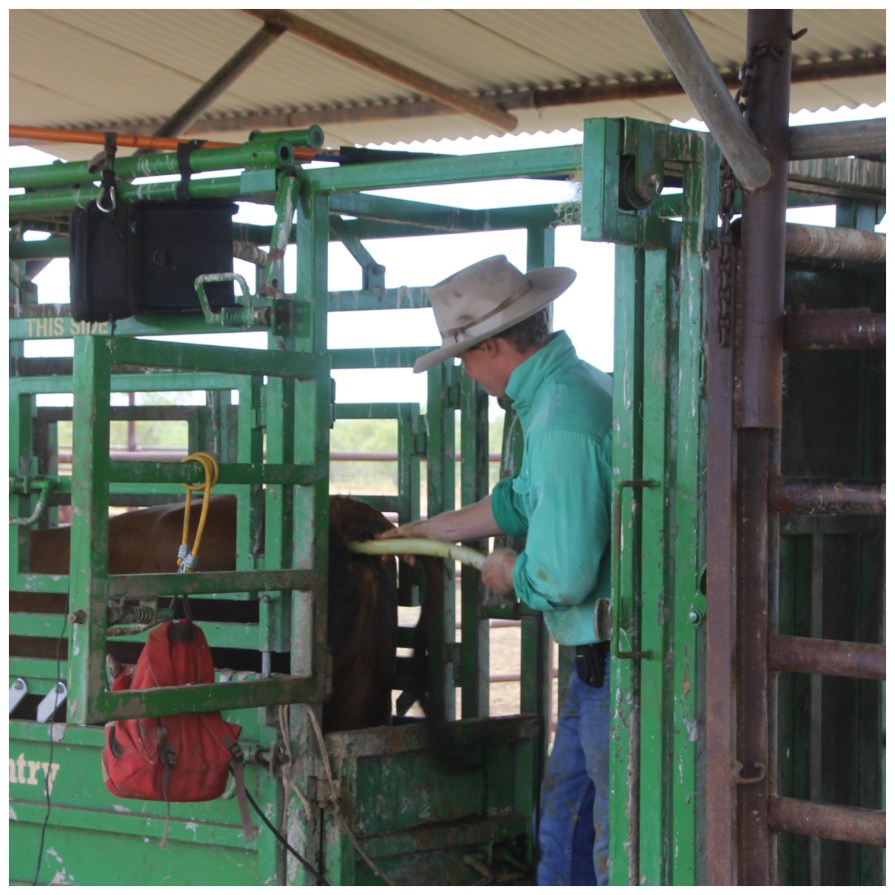 Each cow (well every head on the place, once they have been weaned/branded/tagged) has a little round tag in their ear – a microchip. This tag stores a unique number which means they have lifetime traceability. Georgie is scanning each cow – using that little yellow wand. Bit like a fairy really, isn’t she?! When they go into the crush they also get weighed. All of this data goes into that little yellow machine and is then downloaded onto the computer. 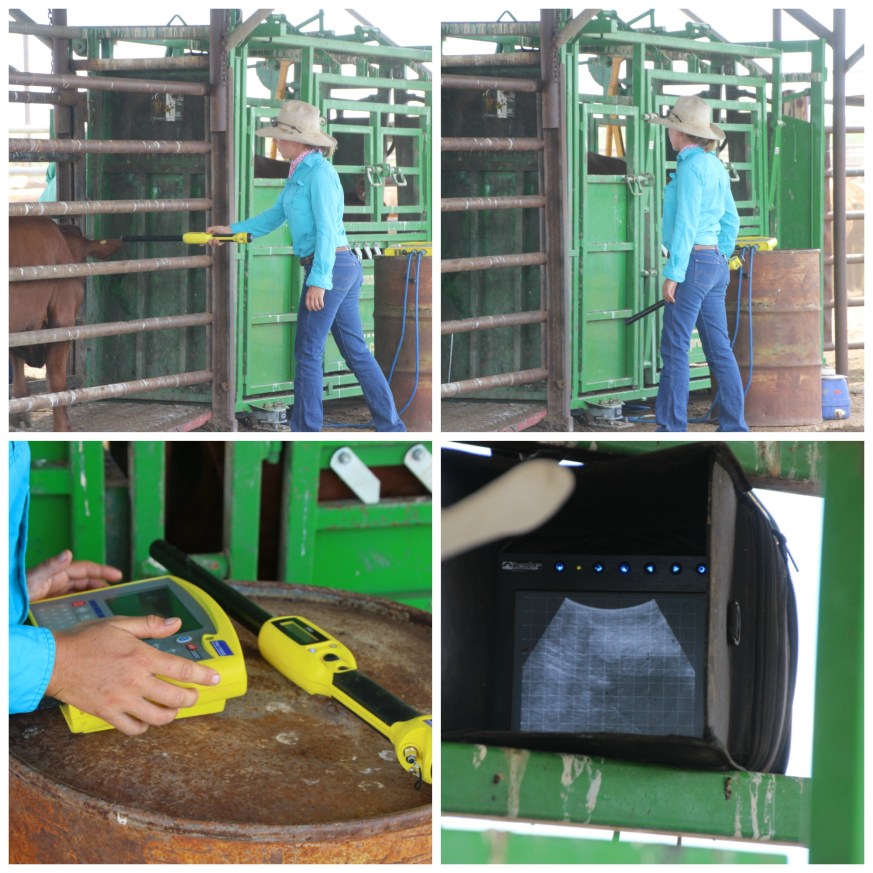 Unfortunately each cow doesn’t get a print out of their ultra sound to put on Facebook, poor buggers. Pretty cool though isn’t it?! 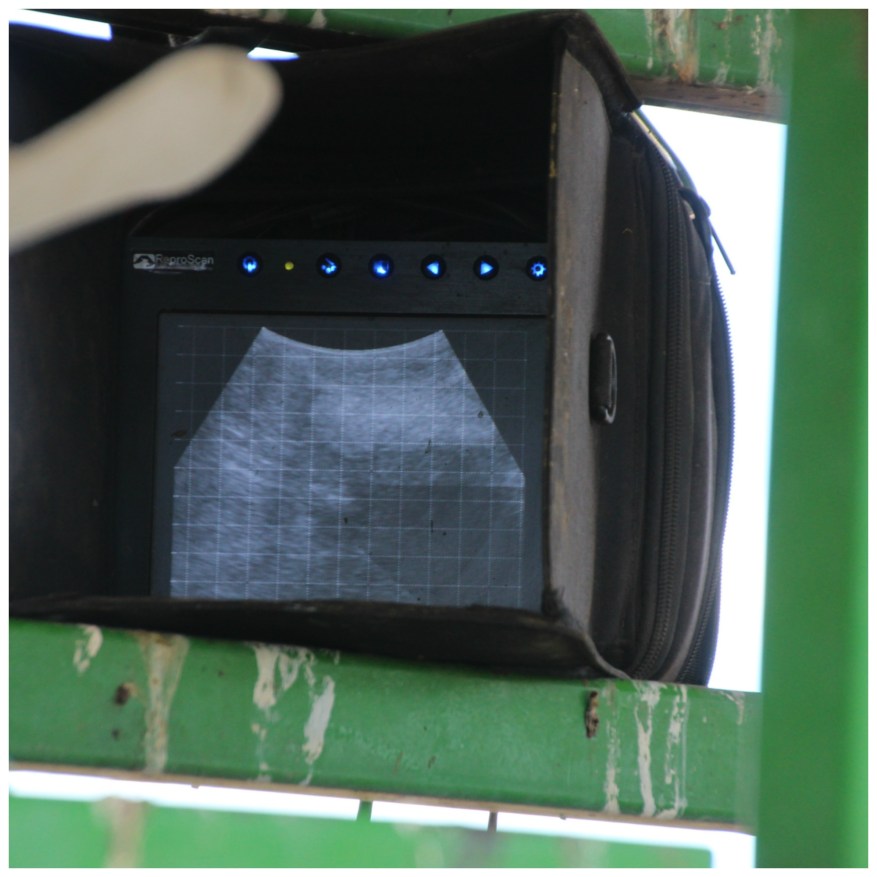 The whole process is a lot less invasive than the manual method. I can only imagine that the cow is a lot happier having that probe shoved in there rather than a mans hand and arm. And fast, by golly he was quick, they could hardly keep the cattle up to him.

All in all we were very impressed.