The farmer wants a son-in-law

NOTE: For a bit of context this blog is a follow-up to a bit of a funny situation I found myself in after writing what I thought was a joke piece a few years ago about diversifying our station into a dating scheme due to the high number of relationships that have started out here.

The joke was on me. I was subsequently responsible for a record number of ‘Single and Ready to Mingle’ applicants for the service and the idea was picked up by a TV crew who apparently did not understand the article was tongue-in-cheek and was very interested in filming The Great Kalyeeda Outback Dating Scheme. At the time I found this all a bit bizarre, but recently I’ve been thinking…

I’ve found myself having parallel conversations in a few different settings recently and wonder just how interlinked the situations are. Conversation one started in the typical cringe-worthy setting of an older relative (in this case my father in law and Camp family patriarch Peter Camp) exercising his fatherly duty of giving his late twenties single daughter grief about why she is not yet married/sprogged up/in a meaningful relationship.

“I live in a cattle station in the middle of nowhere, Dad. My chances of meeting men is somewhat limited at the present” Camille replied with a roll of her eyes.

“They have an average age of about twenty two and all they’re interested in is partying, fishing and riding rodeo. I’m looking for someone a bit more adult now, thanks.”

This answer got me thinking about another conversation I’d recently had with my husband the day before.

In the interests of full disclosure we did in fact meet on the station. This was when we were twenty and were indeed probably only interested in partying, chasing cows and rodeo. Now we are well out past the other side of thirty and still in the cattle industry we have found that managing a few rogue spayed cows in the yard has no mental stress compared to the dramas of managing staff.

“I’ve got people who can ride but have no mechanical experience.” James commented as he sifted through piles of resumes.

“And I’ve got a few promising looking kids straight out of school. There’s a couple of people who can handle machines but have zero clue how to work stock. I just don’t have anyone who can do it all. I need a head stockman.”

We try to staff Kalyeeda as a holistic team. There are people who are good at some things but may have never had any experience at another essential station job, but that’s okay because there’s usually someone else on the team who is strong in a different area.

For example every year we get countless resumes from people who are excellent on a horse but don’t have a clue how to change a tyre let along fix one. But then we might also have someone who has zero interest in equestrian pursuits but is fascinated by the turn of a tractor wheel.

We also get bush recruitment agencies sending up young ringers straight out of school with no experience. These sorts are often worth their weight in gold by the end of the season, however it takes time to train them and without experienced staff around for them to learn off it can be a slow process.

This leads us to the position of Head Stockman. This is an elusive and difficult role to fill. We’re looking for someone who’s worked a couple of station jobs before – they understand the nuances and challenges of working on the land and have a broad skill base to fall back on out in these remote areas when there is no backup for mules around.

Someone who can change a gas bottle, use a welder, fix a fence and drive a truck. Someone you could send out to do a killer or muster a holding paddock into the yards. A real jack of all trades who a manager can delegate a broader plan to and then trust them to be able to carry out the necessary tasks with a dash of initiative and common sense. Someone good with animals and people. Hands that are strong yet soft, a broad back and kind eyes… 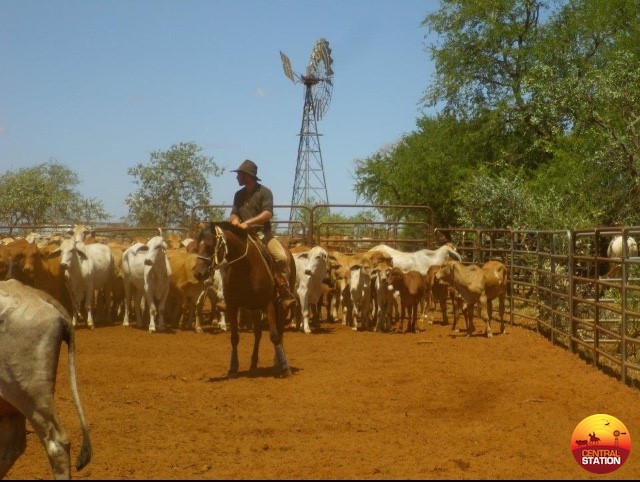 Wait – am I looking for a potential brother-in-law or head stockman here?

This is when I realised I’ve had the same conversation so many times in recent years both in terms of love and staffing a station. It seems to be a common bush issue – where are all the head stockmen at?

They seem to vanish to some mysterious place as ringers when their mullets reach a certain length of rattiness and the sleeves of their shirts can be ripped off no shorte only to reappear a few years later magically transformed into chopper pilots, managers and sales reps when they’ve swapped their six packs for a keg and nights drinking rum by the campfire for evenings in with the wife.

Where do they go in the intervening years?

I know it’s not just Kalyeeda that has this problem. I’ve had the same conversation with people across the country. From Angus breeders on the freezing farm of New South Wales to Wagu workers on the plains of the Pilbara. It’s an Australia wide drought affecting farmers daughters and managers both.

It seems there’s a real gap in both the recruitment and romantic market for a bloke (and yes – I’m being sexist here for two reasons – One; we will receive five resumes from women for every one we receive from a bloke, and Two; I am writing this with a load of very attractive straight single women in mind) in his mid to late twenties onwards with established work and life skills looking to step up on the career path/ settle down on the romantic front.

Now, since I wrote my original blog about the Outback Dating Service I know for a fact the stars still sparkle their magical love dust over aspiring couples out here on the edge of the desert. The gently symphony of donga doors creaking quietly open in the wee small hours of the night still testify to that – but now I’m looking to shake up the format of this regime. I want to solve the dating dilemmas and staffing situation all in one fell swoop.

Next year, instead of hiring a stock team I’m gonna hire a film crew this is going to hit Married at First Sight out of the water. I’m putting out the recruitment call – contestants for The Farmer Wants A Son-In Law 2020 please step forward.. 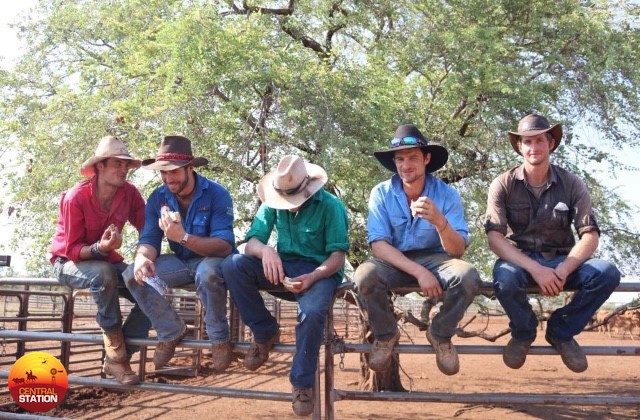 Is there a head stockman here ready to step up?

I have a group ladies of the land – real, unfiltered and actually useful agricultural girls who work for a living under the hot outback sun and still look damn fabulous even if they are covered in a layer of grime rather than a trowelful of makeup. They are all intelligent and driven and all looking to meet a bloke who has moved on and grown up from the reckless ringer who just wants to chase rodeo and drink Emu export on his days off.

Incidentally, we are looking for the same in a head-stockman and have a long, hard season ahead of us.

I propose to recruit an entire crew of ‘head stockmen’ on a trial basis. They will be put through their paces with shoeing, mustering, branding and fencing. They will have to prove they can work a mob of cattle and a bunch of jackaroos. Don’t apply unless your five-year plan goes beyond ‘sink a carton of piss and catch a meter-y Barra next weekend.’

They must be able to not only follow orders but also use initiative. They must be skilled in all general station tasks and be able to work well alone and in a team. Non-smoker and social drinker for preference.

All the while as they carry out work around the station they will be judged and challenged by the Grazihers.

They wont be handing out roses, but giving out horse shoes. Dates out here will be spent just the two of you checking fences in the busted old Toyota. Trust me – if that doesn’t bring to a head any relationship issues then nothing will.

We’ve got colts to break in, fences to put up and bores to sink. And see that truck? It’s not going to drive itself to town to pick up gear – who has their licence? We need blokes with real, practical skills and experience who are willing to come out to the Kimberley heat and battle it out to prove themselves as a cut above your average ringer. All while looking good in a pair of Wranglers.

And overlooking the whole procedure like the Osher of the Outback will be the Big Boss Peter Camp. That’s right – the farmer himself. He’s looking to find himself not only a decent head stockman he would trust to drive his beloved grader but someone worthy of the hand of one of his Girls. The girls will be able to say to the forlorn cowboy “you’re dumped”  after witnessing an episode of pretty poor rough riding and non low-stress cattle-handling in the weaner camp, but after said cowboy has failed to tighten the wheel nuts back on a newly replaced tyre and driven merrily away on a bore run Peter will be the one who says “you’re fired.” 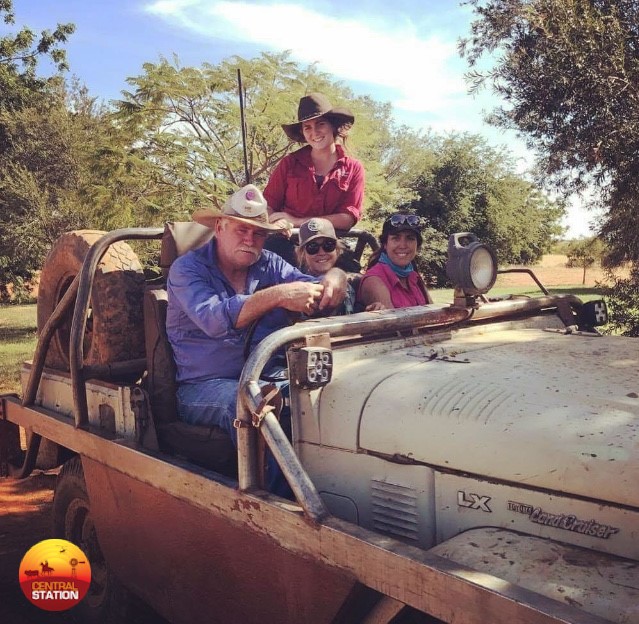 Are you man enough to take this on?

I think it going to make TV gold.

As every single girl and modern manager looking for good staff are known to cry out – where did all the good men go? If you’re out there then please apply to feature in next year’s smash TV hit- The Farmer Wants A Son In Law.

Who knows? In solving our recruitment issues you might also get lucky in love. 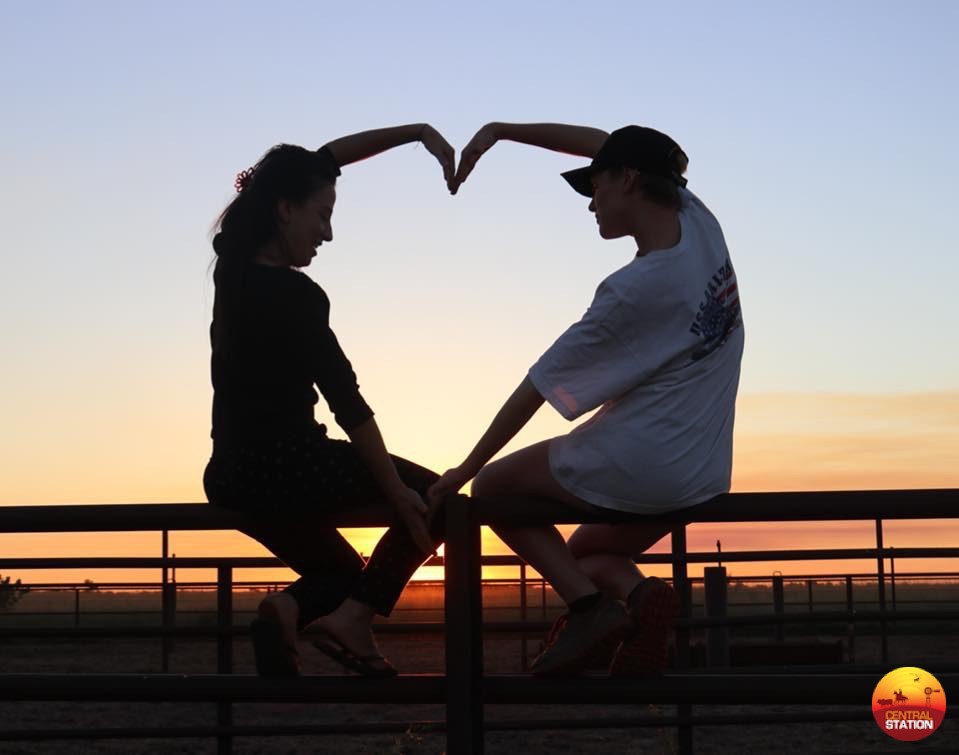 Recruiting for the 2020 season soon!