Can you think of anything more iconic to outback Australia than the old windmill? Standing tall and strong in an open field – I bet you can imagine that sound of metal creaking as the blades rotate around and around, ever so slowly.

Invented in America the 1850’s, windmills have been a huge part of Australian history. I know, I know – they say this country was built on the sheep’s back – but without water those sheep wouldn’t have gotten very far…

Before windmills, people could only graze livestock near surface water – whether it be rivers, creeks, springs, dams etc. Cattle generally don’t like to wander much farther than 5km from a water source, so as you can imagine there was a lot of country not able to be grazed.

The windmill meant people could access water without being anywhere near surface-water sources. With windmills, people could inhabit and develop new areas of country.

While the windmill has given so much to Australian agriculture, it has also taken from us on occasion. Working with a large structure, with moving parts both above and below ground, does not come without an inherent danger.

“Best practice” and Work Health and Safety requires anyone working on a windmill to wear a safety harness, but the traditionally lax attitude of people in the bush toward safety has meant we’ve lost more than one person to windmill falls. Then there’s the risk of moving blades, the pump rod, and various bits and pieces not being secured. All in all, though, the windmill has done far more good than bad. 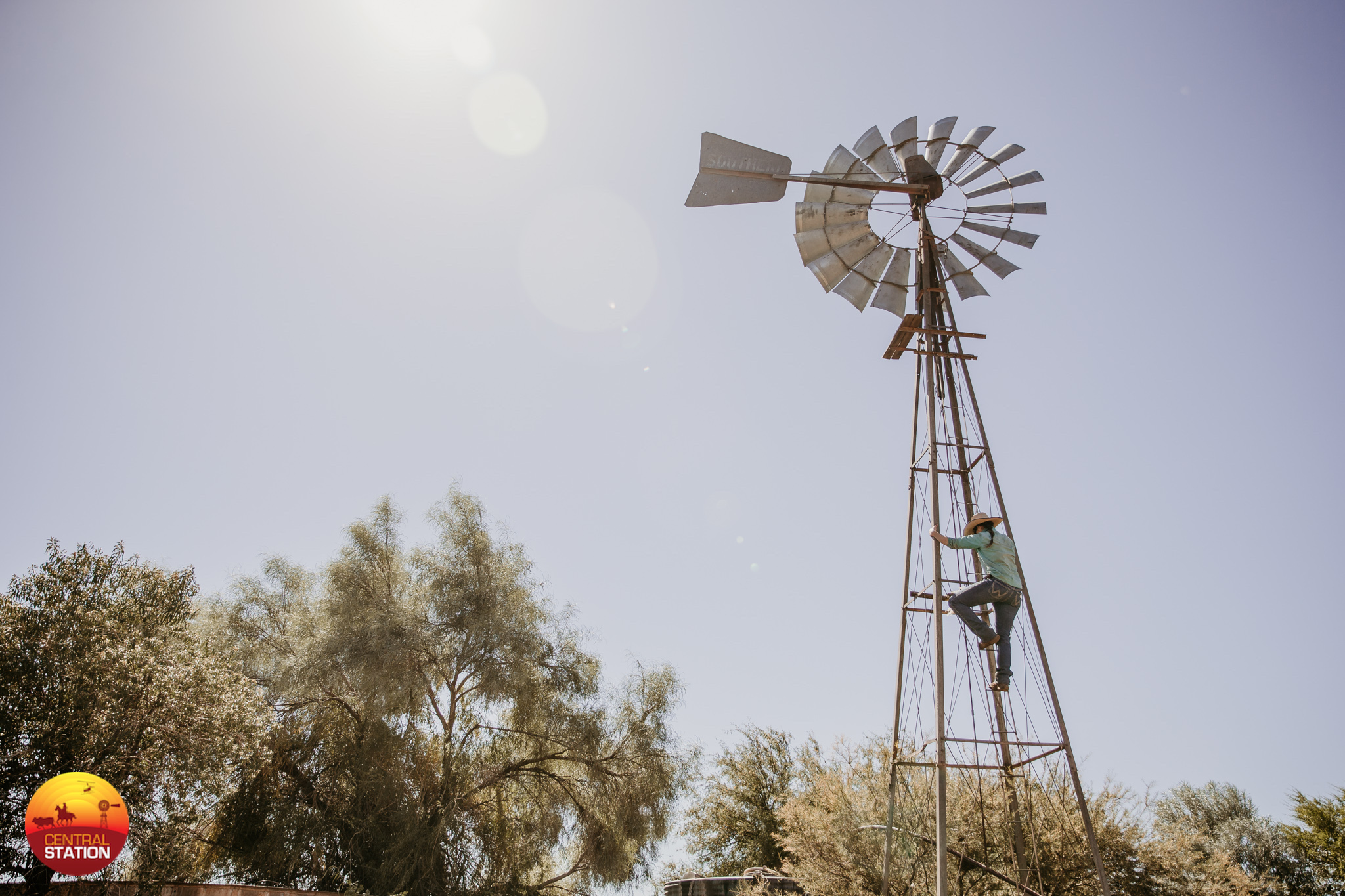 However, if you go driving through northern Australia in 2020, you’ll be hard pressed to find working windmills dotted across the landscape as they once did. Just like the iPod replaced the CD, and the cassette before that, these days mechanical bores and solar pumps have taken the place of the old windmill. Like buildings boarded up in an old ghost-town, today many windmills are nothing but a symbol of the past.

So, why the shift away from windmills?

As the name suggests, windmills are reliant on wind to be able to pump water. This means on days when there is little to no wind, there’s little to no water being pumped. I remember hearing about a “wind drought” the first time I went to work on a cattle station. The manager told me he’d spent a good deal of his summer carting water around the station because there was just not enough wind to pump enough water for livestock.

In addition to the danger of working with moving parts, and moving at heights, windmills can also require a lot of repairs and maintenance.

So, over time “mill runs” have become “bore runs”, although many people still use the terms interchangeably.

Mechanical bores rely on diesel to run the water pump, which means it doesn’t matter if it’s blowing gale force winds or dead still outside. The main limitation here though is diesel – when it runs out the pump will stop running. 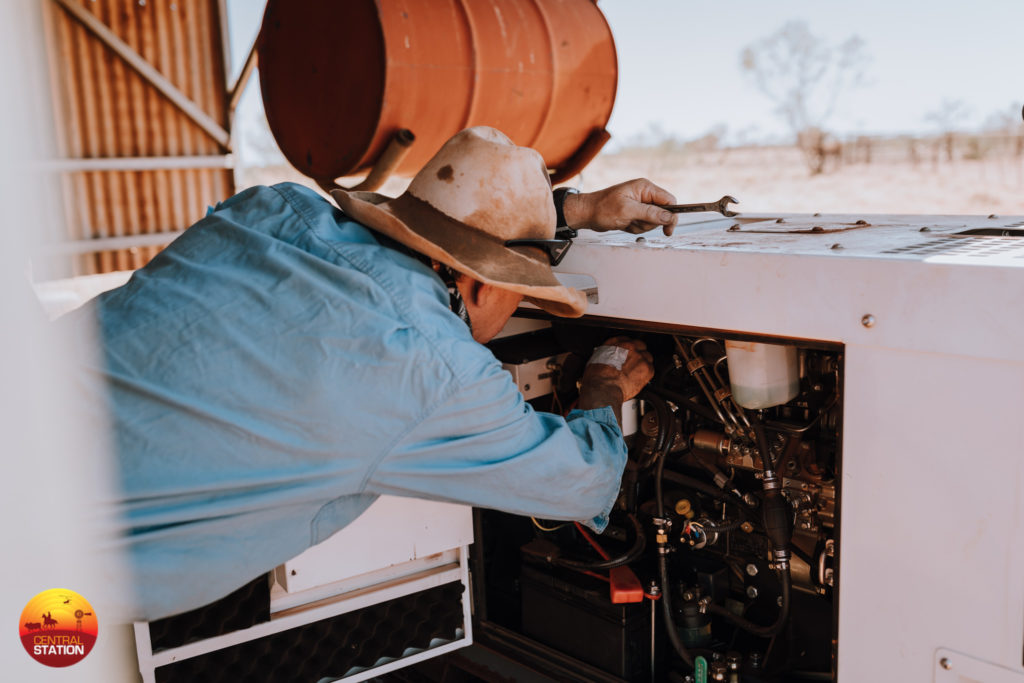 A genset uses diesel to create power to run an electronic pump. There are also bore motors, which use a belt to run pumps.

As technology has advanced, mechanical bores are starting to be replaced with solar panels. While a “wind drought” is one thing, a “sun drought” is not a problem many of us have ever run into (with the exception of night time of course!). Using solar panels removes the need for diesel, dropping the cost of supplying water to cattle while also being more environmentally friendly. 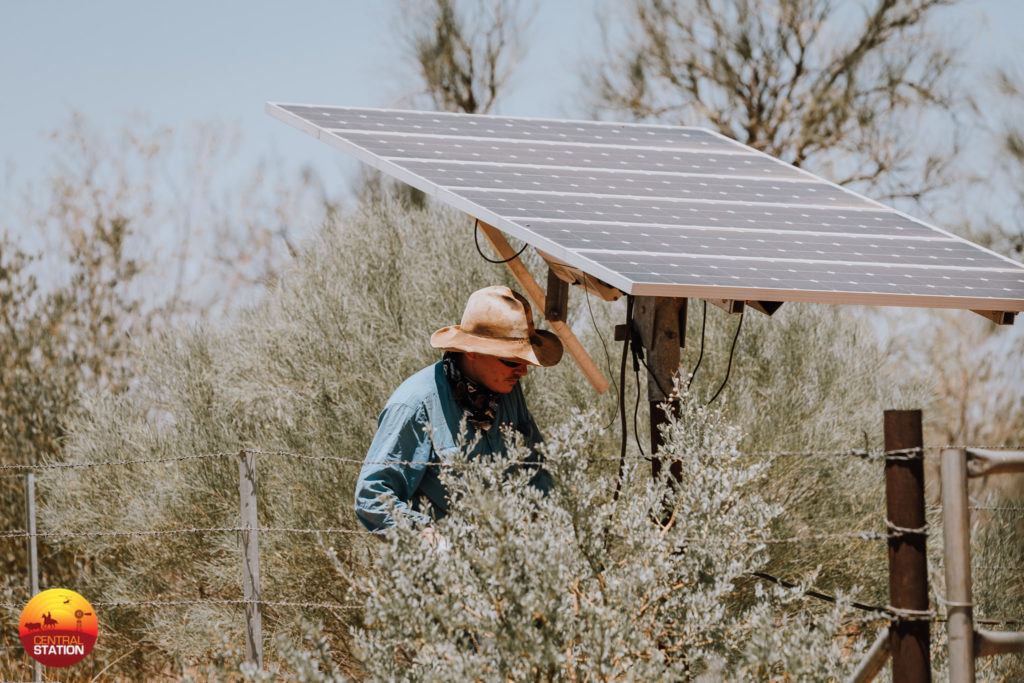 A solar panel at a water point.

Of course, each system has its own limitations – sometimes an overcast day can reduce the power of solar panels, and the size of the solar panel and pump will depend on the number of cattle you are trying to give a drink to. No system is perfect, but each is certainly providing more advantages than the last.

The other day I was on a “mill run” on a friend’s station when their 10-year-old son pointed out the last working windmill on the station, which was settled in the 1890’s. I couldn’t help but stop and look at the mighty metal structure and shake my head in amazement at how fast the method of supplying drinking water to livestock in this country has changed in just one century.

So, next time you see an old windmill, perhaps you’ll stop and smile as you think of how it has allowed our country to grow. 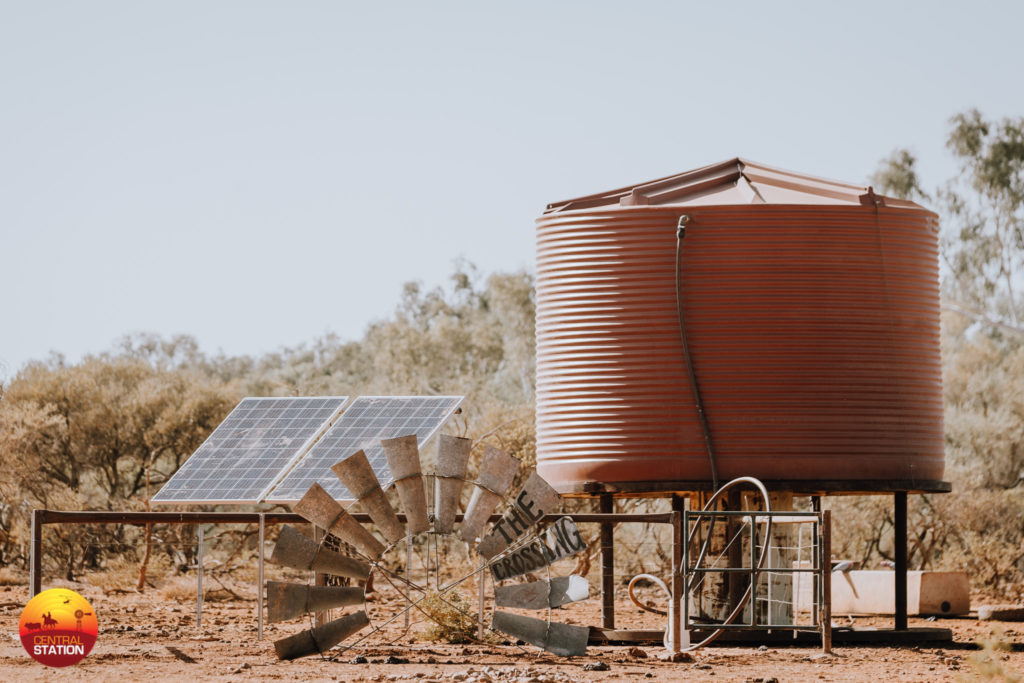 The past and the present.

< Are you bogged, mate? > 10 life lessons I learnt from living on a remote cattle station