By March 770ml of rain had fallen on Mandora. The place was wet – I mean really wet, our centennial average is about 350ml, so receiving more than double that really put a damper on things. This was a pretty stressful time for us, we hadn’t experienced anything like this before and the welfare of the cattle was our biggest concern. The majority of our breeder cows were living on the coastal plains which makes up about 90,000 acres. It is highly productive country and was easily supporting the cattle that were living there… until the flood waters pretty well destroyed 40% of it. We knew there would be cattle out on the plains so when we got wind that a helicopter had been hired by the neighbours we shared the costs and went for a look around. 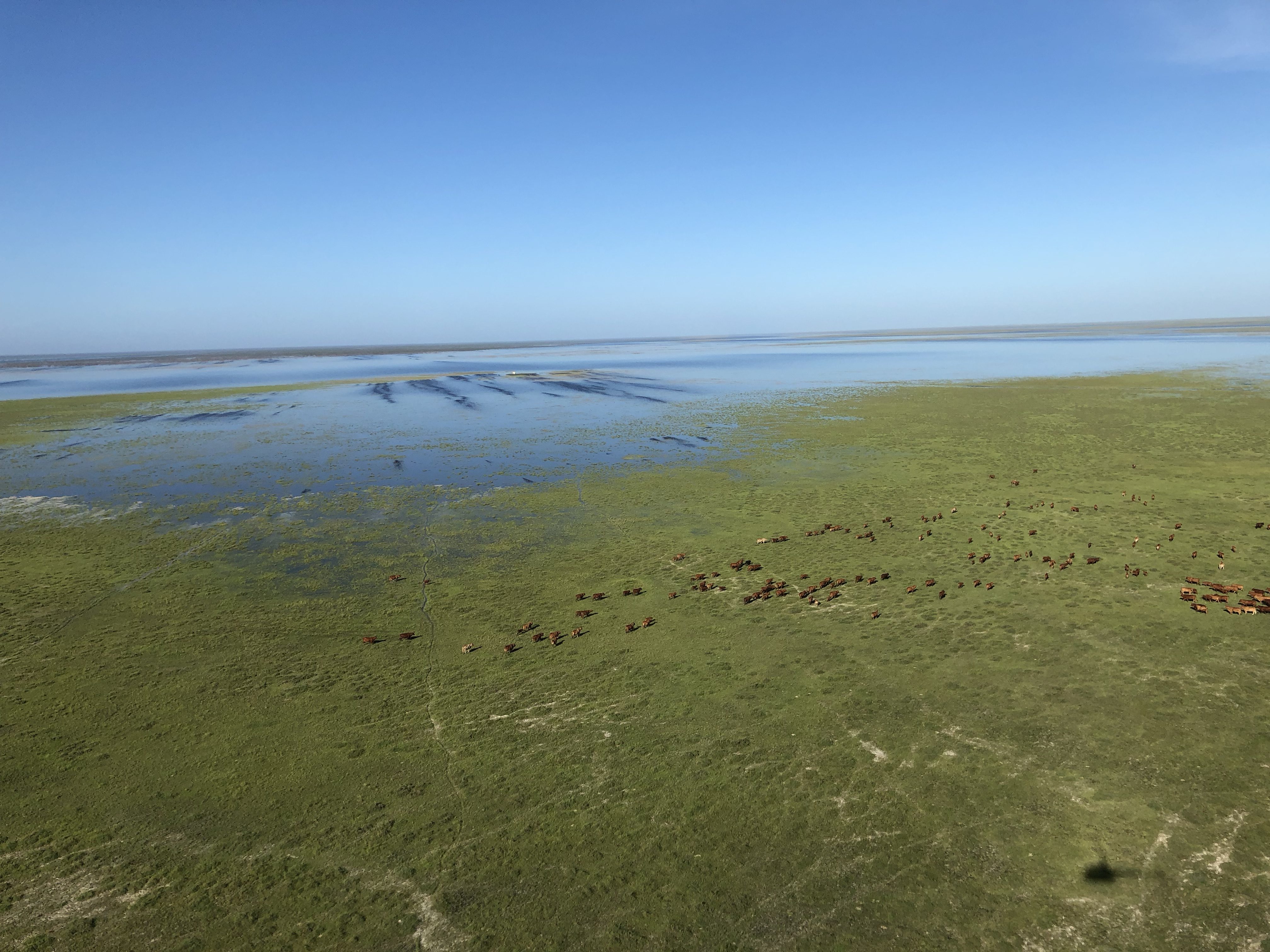 Cattle out grazing on higher ground.

There were quite a few cattle marooned on islands. We knew that they would be ok, but only for a few days. The decision was made to hire a helicopter. Ben and I got up at dawn and drove down to pick up the machine. We met the pilot in a parking bay just south of Port Hedland and Ben flew it home and got straight to work. Most of the cattle were still doing just fine, they had plenty of water and the feed was lasting well so far, however some did need moving to higher ground as they were either running low on feed or the water was rising. This was no easy task – crossing water is something our cattle don’t get to experience odten, so it took a little convincing to get them to walk across any free standing water. Once they had figured out it was for their greater good they moved along nicely. We had the helicopter here for a month, and that was enough time to safely move all the cattle out of the flooded country into the pindan. 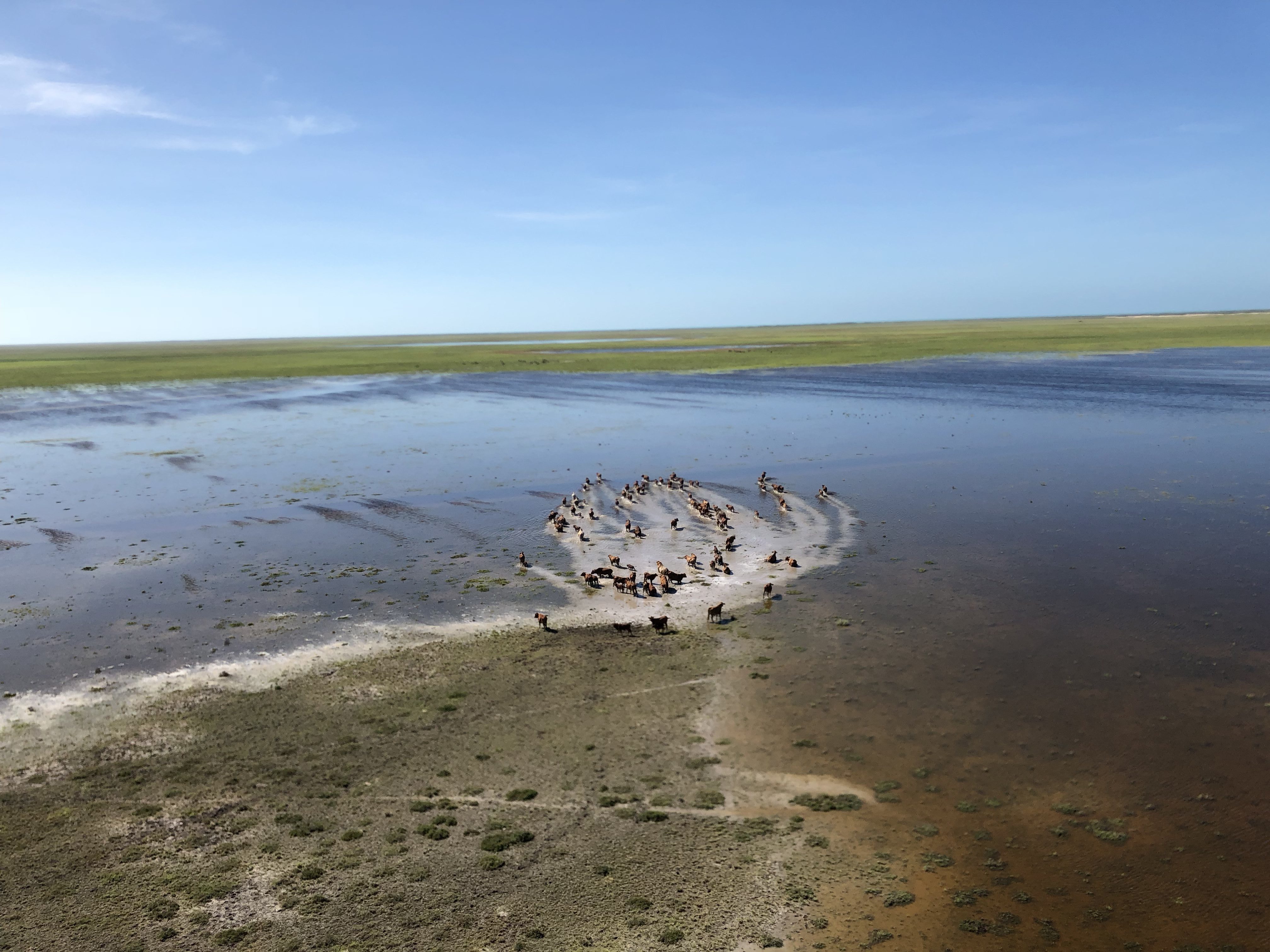 Our next worry was how the country would recover. We eagerly waited for the water to reside, we were keen to see how the grasslands had fared. By the time the water had dropped enough to drive around and have a good look, some areas had been under water for nearly six months. We knew there was going to be a slim to nil chance that the grass would grow back as quickly as we needed it to, it’s safe to say that we didn’t have high hopes – buffell grass doesn’t like to get its feet wet. There really were only three choices we had: 1) sell as many breeders as possible, 2) start feeding out hay or, 3) spend the money and develop the southern side of the highway. We knew long term the first two options weren’t a viable choice so we got busy. 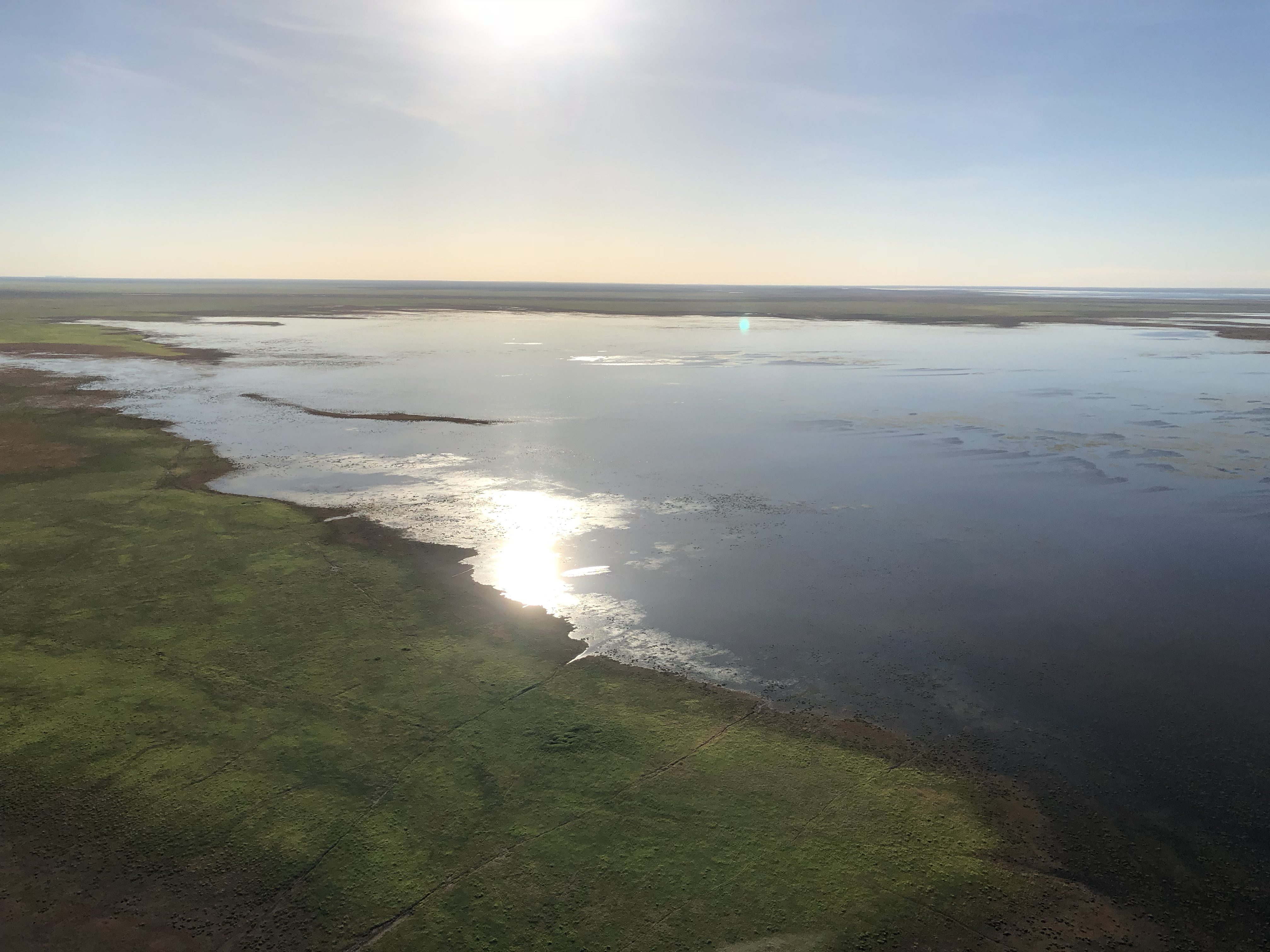 As the water was slowly receding the country that hadn’t been under for too long had the chance to brow back quite nicely. 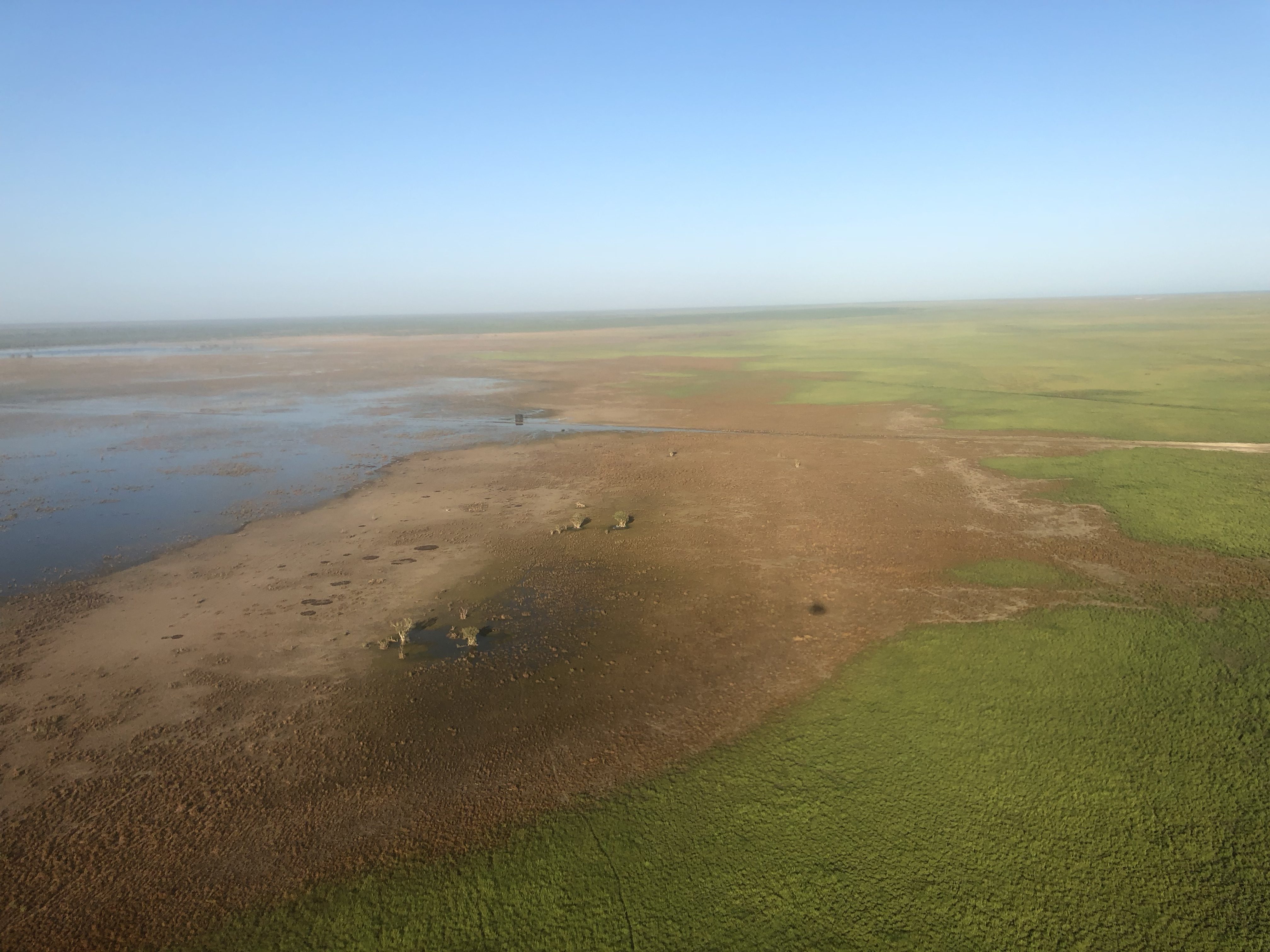 The Great Northern highway runs straight through Mandora – it pretty well divides the Coastal plains and the Pindan country, give or take a few kilometers. One major infrastructure development we had planned to achieve this year was to develop half of the southern side of the highway, the idea behind this was to increase our carrying capacity and utilise some undeveloped country. We wanted to do it slowly over the course of the year. Our priority was to get the first round muster out of the way and then begin the development, but thanks to the flood water we needed to get as many breeders off the coast as possible so we smashed out the development in three months and then went onto start first round – we needed to open up the pindan country as quickly as possible so we could move our breeders off the coastal plains. 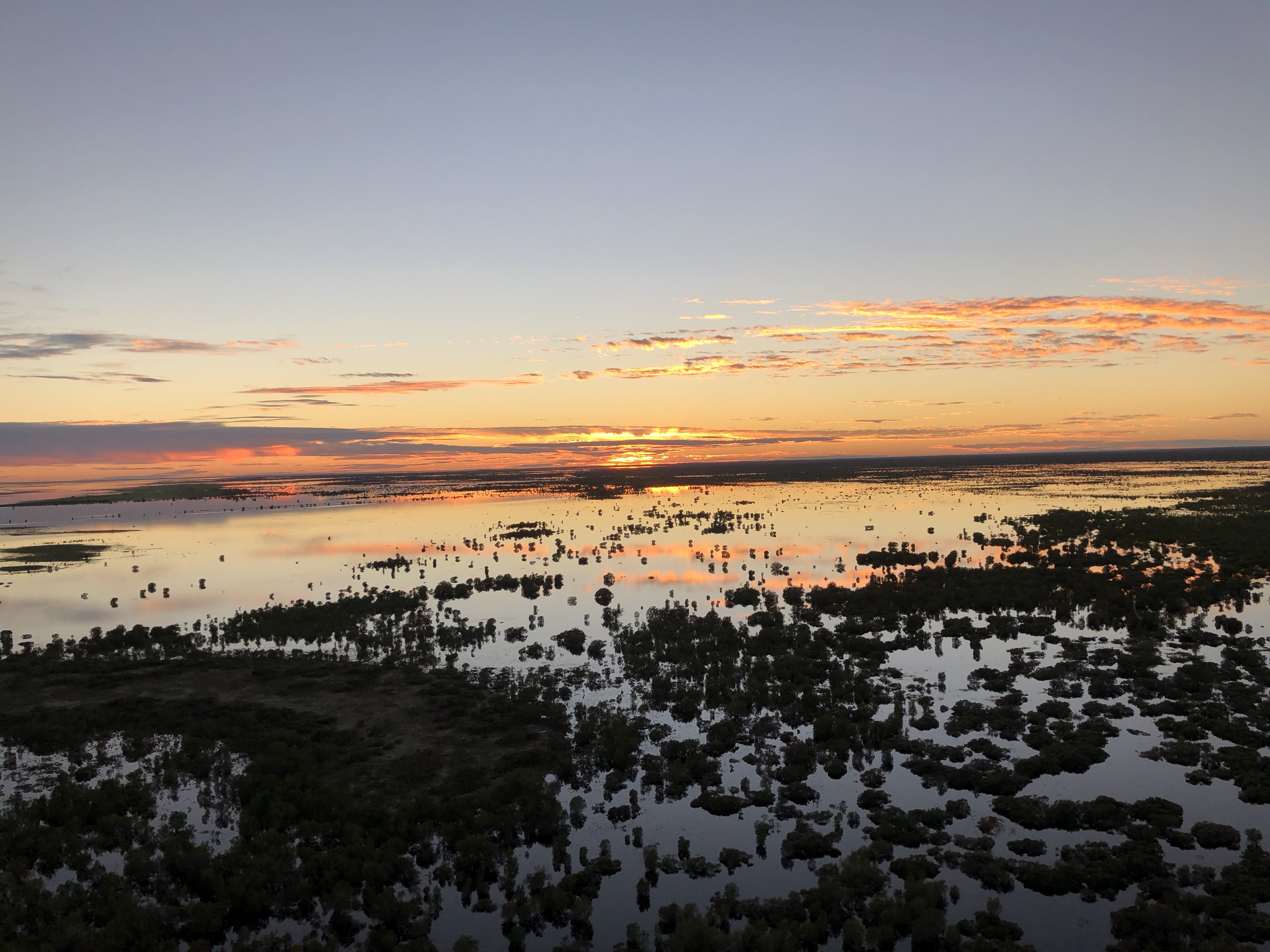 Makes for a pretty picture I guess.

The pindan didn’t have that much development to start with, just one working water point that had about 50 head living on it. There was another bore as well but it wasn’t equipped. So, we sat down and nutted out a plan to develop a new paddock. We used Google Earth to plot out the boundary of the paddock and to figure out how many kilometers of fencing gear we needed to order. We jotted down the GPS points of each corner of the paddock to upload the coordinates into the guidance system we borrowed from one of Ben’s farming mates. When we had the software sorted we could begin clearing the fence line. Next, we started working on positioning watering points, with two existing bores we only needed to drill two more. Now, we are really lucky in that we are situated on the Broome Sandstone Aquifer, so you pretty well pick a low point and sink a bore and there it is, you’ve got water. 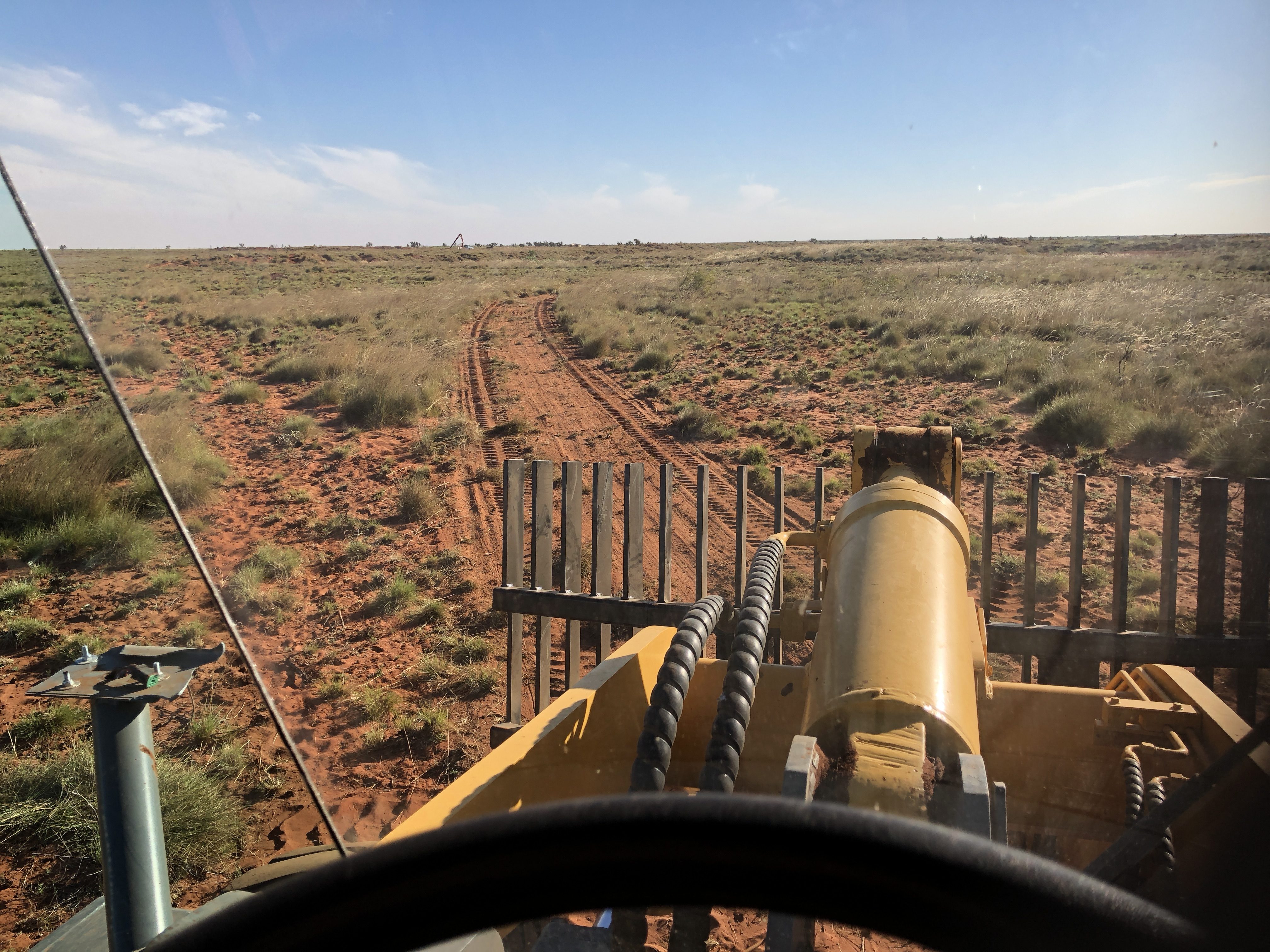 Next, we began to work on grazing pressures – cattle will generally graze within 3 kilometers of their watering points, so ideally to get the most balanced grazing densities you want to have your waters set no more than 6 kilometers apart. We worked out how much poly pipe, tanks and troughs we needed and got ordering. It wasn’t long before all the gear arrived, the fence lines were cleared and the fencing contractors were making a mile installing the 52 kilometers of boundary fence. Once they were done they made a start on installing the tanks. They built nine 160,000L liner tanks and now the hard work was done. We hired a dozer contractor from Kununurra to come down and rip in 18 kilometers of poly pipe to connect the tanks together, then the troughs were installed and solar pumps wired up. Now we were ready to start mustering the coast. 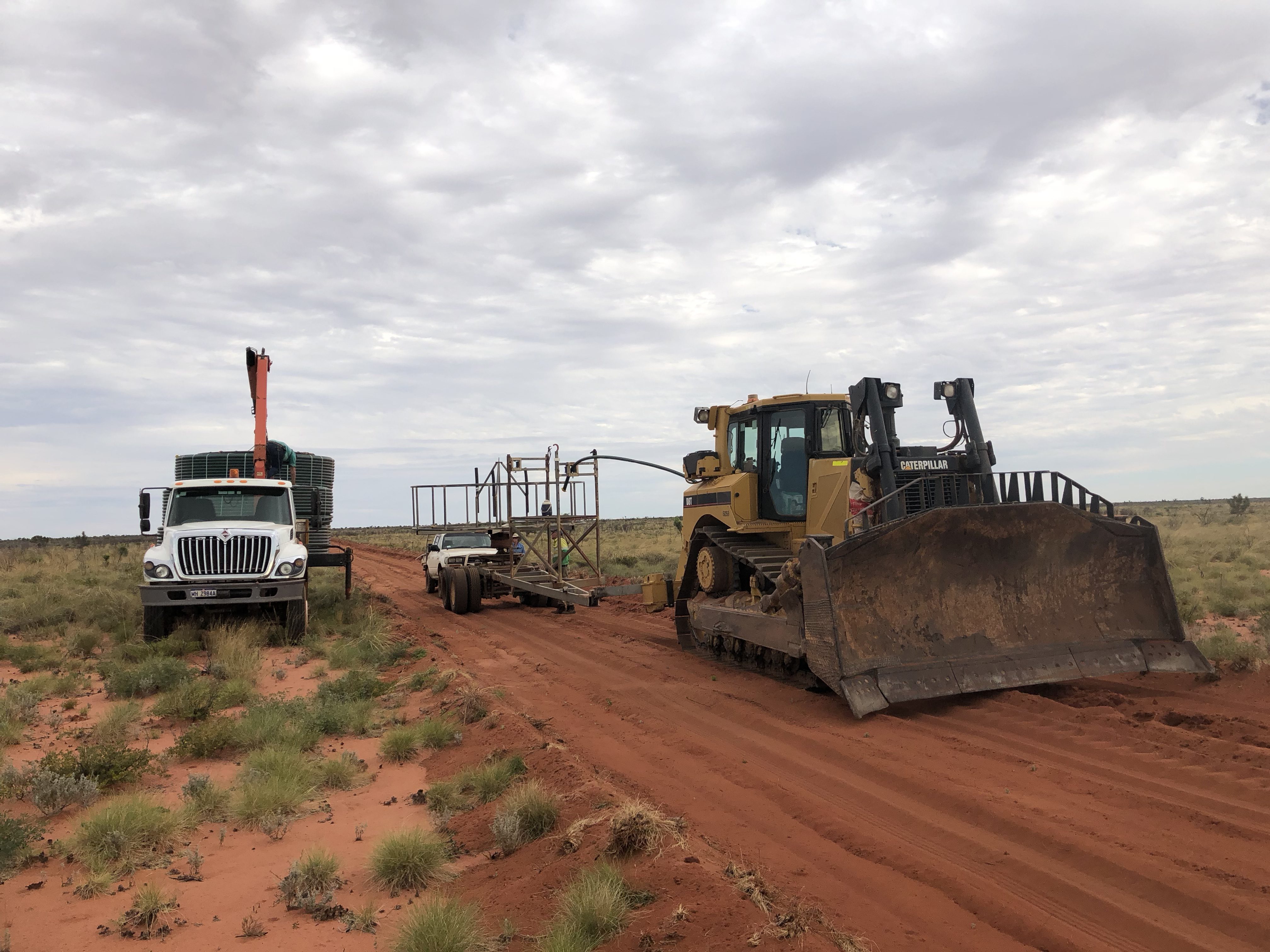 Loading another roll of poly into the spinner to rip into the ground. 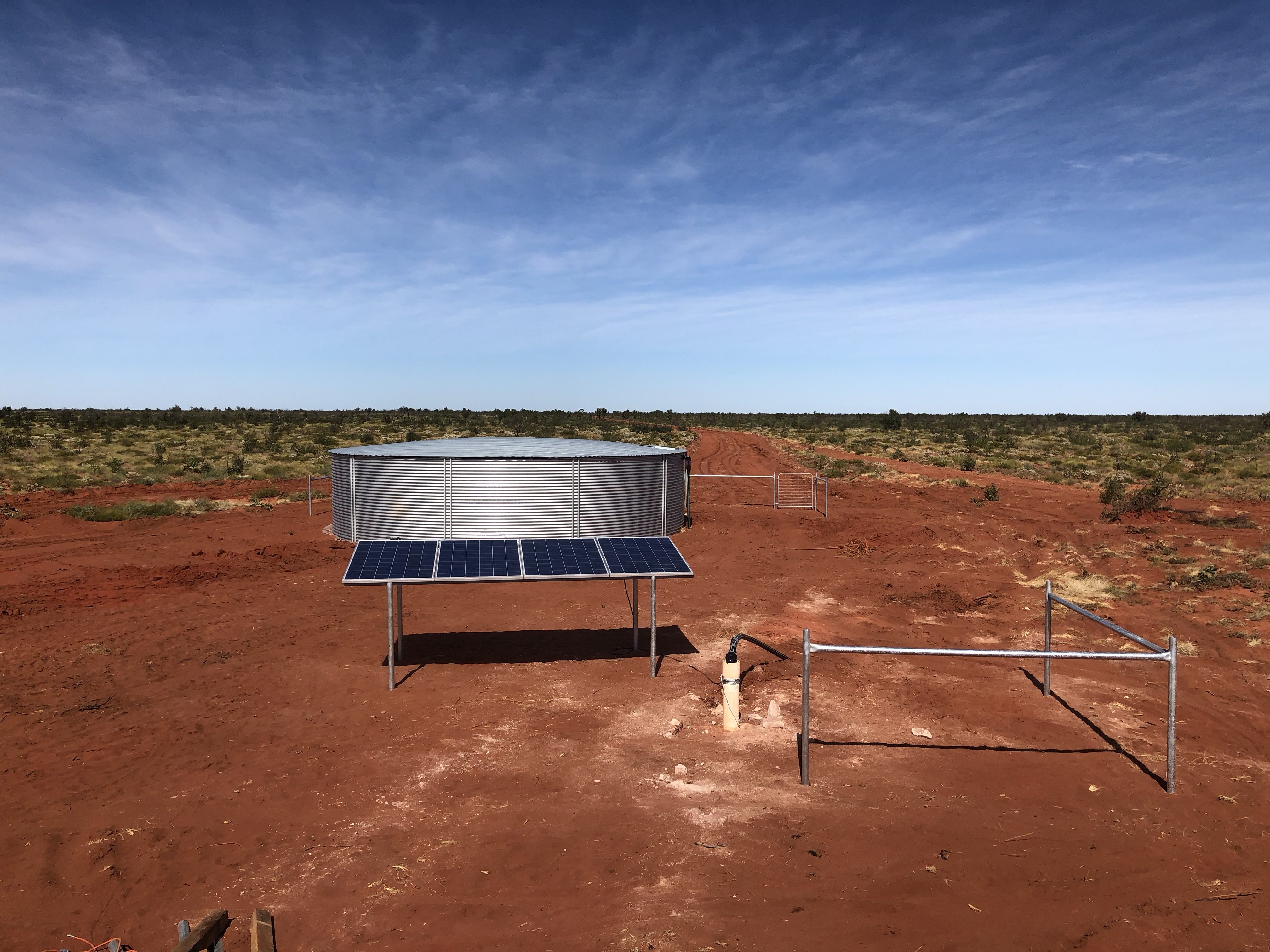 We had a mob of cows that we had already moved off the coast into a different Pindan paddock. We wanted to have a mob close by that we could keep an eye on and see how well they adapted to the change in country. Once they were settled and happy we moved them across the highway into the new paddock. Because we were moving them into such a different environment we wanted to give them a chance to adapt and figure out their new surroundings. They also act like a guide for the other cattle when they are relocated. The crew worked hard to get first round done as efficiently as possible, they trucked nearly 800 dry breeders off the coast into their new home in the pindan, by the time we have finished second round muster we will have moved 1000 head of dry breeder cows off the coastal plains into the new paddock. Having moved these cattle off the plains will allow the damaged grasslands the best chance possible to recover. 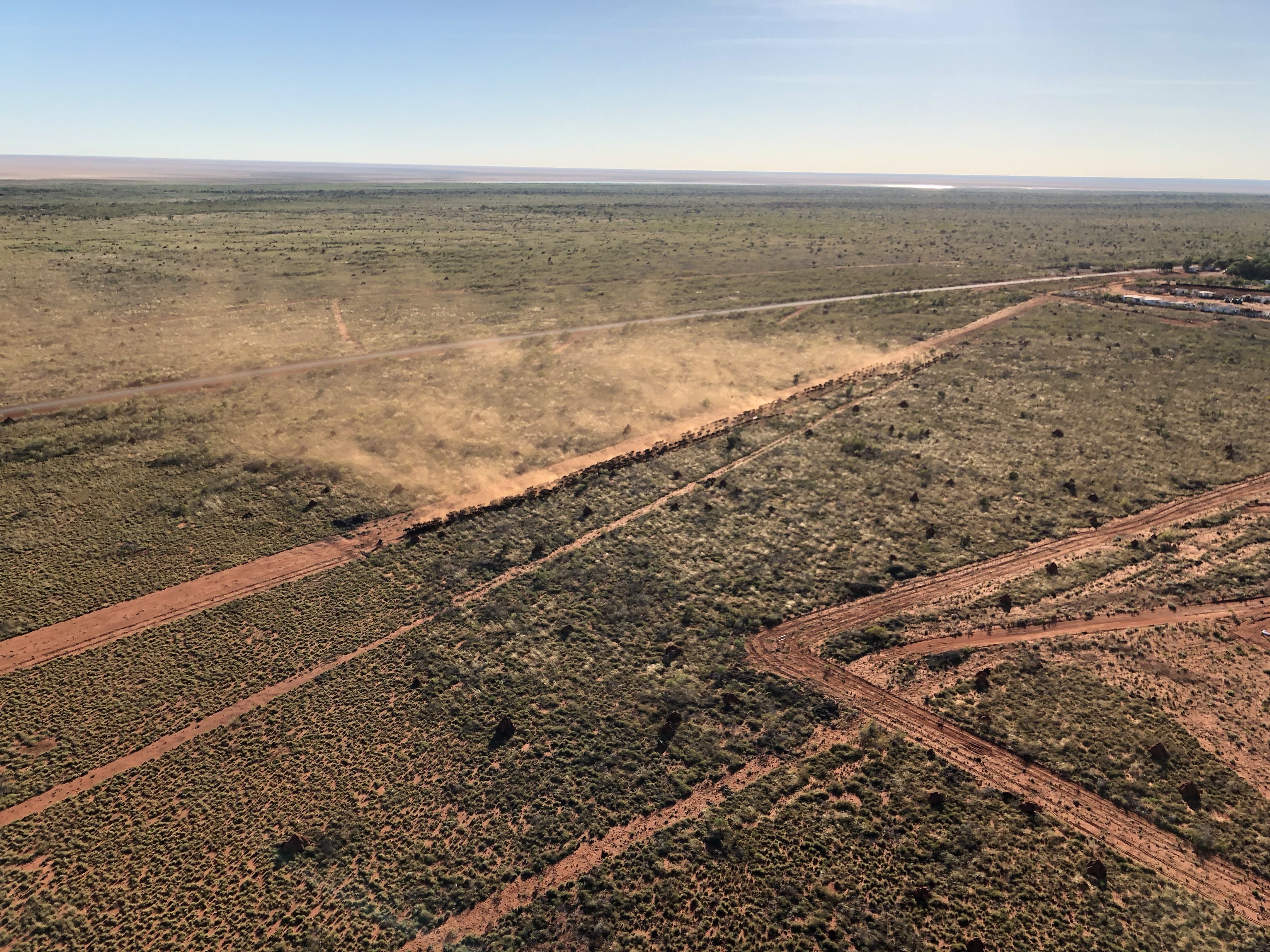 Walking the first lot of dry breeders on to their new watering point. As you can see in the background there is still a bit of surface water laying around and you can also see how dead the country looks. 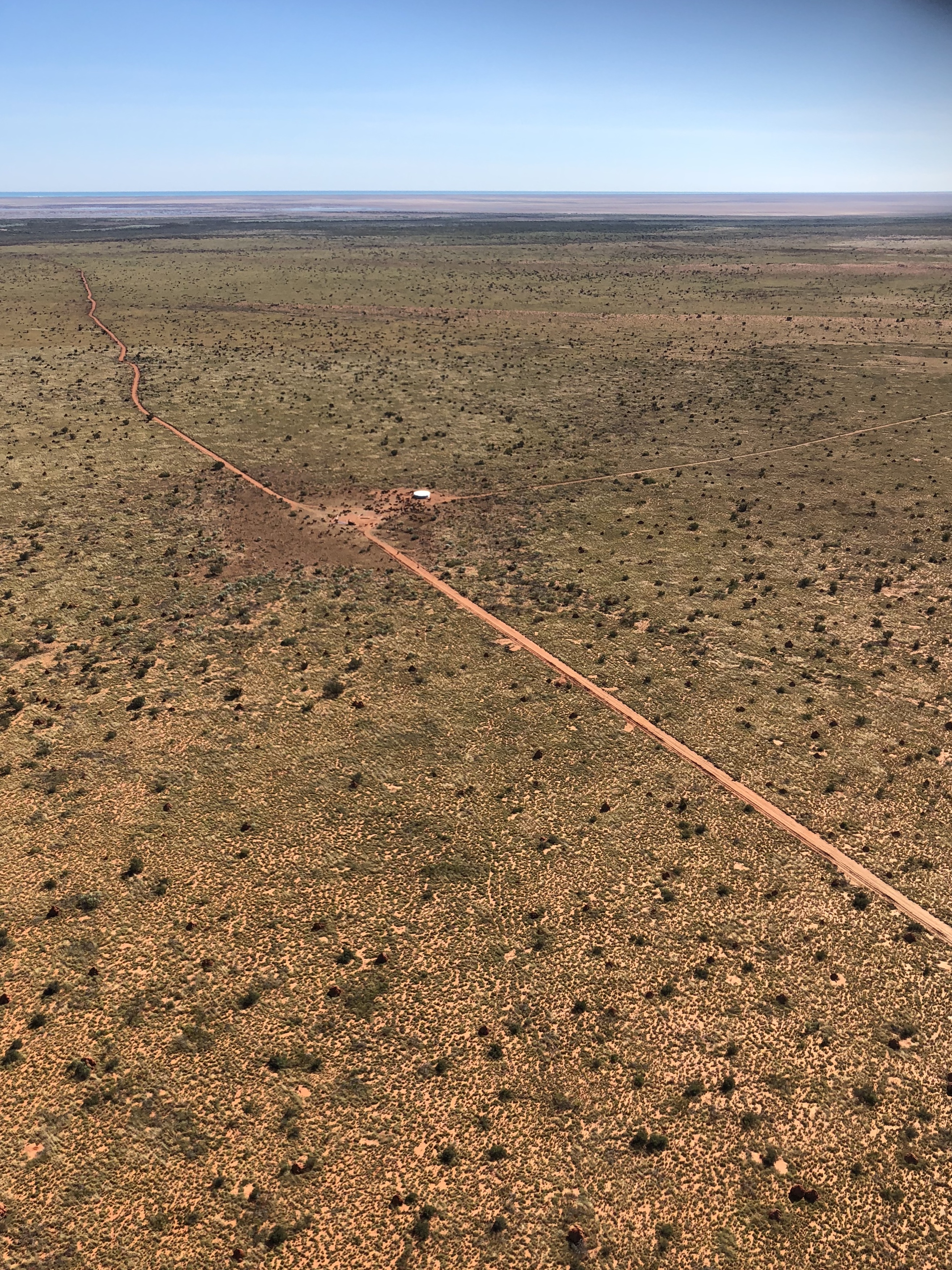 Cows at their new water being held up to settle in.

A few months on the and the worst of the damaged country is slowly starting to regenerate, the salt water couch is coming along leaps and bounds and is doing a great job of holding the soil together. It is growing well with a native succulent called Samphire, apparently it’s the latest bush tucker to try, I wouldn’t recommend it, not the tastiest thing I’ve ever tried, but the cows seem to enjoy it. As the weather starts to warm up we are hoping to see some buffell and native pea begin to germinate. 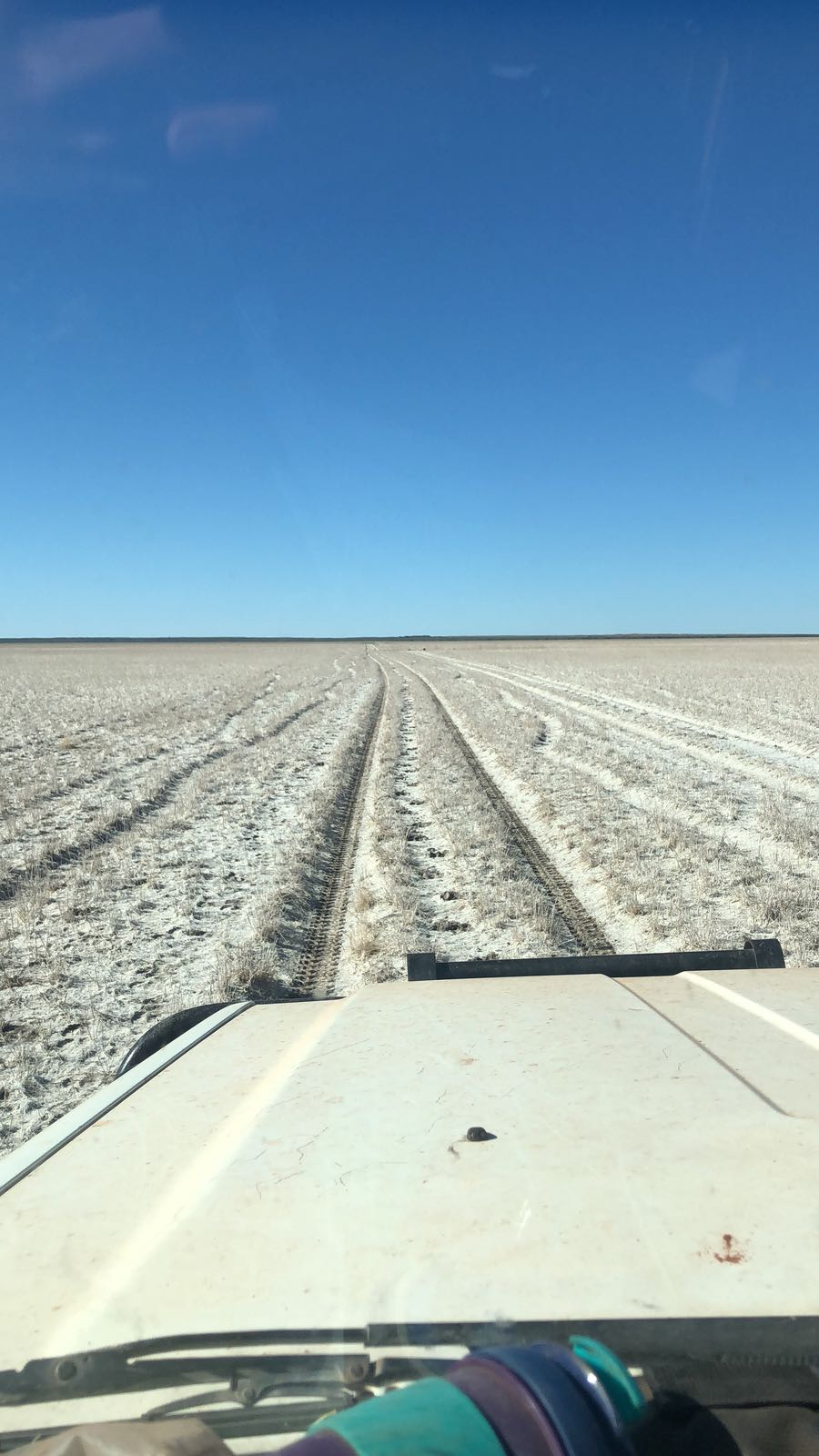 This was taken the first time we managed to drive the whole way from the furthest coast mill to the pindan. 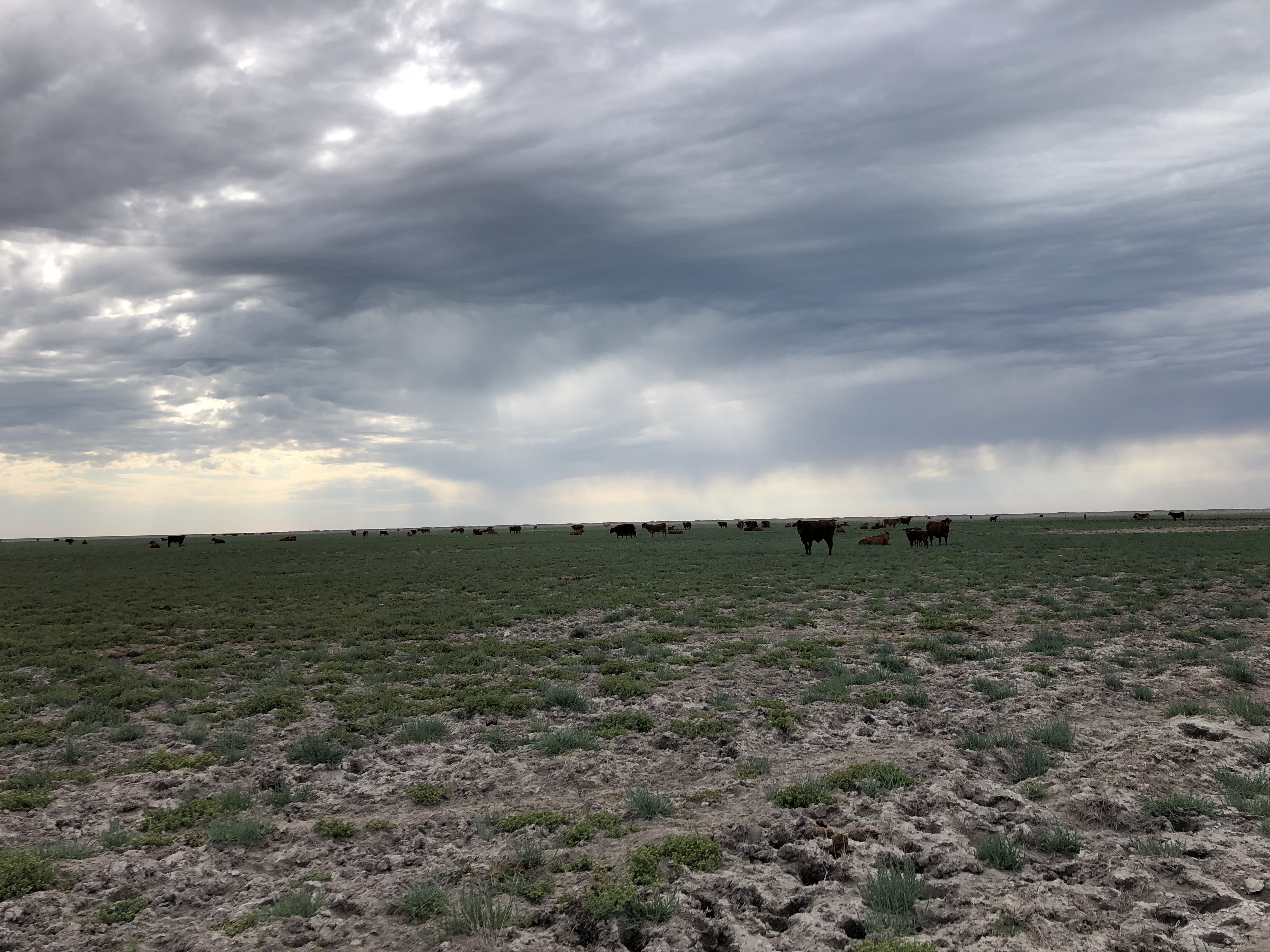 This was taken just over a month ago in the same area, regrowth of Samphire and salt water couch.

The cows we trucked over to the newly developed Pindan country are settling in well. They are just starting to calve down which isn’t really ideal this time of year in the country they are in. We have started to feed them a urea based lick to will help their bodies better utilize the drying native pastures they have available, we have also removed all the herd bulls to avoid them calving out of season next year. Ideally you want your cows to be calving on to a rising plain of nutrition instead of a declining, which is what they are on now. A rising plain of nutrition means that the feed in the paddock is increasing in quality. When a cow has a calf, that is when she needs the most energy from feed. It’s important to match the time a cow has her calf to when the feed in the paddock is at it’s highest quality. If these cows where still on the coastal flats they wouldn’t have a worry, the feed out there was much better quality but because we have had to move them on to a lesser quality of feed they need a little more maintenance to get them through the hardest part of the year. 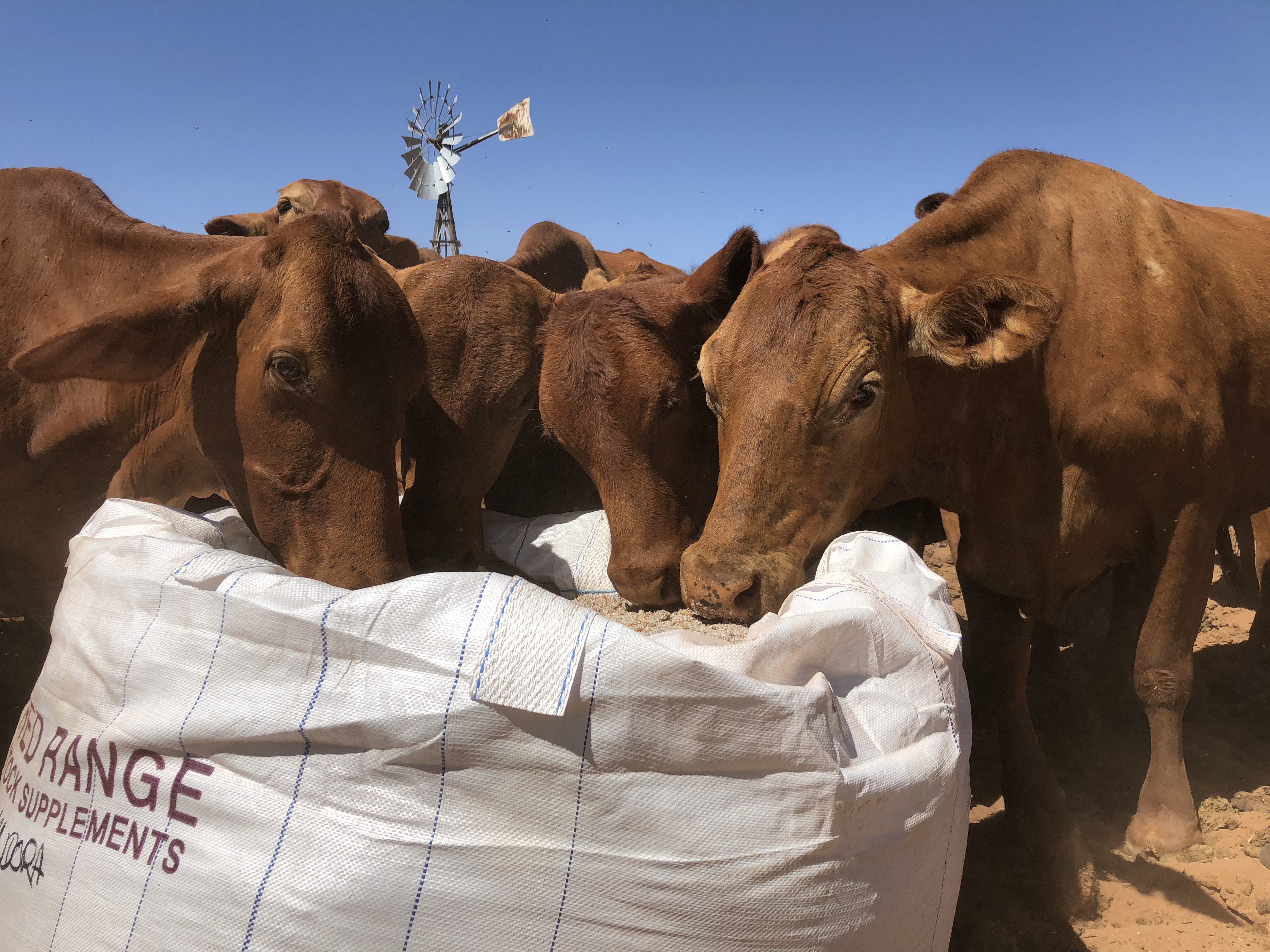 Some of the dry cows in their new paddock enjoying their lick.

In hindsight we were actually really lucky to get burnt out last year, the native grasses have come back and are at their healthiest, the quality of feed the relocated cattle are currently grazing would be nowhere near as good of quality if it hadn’t been burnt – it was a blessing in disguise really. The wet season is again knocking on our door, the humidity is starting to rise and the days are starting to nudge 40 degrees. With the soil still being so wet we are hoping to see some good regrowth before the rain starts again. Lets hope it not another big wet. 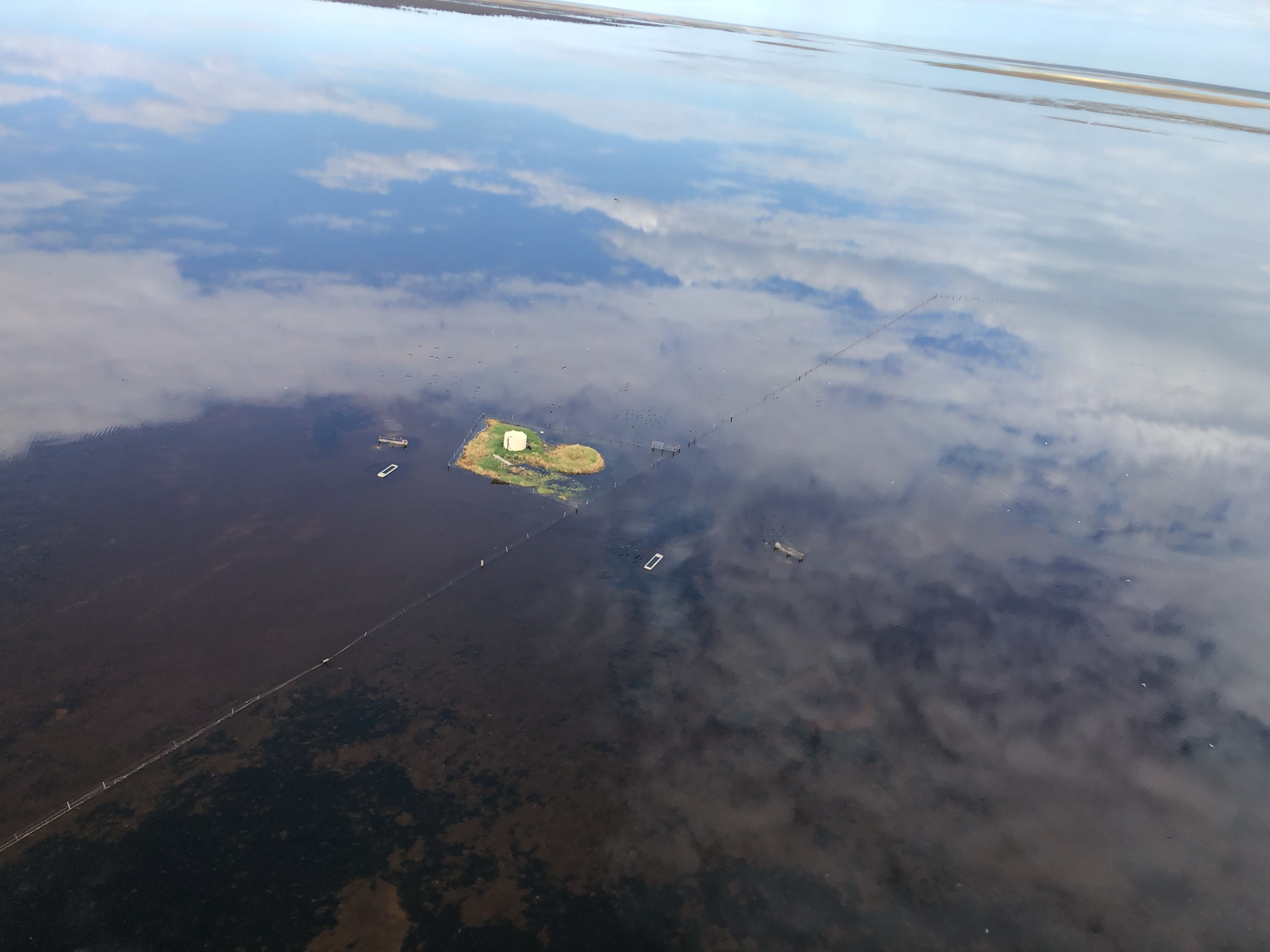 “Lucky the troughs are full”. 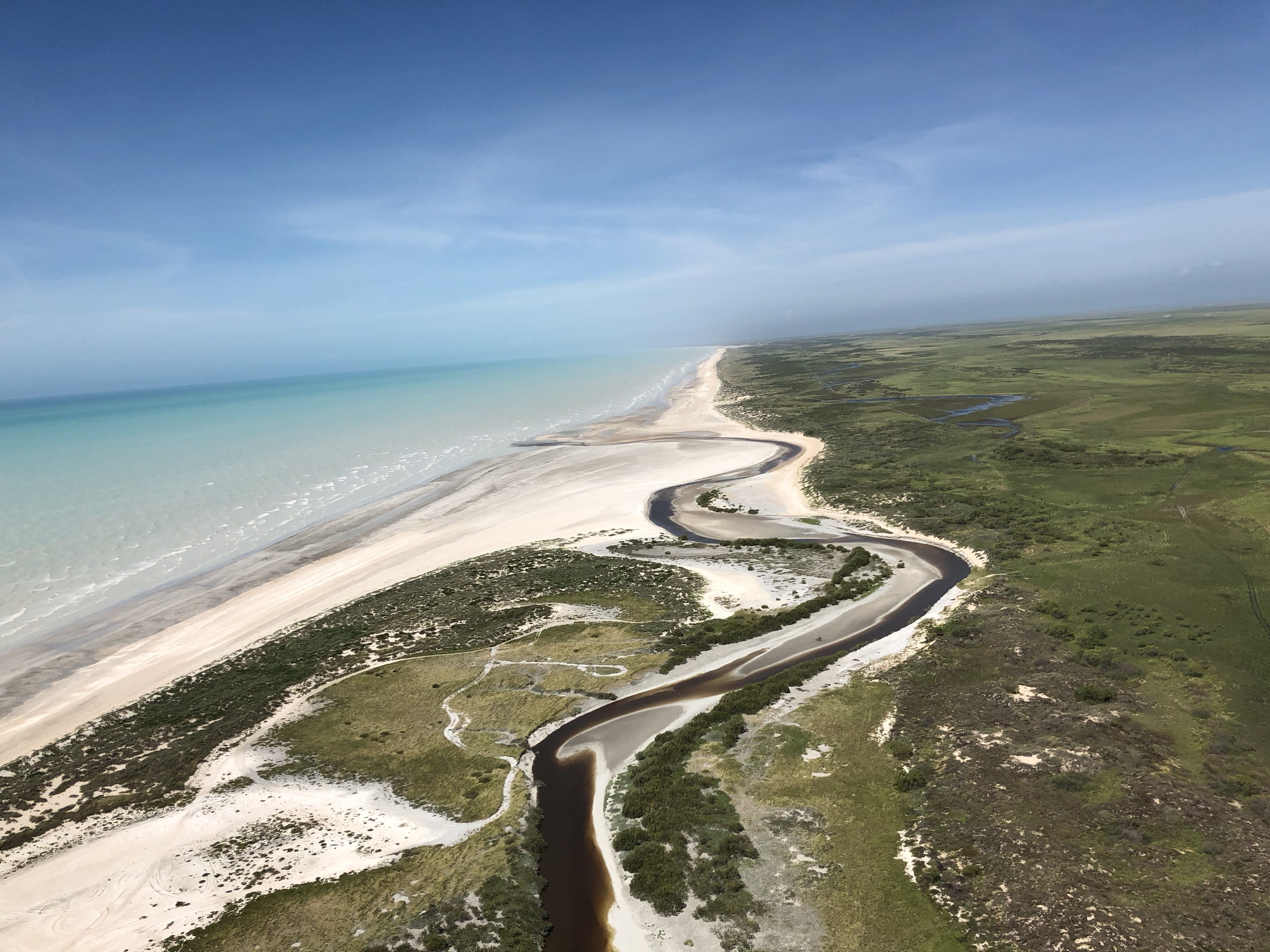 When you have that much rain your tidal creek flows backwards… 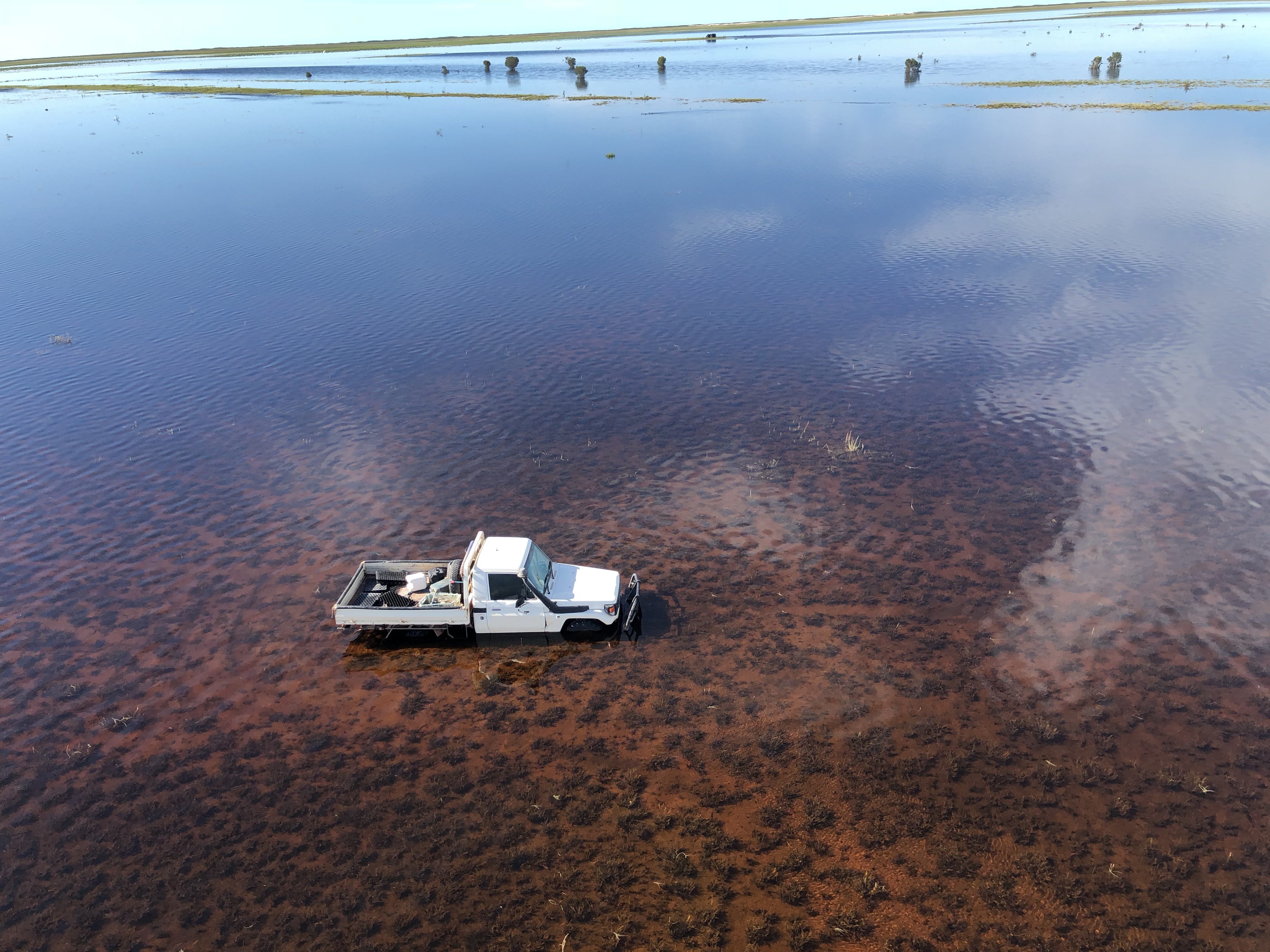 This is the ute ben and davo got stuff driving out in the cyclone to help the cows, it was stuck exactly 6 months to the day. 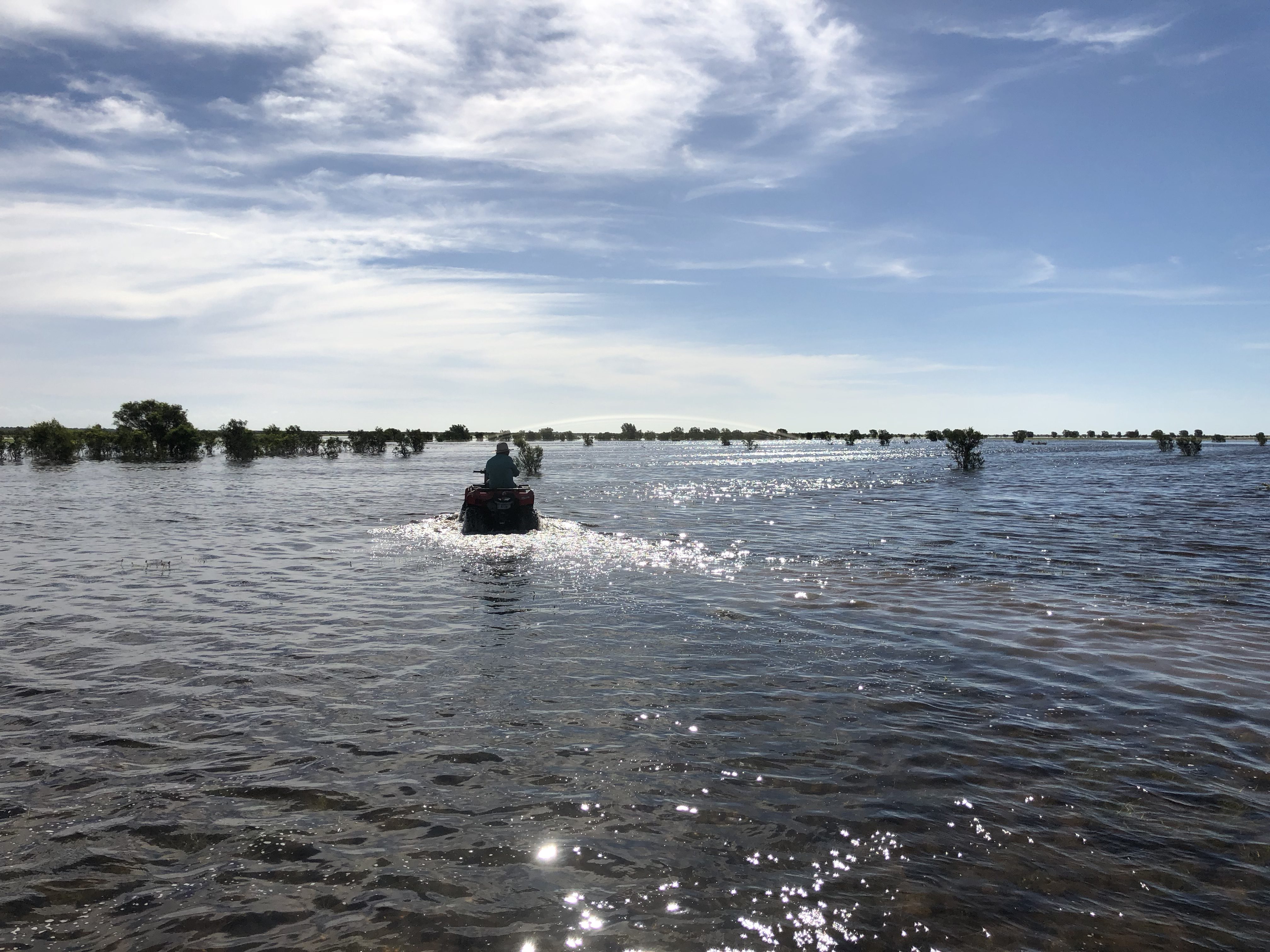 The only way we could get around the flood water when we needed to. 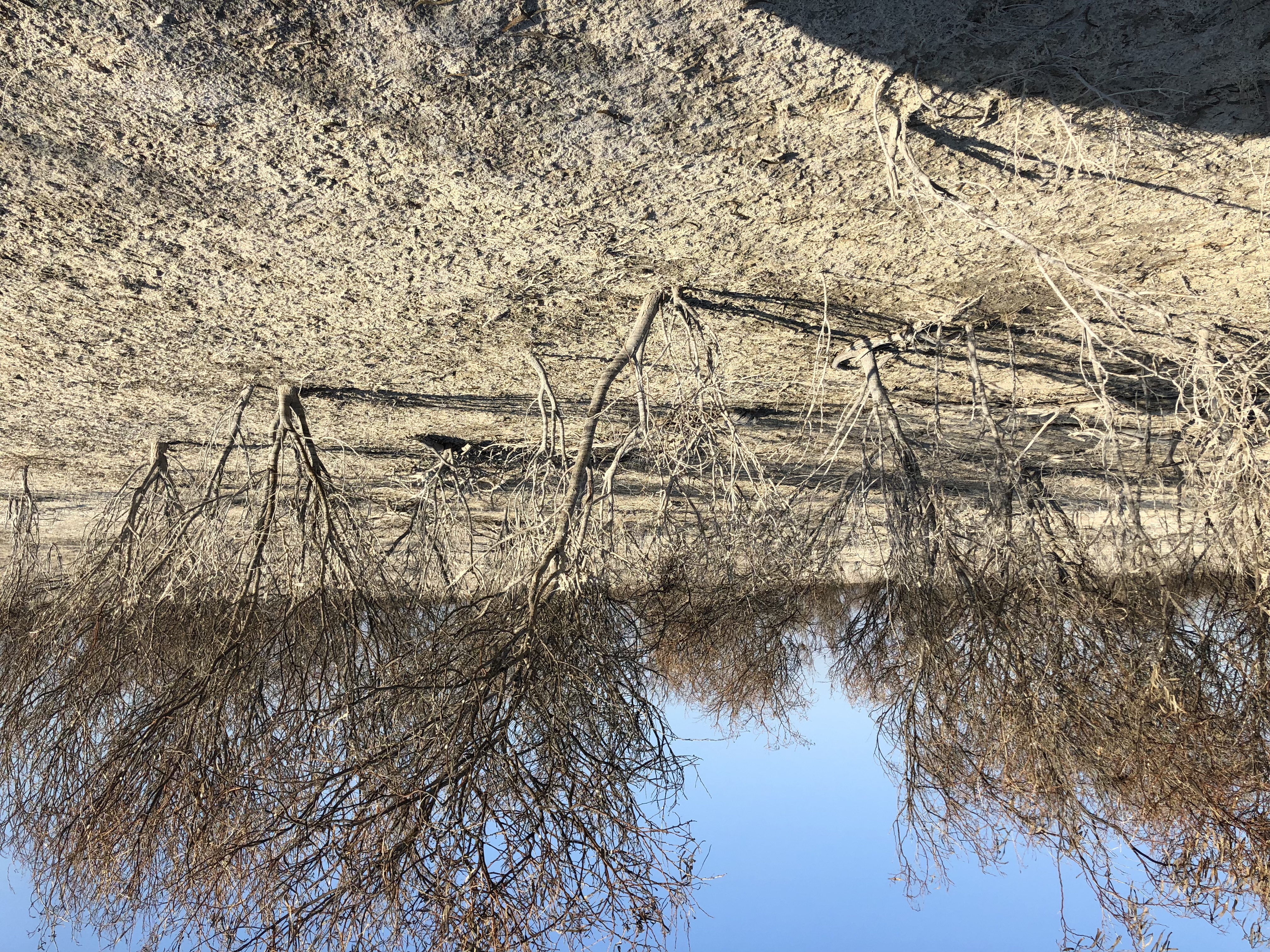 I took this photo just the other day, this area is one that was under for over 6 months, we have only been able to access here in the past few weeks, the water line is nearly 4 ft of the ground.