The following is an example of the types of letters we send to our friends and family while working in remote Australia.

Sorry to do this as a group email but it’s the only way I can think of to keep in contact for the moment. There just doesn’t seem to be enough hours in a day.

It’s been an interesting week and a half. The place here is beautiful and has loads of character. The horses, crocodiles, wild cattle, buffalo and being surrounded by the communities makes this place seem like it’s in another world. With a 5-6-hour round trip to Woolies and the hardware store for materials, I guess it is. The nearest Bunnings is a day’s drive away. 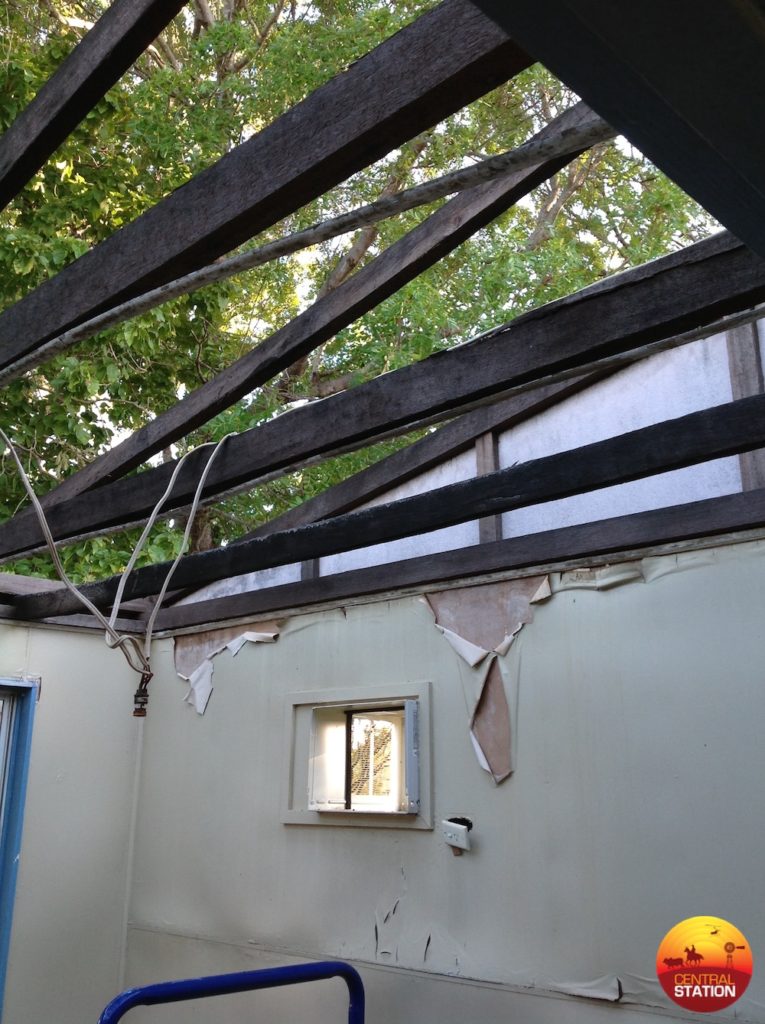 We have our work cut out for us here and it’s right up our alley. Old buildings with loads of history and character, all derelict, needing complete renovations or demolition…depending on who you talk to. The story goes that the place has been basically let go for 10 years and then trashed by hunters camping out on the property while it’s been on the market for the last two. To top it all off, a big storm came through in October last year and took off the roofs of two houses and part of an enormous tree fell on to a big building, crushing the staff and store room.

So where to start? Picture a young family, sharing their kitchen and house with 10 people day-in day-out, having three meals a day in their lounge room and BBQ area. The walls are mostly glass and most of them are broken, held together with duct tape and patched up to make them slightly safer for the young kids, with taped up beer cartons and cardboard boxes. I think there may be one or two bullet holes thrown in there too? The toilet doesn’t flush properly and fills up, needing the sewerage tank to be pumped out daily. There are only a few lights that work in the whole house, but it does have the only hot shower on the station!

This is the best building on the whole station. 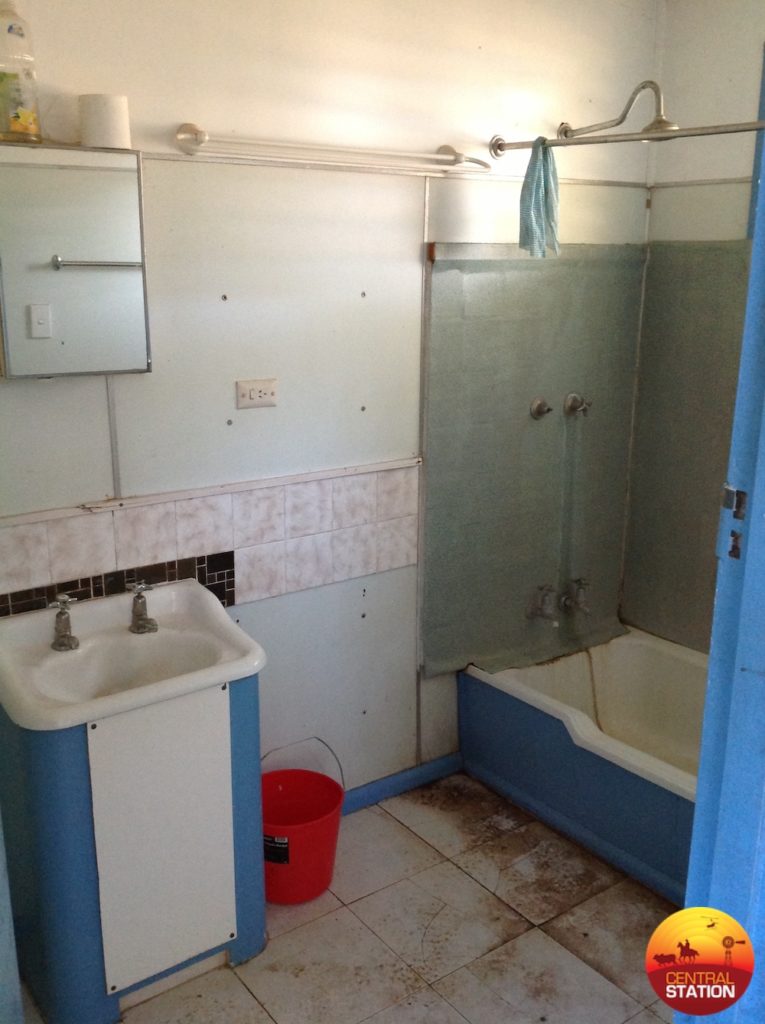 Hot water showers are a while off still.

There is only one other house that’s liveable at the moment with three to four blokes in it. This shower has an electric current in the shower taps and grey water back pooling into the shower/ bath as you shower and there is no hot water…

When you flush the toilet, it leaks all over the floor and the floorboards are rotted from this being unattended to for so long that it won’t be too long before the toilet will fall through the floor. This house has an electric current through the kitchen tap too 🙂

We shower in the house that has no roof. We share this bathroom with a fella who has been a grader driver on this station for 25 years. There is no hot water and the toilet flushes over the floor as well. Not for long though, Richard to the rescue!

The owners, now they have bought it, are keen to get everything fixed, repaired and liveable ASAP. There is sooo much to do, where to start? 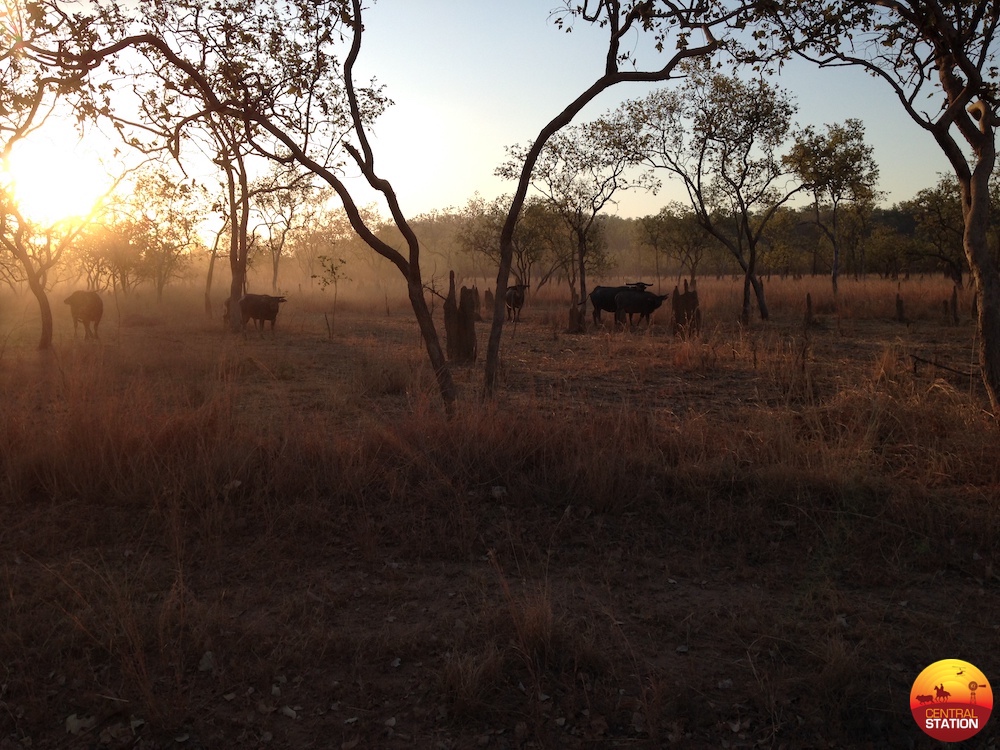 Stage 1: So, we’ve planned to focus on renovating the old camp kitchen and fixing up the building that the tree fell on, so they will have 6 more rooms to use. This will get everyone away from the homestead so the managers will get some privacy and rooms for people to move into when the houses start getting renovated. Everything will need to be done in stages as there is so much to do and not even the basic safety and hygiene issues have been dealt with yet!

We have demolished the kitchen and pulled all the stuff off the damaged roof to see if we can fix it. Richard straightened the crushed metal roof truss and attached timber to the sound roof trusses using his 4WD winch which has worked a treat and saved the owner the cost to replace it.

We also had a branch fall on our caravan and break a window too in our first week here. Richard made a new window from the parts of an old horse float window at the dump and a piece of glass he found in the store room. Cutting the rounded edges on the window to match the frame with a blunt glass cutter, with only one piece of glass and only one go at it was a challenge!

The idea of a big hole in the caravan wall until the next trip into town, without aircon meant the stakes were high…no pressure 🙂 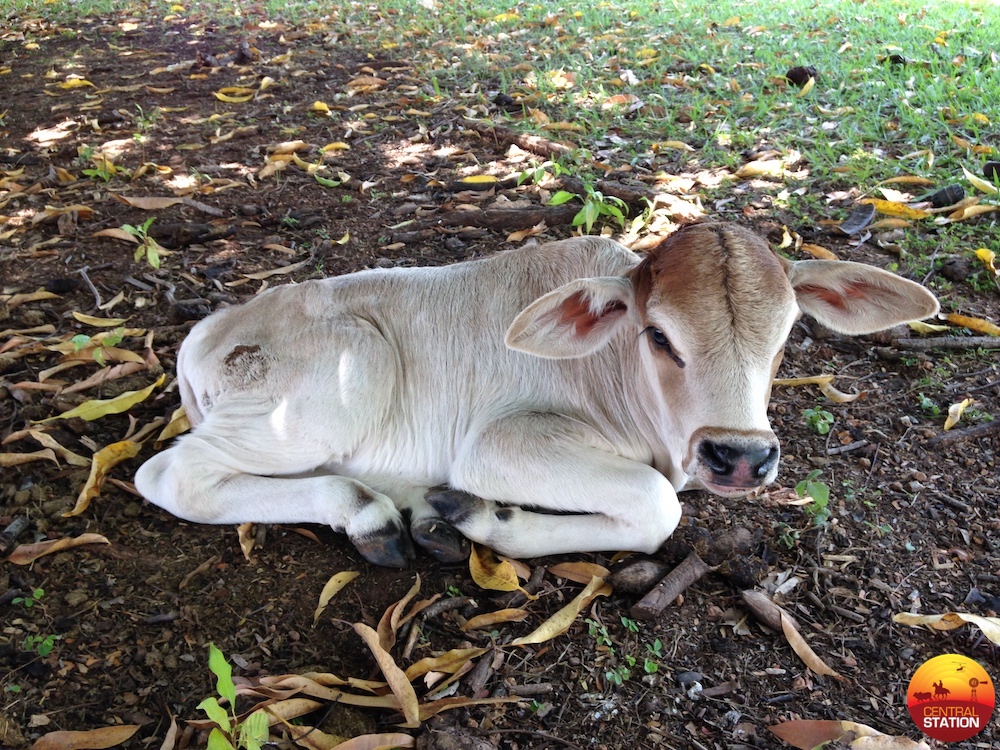 Under the mango tree. 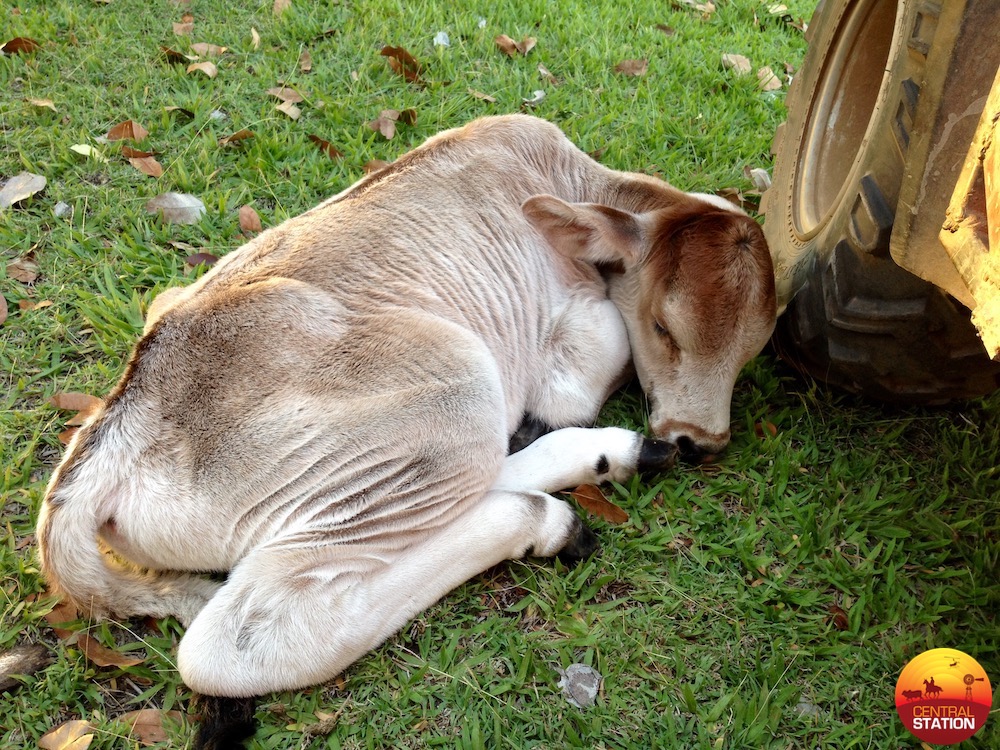 Chilling out with the crew after work. 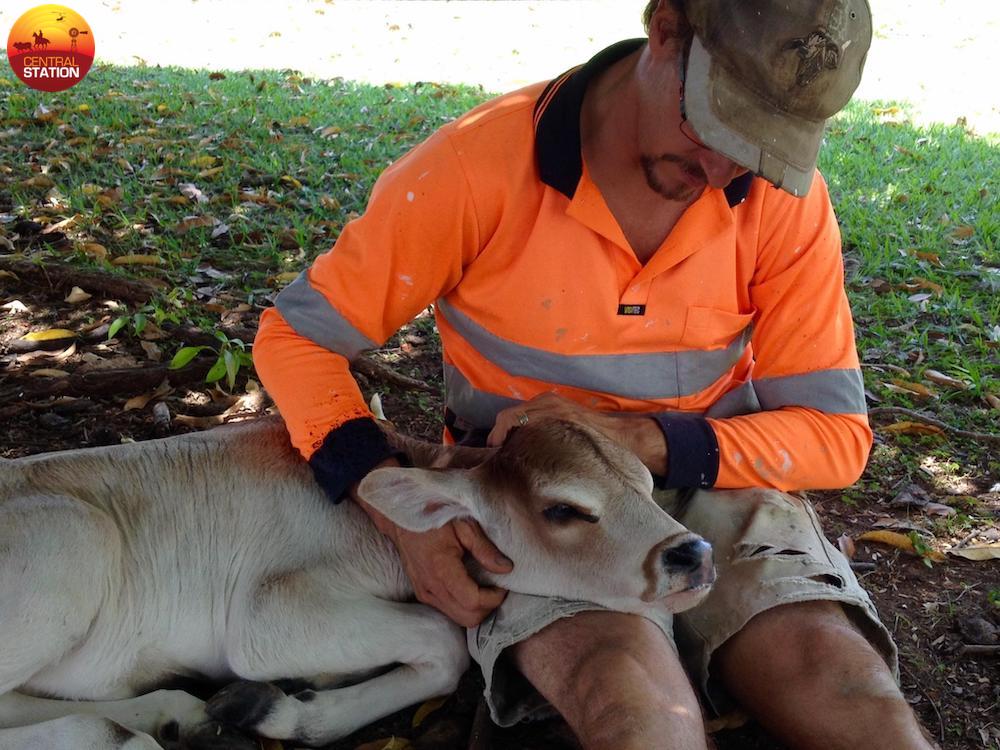 Well that’s it for now. It’s 4pm and we haven’t had our Sunday yet and we have a meeting at 6pm.