Well we have had another run in with the RFDS (Royal Flying Doctor Service) today. This time it was my oldest boy – Tom. 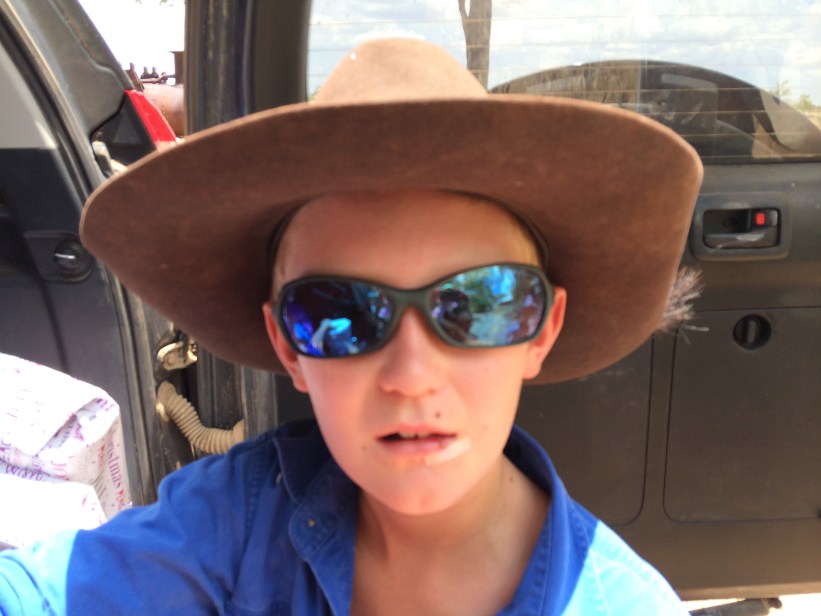 Yesterday the boys headed home with Mrs Savvy B for a bit of a sleep over. Things were so peaceful here and I was just settling into life with one child – gosh there was a lot less stress. No fighting or whinging. This was probably not the case for poor Mrs Savvy B who had four boys to deal with.

Then I got the phone call this morning “Don’t worry, the boys are ok, BUT”.  The dreaded “But”.  “But Tom has busted his lip open” . . . there was an incident with a fallen tree that they were using as a cubby house and a swinging stick!!!  Oops.

Mrs Savvy B had already called the RFDS and they were on their way out. We decided it would be best if I went over to collect them.

So Clancy and I jumped in the car and headed off, just a quick 120km trip through the paddocks.

I thought the Doctors must have been and gone but they were still there, just having a quick coffee and a spot of smoko. They had already stitched Tom’s lip up and he was all sorted. They did a very tidy job too. I still can’t look at it though. The operating table was Mrs Sav’s wooden dining table. When I walked in I was greeted by the same Flight Nurse that had been out to Chardy Central just a couple of weeks ago to sort out Harry’s wrist. I asked her if we were able to get Frequent Flyer points and that I could swipe my card if need be. 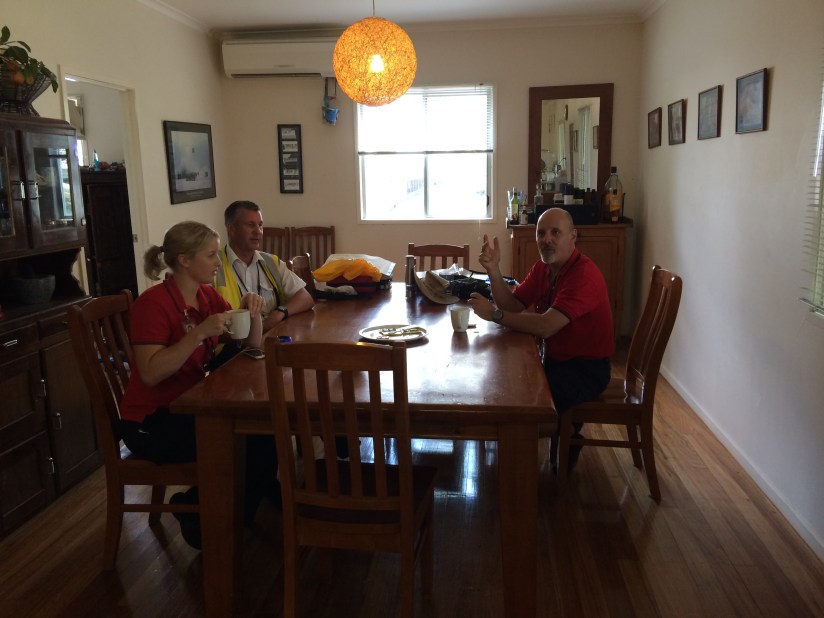 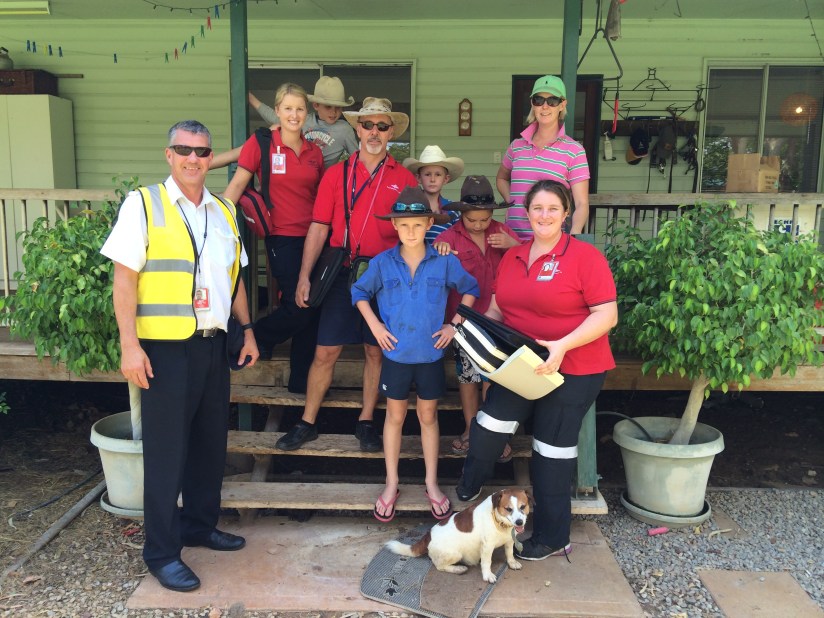 Thank god I wasn’t actually there when it happened. I am absolutely shocking when it comes to cuts and especially when it comes to cuts on my boys. I would have been the one screaming like a baby. Tom said to me “God Mum, lucky you weren’t here, you wouldn’t have handled it”. He was right. Lucky he was in good hands.

So, yet again the RFDS have saved the day and also saved us a huge trip to town. The Emergency Department came to us once again. Talk about service.

Hopefully we won’t see them for a long time now and everyone will stay safe for a good while. 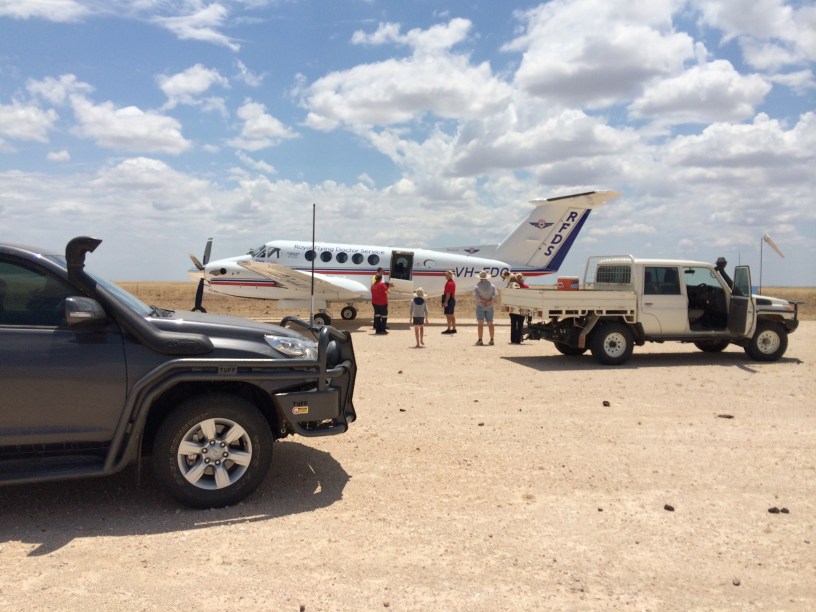 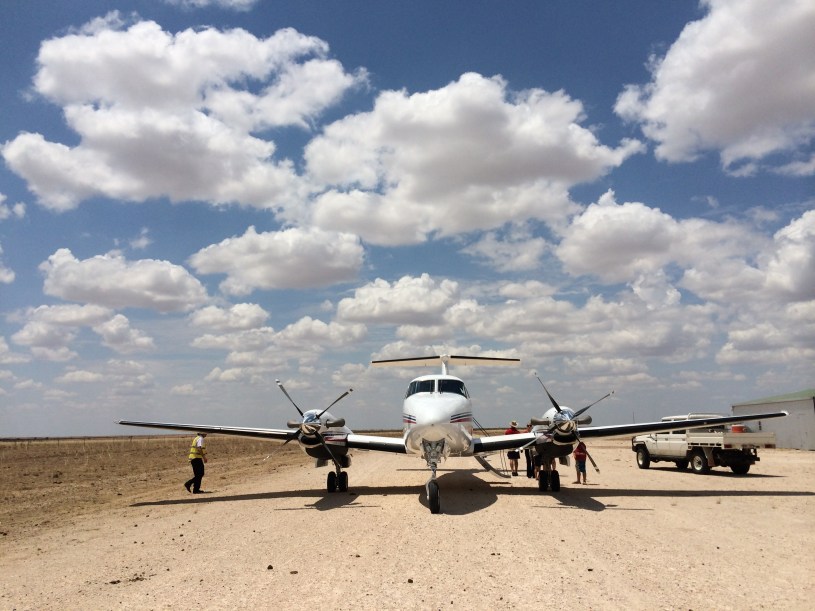 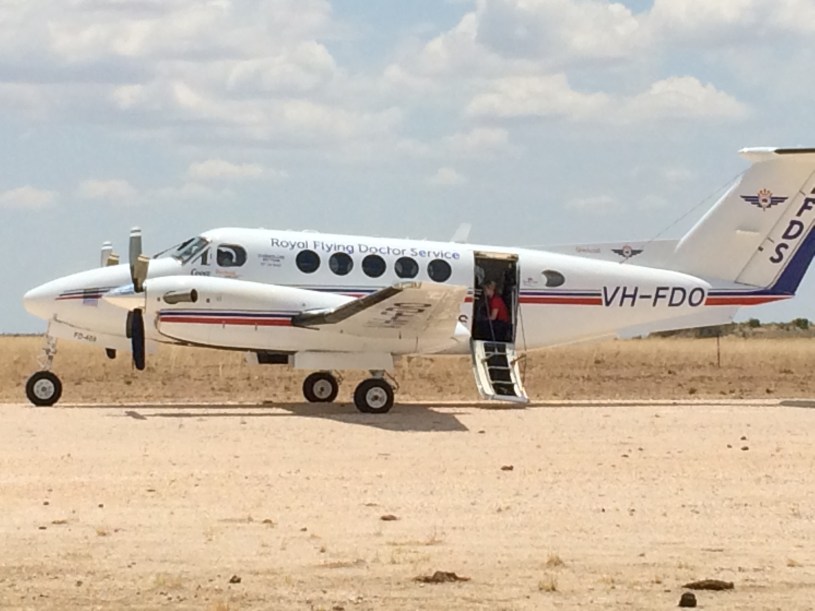 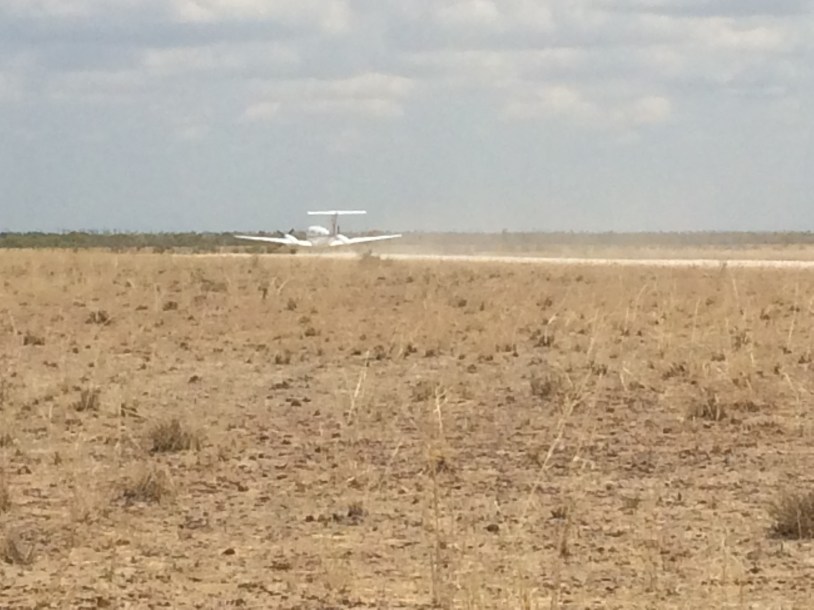 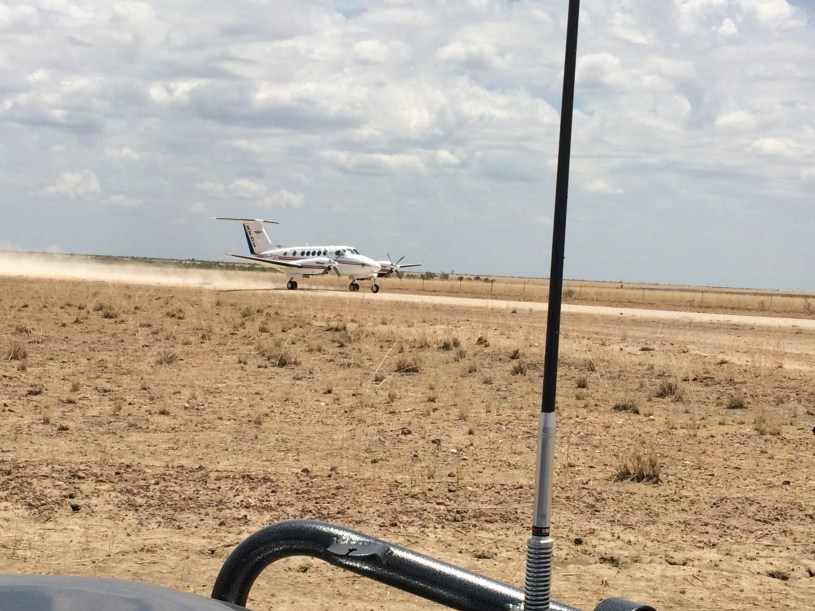