Baby, can you handle the heat?

With the car packed to the roof, three kids plus a new baby to take home, looking in the rear-vision mirror heading out of Adelaide in the early hours of the morning was a great feeling. After being away just shy of four weeks whilst waiting to have baby #4 (living remotely we’re required to relocate closer to a hospital with birthing facilities), being home in my own bed couldn’t come soon enough. And even better, it was 2 days after Christmas and we were going home to no staff which for those living the life, (no offence by any means to staff) is a holiday in itself given the change of pace and no need to have tea on the table at a set time. We arrived home that evening at 6:14pm and it was a balmy 45 degrees… what was I thinking being excited about coming back? Welcome home Lenny! 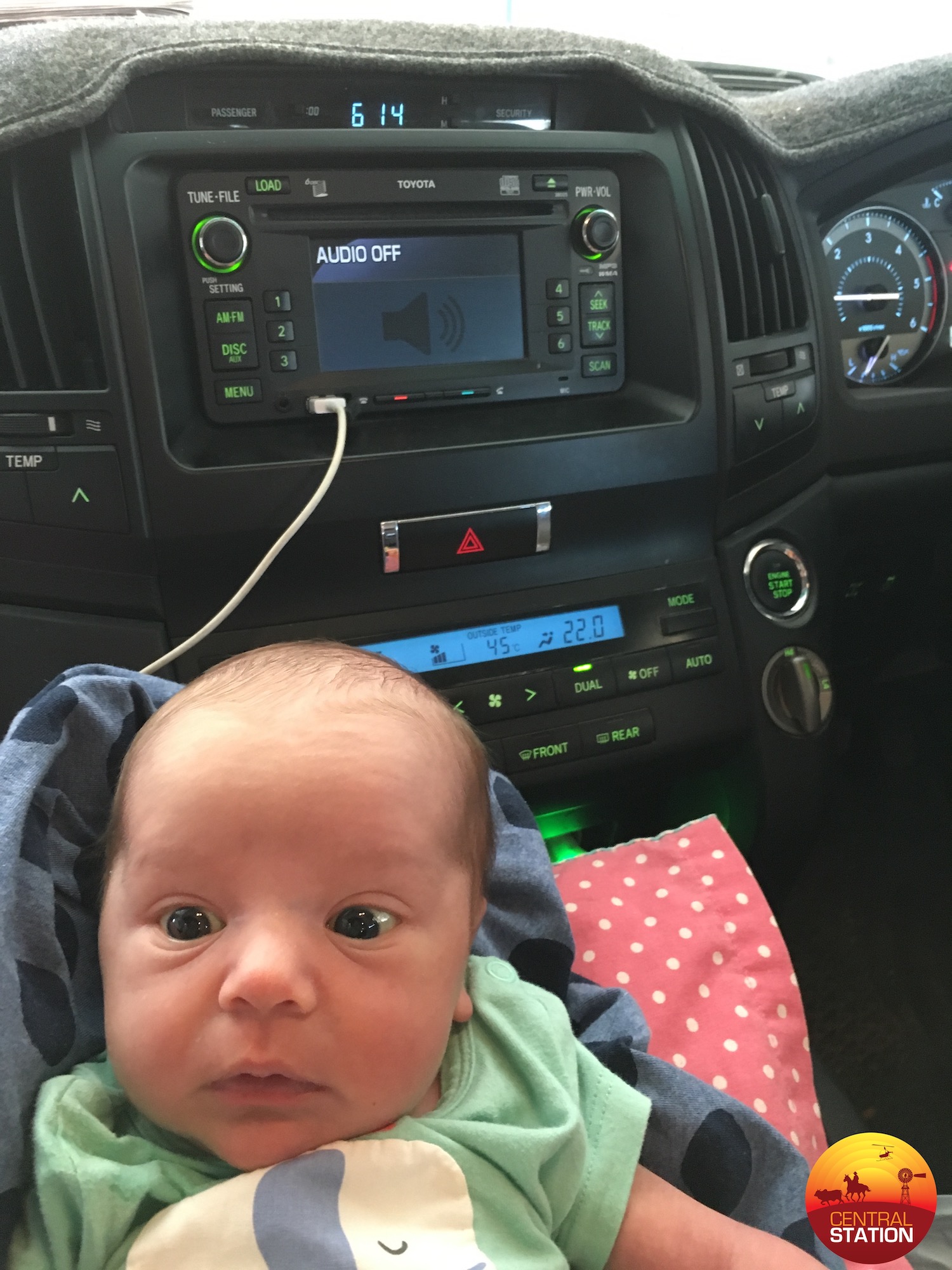 Welcome to the desert, Lenny!

Over the next couple of days, whilst I had a sleeping baby I would get outside to try and resurrect some plants that were shrivelled, limp and far from their former self. I had every sprinkler on, filled the pool, gave every gum tree on every dripper line a good soaking until 3 days in, Cam asked if I had turned the pump off. The tank was only 2 foot full. “Um… no. I’ve been watering a little bit but haven’t touched it.”

As it turned out, the pump was on, but there was no water pumping. There was utter silence, a lot of head scratching and then a lot of swearwords as realisation set in. Our house bore, after 69 years, had decided to call it a day. A newborn, a heatwave with nearly 3 weeks of 45 degrees plus ahead of us and no water … New Year’s Day – Happy 2019! 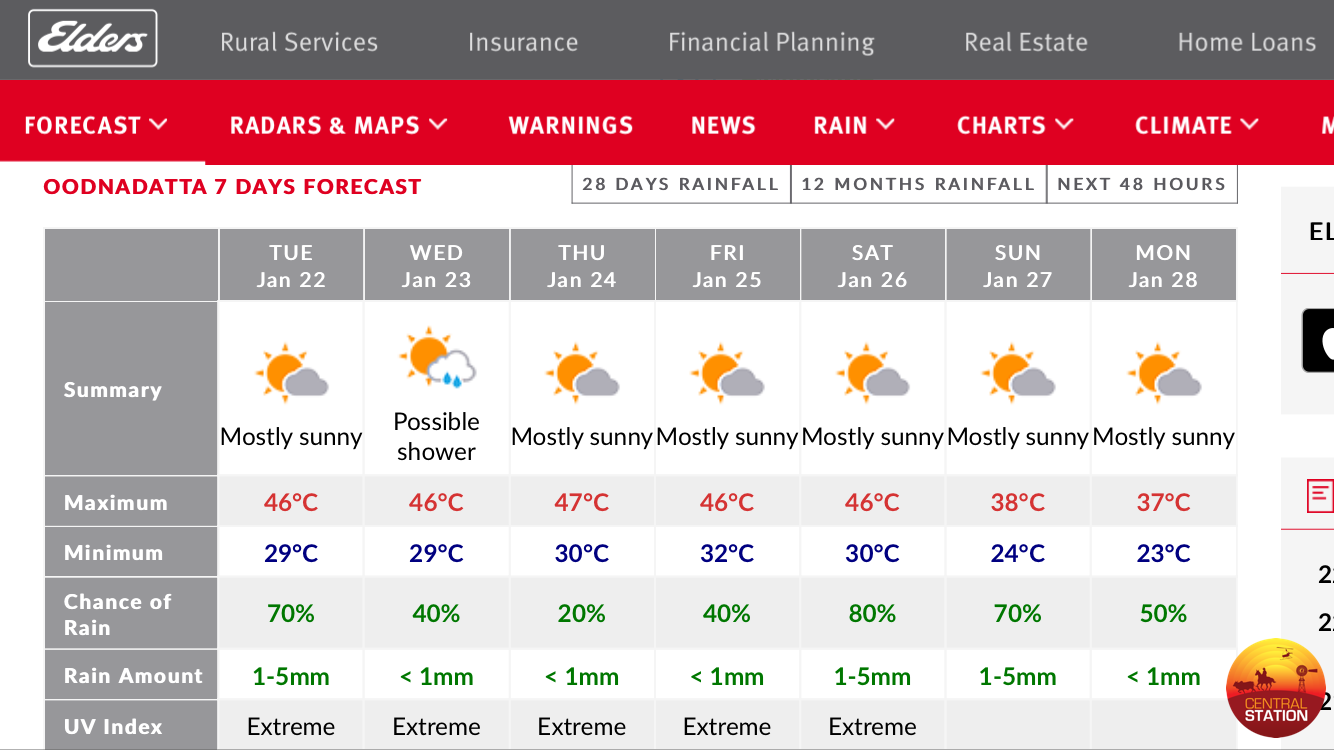 Sometimes it’s best not to look at the forecast.

A week went by with no water. The kids shower was a swim in the pool, the garden started to turn brown in front of my eyes, the lawn turned crunchy and there were 6 tanks watering cattle relying on that same pump that were also drying up. Talk about at a loose end! As a band aid measure, a temporary poly pipeline was run from a bore that was thankfully drilled the year before about 10km away. But with limited pressure, water running through 10km of pipe above ground in the heat of the day and a lot of thirsty animals to supply water for – we were on strict rations. No showers or baths (the water was way too bloody hot anyway) and no watering the garden however, it was water… 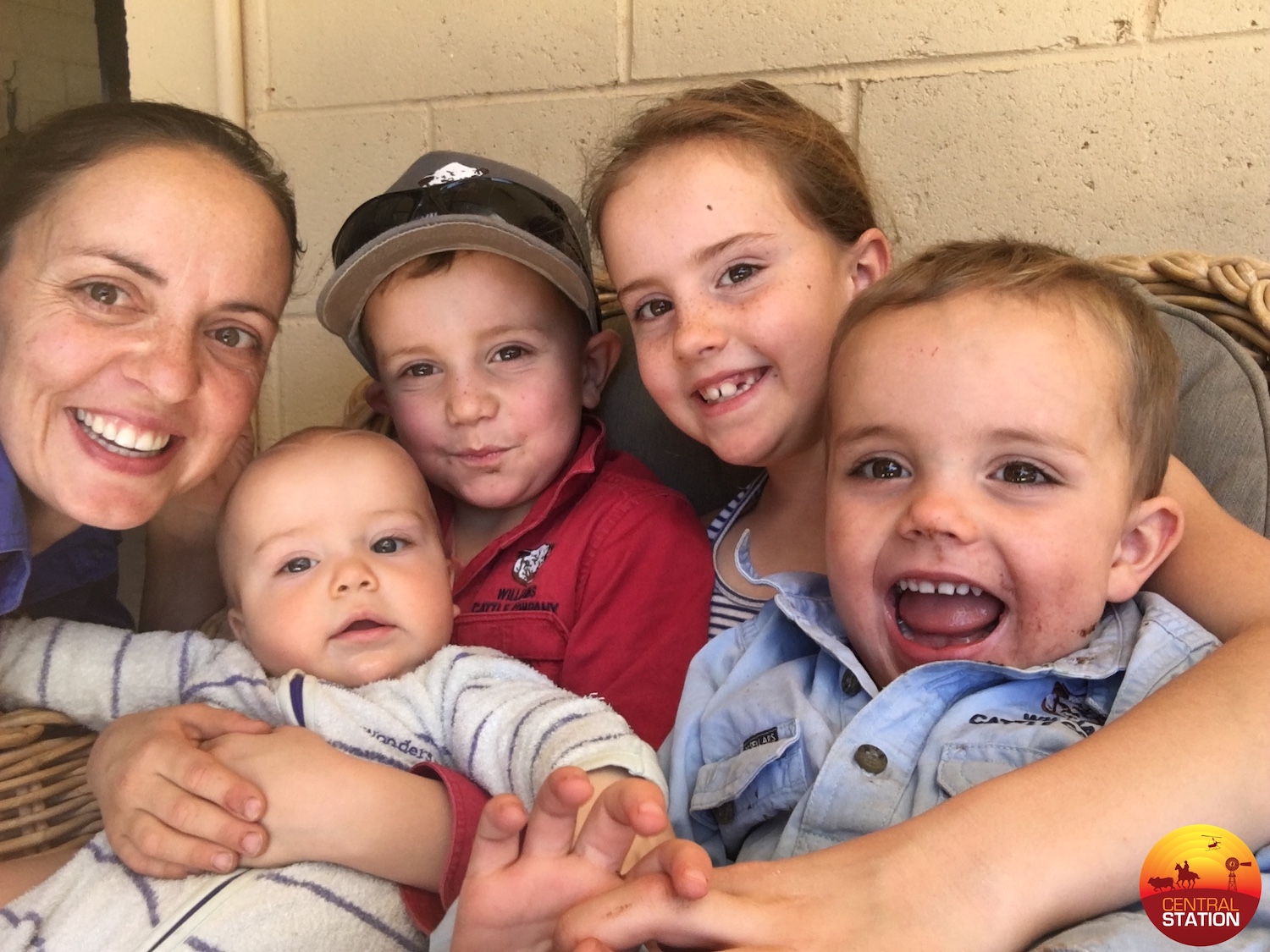 A phone call (or a number of should I say) that started off sussing out when the earliest a new bore could be drilled turned into something more like begging when it was looking like 4 – 6 weeks until they could drill a new hole. Drilling 300m deep is not a cheap exercise and nor is it a single day’s work. But there are people in this world that are selfless and in that bittersweet moment when Cam got off the phone and said “They’ll be here next week,” it was a relief and I knew it wasn’t the time to make a joke about me having to pull the apron on again. 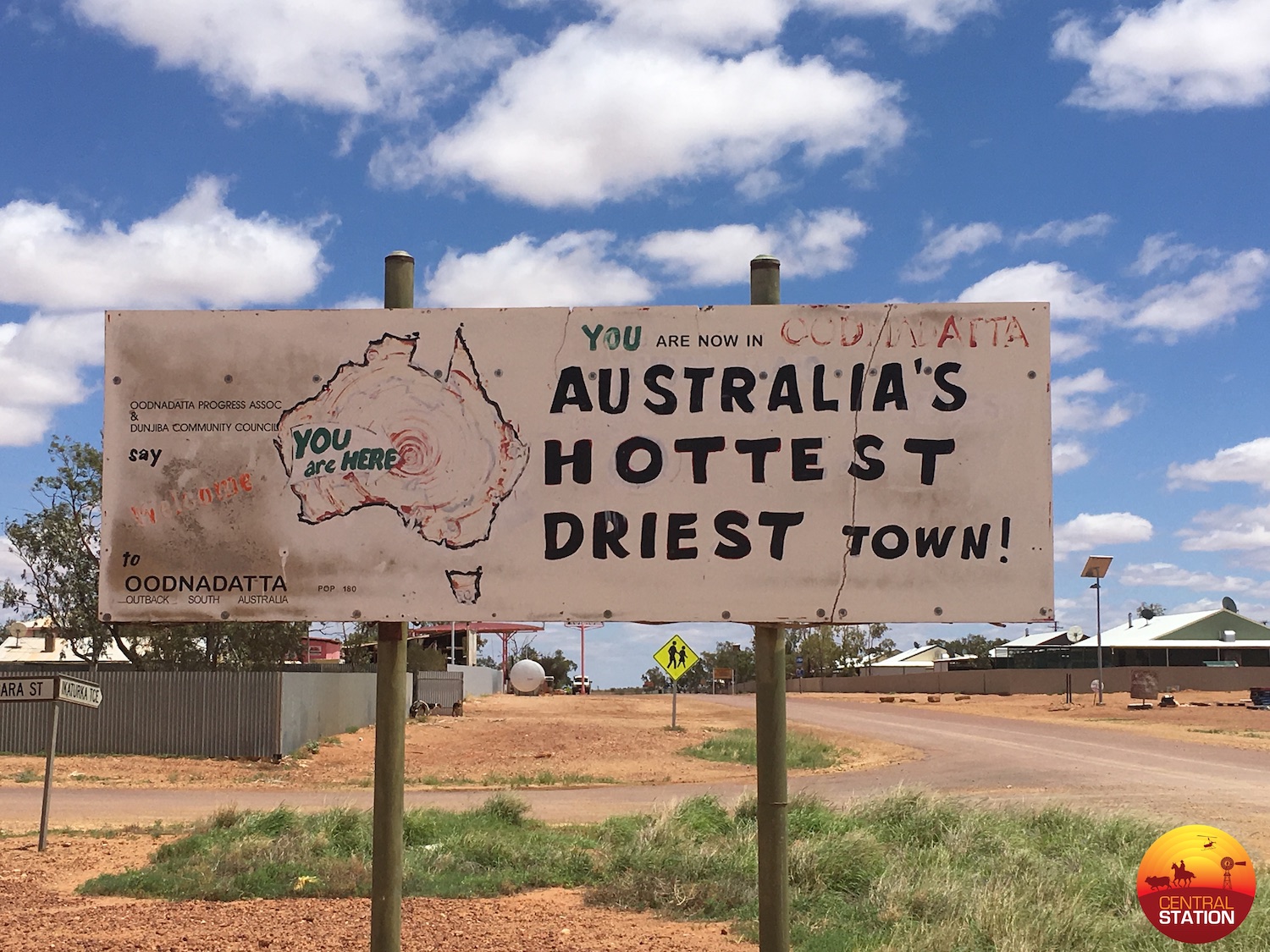 Oodnadatta – Winters are amazing, Summer is not something to brag about (photo taken in a good year)

The drillers arrived having changed their holiday plans, leaving their loved ones and coming to the hottest and driest place in Australia to work out in the middle of the sun in 45+ degree weather just so we could have water again – I think no amount of cold beer or saying thank you will ever compensate for them coming. But in the time from when the bore decided to sh*t itself, until after it was back up and pumping again, it seemed what could go wrong, did. Waters elsewhere were not keeping up, there was breakages, blockages and it was stinking hot. 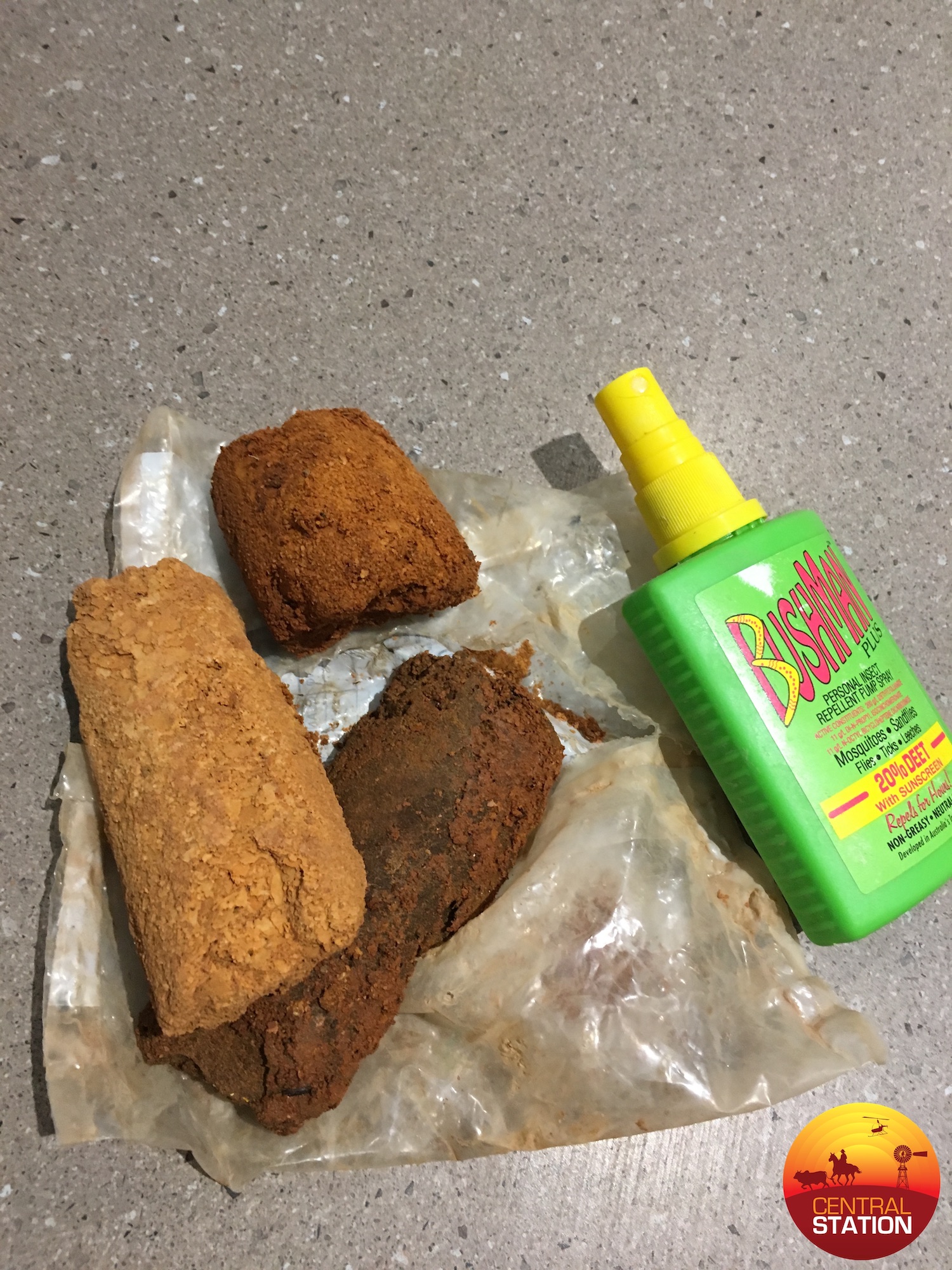 The cause of a blockage – shale in one of the pipelines.

Cam and I would pass each other like ships in the night. He was coming in at all hours of the morning, I would see him in bed when I got up to feed Lenny, and then he would be gone again before the day began. When he would walk through the door, his eyes said it all. He was worried about what was going on out in the paddocks but also about leaving me at home with 4 kids, one being only days old, whilst having to cook for drillers. I was worried about him living off the thought of sleep and hoping things would get back on track. It is times like this where love and respect for one another is only amplified by the situation and all you can do is hope that tomorrow will be better. 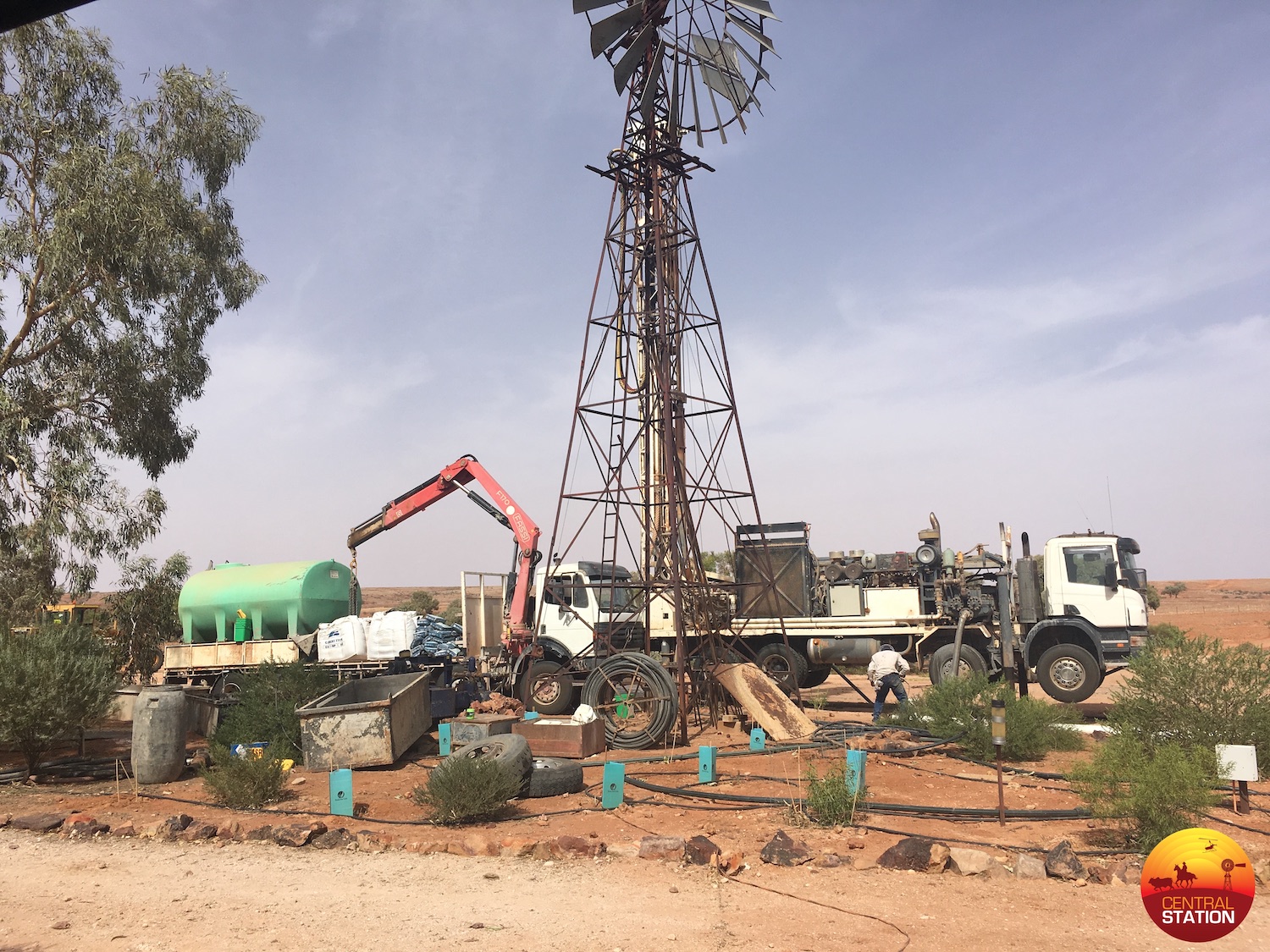 Drilling of the new bore. 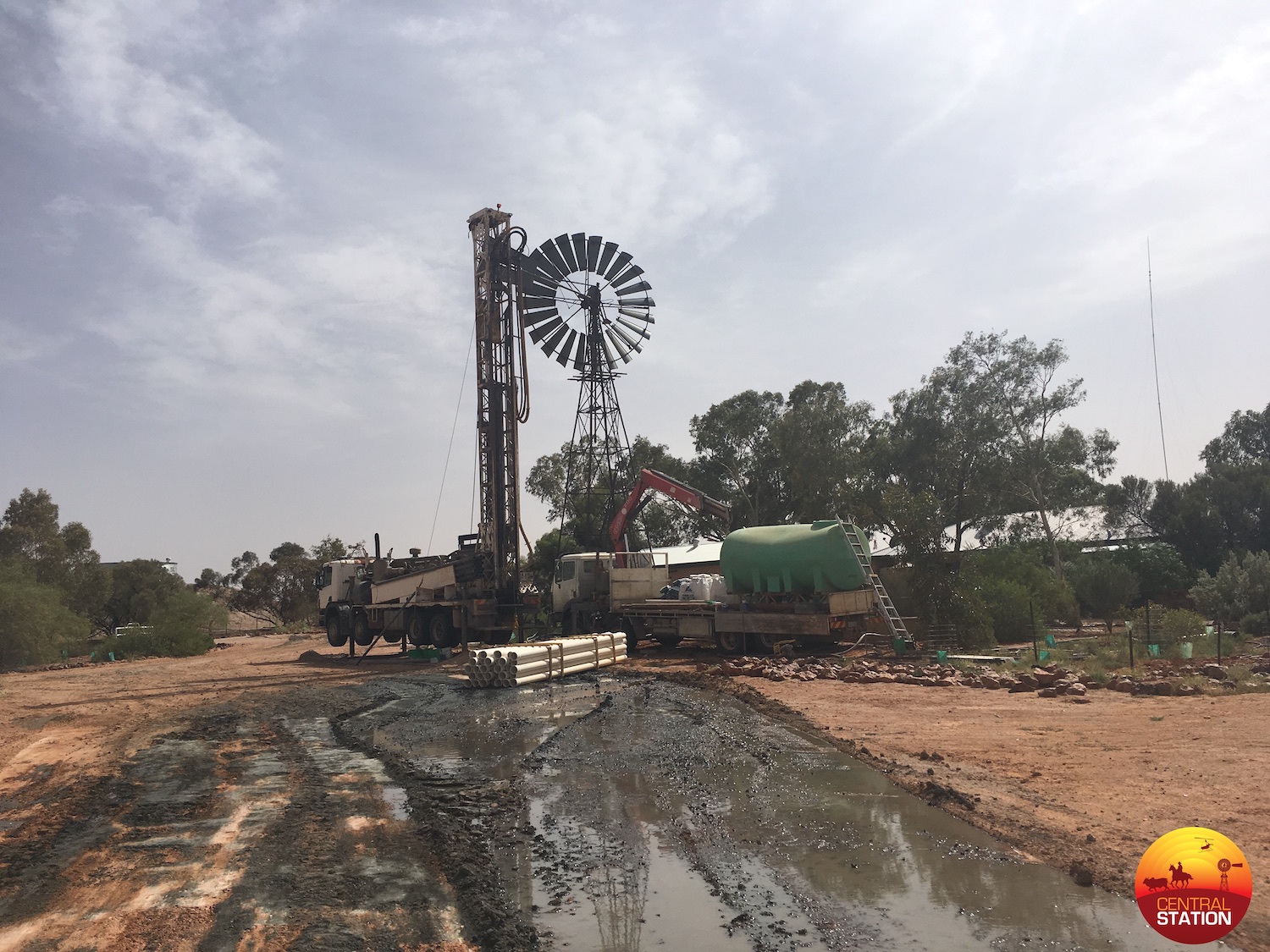 Drilling – the windmill is no more than a garden ornament from years before.

< Whoa, boy! > From the stock camp to sailing on cattle ships