From the stock camp to sailing on cattle ships

I recently went on a nine-day voyage on a live export vessel. A cruise you might say, a cattle cruise, however the journey was anything but cruisey!

The prospect of working as an onboard stocky has always appealed to me. As pastoralists, we produce cattle that journey to Vietnam, Indonesia, China and the Middle East. It has always been a personal aspiration to experience firsthand the next stage of the live export supply chain.

In 2019 I joined a group called the Young Live Exporters Network (YLEN) and by applying for a travel bursary with YLEN I was fortunate enough to attend the 2019 LIVEXchange conference. At this conference I met a network of industry leaders, exporters, pastoralists and onboard stockmen and women. My eyes were really opened to all the various jobs and roles that are involved in the Live Export industry. Attending LIVEXchange gave me the push I needed to step outside my comfort zone, as soon as I returned home, I signed myself up for the LiveCorp Onboard Stockman course.

Upon the completion of the course I began emailing, calling and just generally pestering every single contact I had in the industry to see who could get me on a boat! In late December I got a call back – a boat was leaving Townsville on the 6th of January and there was a spot for me if I wanted it. It was an unequivocal yes!

One of the first things I learnt on that trip is that delays aren’t only expected, they’re a sure thing. We didn’t end up leaving Townsville until the 9th of January (which coincidentally was also my 29th birthday!).  As the ship left port, the full impact of my situation struck me: I was on a ship headed to a foreign country, I was in charge of looking after 3500 medium to heavy weight steers, it was a 9 day voyage and I had absolutely no idea if I suffered from sea sickness. Happy Birthday to me! 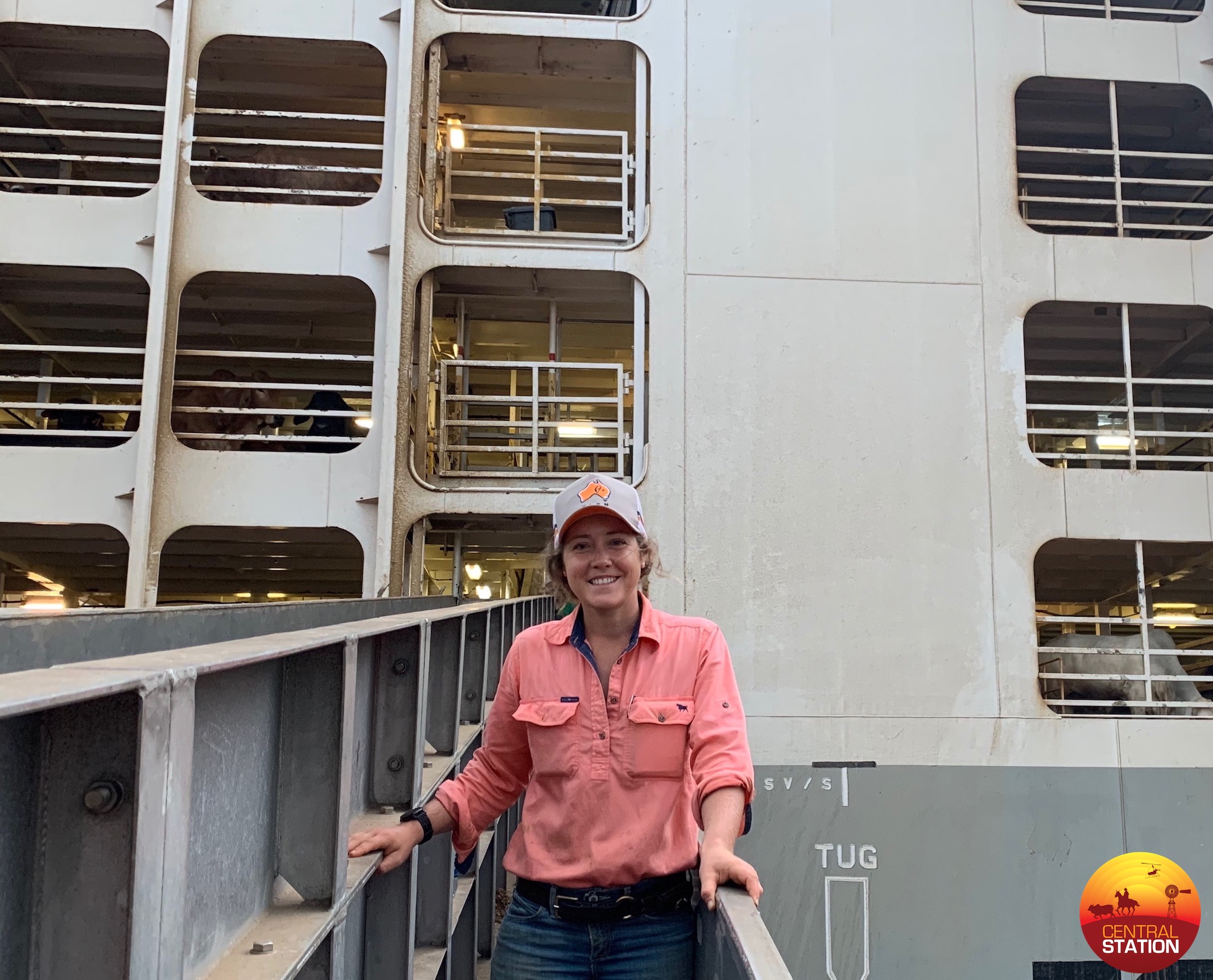 A vessel (depending on the size) could hold up to 14,000 head of cattle, and these were broken up into smaller groups for individual stocky’s to care for, under the guidance of a head stockperson. I was in charge of 3500 head and I was keenly aware of the level of responsibility that my job entailed.

I quickly formed a daily routine. At 6:30 I’d head down to my decks and check how my cattle were travelling. This involved walking my decks and evaluating each individual animal for indications of illness, monitoring their feed consumption and ensuring they had access to clean water. Anything out of the ordinary would get noted down in my faithful Elders notebook. This would take until around 9:30, whereupon I would head back to the living quarters for a quick shower before the daily meeting with the Chief and other stockys at 10am sharp. In this meeting we would discuss what had occurred in the last 24 hours, any arisen problems, feeding regimes and quantities and any treatments given. Following this I would treat any ill animals before walking my decks once more in the afternoon.

You learn how to spot cattle that aren’t doing so well, whether it be a shy feeder, one that’s a little lame or one with a runny nose (has he just got some fodder dust up his nostril or is it pneumonia?!). My job was to keep these cattle as comfortable and healthy as I possibly could and I didn’t take that responsibility lightly. I often felt like an overanxious, overly protective parent!

Once you’re in a situation where you’re working extremely closely with livestock you really get to see firsthand how low stress stock techniques do make all the difference between a healthy animal and a stressed one. The ability to see with your own eyes how the different styles of handling can improve an animal’s overall welfare is really incredible. 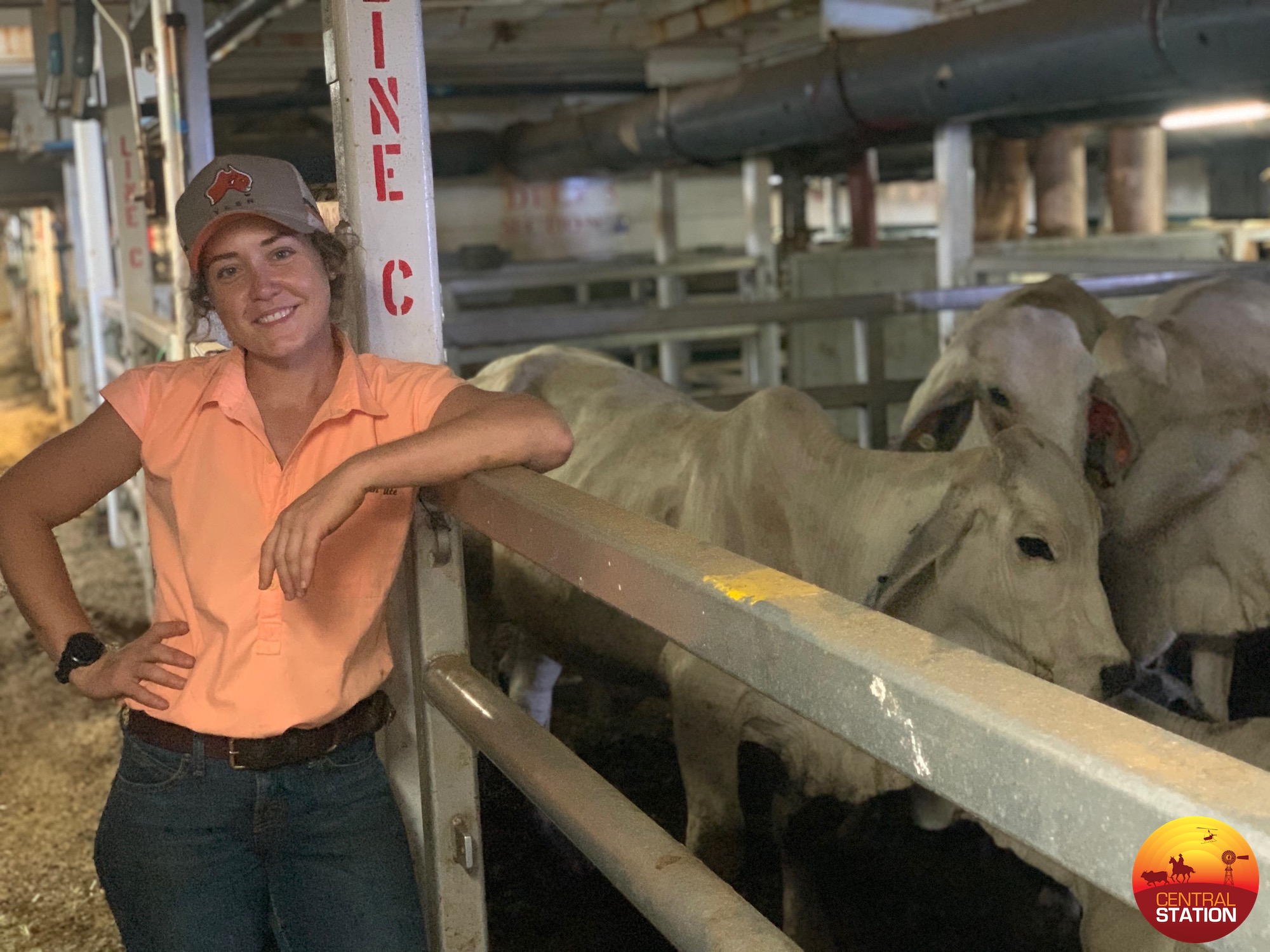 I used to think living on a remote cattle station was isolating, well try spending 10 days on a vessel where you’re the only female, 99.8% of the crew only know English as a second language and there’s no phone signal. It gives the word ‘isolated’ a whole new meaning!

However, there were experiences I was never expecting; I saw a pod of dolphins pass our ship, a giant sea turtle emerge from the depths, isolated islands passing us by, and some of the most amazing sunsets I’ve ever seen. Better still, I met some truly inspiring people who share my passion for our industry.

In telling my experience of working as an onboard stockwoman I’d love to encourage more young people to consider a career in this field. Particularly the women out there, don’t look over this field because you think it’s a man’s job. If you’ve got a love of working with livestock, a sense of adventure, a good work ethic and most importantly a passion for upholding animal welfare standards, this is a job for you. I’d also encourage all pastoralists to try a boat trip at least once, just to see firsthand where your cattle go once they’re loaded onto the road trains and driven out your front gates.

Ultimately, I’d love to do a voyage with some of our steers and heifers from Kalyeeda onboard, we’ll see what my nagging and pestering skills can produce! 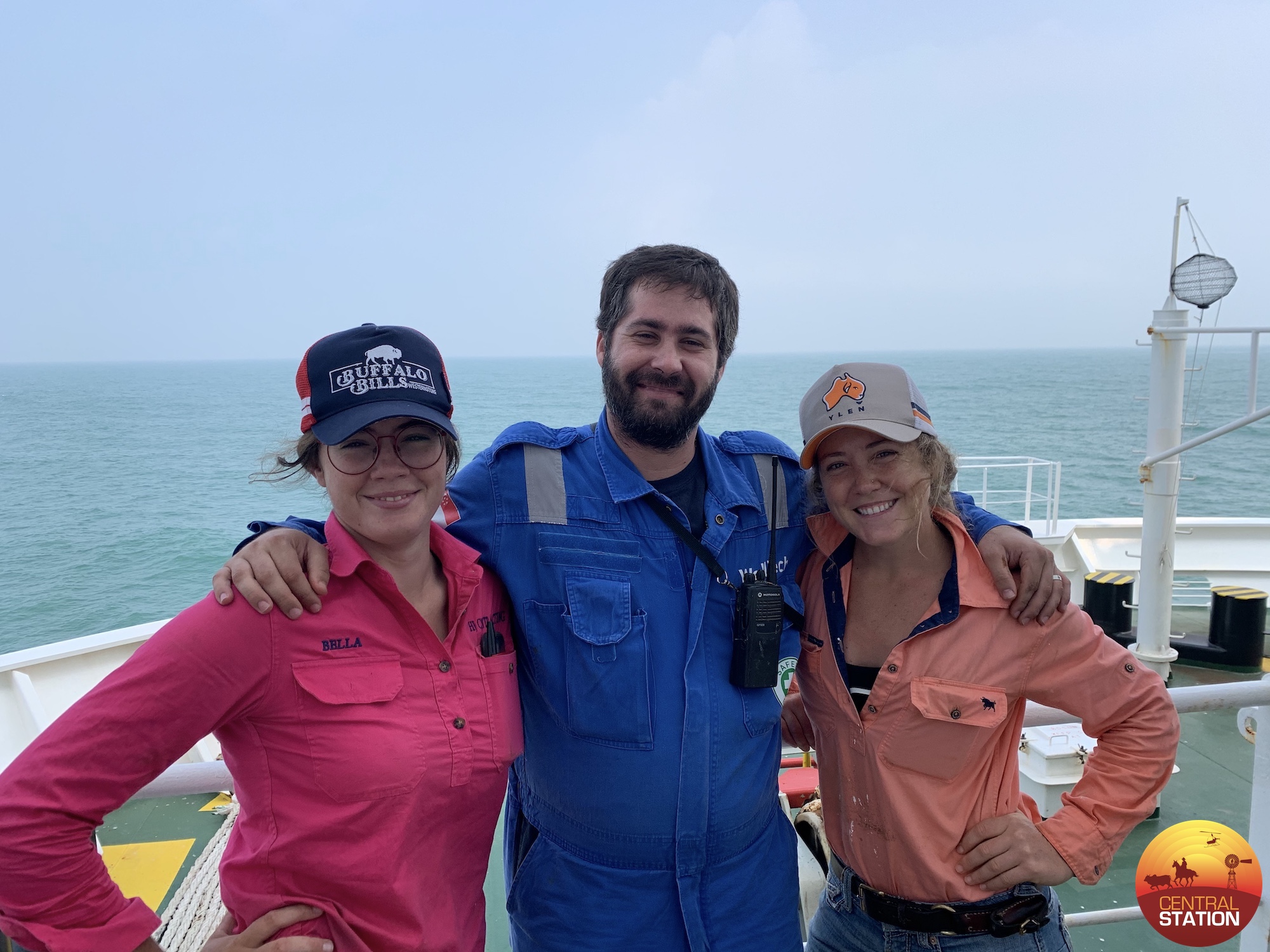 < Baby, can you handle the heat? > Episode 28. Hugo Rickard-Bell – The Incident