It started off as a distant dream back when I was in high school.

You know.. the good old year 10 subject “careers”, when it’s that dreaded time where you’re almost an adult and have to start making career choices. Everyone else was expressing that they wanted to become lawyers, engineers, nurses, teachers and the like, and here I was pondering what the heck I wanted to do when I left school. I grew up and was schooled in Broome, so while it was a regional town, I was a “towny” as they say.

Broome is a small but busy tourist town right on the coast of Western Australia in the Kimberley region, surrounded by beautiful beaches but also lots of bushland and some of the biggest cattle stations known around the country.

As a kid I was pretty darn lucky – my family didn’t travel, instead we camped out! We spent most school holidays swimming and fishing in parts of the Fitzroy River. Camping at Myroodah Crossing was probably my favorite childhood memory, we used to swim amongst the locals from the nearby Looma community and we would go croc spotting at night and see the thousands of freshies (Fresh water crocodiles) eyes glowing in the water. Often when I tell people that, they look at me as if we were crazy! Still to this day we would go for a beer & swim on our weekends off when I was working on a nearby station, but we will get into that detail shortly. 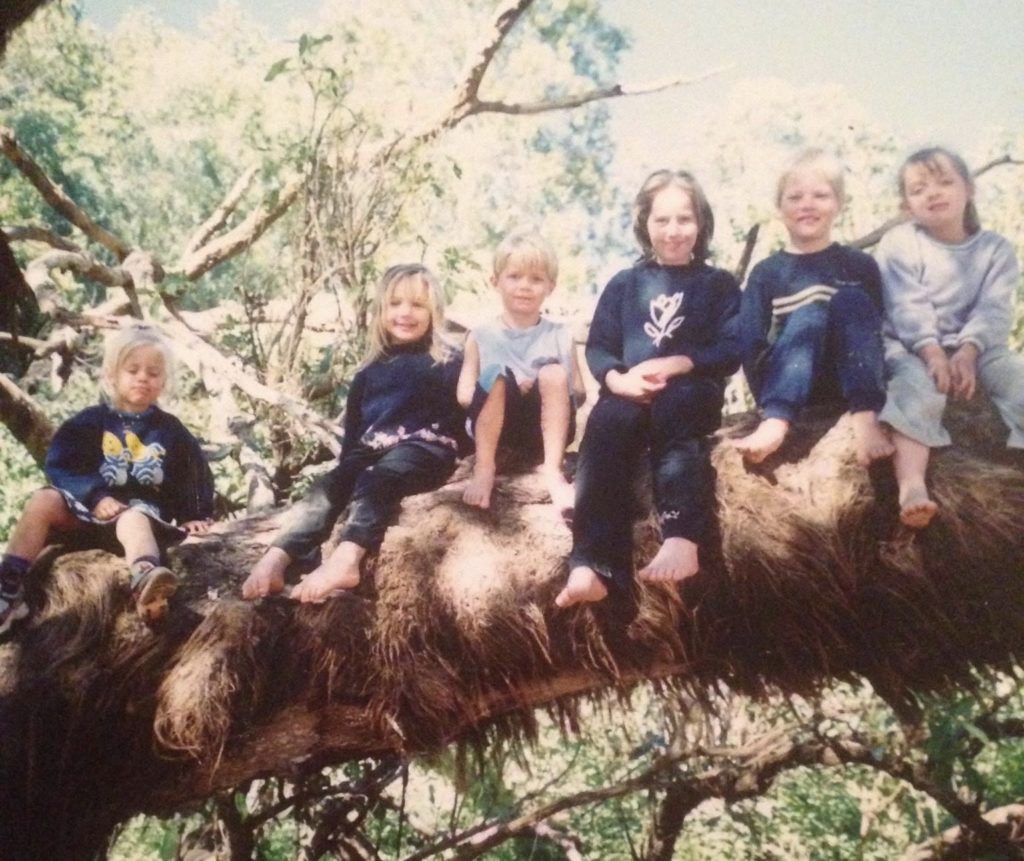 Camping at Myroodah Crossing as a kid.

My parents owned a Marine & Mower shop in Broome, where I use to enjoy “pretending” I was helping dad fix boats, lawnmowers and generators just to name a few. Growing up I was very much “horse crazy”, a mad saddle club fan…  all the works! I sadly never got to get into horse riding as noone offered lessons in town and only a couple of my friends had horses so occasionally I would go out to the Pony club and get led around on their horse. From then on Dad knew I was eager to learn more about stations and horses and the rest that goes with it.

Dad happened to know a few station managers around the Kimberley and the next time they were in town he would explain that I was interested in getting some experience up my sleeve throughout school holidays. I remember being such a shy and not very confident 15yr old girl and here I was about to jump on the good old Greyhound bus up to Fitzroy Crossing where I was to meet the lovely Station Manager of Jubilee Downs. I was so bloody nervous and had no idea what I was doing with no background and very little understanding of what they had planned for me. I remember feeling so anxious as it was a whole new ballgame for me being such a shy, young and naive teen.

Going back to school I remember telling all my mates how interesting it was and that I wanted another turn of getting out of my comfort zone and going back out again. This time to a new place which was about 300kms south of Broome, called Wallal Downs.

I learned the basics like how to fence, drive a loader, catch and feed the poddy calves, check bores and how to eat sandwiches before the flies did.

I had so much fun learning so many different skills in such a short time, so throughout year 10 and 11 I continued to head out on a few different properties. From this time I began to ask myself “Am I really capable enough to do this full time as a career?”

So, I’m about to throw a complete 360 here and tell you what I ended up doing when I left school…

Yep, you wouldn’t have guessed that would you? I mean same same kind of thing, kids v.s. cows? You still end up running around chasing them with the same kind of temperament, right?

Long story short, I studied and completed my Diploma in Early Learning as an educator and worked in the industry for 7 years before I met a handsome, lanky “Ringer” by the name of Herby. This is where my childhood dreams became my reality.

Herby was working on Nerrima, a cattle station 300kms east of Broome. A year of traveling into town to see me and visa versa led me to the realisation that I wanted to go and relive what I did in year 10 – work on a station.

I was 24 by this time and still I was unsure if I was capable enough and didn’t know of many other females working in the industry. Herby insisted I just put my “big girl shoes” on and give it a go! With his persistence and reassurance that I could do it, it’s exactly what I did!

I packed my bags and headed out to Mowla Bluff Station where I first started out as a Governess. I enjoyed it so much, teaching the kids on “School of the Air” which was such an amazing experience and so different to working with the kids in town! After we had finished the school work for the day, the kids and I would go help mum and dad in the yards and feed all the pets. I decided soon after I was ready to be out in the yards working with bovines.

Next thing I knew I was driving back out towards Fitzroy Crossing in 2018 where I began my journey as a first year Ringer at Gogo Station. From only knowing the very basics I had been taught to the much bigger stuff like riding a motorbike, mustering, welding, maintaining vehicles, branding, fixing and operating machinery, processing and trucking cattle just to name a few. I thoroughly enjoyed my time at Gogo before I was off to a new adventure. 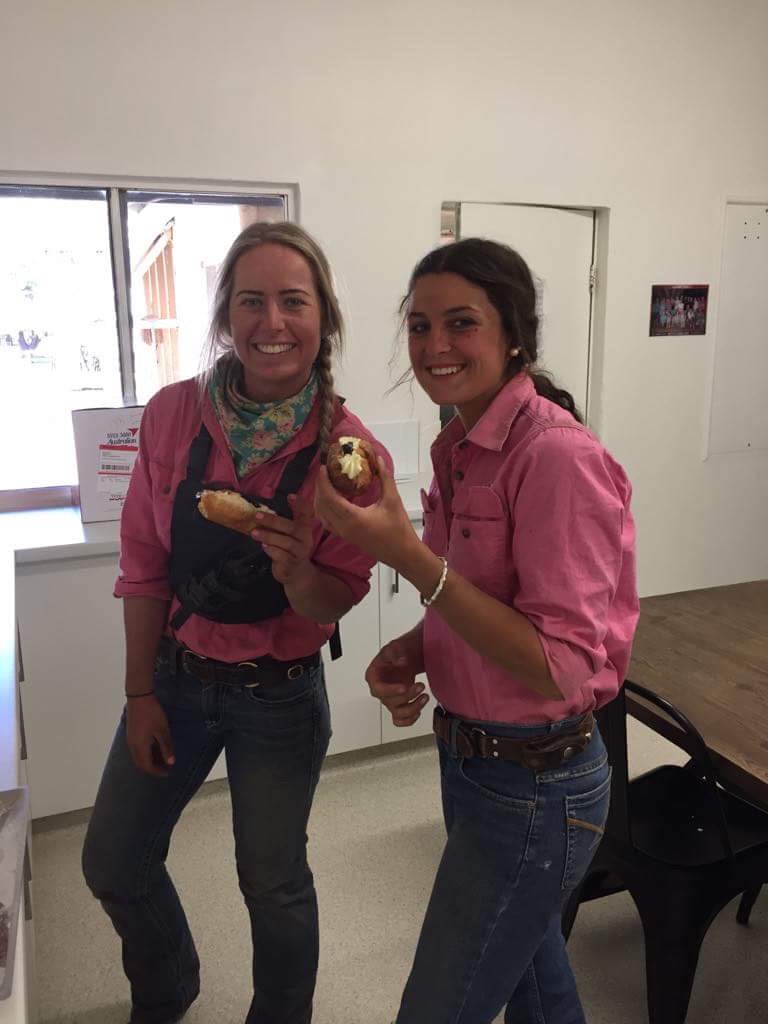 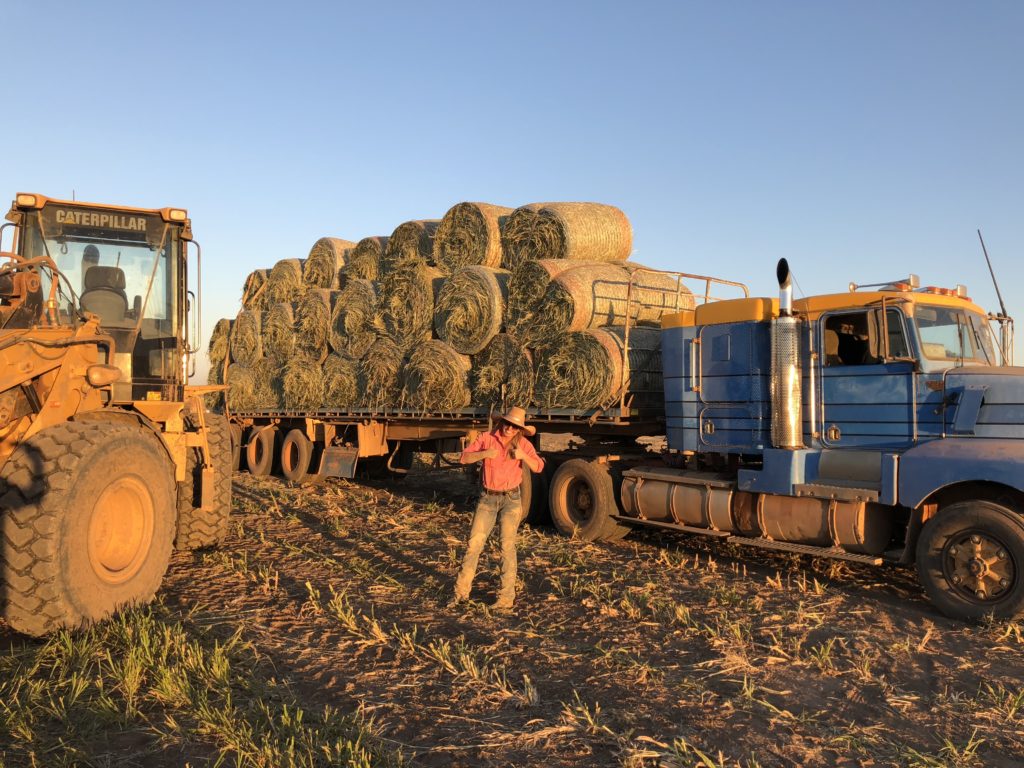 In 2019 I set off for my 2nd year as a Ringer, at Nerrima Station. Again I learnt so many skills like riding and shoeing horses, cutting individual cattle out from the mob, maintaining bores and pumps, low stress stock handling and putting lick supplements out etc.

This was my favorite year of experience being able to muster using horses, I finally got to enjoy riding while doing it as a job! My boss often use to use the phrase “this isn’t like McLeods Daughters or Saddle Club here” just to remind us that yes we have an important job to do! (P.S. just clarify it’s definitely nothing like McLeods Daughters). 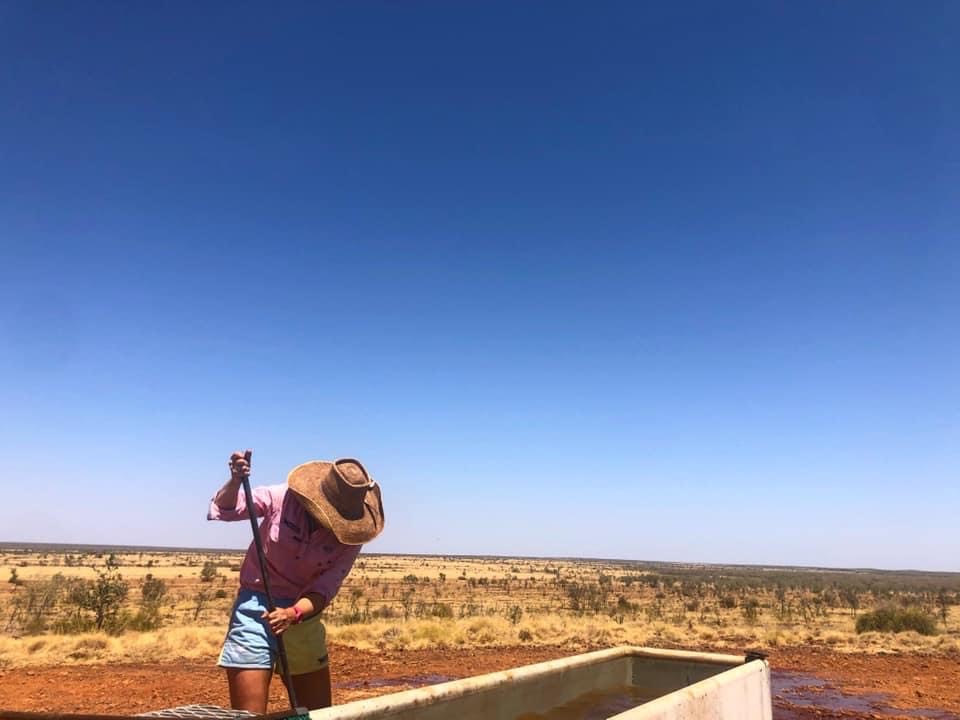 Cleaning troughs is an important job so cattle have access to abundant, clean water.

In 2020 I wanted to continue gaining more experiences and adventures, so I made the journey up into the Northern Territory, where I’m now about to go into my 4th year, again gaining further experience, skills and working with some great people along the way. From the little naive teenager I was, to now here I am living my dream! Don’t get me wrong, there’s a lot of sweat, dust, manure, flies, blistered hands and tears along the way, but it’s totally worth it!

The moral of this story is –  “if you think you aren’t capable, you most certainly are! Don’t hesitate just go for it! Experience doesn’t matter as long as you have a ‘can do’ attitude!” 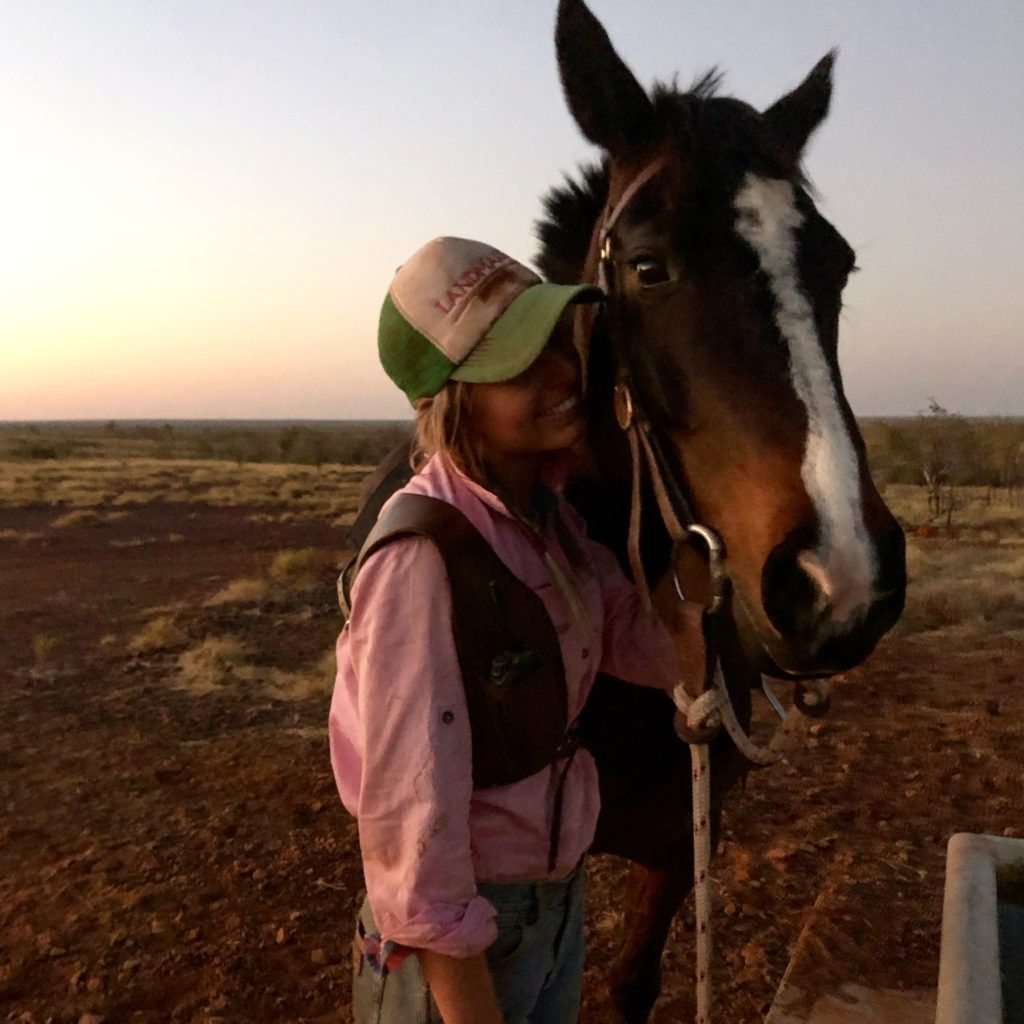