As Troy mentioned in his first blog he had heard from a few people that when they have searched Meda on the internet they have could not find a lot of information. I have had a first hand experience of this and it is one of the main reasons I wanted to start doing blogs for Central Station.

One of the other reasons is that I wanted people who may read our blogs before coming to Meda or that may be thinking about applying for a job to have a bit of an idea about what to expect when they arrive, and have more of an idea about the reality of the job. I also want them to be able to see some photos of where we live and see why we love it so much here!

Firstly, I am Mon Haslet and I live at Meda Station in the West Kimberley with my husband Troy who is the Manager here and we have a 1½ year old daughter Marlee and another baby on the way. 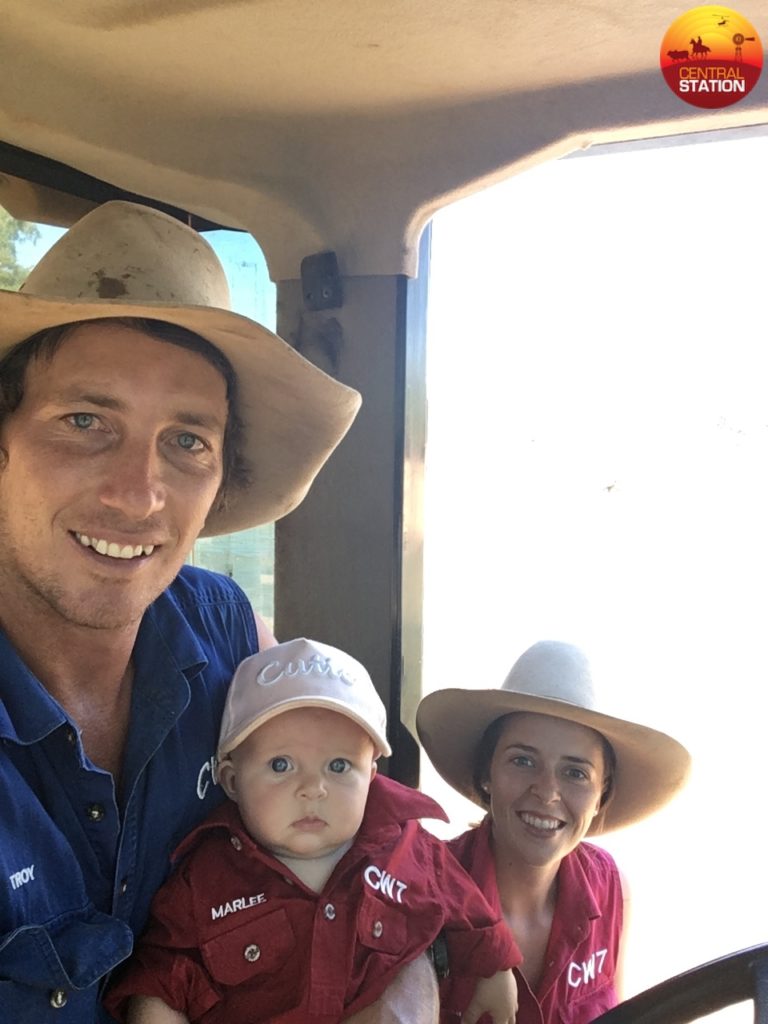 Troy, Marlee and myself (Mon).

I remember when I first came over to the Kimberley I had no idea of what sort of area I was coming into. Obviously I had a rough idea of what the job entailed, but I didn’t know anyone that had done it before so there was a lot that was unknown. Having spent my entire life until that point in New Zealand I had no idea of the pure beauty of the Kimberley – I just imagined that it would be flat, hot and dry and that there would be thousands of flies. Well, I was right on a couple of things, it is flat and hot but also wrong on others. Most years in April when the crew arrive it is generally still green and there is still a lot of surface water around from the wet season and there is not too many flies.

I came over from New Zealand with a good friend of mine – she was heading to Blina and I was heading to Meda. We were in Perth for a few days on our way up here and we spent a bit of time doing some Google searches to see if we could find anymore out about the stations we were going to work on. I remember looking up Blina with Jana and we found these really cool stories and photos on Central Station with a real life description and way of life on the station. Then we looked up Meda and came up fairly empty handed in comparison, other than the write about Meda on the company website I could only find out a little bit more about the place. It seemed a bit more daunting heading off into the relatively unknown… not that I wasn’t really excited or not looking forward to going, I just wasn’t 100% sure on what to expect.

So, I hope that by starting to write a few of these blogs and sharing some of our stories and photos I can help someone who is on their way to Meda to work for the season by giving them a bit more of a real life day-to-day view of our station and where they are going and what they will be doing for the year. Or, maybe these stories will help someone who is not quite sure if this is a job for them in making that decision.

We live in an amazing and unique part of the world but it can also be a harsh environment to work in with continuous long hot days in the sun. In all honesty it is not a job that is not for everyone but it is also very surprising at how quickly your body adjusts to working in the heat when it is something you haven’t done before. Although being on a station may seem like it could be isolated it is still a very social environment, in the stockcamp you are living with each other as well as working together and most crews form solid friendships that last years to come.

For those that are unsure about the job they are heading to if you can keep an open mind and see everyday as a new adventure and take it as it comes. You are heading to an amazing part of the world so make the most of the adventure and enjoy making memories you will cherish for a long time to come. 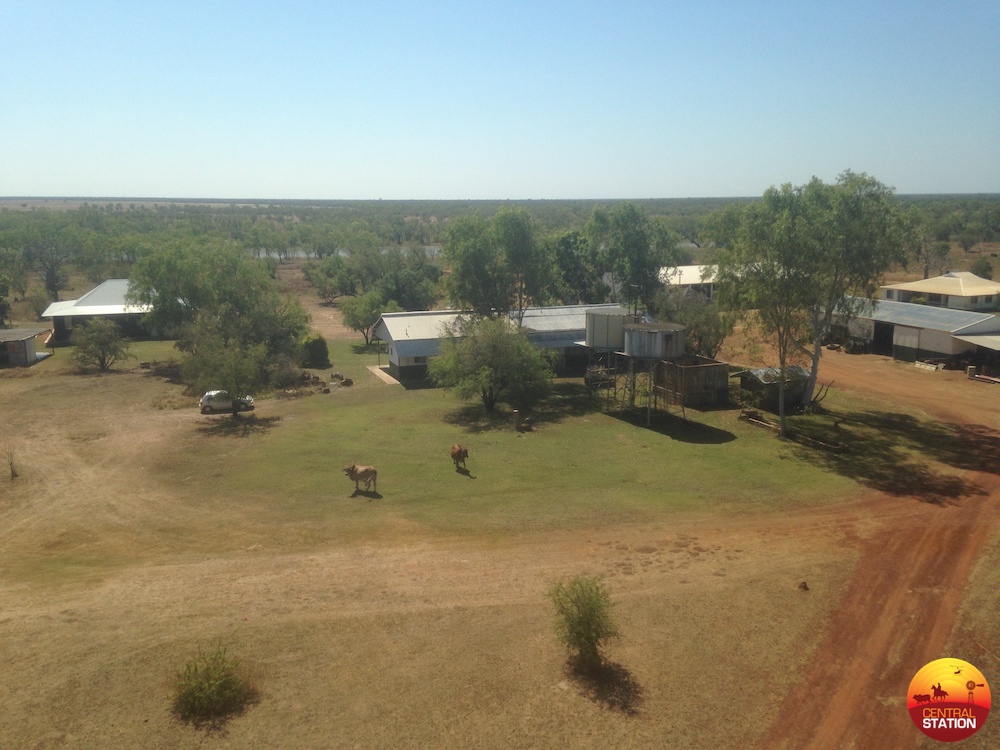 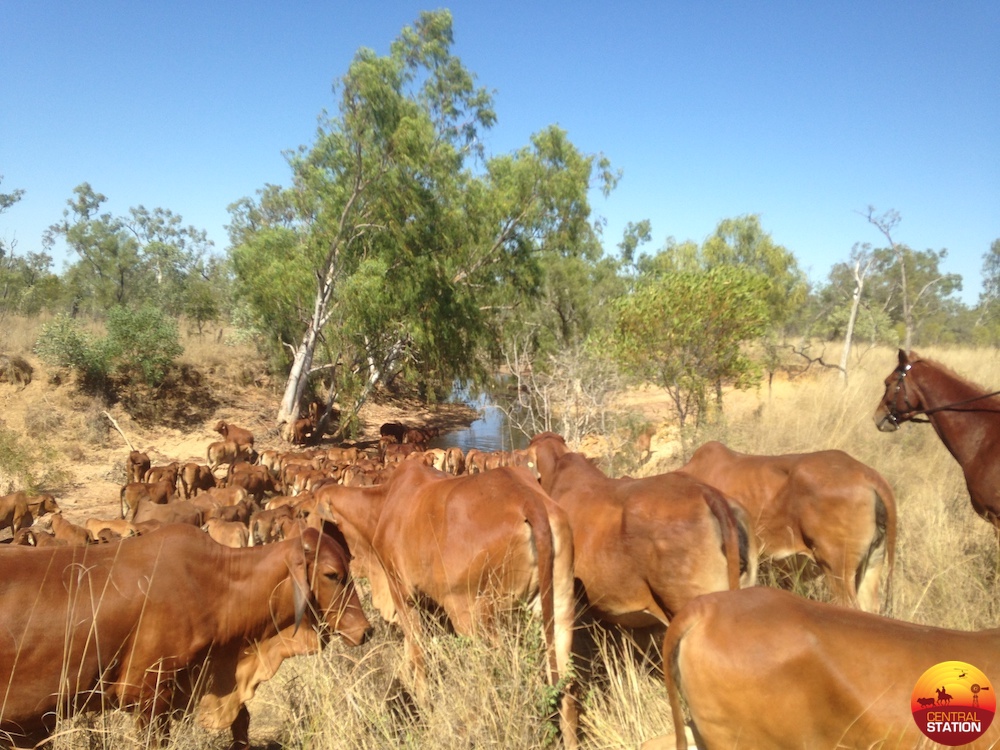 Holding heifers on water in Alexander Creek. It was much to my surprise there is still plenty of surface water in late July. 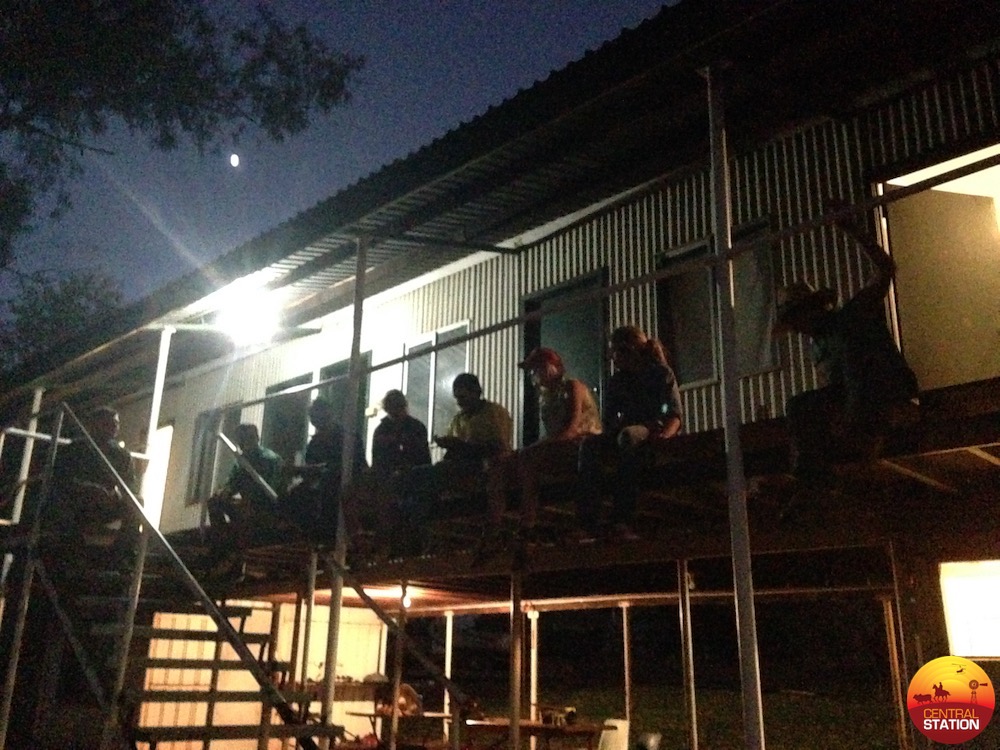 The stockcamp having a beer after a long hot day at the Kimberley Downs quarters. 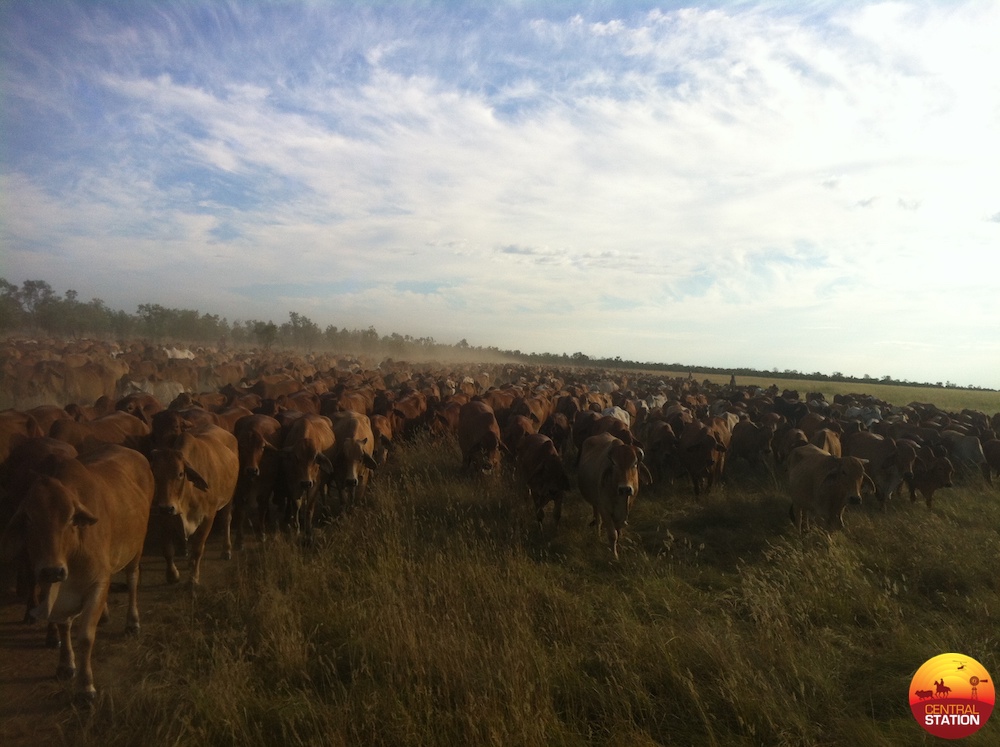 The start of a long 18km walk to the yard for the One Tree breeders. 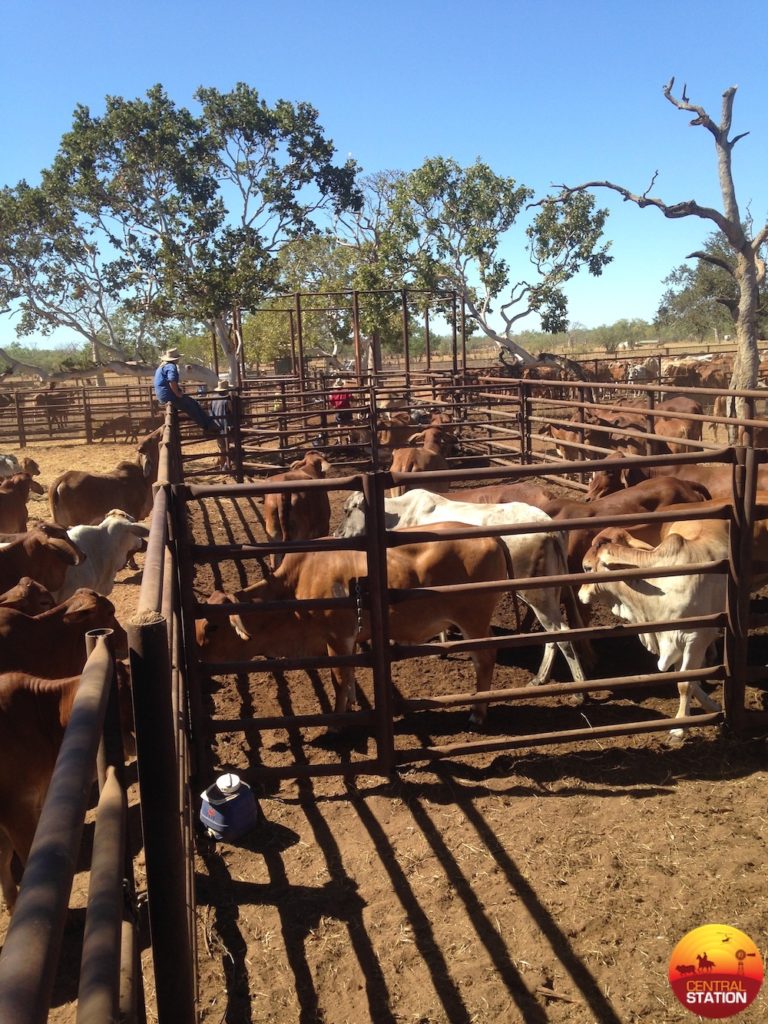