There are so many different jobs on a cattle station. Headstockman is just one of them. The Headstockman is the person who runs the stock camp. Meet our Headstockman, her name is Georgie, you may have met her several times on the blog but here she is again, in case you missed out . . . 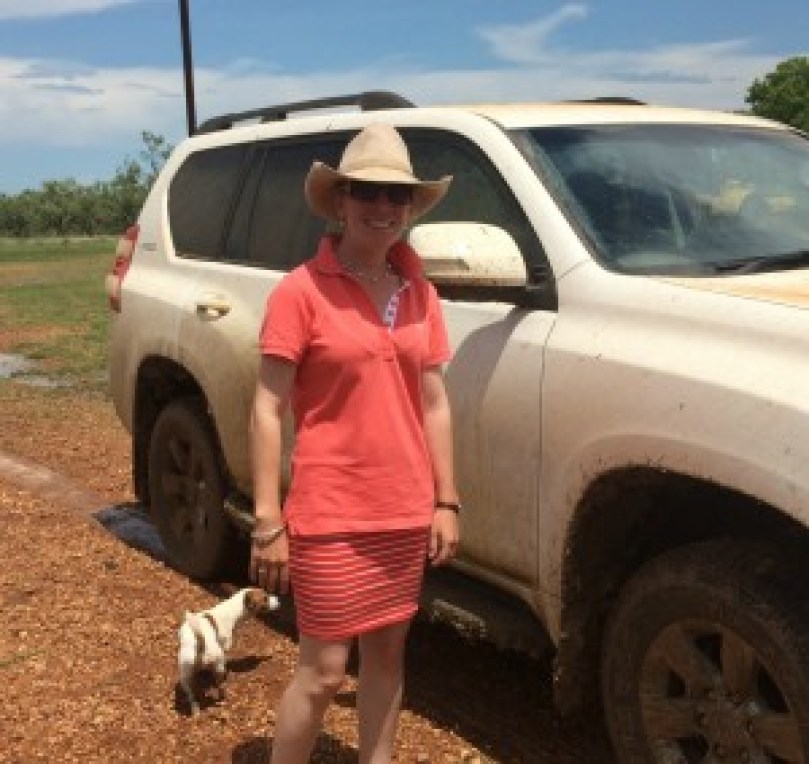 Georgie started work here at Chardy HQ back in 2011. The same time our wonderful old Headstockman – Mick – started. We lost Mick last year in a tragic accident (which you can read about here).

Georgie arrived as our Governess. She taught my children for a year and then decided she would like to be a Jillaroo . . . so into the stock camp she went in 2012. When we lost Mick, Georgie stepped up to run the camp, it was a bitter sweet promotion but this girl can and will work. Stubborn may be the word to use. 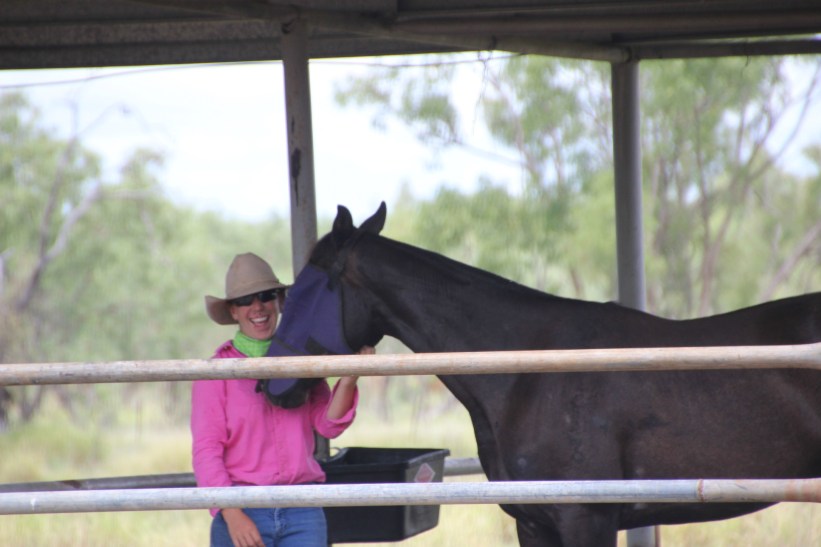 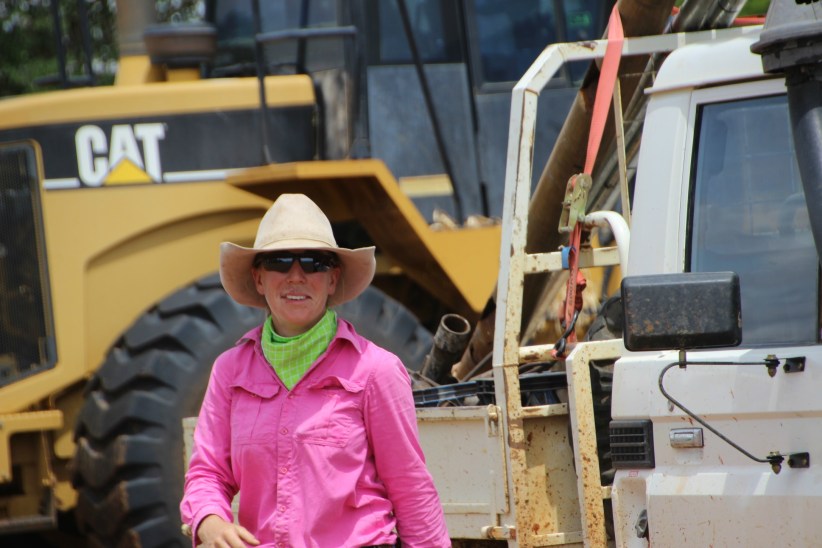 The stock camp consists of the Headstockman – Georgie – and usually about five or six Jackaroo’s. So it is just her and a bunch of blokes. Georgie is a real pocket rocket and such a hard worker. She grew up on a farm near Dunedoo in NSW, went to boarding school at PLC in Sydney and then headed up north as a Governess, fresh out of year 12. She governessed on two different stations for three years before arriving here in 2011.

Georgie’s job is varied and can involve any of the following: mustering, branding, yard work, fencing, fire fighting, pasture monitoring, bore running, welding, setting up portable yards – yep this girl can carry a portable panel on that tiny little back of hers (told you she was stubborn), station maintenance, bore pulling, and so much more. 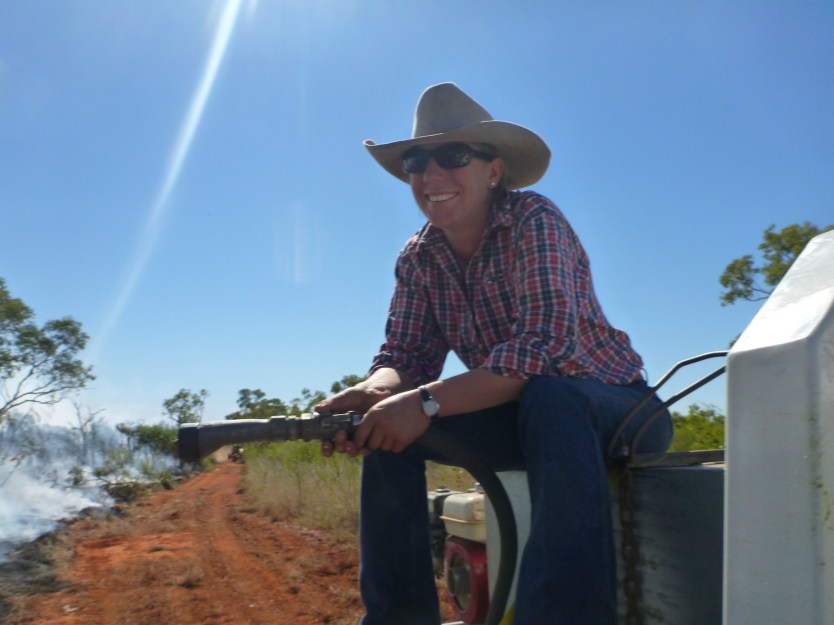 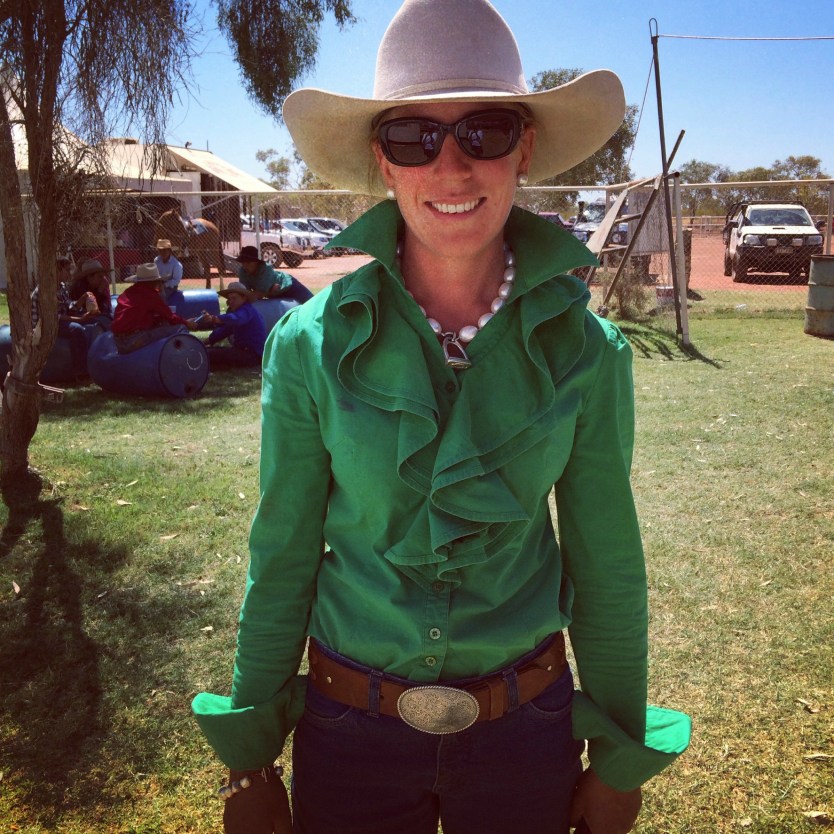 Georgie loves her horses and grew up riding them. This worked wonderfully for us when she was our Governess. She used to take Tom horse riding after school. Georgie may work in a man’s world but she also loves nothing better than washing off the dust, dressing up, and having a wine with the girls. 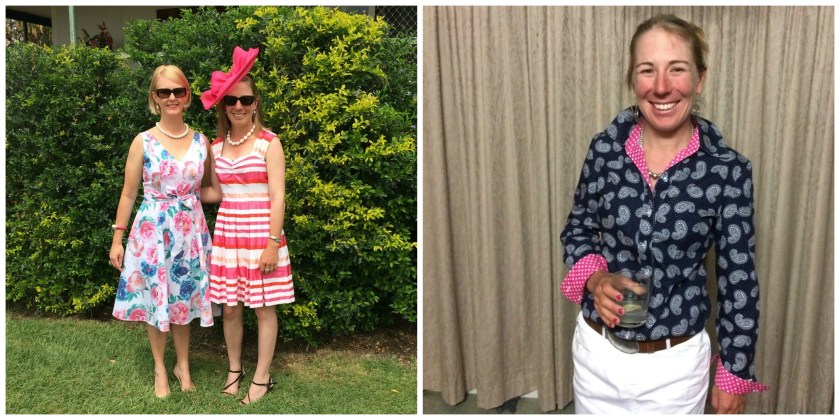 So there you have it my friends . . . our Headstockman. Question time . . . what else would you like to know?