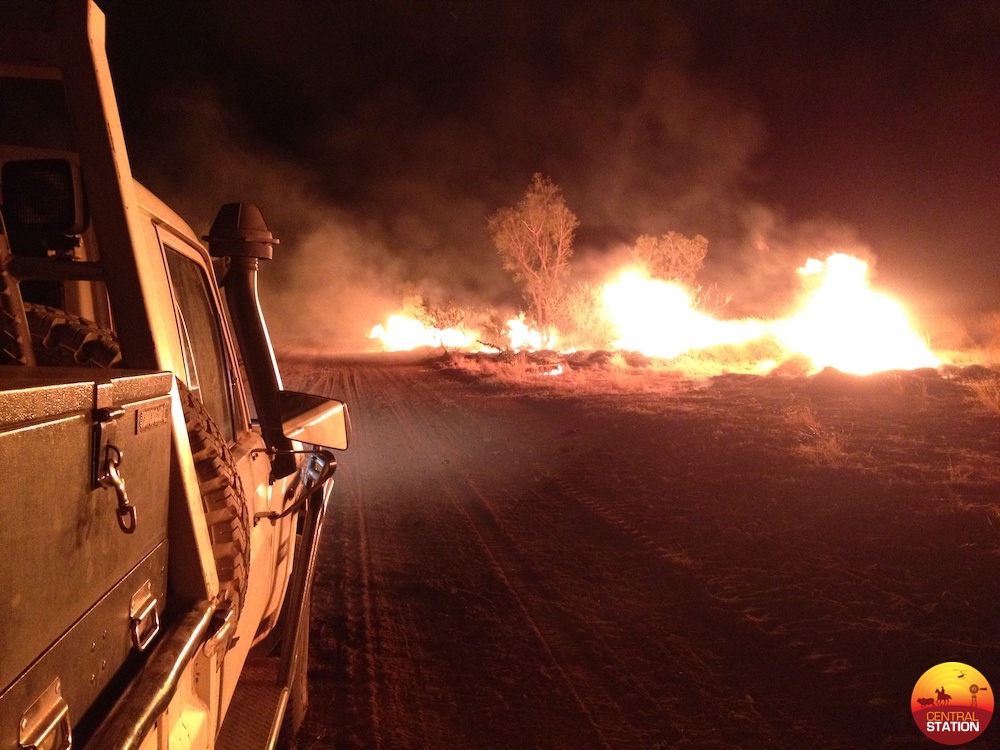 We arrived home late last night after a 7-hour drive from Darwin airport dropping the kids off to go back to boarding school.

This morning we woke up and opened the blind to see black everywhere over the fence. The paddock in front of our little travelling home was completely burnt out. I assumed that there must have been back burning while we were away as the fires have been burning all around us lately. But after speaking with one of the fencing crew I found the fire had started on its own only about half an hour after we had left to go to Darwin.

He said an ember must have floated over into the paddock from the other fires or jumped over a fire break somewhere. Within an hour, the hay shed had gone up in flames along with $20,000 worth of hay. The whole paddock around the shed went up in flames and the corner of the homestead started to burn.

They had to let the horses out of the stables, the dogs out of the kennels and the kids’ little pet pig.

Apparently, it was a bit of a circus. 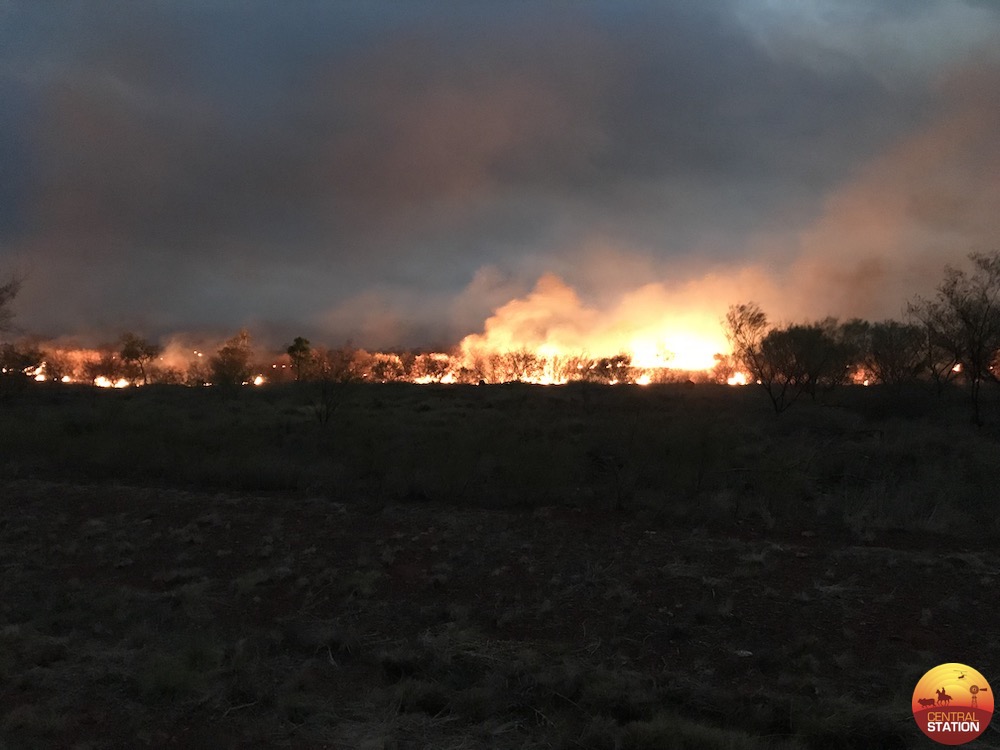 Note: I’ll wind back a bit in time here, before the fire for a few weeks there had been two mares in season and the stallion was penned away from the girls. He wasn’t happy about it and had his eye on his females everywhere they went, making a fuss every time the young colt went near them. The mares would back up to the stallions’ yard and lift their tails letting him know he had a job to do. He did try his best…

So, winding forward in time again… the hay shed is in a giant ball of flames and then all the animals were let out.

Well, the stallion bowled over the pony who was in between his good-self and the mares, having no regard for the fact that there was a fire coming and so he got to work on more important things!

Meanwhile the staff on the station are trying to fight the fire without the help of the grader because it’s broken down in the shed.

Last time I counted on the Station, there were at least eight dogs that the station manager owned, the fencers had three and the ringers had four.

So, as the story goes, there were dogs hanging off each end of the poor pet pig “trying to stretch it a bit” – you can imagine the noise. The stallion was hard at work with the ladies, and to finally finish off the picture of complete mayhem – one of the backpackers on the station, after seeing the hay shed go up in a ball of flames and then the corner of the homestead decided to throw together his belongings and was seen running with his luggage, down the seven-kilometre driveway right in the path of the oncoming fire!

I am so glad we had the kids off the station.

This morning everyone has had a Sunday sleep-in and after a full week of firefighting, mostly late into the nights and early morning starts, all the staff here have earned a good rest.

Everyone is cleaning up, there is ash everywhere and we are trying to finish renovating this kitchen. Life goes on…

< Building in the bush > Off-road to Kalumburu