The hardest part is to know when it’s time to admit defeat. 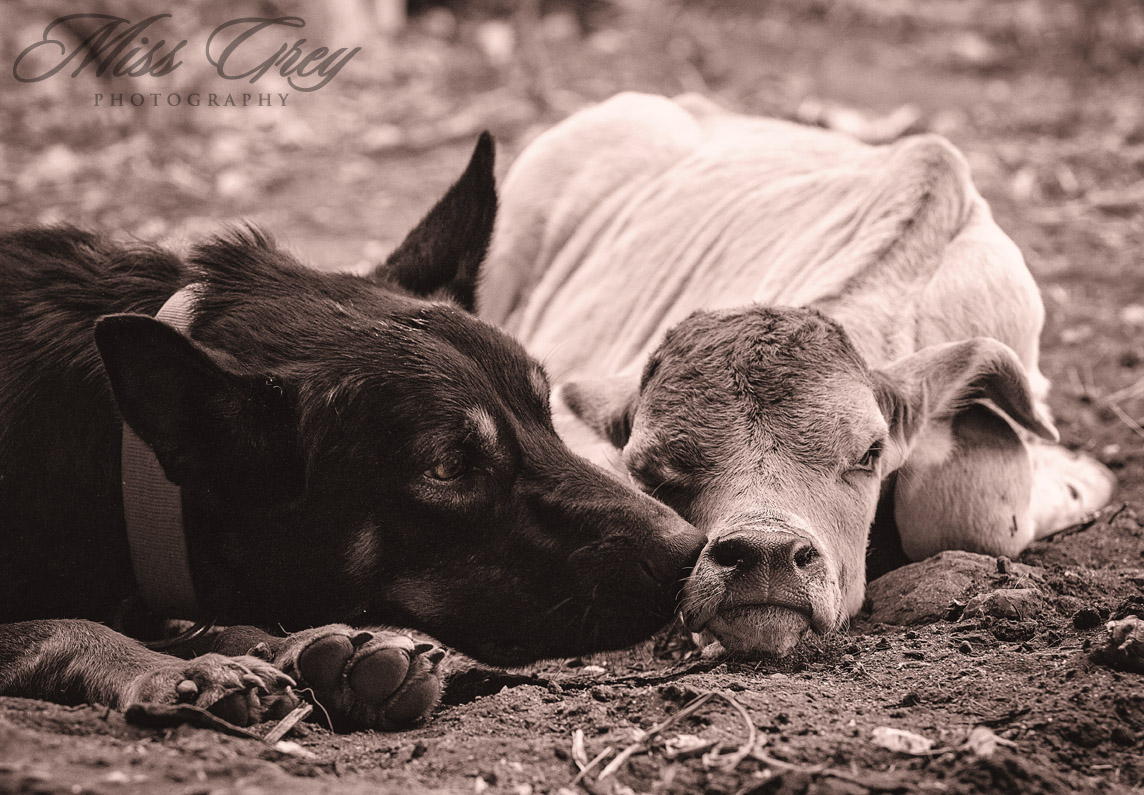 Raising orphan calves is something we have always done here at Glenflorrie. My parents taught me early on the value of compassion and Dad would bring the calves home while Mum and I warmed up the bottles. But sometimes it is more compassionate to reach for the gun and knowing when it’s time to make that call is one of the hardest lessons we have to learn. And, it is still one that leaves me second guessing myself so often.

Poddies can be orphaned for a number of reasons: 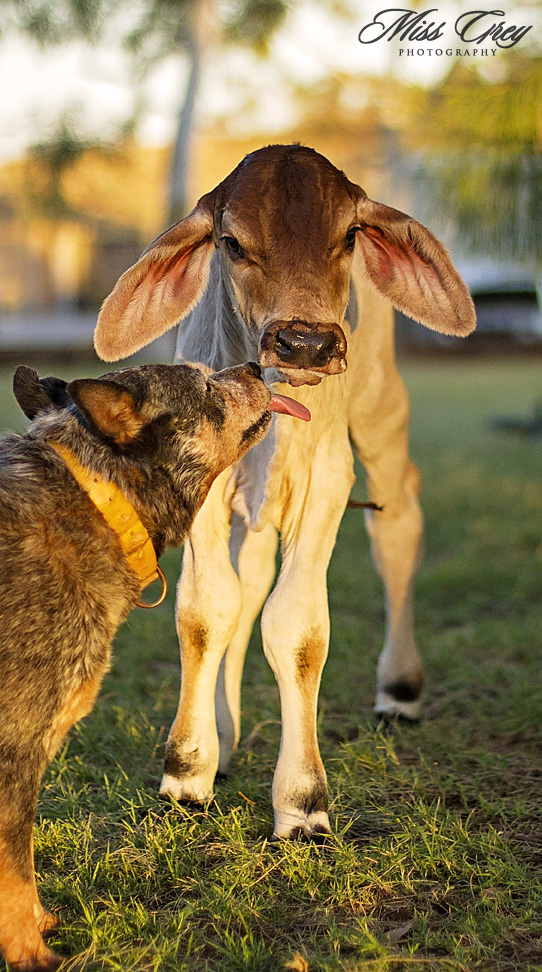 A young calf & his nursemaid, Leah who would sleep by a sick calf’s side on the lawn till they were out of the woods.

Over the years we’ve had nearly every imaginable reason for a calf to need help, land on our back lawn. One beautiful big red Brahman bull calf was left at a water point, abandoned seemingly in perfect health. 3 days later, he was going rapidly downhill with only an expanding belly to indicate an issue and we learnt from a knowledgeable vet that during the birthing process, large calves can sometimes end up with a ruptured bladder and there was nothing we could do to reverse it. How his mother knew this is just one of the things that amazes me about animals and their instincts. 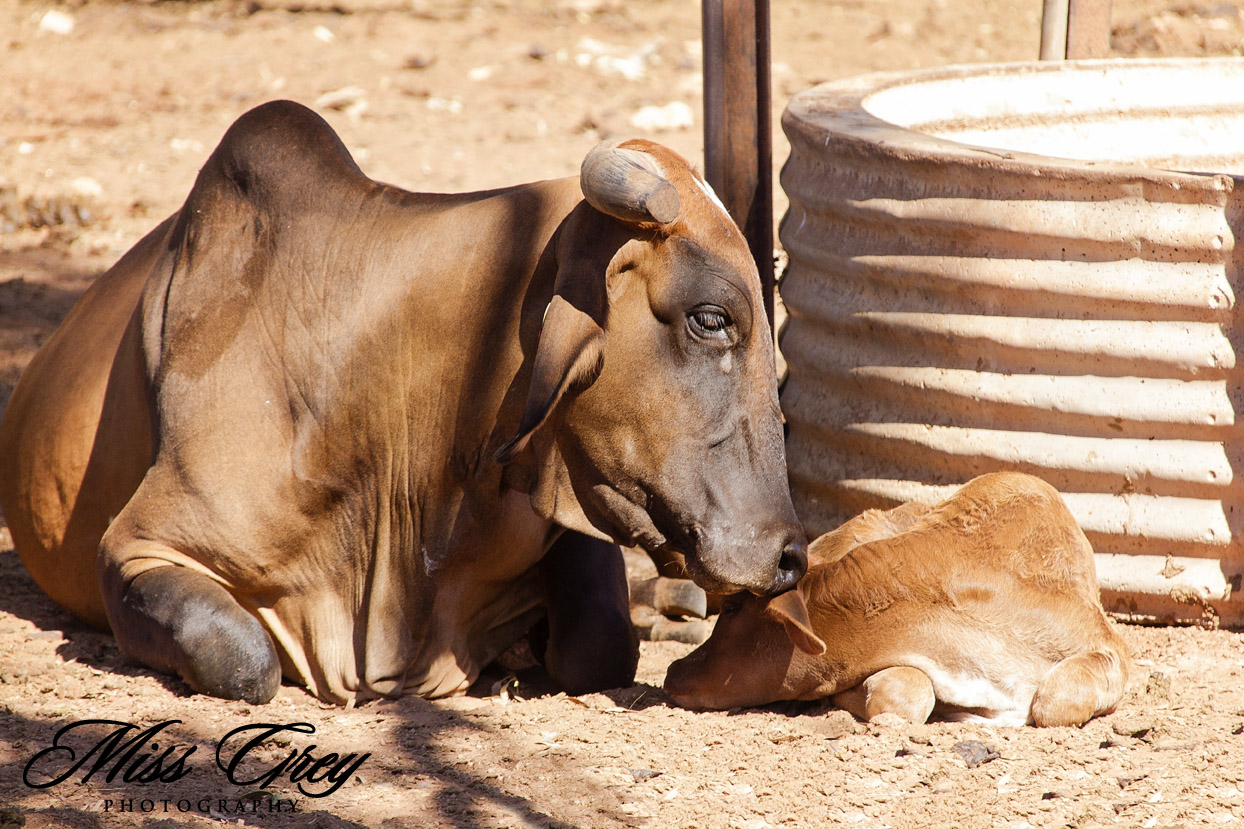 We’ve had every extreme of dehydration, some too far gone and others making a remarkable recovery, seemingly against all odds.

A few lessons we’ve learnt along the way have helped us increase the odds in their favour: 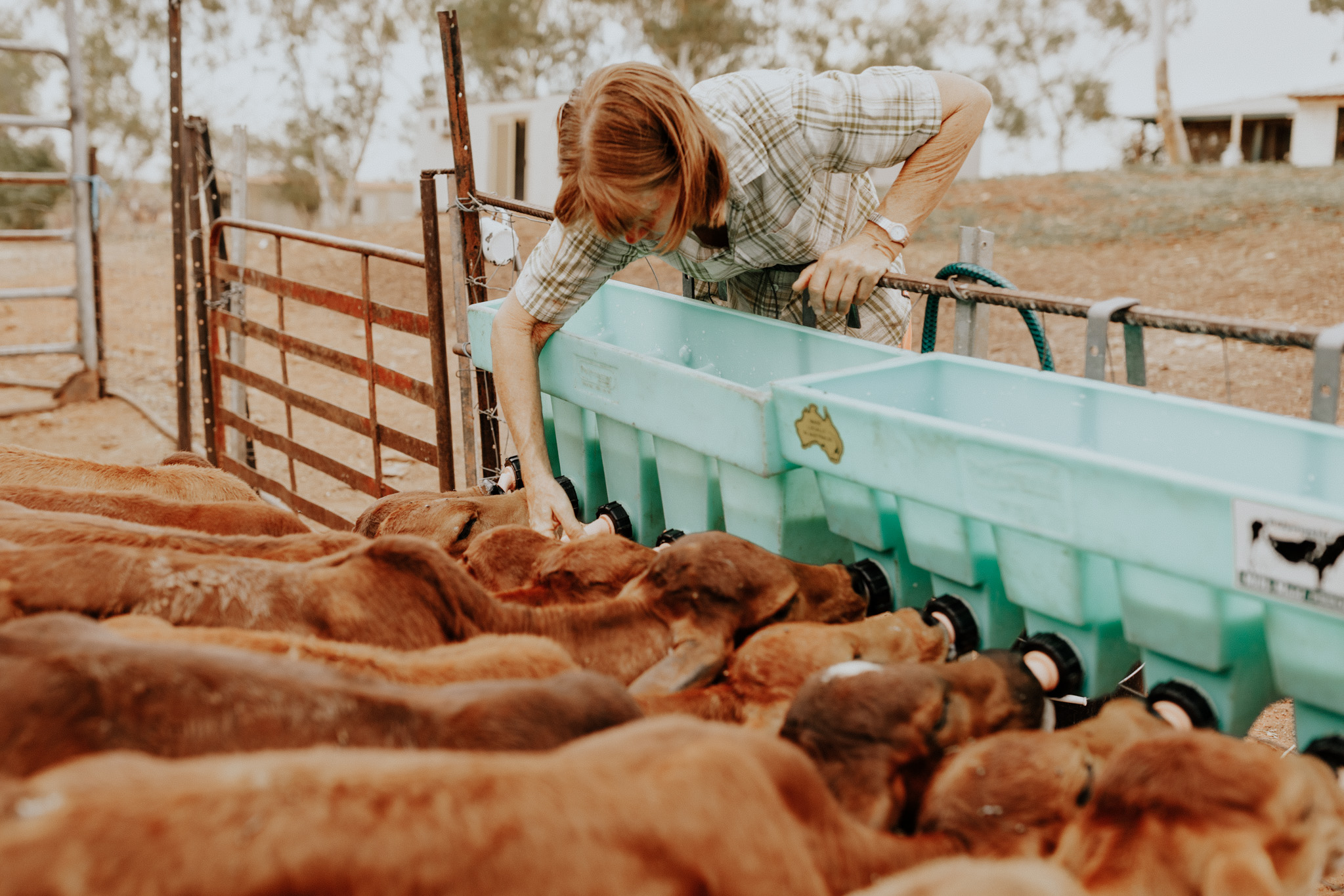 Slow and steady when it comes to rehydration.

2. There are some handy antibiotics and drugs available to help upset stomachs and scours. Ideally you can get them back without the medical intervention but sometimes there is more going on than we can see. 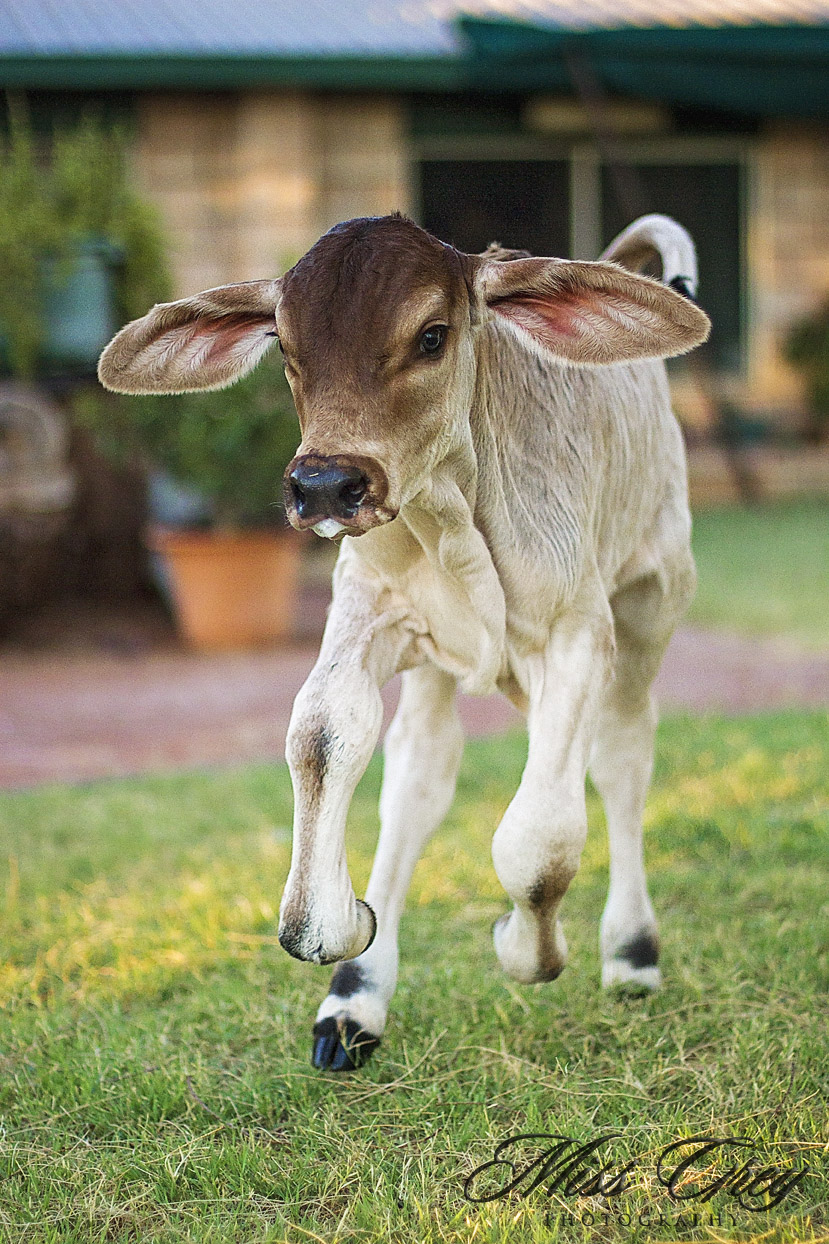 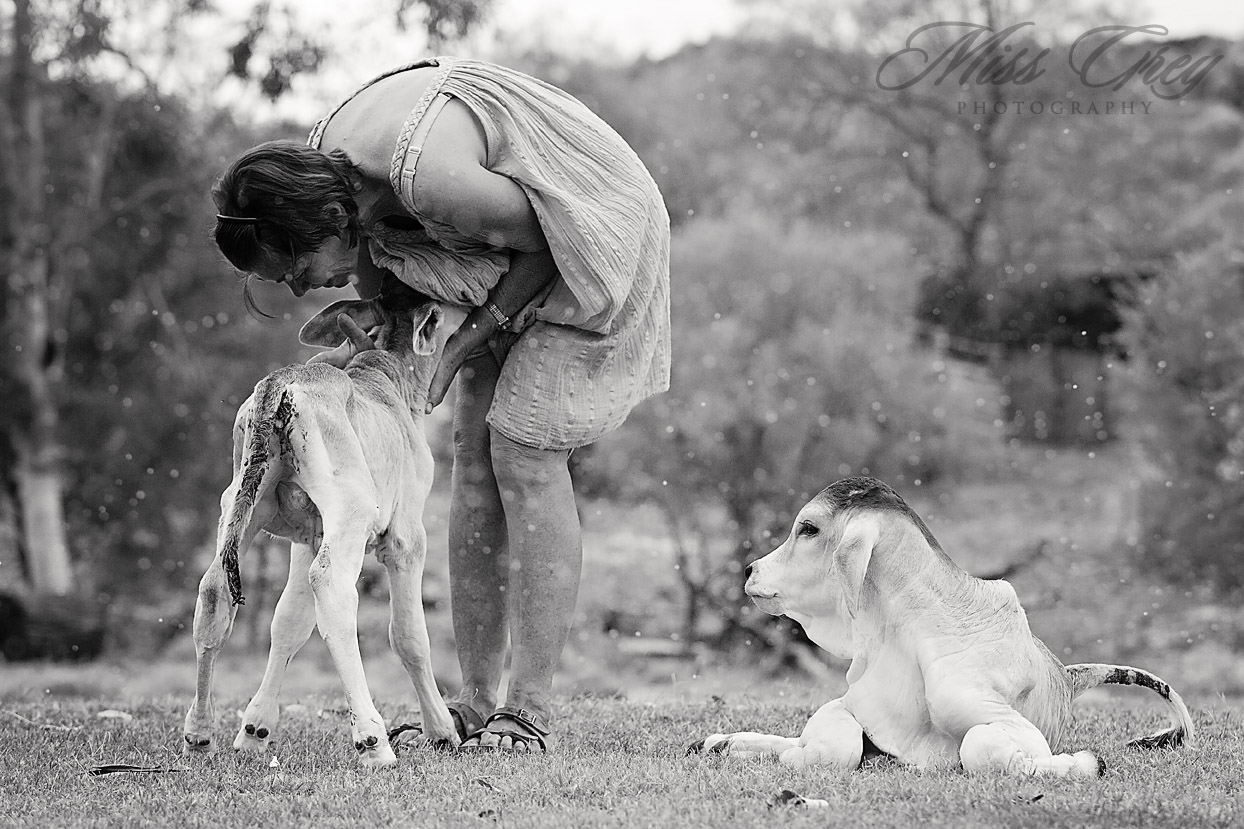 Susan with two calves who stacked it while tearing around feeling good. 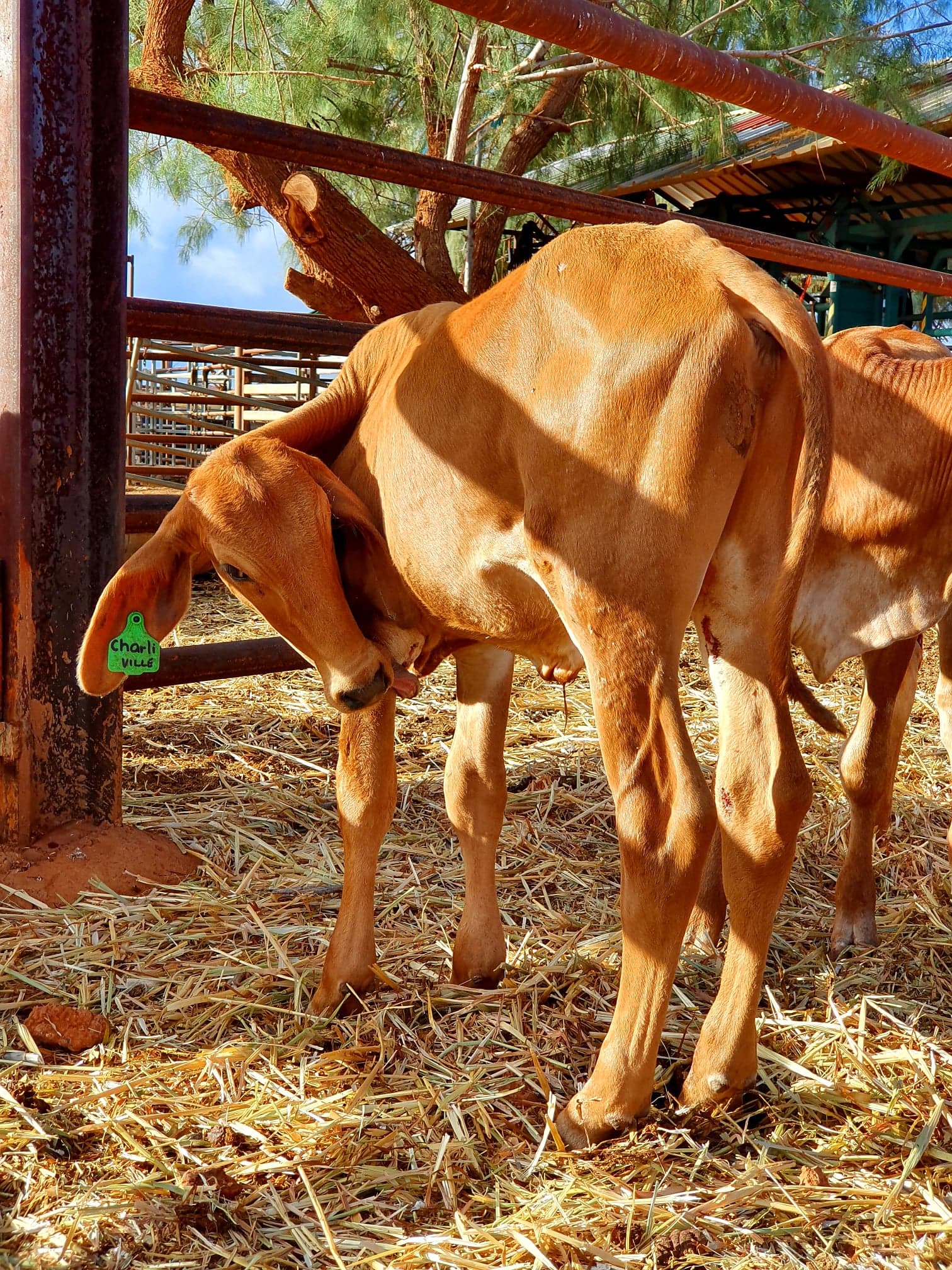 Charlie attending to his shoulder wound between my ministrations.

Last year, due to drought that is holding strong into 2020, we made the call to pull all the calves off our breeder cows to help them get through the dry season. We raised over 200 calves on bottles and many more on pellets. The heartbreaking drought conditions were so prevalent across so much of Australia and still are in a lot of areas. We wanted our eastern neighbours who have done it so tough for so long to know we are thinking of them through this and named last year’s calves after drought declared towns and areas. Still picking up a few calves off the run in the new year, we dedicated this year’s poddies to the bushfire affected towns. It was heartbreaking to see so many double ups. 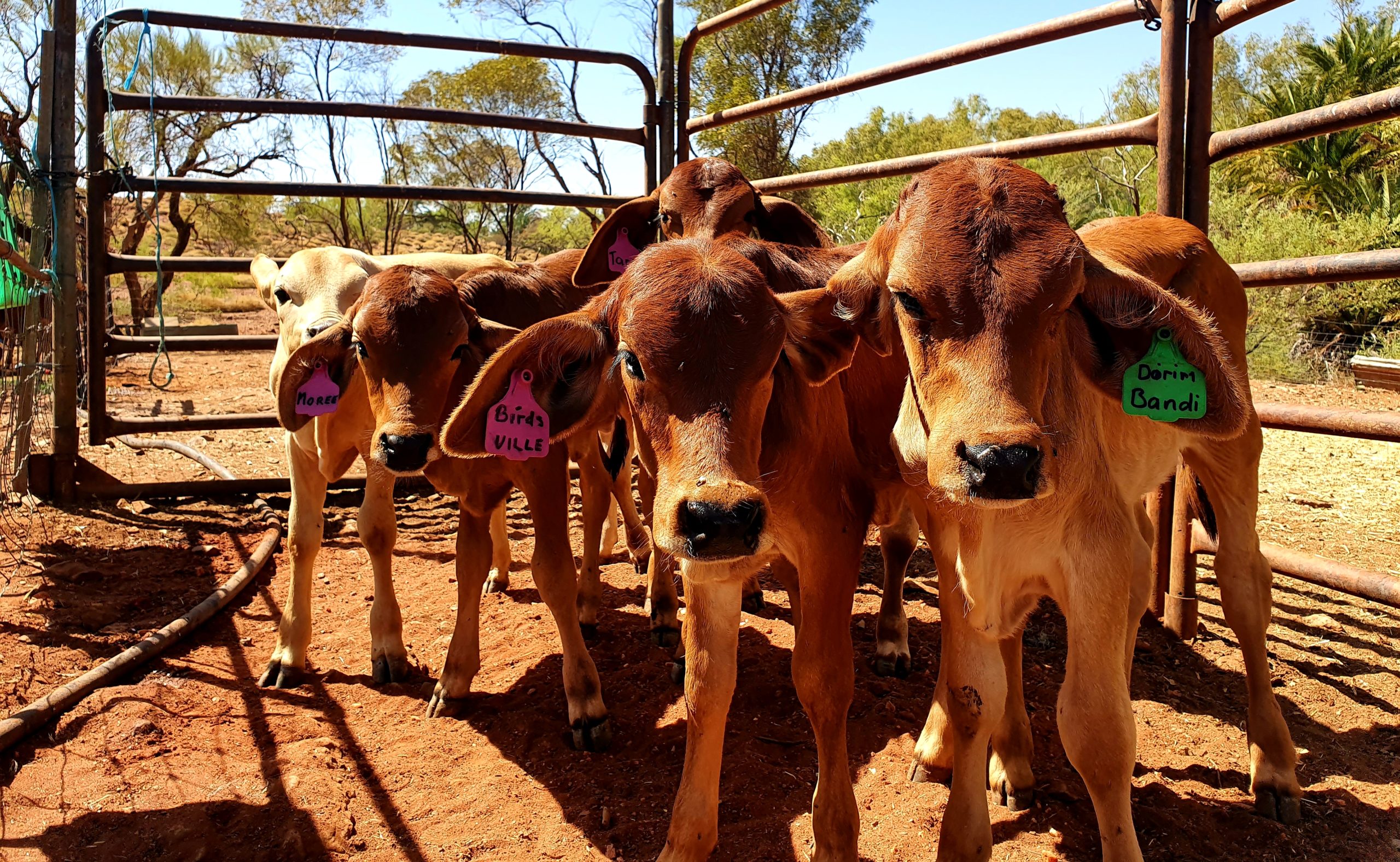 Drought calves named after the towns & regions over east battling the same fight. 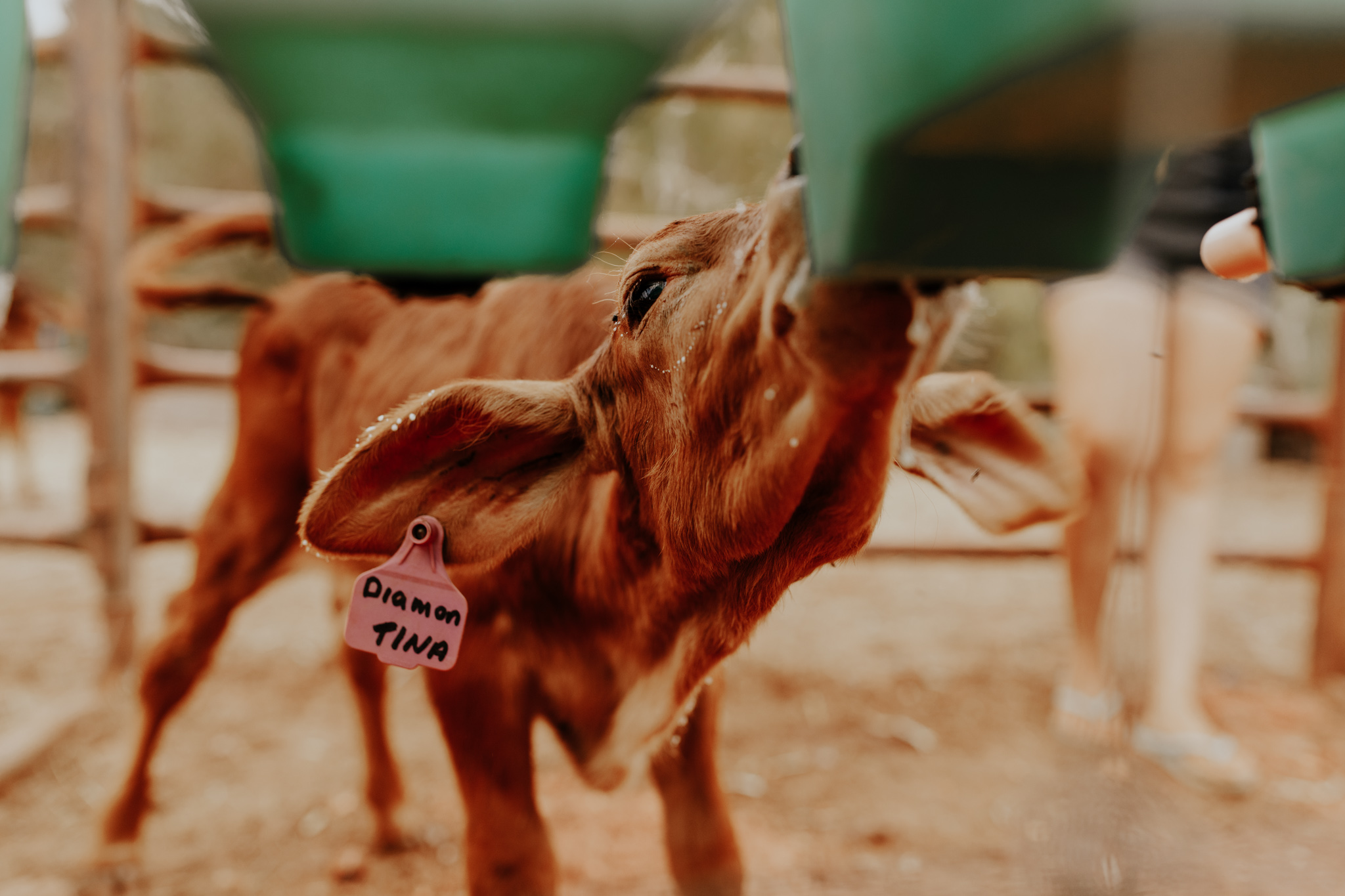 You win some battles and you lose way too many. The economics of it don’t generally add up, but we do it anyway. We feel we owe those kids that we have been directly responsible for bringing into this world the best chance a decent life, until it’s time for them to take their place in the food chain. Though there is always a special few who find themselves a permanent place in the paddocks to live out their days. 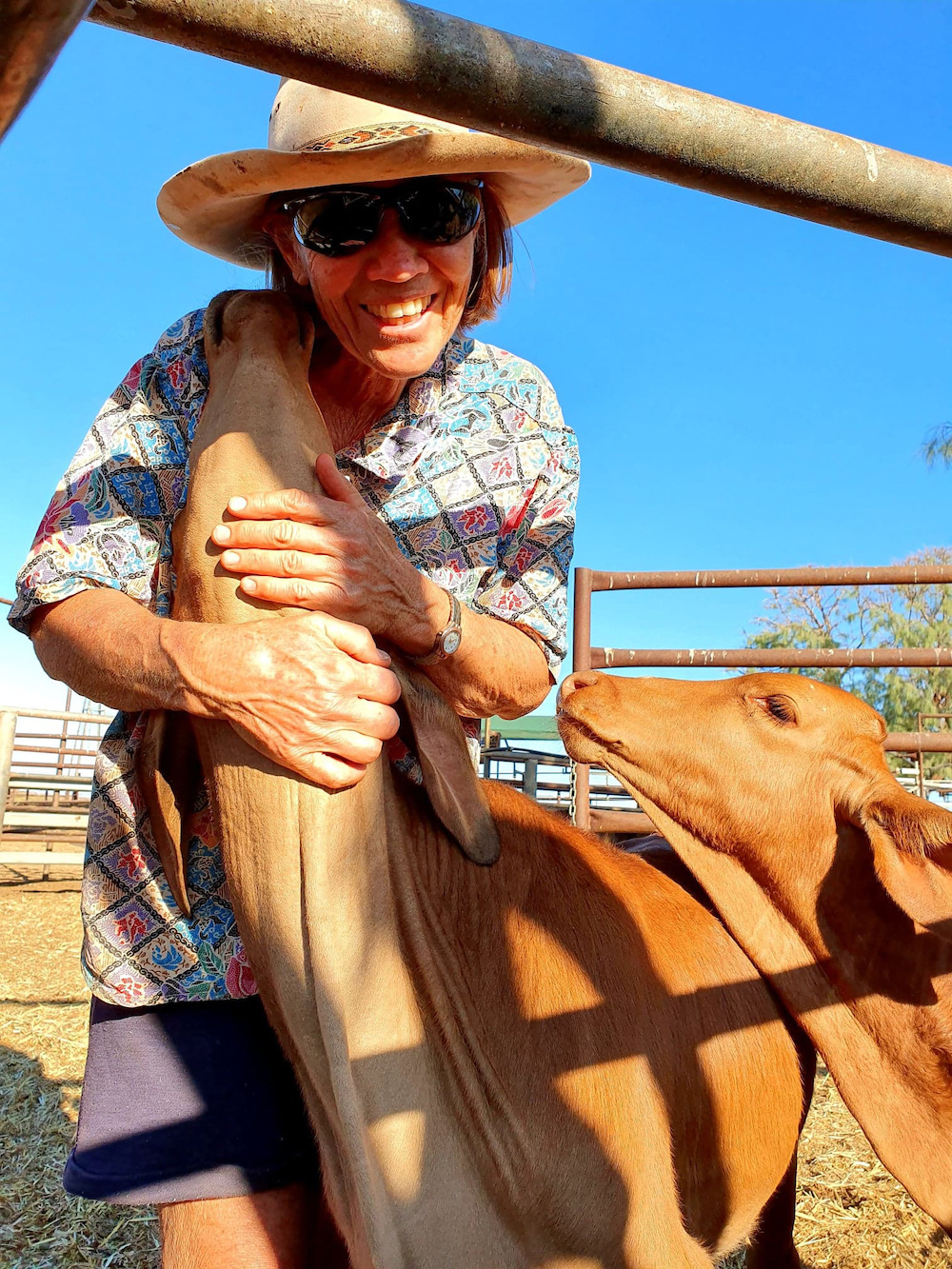 Susan with a weaned poddy who still loves his scratches. 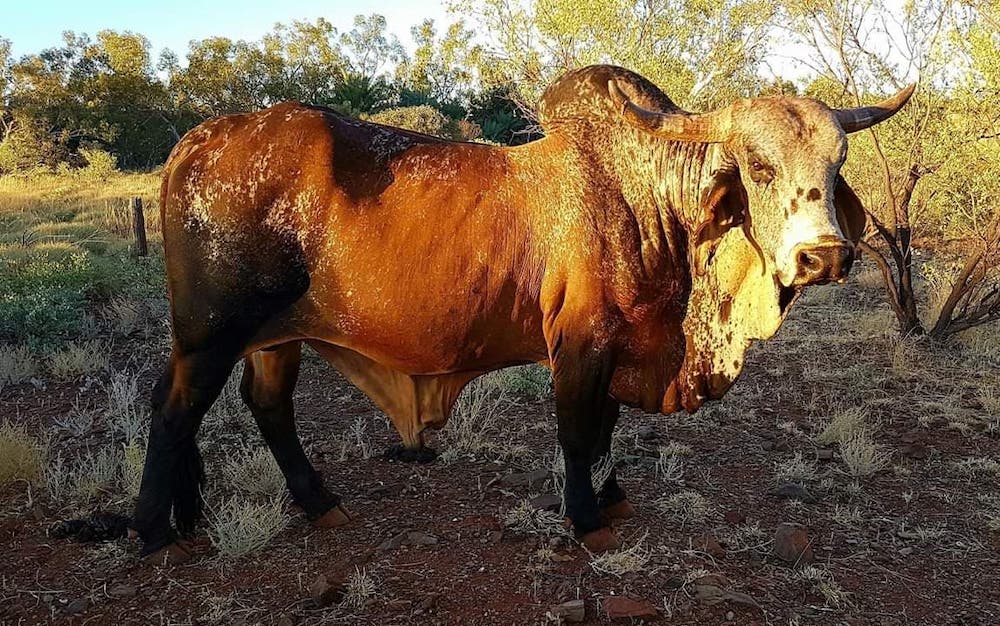 Oreo, a twin from the stud mob who was hand raised & lived his days out stirring my dogs up at the kennels.