9 Steps to raising a Poddy Calf*

*Please do not try this at home without additional research or the help of a professional poddy feeder. Raising poddy calves can be both rewarding and heartbreaking, and is not for the faint hearted.

Poddy: a term to describe an orphaned calf. Equally rewarding and soul destroying, raising poddy calves is a challenging process that each station has their own method for. I have listed below 9 steps to help newcomers raise their own calf. 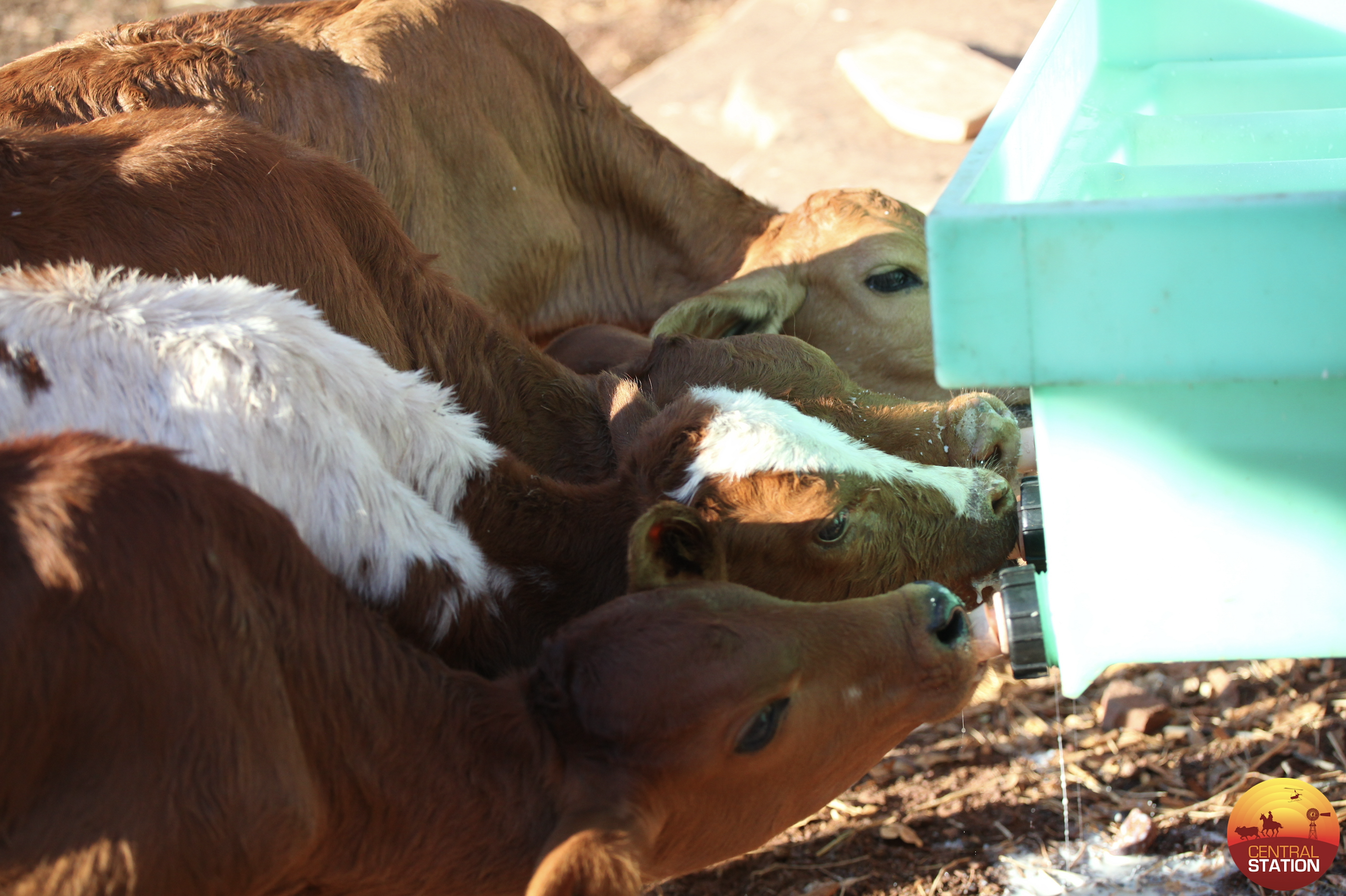 Look for calves that appear especially pathetic. They may be skinny and scruffy looking if they have been an orphan for a couple of weeks, or they may look extremely depressed, skinny and may be bellowing incessantly if they have only recently lost their mother. Young calves will not survive long without milk, so efficient location of any poddies is important. Check around bores, troughs and ‘cattle camps’ (places where cattle like to get together and ‘camp’ during the day) for any potential poddies. Calves have an inbuilt, default “return home” setting if they lose their mothers, and will try to return to the last place they had a drink from her. This is important to remember if looking for poddies after cattle have been mustered. 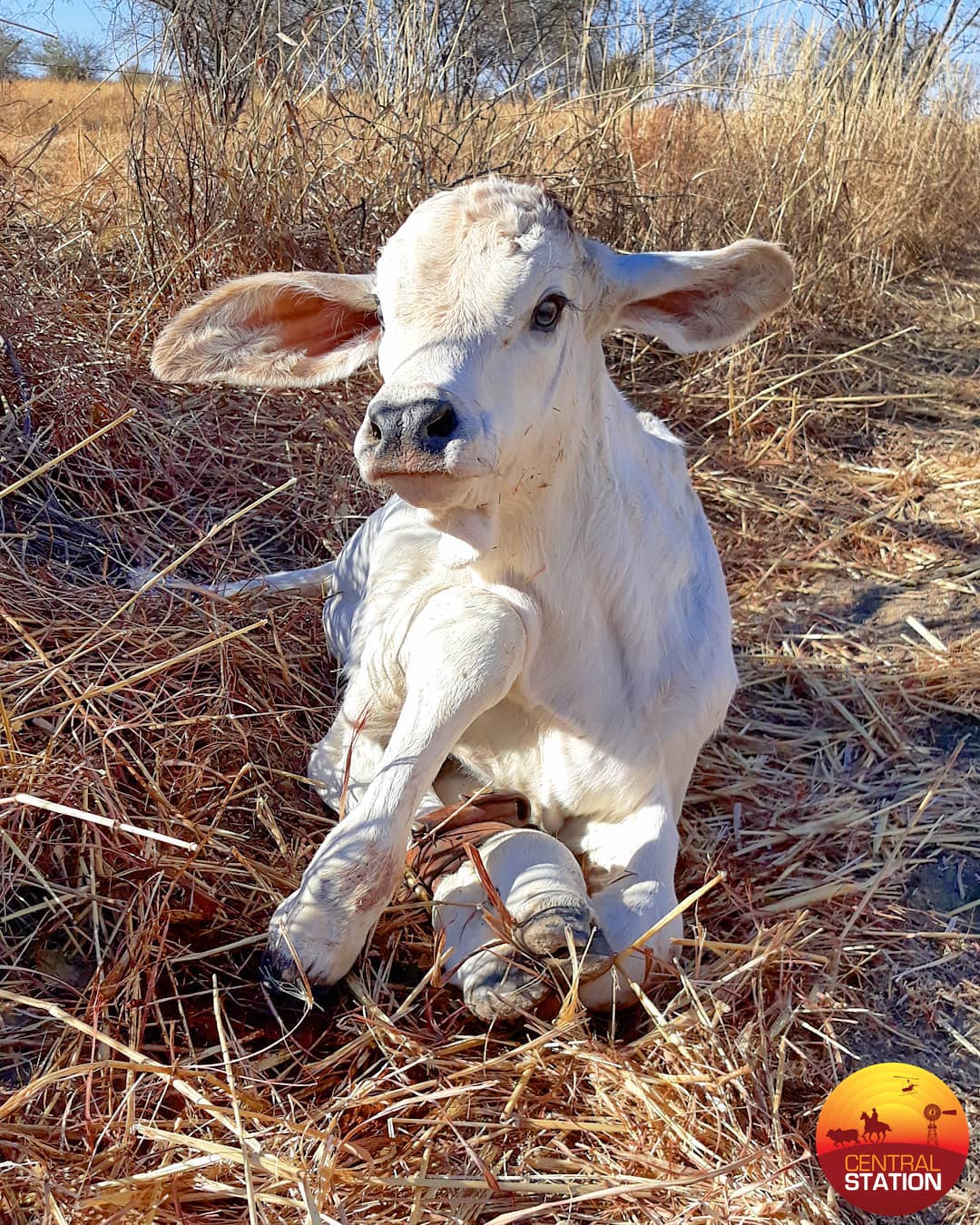 Use any means necessary to capture a suspected poddy. Do whatever it takes, remember this calf will likely die if it is not rescued. Methods include – jumping from moving vehicles to pounce on the calf, luring them close by bellowing like a cow and then pouncing on them, chasing them down on foot**, reverse a vehicle up to the calf and quickly drag it inside, drop down from a tree onto the calf etc. Being adaptable to each situation is important. Most cows will not feed any calf other than her own, however they will likely try to defend a calf if it bellows, so keep in mind that when attempting a capture you may be attacked by the very same cows who refuse to feed the starving calf.

**even very small calves are extremely fast, be cautious when using this technique.

Step 3. Take your calf to a secure location.

You will need a small yard or pen initially and if your efforts prove successful you will need a paddock once the calf gets older. But don’t get too ahead of yourself.

Step 4. Get your calf to drink

It seems silly that a starving calf wouldn’t be desperate for a feed, but pathetic, orphaned calves aren’t known for their good decision making. It may take several dozen attempts to get a calf to drink from a bottle. Feeding a calf some electrolytes initially is a good way to combat any dehydration and make them feel less neglected. When feeding milk be sure to use specific calf milk powder mixed according to the instructions, NOT human milk powder. Start off with a small amount of milk (0.5L – 1L) for the first couple of feeds before increasing to the recommended feeding rate for that particular brand of milk. DO NOT name your calf. 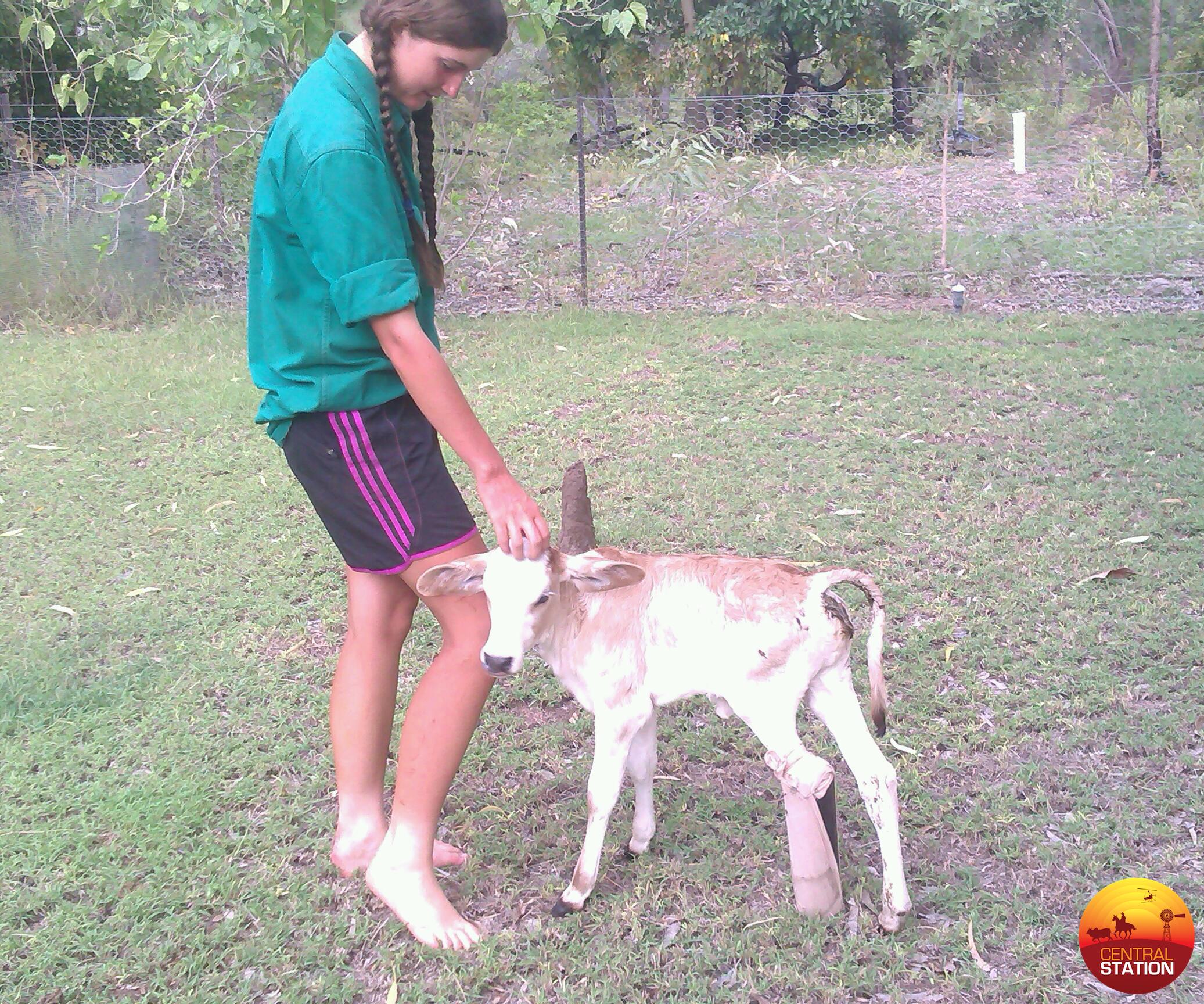 Calf which was found with a broken leg, the leg was treated and put in a makeshift cast.

Whether your calf drinks or not will ultimately decide its fate. Also inspect the calf for any health issues such as infections, ticks, wounds, hernias etc. The first week of poddy ownership is the hardest, and usually if they survive the first week they have a good chance of surviving overall. Some calves may seem healthy upon capture but will later present with serious issues such as joint infections or hernias. If the poddy was born prematurely it may have some serious developmental complications. If you find any serious health issues seek the advice of a large animal veterinarian. Still don’t name your calf.

Step 6. Beginning your life of servitude

If your calf has chosen to live through the first week then congratulations! You are now a servant.

Poddy calves are demanding, self-entitled little gremlins capable of consuming hundreds of dollars in hay, milk powder, calf pellets and garden plants. They will chew or suck anything including expensive clothes on a clothesline, cardboard boxes and plastic bags. Poddys get to learn their routine and will bellow when they want to be fed, and sometimes they will bellow even after they have been fed to trick other people into feeding them (Yes, it works. One group of poddies we raised tricked three separate people into feeding them in a single morning). Now you can name the calf! In the past we have had themes, and named the calves around books or movies including Lord of the Rings, Harry Potter and Doctor Who. Some other memorable names include Beetle, Lightning Tiger, Arachnus Deathicus, Ridgey Didgey and Crinckle Cut. Some less original names include Creamy, Patch, Bambi and Red Boy. 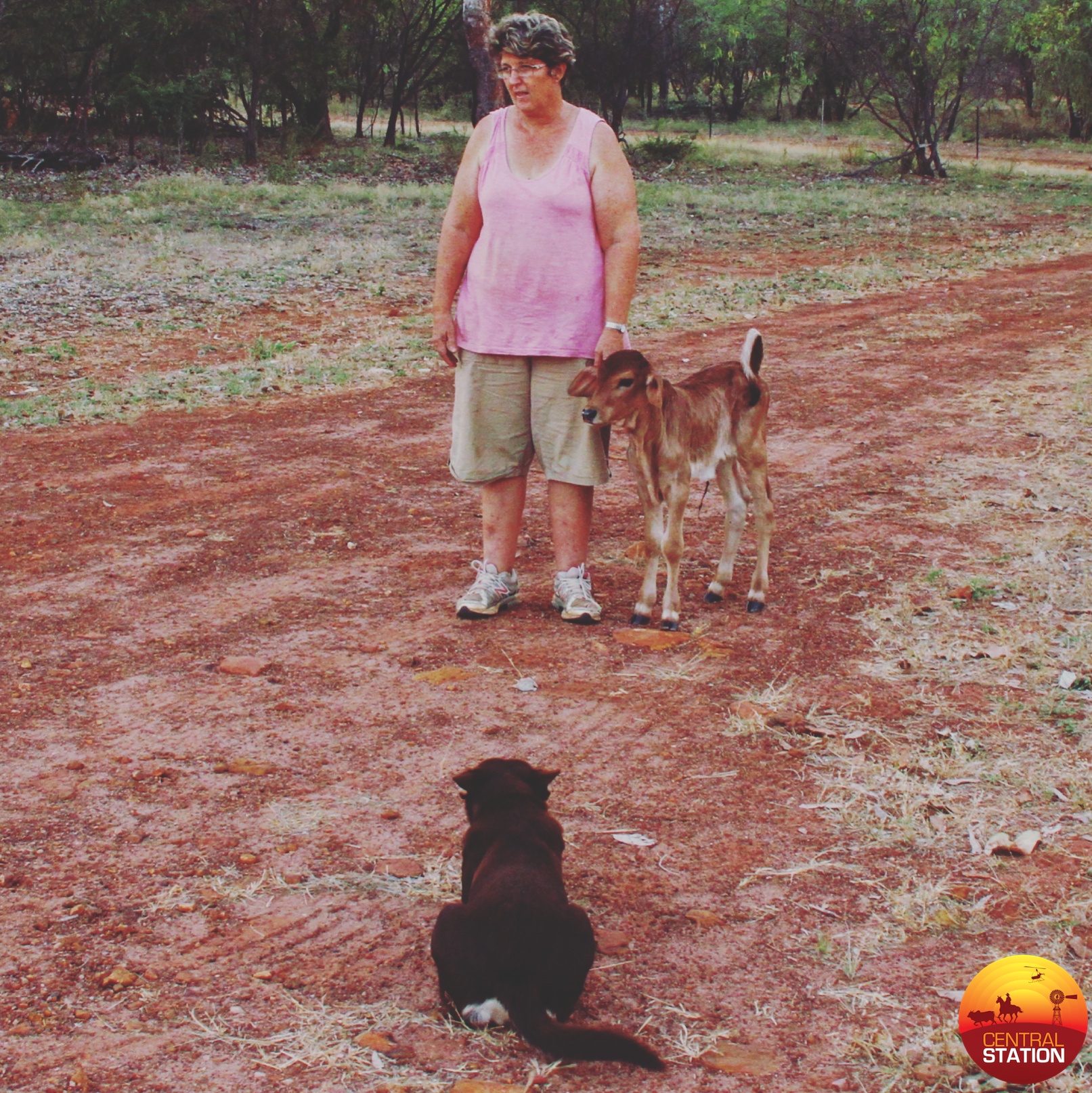 Poddy calf Noelene, with one of her servants.

Step 7. Be a good servant to your calf

It is important to cater to your calf’s every demand. Feeding milk should be regular and prompt, the calf will remind you when you are late. Other feed such as grass, hay and pellets should be made available at all times and far in excess of what the calf can physically eat. In between feeding time there should be allocated time for scratches and pats if the calf desires them. Your poddy should be permitted to roam freely in your house yard and you should make sure there are a variety of garden plants for it to browse on. The more expensive and beloved the plants are, the better. Hang expensive clothes on the clothesline for them to chew on and remember that you haven’t lived your life to the fullest unless you have trodden in stinking green poddy poo whilst trying to get ready for work.

If poddy calves are to be believed, they should be fed milk for years. However, that would be extremely expensive so most people opt to feed their calves for 2-3 months, or until they are surviving well on hard feed (hay, pellets etc). Calves take a dim view of being weaned so prepare yourself for a protest. 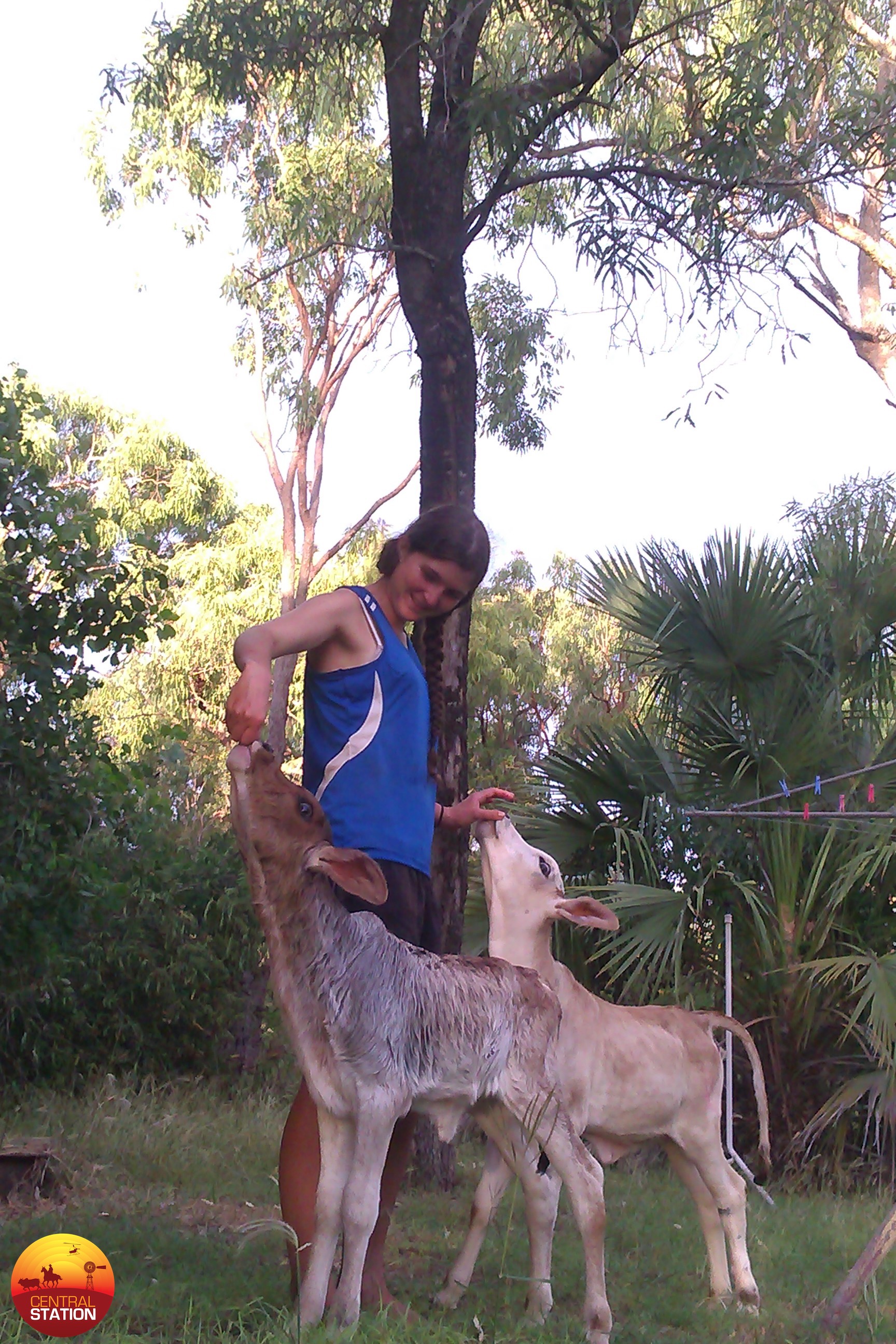 Prepare for a protest.

Step 9. When your Poddy grows up

Once they’ve been weaned some calves will choose to graduate to living with other cattle, even managing to forget altogether their rough start in life. Although you may feel rejected when your old poddy isn’t friendly once it’s out in a paddock, remember that you were merely a servant and that the calf owes you nothing. Some calves never forget their adoptive family, and will come back for pats and scratches even after they’ve had children of their own. 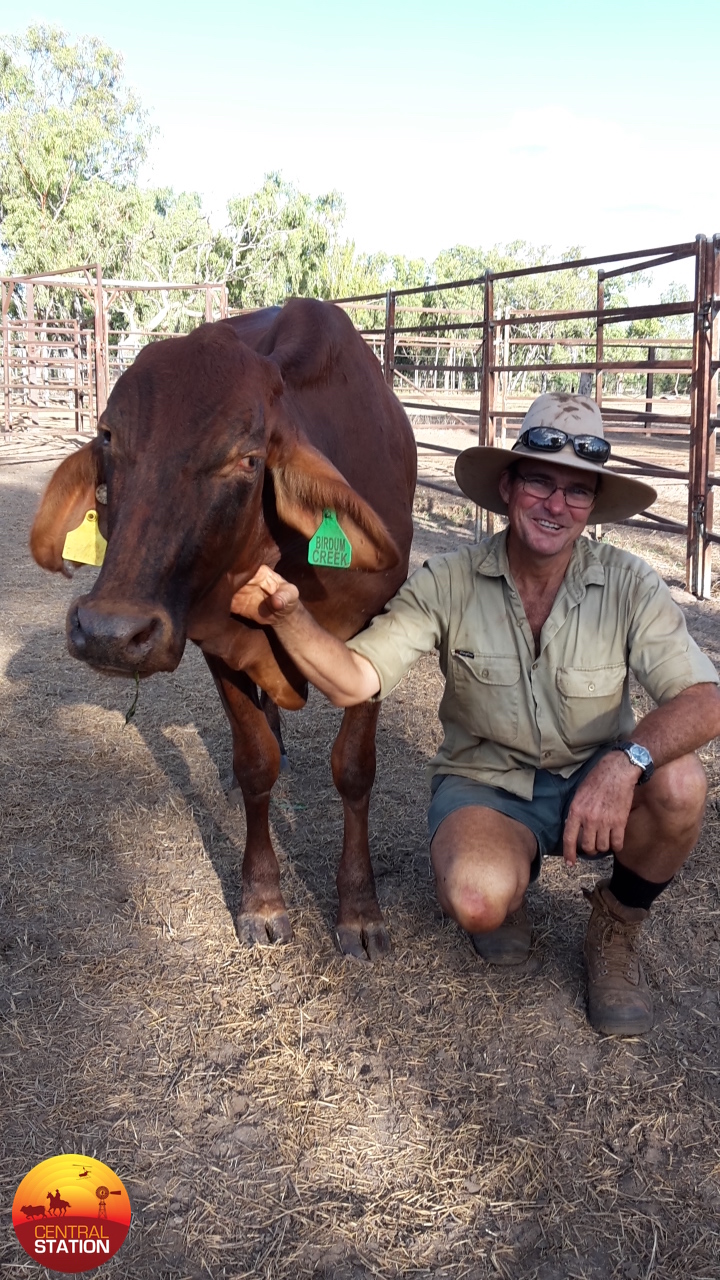 < Infertility in the bush > Of droughts and flooding rains – Part 1