Breeder cow mortality – why is it something to talk about?

Most of the stories on Central Station are fairly light hearted, so perhaps the title of this blog may have raised a few eyebrows. “Mortality? Are they writing a blog about death?”, we hear people ask.

Well, yes. As the old saying goes, “Where there is livestock, there is also deadstock”.

There are significant human and financial resources allocated to research in the northern beef industry, namely through the agriculture departments in each State, as well as organizations like Meat and Livestock Australia. A big part of our job is to take the knowledge produced and share it with producers and industry.

Readers of this blog may be familiar with a number of aspects of cattle station management, namely mustering, yard work and bore runs (and rodeos and campdrafts!). However, today we want to talk to you about a different, but also very important topic – breeder mortality.

Breeder mortality refers to the death of breeding cows while out on the station, as opposed to being slaughtered for meat.

Breeder mortality is accepted by our industry as one of the greatest challenges to individual property profitability and community perception of the industry’s ability to maintain high animal welfare standards.

A number of factors can lead to breeders dying in the paddock, being in poor condition or requiring euthanasia. With forward planning and good management, breeder cattle should exit the herd as strong and healthy cull cows – converting an opportunity cost into an animal welfare and financial gain.

Breeder mortality in extensive production systems, such as rangeland cattle stations, is often caused by out-of-season calving and the consequential nutritional demand placed on the breeder to raise a calf to wean at a time when feed quality is lowest. You see, producing milk to raise a calf takes a lot of energy and we mean a lot! It’s really important then to set cows up for success so that when they are lactating is when there is the best quality feed on the ground. When a cow has a calf at a time of year when the feed quality is poor, we call that an “out-of-season” calf.

Keeping aged cows, not vaccinating against botulism and not supplementing with phosphorus in acutely deficient country are also common causes of mortality.

Historically, pastoral businesses have concentrated efforts to improve herd performance through focusing on fertility and increasing reconception rates. However, as shown in Table 1, a reduction in breeder mortality can yield a higher return than increasing reproduction rates, especially when breeder cow mortality rates are greater than seven per cent.

Now, that is something to talk about! 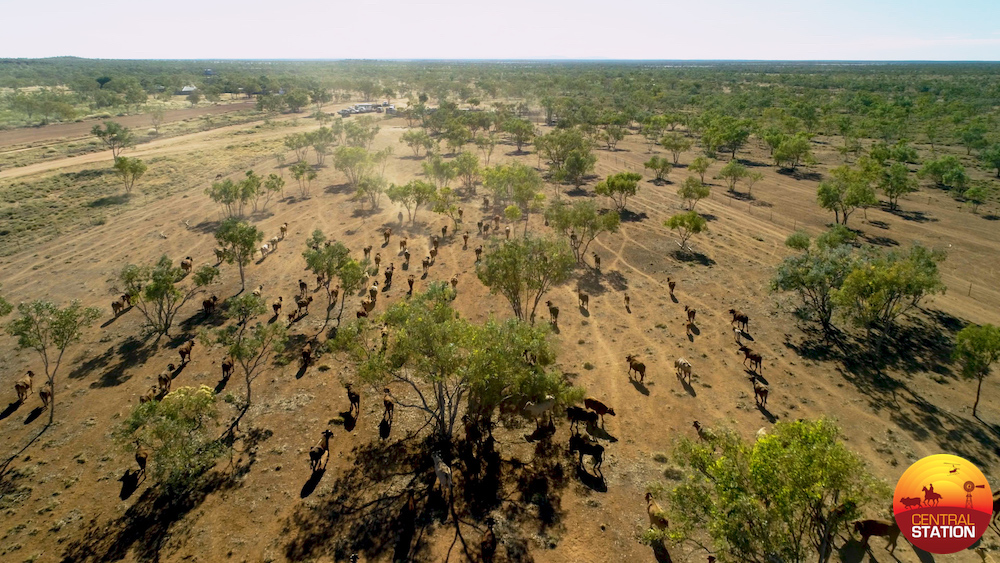 We hope this article will give you a “birds eye view” of breeder mortality and the management strategies available to address it.

The first step of assessing whether mortality rates are impacting a pastoral business, is to establish the extent of the problem. As the old saying goes “You can’t manage what you don’t measure”.

So, the first thing we need to do is establish what the breeder cow mortality rate on the station is, remembering there will be an unavoidable level of natural deaths. It’s also important to remember that while mortality rates of all classes of cattle are a loss to any pastoral business, focusing on those whose offspring generate income is a good place to start.

Five years of cattle data is ideal when calculating mortality rates, as this allows for variation in seasons and minimises the fluctuations in the total herd size. This may not be attainable for all pastoral owners or managers depending on circumstances, but the aim is to work with a minimum of at least three years’ of data.

There are three main methods of calculating breeder mortality rates, which you can find on the FutureBeef website.

Once you’ve figured out your mortality rates, it’s time to work out a plan to make sure they stay low.

There are a number of factors that can impact breeder mortality rates, which you can read about in the MLA report: Determining property-level rates of breeder cow mortality in northern Australia

Keeping aged breeders (more than 11 years old) is a management strategy commonly used to increase herd size in the hope that the retained breeders will produce one more weaner.This strategy must be taken into consideration with the fact that cows 11 years of age or older (at time of last weaning) have been found to be 43% more likely to die than younger cows. The retained breeders will also be consuming resources that a more reliable cow could be accessing. Additionally, the sale of cull cows provides substantial cash flow for many north Australian pastoral businesses that can contribute towards improved welfare of their herd.

The optimum age of culling will vary regionally due to differing landscapes and soil types. Fluoride content in water impacts teeth health in older cows and producers in doubt about the age at which to cull a breeder should remove all animals with debilitating teeth.

Just because there’s plenty of green feed around over the wet, it doesn’t mean that your cows aren’t at risk of losing body condition. Insufficient levels of available phosphorus results in feed intake being restricted when dietary protein and energy levels are adequate over the wet season. Phosphorus supplementation in the wet season can greatly assist cows to utilise the available nutrition, leading to improved weight gain, re-conception and lactation.

Phosphorus supplementation in the wet has the ability to reduce female mortality by up to 63 per cent, particularly in aged cows (Henderson et al. 2013). However, the benefit of phosphorus supplementation is greatest in acutely deficient soils and pastoralists should identify the level of available phosphorus in their country through blood and soil testing, when considering this management strategy.

More information about the effect of phosphorus supplementation on individual and herd performance can be found here.

Botulism is a clostridial disease that is caused by toxins produced by the bacterium Clostridium botulinum. Commonly found in soil, botulism bacteria produces spores that live in rotting carcasses, as well as other decaying organic material.

Phosphorus deficient cattle can develop a depraved appetite. Chewing and consumption of irregular foodstuffs, such as bones, sticks and partially decayed carcasses leads to the ingestion of the toxin. Before the widespread use of vaccination, botulism caused a significant number of stock losses in the northern beef industry and remains a threat to unvaccinated cattle in the rangelands.

A research project conducted in the Pilbara with young breeders (Smith 2010) demonstrated that botulism vaccination can reduce mortality rates from 14 per cent down to seven per cent.

Botulism can be prevented with the bivalent (type C and D) botulism vaccine. There are a range of botulism vaccines available and selection of vaccine type will depend on cost, availability and suitability to the station’s management practices.

Research has shown properties that practised segregation of breeders during the dry season had a 67 per cent reduction in female mortality compared to properties that did not segregate. The decreased mortality rate was attributed to the additional management strategies used by properties that segregate. Such practices include targeted supplementation, weaning to preserve breeder body condition, and management of pastures to ensure optimal nutrition is provided to classes of livestock with higher needs.

Additionally, the segregation of aged cows and  bulls from the breeder herd, reduces the chance of a cow reconceiving and being required to raise another calf through to weaning.

After calculating your breeder mortality, the next step is to consider which strategic intervention will be most beneficial and cost effective to the business. Online programs that are designed to assist in this type of decision making include BRICK and Breedcow which are available for free on FutureBeef – it’s the epicentre of all Northern beef research! These programs can be tricky to use, however the FutureBeef extension officers (including yours truly) in conjunction with department’s agricultural economists, are here to help.

Neithe, G & Quirk, M 2008 ‘A scoping study on potential beef production from the northern rangelands of Western Australia in relation to the supply chain’. Prepared for the Department of Agriculture and Food, Western Australia.

< The things a stockie sees > Fundamentals or innovations – which way would you go?