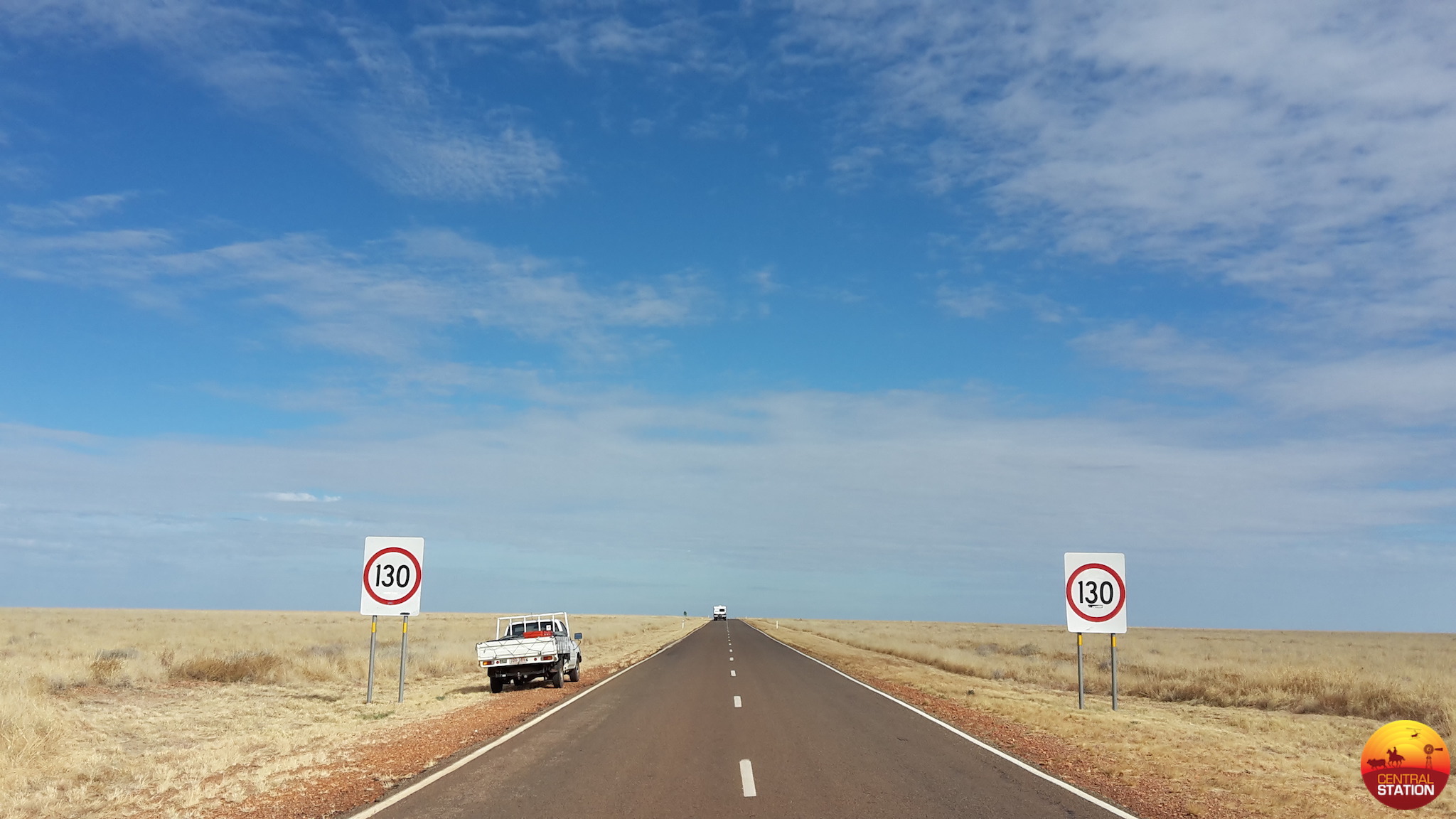 Every year I say goodbye to people who have decided to leave the Territory and move back ‘down south’. It seems that in many cases, and across many industries, the Territory is not seen as a viable place to build a life or pursue a career. Rather, it is seen as a place to spend a reckless youth in stock camps, or to do a season ‘for the experience’ before settling down in the quiet pastures of a southern Nanny State.

I guess I should declare my bias, because I was born in Katherine and have spent all my life in the Territory. My whole life is up here, although each year less and less of my friends are. Sometimes as I’m driving 500km to the nearest Woolworths/doctor/McDonald’s I wonder why that might be, until I hit a wallaby or a massive pothole in the unsealed road and it jolts me back to reality. I’m always greeted with surprise when someone asks where I’m from and I reply “Here.” Born and bred Territorians are uncommon creatures, like albino crocodiles except with less valuable skin.

I think people move back because they want to be close to their family and friends. They want security, easy access to health care and specialists and more choice of education for their children. Some are a bit on the delicate side and can’t handle ‘The Build Up’. The Territory doesn’t really have anything that you can’t find a better version of in other states: cane toads, buffalo, crocodiles and barramundi can all be found elsewhere. Long, remote highways, million acre cattle stations, deserts and floodplains also are not unique to the NT. 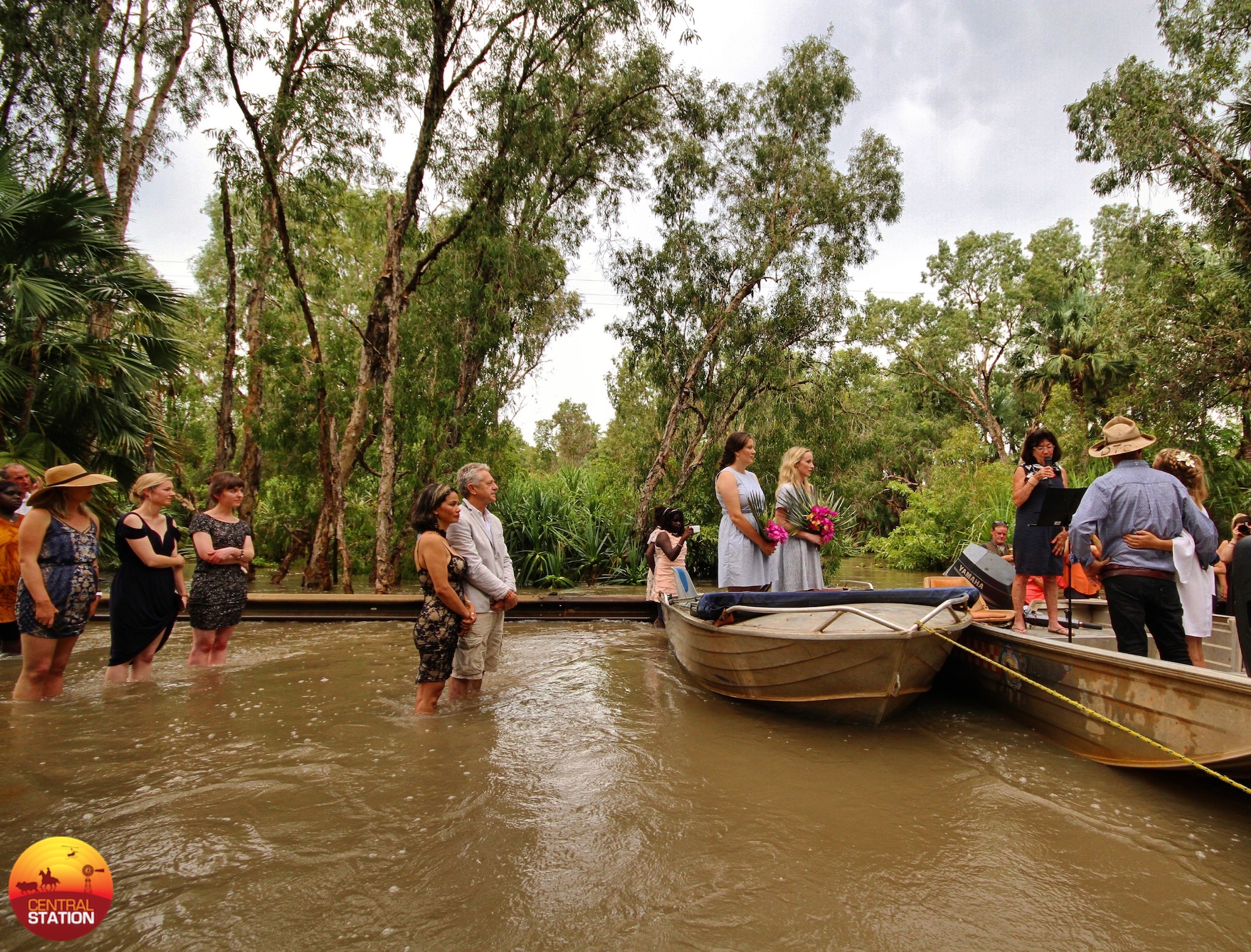 Getting Married in a tinny on a flooded river IS unique to the NT.

I suspect it’s what the NT lacks that gives it character, such as our lack of money. Our government is 4.5 billion dollars in debt (over $18,000 per resident, roughly). Or is it our lack of quality specialist healthcare? The access to health care for some Territorians can be summed up by the local saying “when in pain, get on a plane”. Or maybe it is the lack of people? The NT is very short on people; there are more people in Geelong alone than in the NT.

The Northern Territory is the broke, feral cousin of tropical North Queensland and The Kimberley region of WA. If the Australian states had a family reunion, the NT would turn up in thongs, footy shorts and a CU in the NT singlet, and then ask Aunty ACT for fifty bucks to buy a carton. But that’s why I love it. It’s the last frontier in some ways, slowly being chipped away by ever increasing rules and red tape. 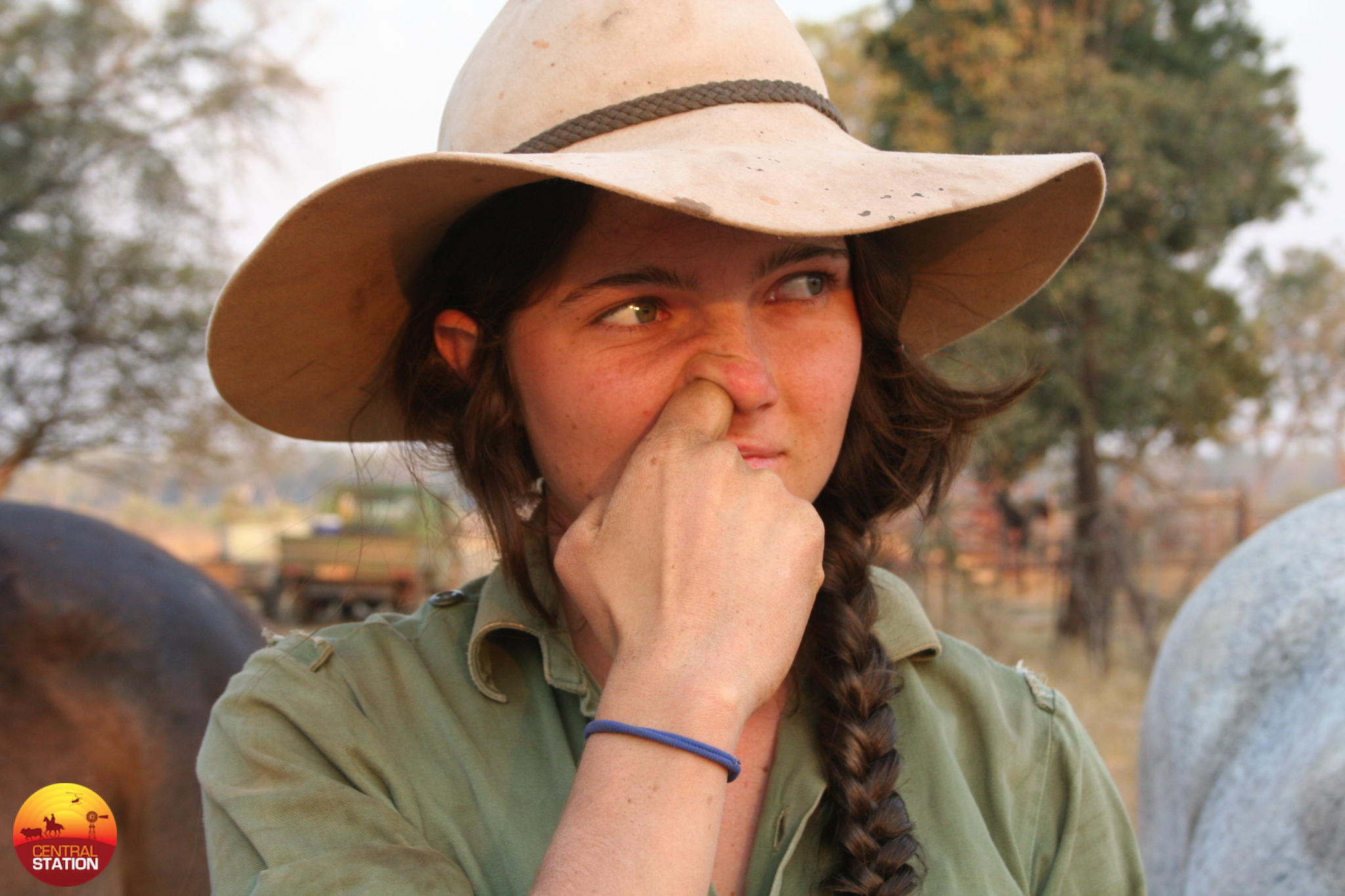 Big agricultural companies have learnt to capitalise on the charm of the Territory by targeting young ringers and gap year teenagers seeking adventure. They advertise especially to attract young people for the short term, but need to work on getting them to stay. The same is true for other industries as well, such as the health care and education sectors. I’m not saying I know how to get people to stay; perhaps all we can do is encourage more people to go north and hope that some of them are too lazy to leave.

Our government’s latest attempt to attract potential citizens is a campaign titled “Boundless possible”. On its website it lists outsiders perceptions of the NT as ‘Blokey, Full of crime and A bit backwards’. To be honest I think those perceptions are fairly accurate. They go on to counter those perceptions with ‘the reality’, which is only partially true, some of the more outrageous claims being that the NT is ‘sophisticated and cosmopolitan’ and ‘connected’. Obviously the NT Government’s advertising team hasn’t tried to access a decent internet connection south of Coolalinga, or had their work phone lines go down for weeks at a time. As for the ‘sophisticated and cosmopolitan’ claim, I find it down right insulting. Still, they got some parts right. You can’t deny that the NT is a land of opportunity, adventure and firecrackers (only on July 1st, between 6pm and 10pm). There is plenty of work for those who are willing, and plenty of room to grow. It’s a place where you can “grow into your role” (read; be thrown in way over your head, for a job you are definitely not qualified and either sink or swim). The NT is definitely not for the faint hearted but its unique character has plenty to offer, we just have to stop pretending it’s something it’s not.

There are some considerable issues to be solved as well, for those who like a challenge; the fact that no one has ever caught The Million Dollar Barra weighs heavily on my mind. Or that the “Jesus loves nachos” graffiti on the Katherine bridge is fading. Could it be repainted without destroying the spontaneous genius that is inarguably the most famous graffiti in the NT? These are the things that keep me awake at night. Just like any feral cousin, you have to look past the scruffy exterior and mental issues, and appreciate the laid-back, good hearted nature that lies beneath. Rather than trying to force a feral to be something they’re not, you have to focus on their strengths, taking the good (beautiful seasons, close-knit communities, Parap Market’s laksa) with the bad (social issues, poor infrastructure, no same-day delivery on internet shopping). So I challenge you readers, if you have been wondering what to do with your life, or just feel the urge to go feral, I urge from the bottom of my heart – Go North. 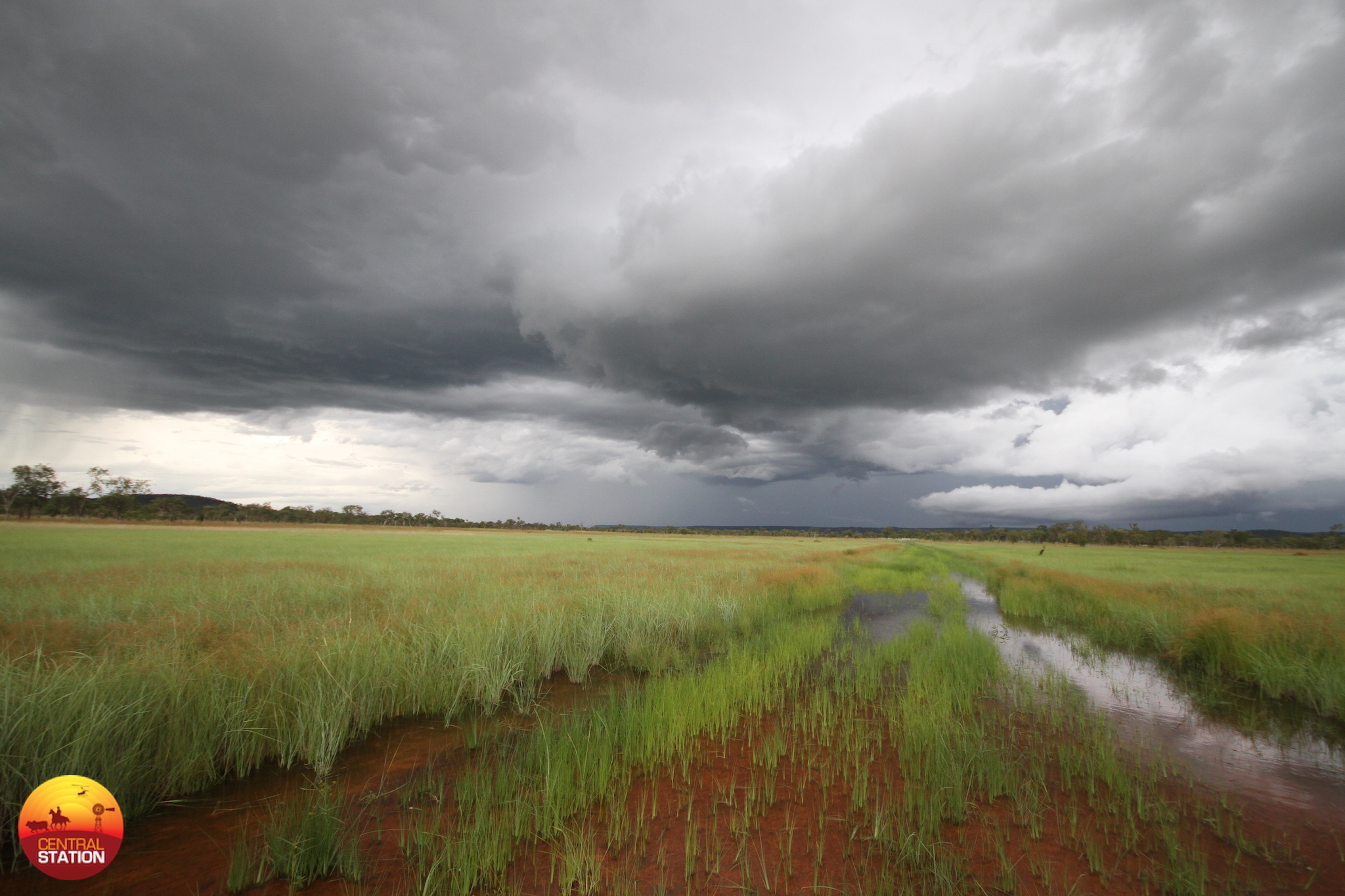 There is honestly no place I’d rather be.