In my last blog I discussed how I got hooked on the Kimberley and how I developed this passion to bring some of my knowledge and experience from working with dairy cattle to the north to help with weaner beef cattle management. Over a period of four years of taking annual leave from my work down south and heading north to sit in a saddle and muster cattle, I had seen that there was what I thought was a simple solution to taking care of these small weaners better – feed them. It seemed obvious and simple, however I was learning that what might work on a dairy farm with 2-300 calves a year was not going to work as easily on a large scale cattle station.

Over the four years I had developed a very good understanding of the work that happened on stations. I was amazed at what often young people could achieve by working as a team to muster and process in excess of 20,000 head of cattle in a season. I could see that with the sheer workload that these people had to achieve, it would not be possible to take a few light weight weaners each day and carefully teach them how to eat a high starch and potentially dangerous grain feed. The reality was that after processing 1000 or more head for the day and with the sunlight fading quickly and so many jobs needing to be done, the feeding of the weaners had to be simple and foolproof. To some of the tired crew, this was just one more job that had to be done and it needed to be done quickly.

I could see that to develop a culture of wanting to separate the smaller weaners and to give them a little bit of extra tender care in preference bushing them to fend for themselves, we needed to come up with a feeding system that was safe, worked, was simple and most importantly allowed the weaners to go forward.

At this same time, Jed O’Brien had arrived as the new manager at Liveringa and he was really supportive and wanted to do his best to look after these smaller weaners. Jed set up a procedure where all small weaners would be drafted and trucked back to the homestead in mobs of 20-40 at a time. They would end up in one  of the “weaner” pens and pretty much left to look after themselves. The person assigned to look after the weaners often had little or no experience with feeding little weaners, but they made sure that there was plenty of safe pellets and hay in front of them.

I knew that this “low management” feeding system would work and that the risk of weaners getting acidosis (an upset stomach) was extremely slim, because I had been working with dairy farmers and our formulated pellet feed for 3-4 years and I knew that it was safe.

The owner of Milne Feeds invested a great deal of money and about 4 years of research and development to change the way we can feed ruminant animals. Normally a weaner, a steer or a lamb needed to be carefully introduced onto a grain based ration over a 10-14 days period. The idea is to change the ration every 2-3 days, slowly increasing the amount of grain until after 2 weeks when the rumen bugs can handle the acid that is produced from the fermentation of the starch from the grains. This works well in a controlled feedlot, but most sheep and cattle producers and certainly most pastoralists and dairy farmers don’t have the facilities or the time and staff to do this.

The Hyfibe Technolgy developed by Milne Feeds enables weaners to go straight onto Early Weaner pellets without the need to carefully stage and manage their introduction over a 2 week period. It means that weaners can be added to the weaner pen each day if needed and all treated the same. This Hyfibe Technology greatly simplifies weaner feeding by making it safe. It is still important to ensure that the weaners have access to hay, or other paddock feed or fodder. They must have access to good quality water and they must not be over crowded. Too many weaners in a pen can restrict access to the Early Weaner pellets resulting in restricted intake.

With Jed O’Brien’s support, weaner management on this station was greatly improved to the point where the objective was to help all weaners to get through their first dry season in a suitable condition to be able to put on weight when the wet came. Every weaner had a near assured chance of survival resulting in them being progressed into a saleable animals. Previously this was not the case.

I should add that on one of my trips north I had the opportunity to visit Jubilee Downs Station where Keith Anderson was able to show me how he fed his early weaners on a combination of conserved paddock feed and our Early Weaner pellets. He has fenced about 30 ha of pasture into about 10 paddocks with a water point and a pellet feeder in the middle. The weaners always have access to the pellets, but only have access to one paddock at a time. Keith simply rotates the weaners through the paddocks during the dry season, which reduces the amount of hay that he has to purchase. Keith locates his feeding area near a set of yards, so that weekly weighing could take place and once the rumen had developed and the weaners had reach 130-140 kgs, they were taken off the pellets and bushed. It was great to see someone who had been practicing for some time what I thought was a good idea. The safe Early Weaner simply made the feeding better.

I have been fortunate with my position with Milne Feeds to follow what became a passion – to be able to share the benefit of looking after early weaned calves and having a have to do it easily and safely. Last year 46 WA pastoralists purchased weaner pellets from us and for many stations it is now a standard management practice. In dry years like this, weaning harder (now down to 60 kgs) knowing that with good management and a high quality but safe feed, the station managers have learnt that they can get the weaners through the early critical stage and give the cows a chance of survival and importantly to get back in calf. Afterall, running cows in the pastoral region is all about producing a calf, getting it to a saleable stage and then producing another calf from as many cows as possible, within the constraints that the season throws up. 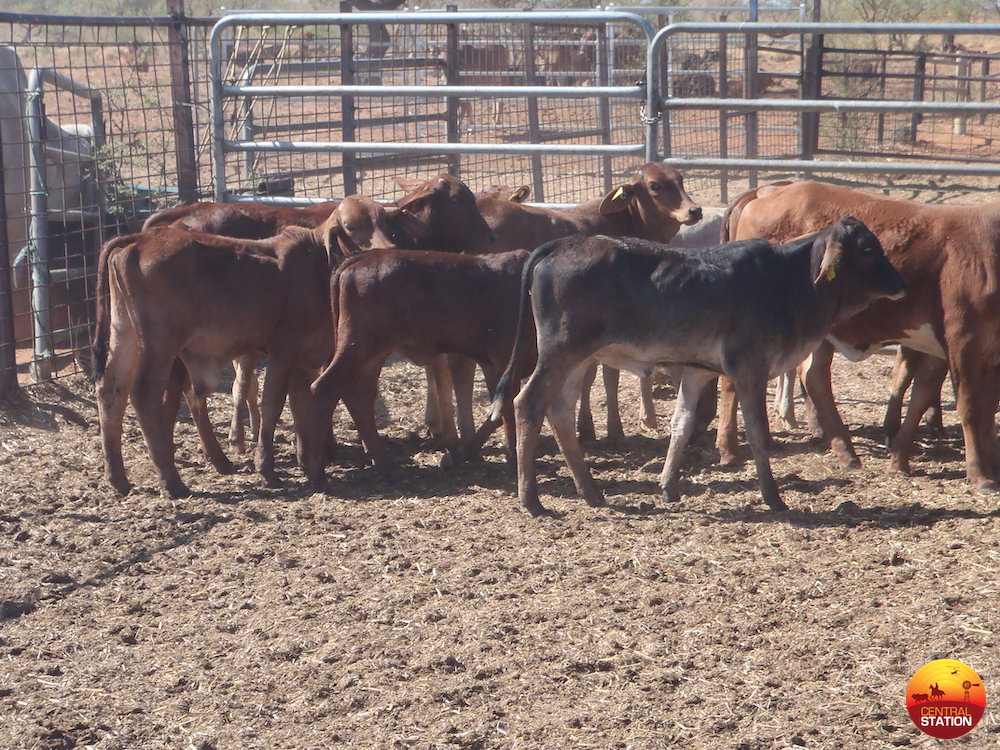 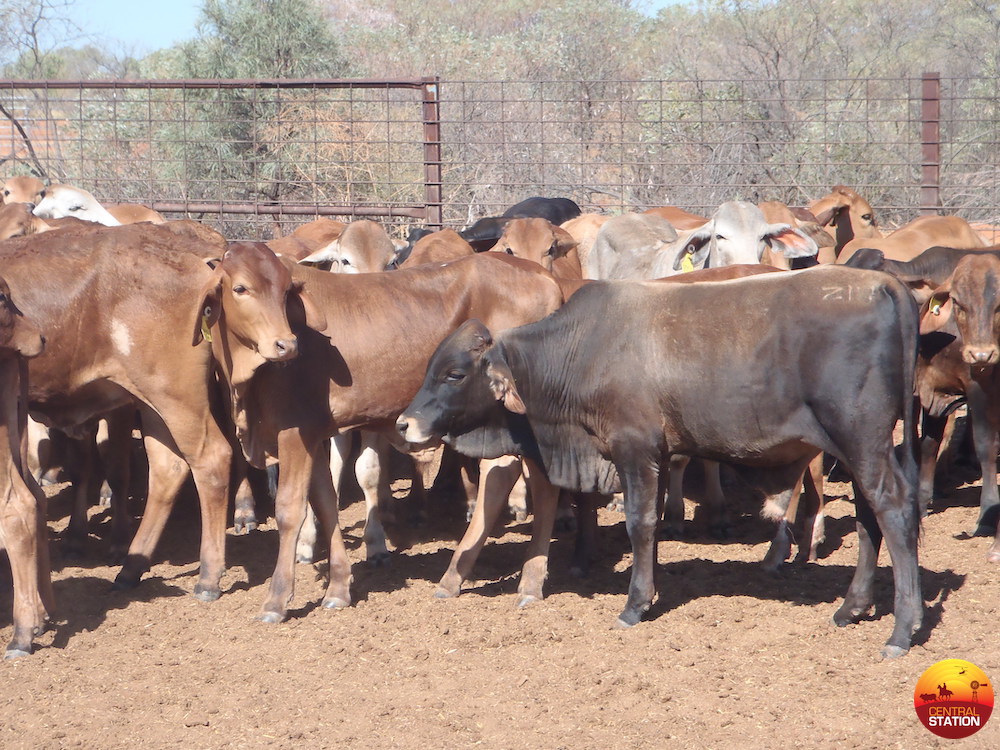 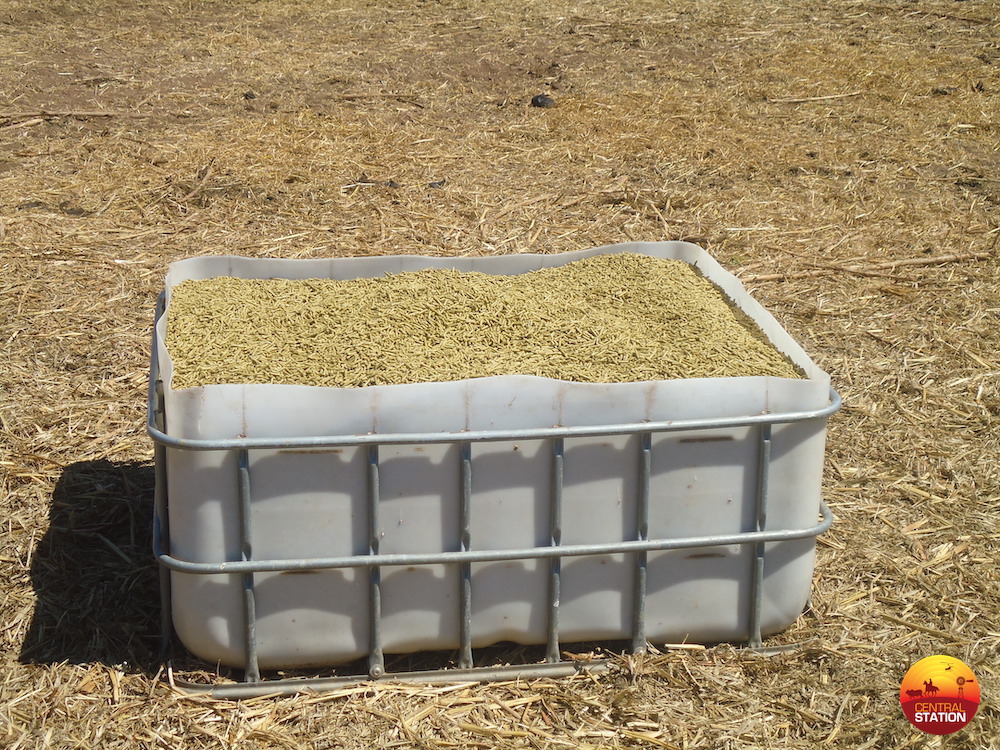 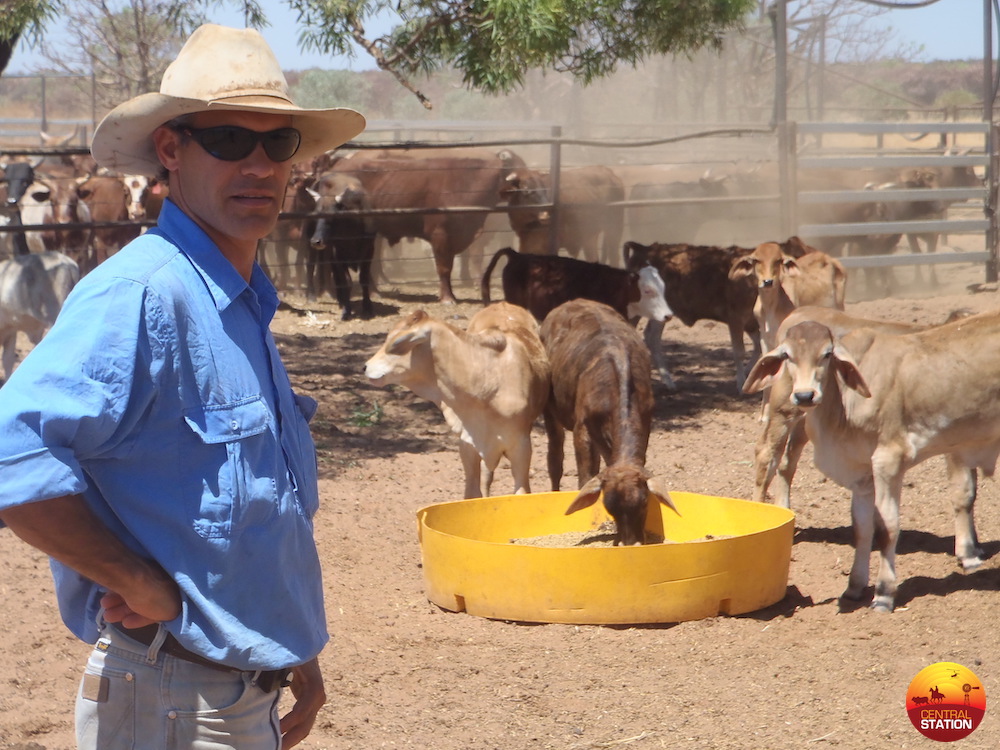 I have been fortunate to work for the Laitt family for the past 15 years. They are a Western Australian family who have a real passion for Agribusiness and have been heavily involved in food production for well over 30 years.

Graham Laitt, his wife and children own Milne AgriGroup, which has under its umbrella, Milne Feeds, Mount Barker Free Range Chicken and Plantagenet Free Range Pork. Prior to late 2016, the family had been strongly involved in the pastoral industry, having owned and run Liveringa and Nerrimah Stations for some 30 years.