I knew I was in trouble when standing in the Christchurch Airport café desperate for a good strong cup of black brewed coffee and there didn’t appear to be a drop of coffee on the menu… A ‘Long Black’? A ‘Flat White’?

“Excuse me sir” (in heavy American accent) “Do you have any black coffee?”

After a very round about, jet-lagged conversation I ended up with a shot of espresso, a mug of hot water, and milk and sugar on the side. Not exactly the brewed black coffee I was hoping for, but it was the first of many language lessons I was to have.

Skip forward a few weeks and I had made my way to Katherine NT, finally about to start my dream job working with cattle full time. Having been taken in by a friend of a friend who was helping me to find work we were loading up headed out to the first job of my big adventure.

“Just wanna throw that swag in the ute?”

Okay, now I sort of knew what a swag was from friends who had previously worked in Australia. Also, she had pointed to a large lump of canvas. Sorted. That’s the swag. Now, I assumed we were taking a vehicle of some kind but what could a ‘Ute’ be? As I looked at the row of vehicles I wracked my brain, maybe an ‘SUV’ (sport UTILITY vehicle)? But there were no wagons to be seen… Less than 12 hours in the country and I was already in over my head. Thankfully my amazing new friend could see the utter bewilderment on my face and pointed me in the right direction.

I wish I could say that was the last vocabulary lesson I needed and was speaking the local dialect in no time, but oh no. Oh no no no…

A few weeks in and I’m getting the hang of it. Or so I thought. We were at the local Tourist Park and a few friendly Ringers came over and started chatting up my friend and me. These boys were talking about a rodeo. I know rodeos! I’m an American by golly! Finally, something I could understand! One young gentleman was discussing his ‘ride’ that he had lined up for the night. Oh, how interesting! Was this a bull? A bronc? No, that couldn’t be right since he was discussing how he had one lined up, but he was trying to get another one from a different girl later that night. I very enthusiastically expressed how nice it was that people would let him borrow their horses for ‘rides’. Aussies are so generous! One look at my friend’s horrified face should have told me to STOP TALKING.

Several years later I ran into one of the boys that had been at the table that night and asked if he remembered me. ‘Oh yes I remember you’ he said with a big grin on his face. My naivety and misunderstanding obviously made an impression!

But the trouble was not only socially as I began to muster and work on stations I had a whole new set of vocabulary to learn, such as:

Australian – a container to boil water over a fire, as in ‘Not the tea pot! Grab the Billy Brenna! THE BILLY’

Australian – a small, imperceptible to the former city girl eye, dip in the earth typically found in the flattest paddock with no other discernible features

American – The Grand Canyon or larger

Oh Creeks. It was my first muster on a 2.1-million-acre cattle station with a proper stock camp. I was on the bike. This was my chance to prove that I had what it took. The paddock was named ‘Channel’ paddock. Oh great. Luckily, I don’t think I knew what that meant so I was all enthusiasm. The manager asked me to follow the creek and bring up any cattle I found. No worries. Except where was the creek?? There were heaps of rocks and trees around, but not a drop of water to be seen! I crisscrossed back and forth in these blasted sandy dip, boulder-filled terrain, but couldn’t find a flowing creek anywhere. Quick background – I grew up next to a creek that we could canoe on, swim in year-round (temperature depending), a place that beavers, crawdads, and herons called home year-round, and it sometimes even froze over in the winter. WHERE. WAS. THE. WATER?? I wish I could say I quickly sorted out that I was, in fact, in Australia where creeks do not necessarily flow all year round, but like my other lessons this one came slowly as well.

And don’t get me started on the two-way. Anyone else need to take a masterclass on two-way comprehension?

With time, the vocabulary came. What didn’t come as quickly as I would have liked was my cattle handling skills. Someone once told me you are either a natural or you work very hard for a long time when it comes to stockmanship. It was becoming obvious that I was NOT the former. My amazing friend (no longer just a friend-of-a-friend) who got me my first job had given me a few pointers early on, but she had to move on to another job and I continued by myself at the first station. The manager was a bush legend and had over 50 years of experience. He had an amazing wealth of knowledge and the most fantastic stories and I tried to learn as much as could by observation, but something just wasn’t clicking. I couldn’t get the cattle to move the way I wanted, particularly in the back yards and mustering. I couldn’t read them, so I was nervous and frustrated and those clever beautiful sensitive brahmans could tell!

At the end of my first job, I was unbelievably lucky to get the opportunity to travel with Neil McDonald while he was traveling around the Top End teaching dog and stock handling schools. I ended up only spending a fortnight on the road before getting the chance to stay at the large station in the stockcamp. But it was a potent fortnight. For the first time someone was articulating the WHY of stockmanship. (Anyone who worked with me early on knows that in typical newbie fashion I asked ONE-HUNDRED-THOUSAND questions. And probably didn’t really understand the answers I was getting. I honestly don’t know how I didn’t get throttled.) Many of the most competent stockmen and women I had been working with wouldn’t or couldn’t explain what they were doing or why it was so effective. Coming from an urban background and not being a natural I didn’t have the ability to understand the impact of my actions on the livestock. Getting to experience a proper school where techniques and explanations were given changed everything. Finally, I had a foundation to build on. I had things to try, I didn’t have to be afraid to fail or look silly, and I learned how to observe or truly ‘see’ the effect my actions and movements were actually having on the livestock. I went from being discouraged and frustrated to being excited and mentally stimulated. I couldn’t wait to try everything out and see what worked and what didn’t.

The next few years were hugely gratifying. Shifting cattle around both effectively and efficiently makes me feel like a magician. How can this little city girl from the rainy Pacific Northwest USA convince these intelligent massive animals to go where I want them to go? The satisfaction from troubleshooting an issue by correctly identifying the problem and knowing the solution is completely addictive and confidence building.

Finding a translator profoundly changed my career path. I knew I loved cattle and wanted to be in the livestock business, but had I not been given the tools to learn and grow I believe I would have gotten burned out early on. I would have been content to go home after my one-year adventure, proud of what I had achieved, but not really understanding it. Instead, I ended up finding my home in the bush and a long-term career in the industry I love thanks to a few vocabulary lessons and some amazing interpreters.

A few years ago when I was being evicted from my childhood home (okay okay my parents were sick of having my stuff take up two bedrooms ten years after I had moved out) I came across a journal entry from my dark and confused days at Uni. Desperately trying to make an action plan for my newly acquired adult life I had made my bucket list. Item one was ‘Live in a foreign country for at least a year and learn the language fluently.’

Little could I have imagined that the ‘foreign’ country would become my home and that the language would be as hard to learn as Aussie slang and cow whispering. Thank goodness for great translators! 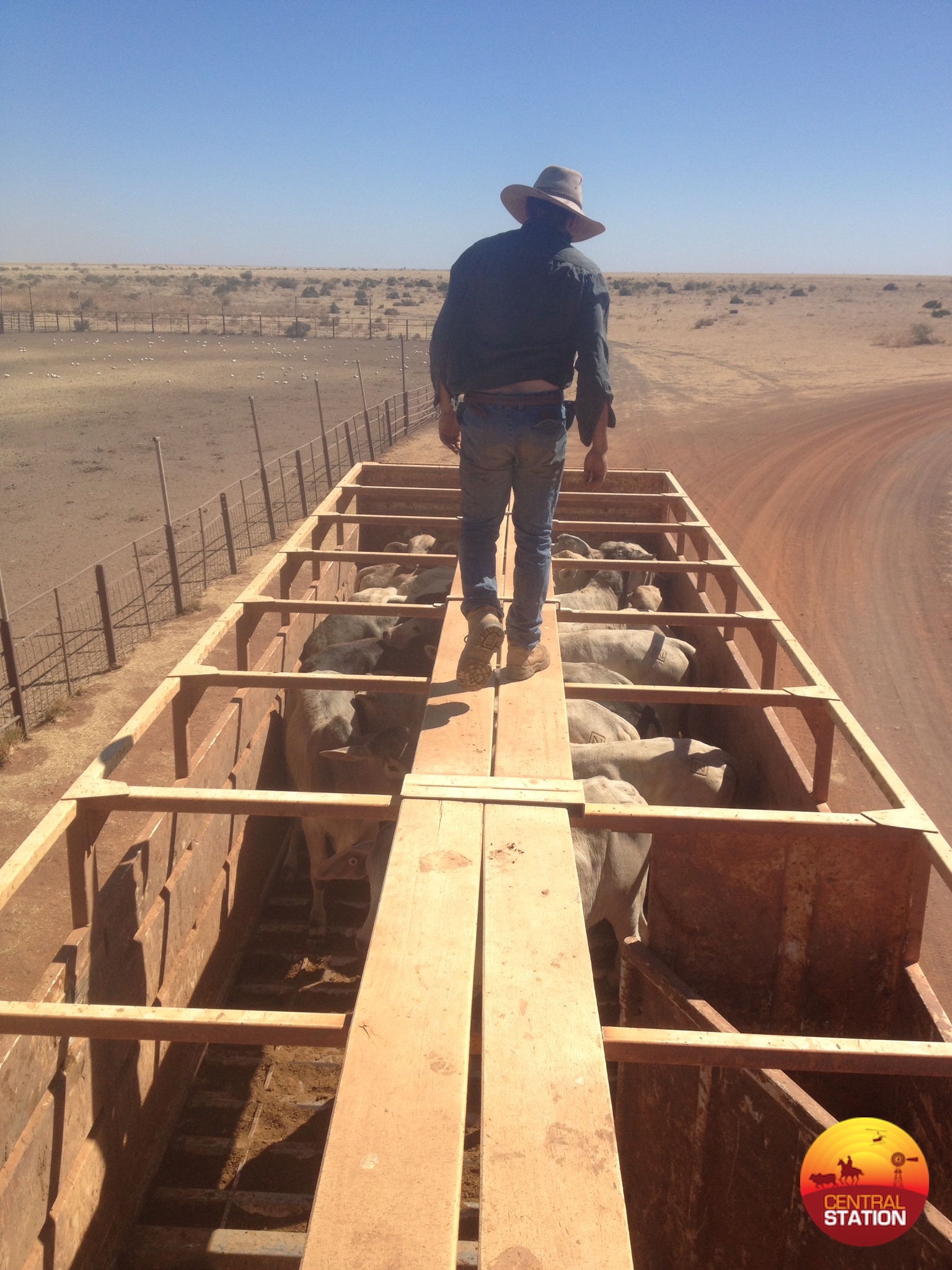 Trucks are a little bigger in this hemisphere. 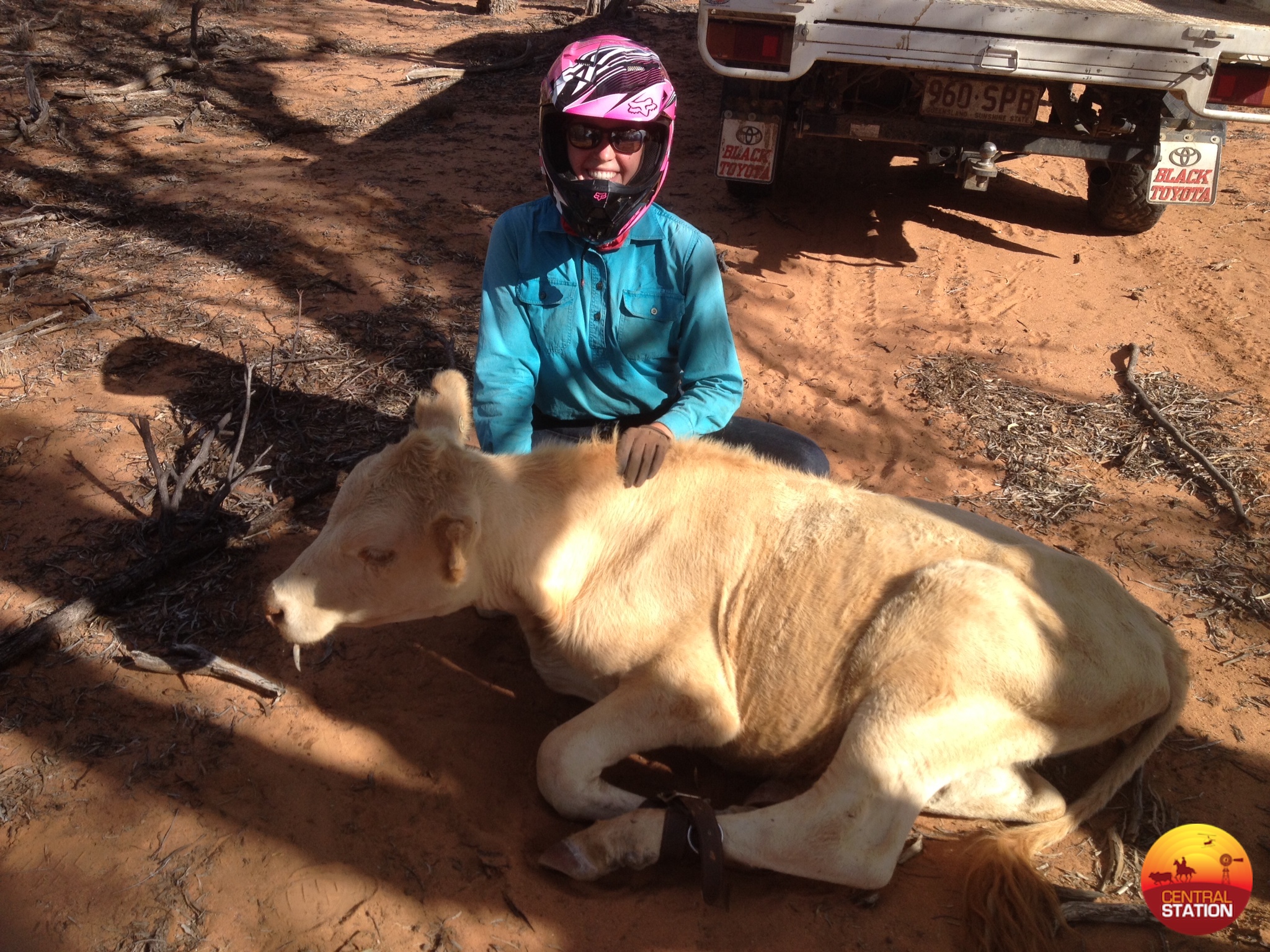 Scruffing instead of roping. 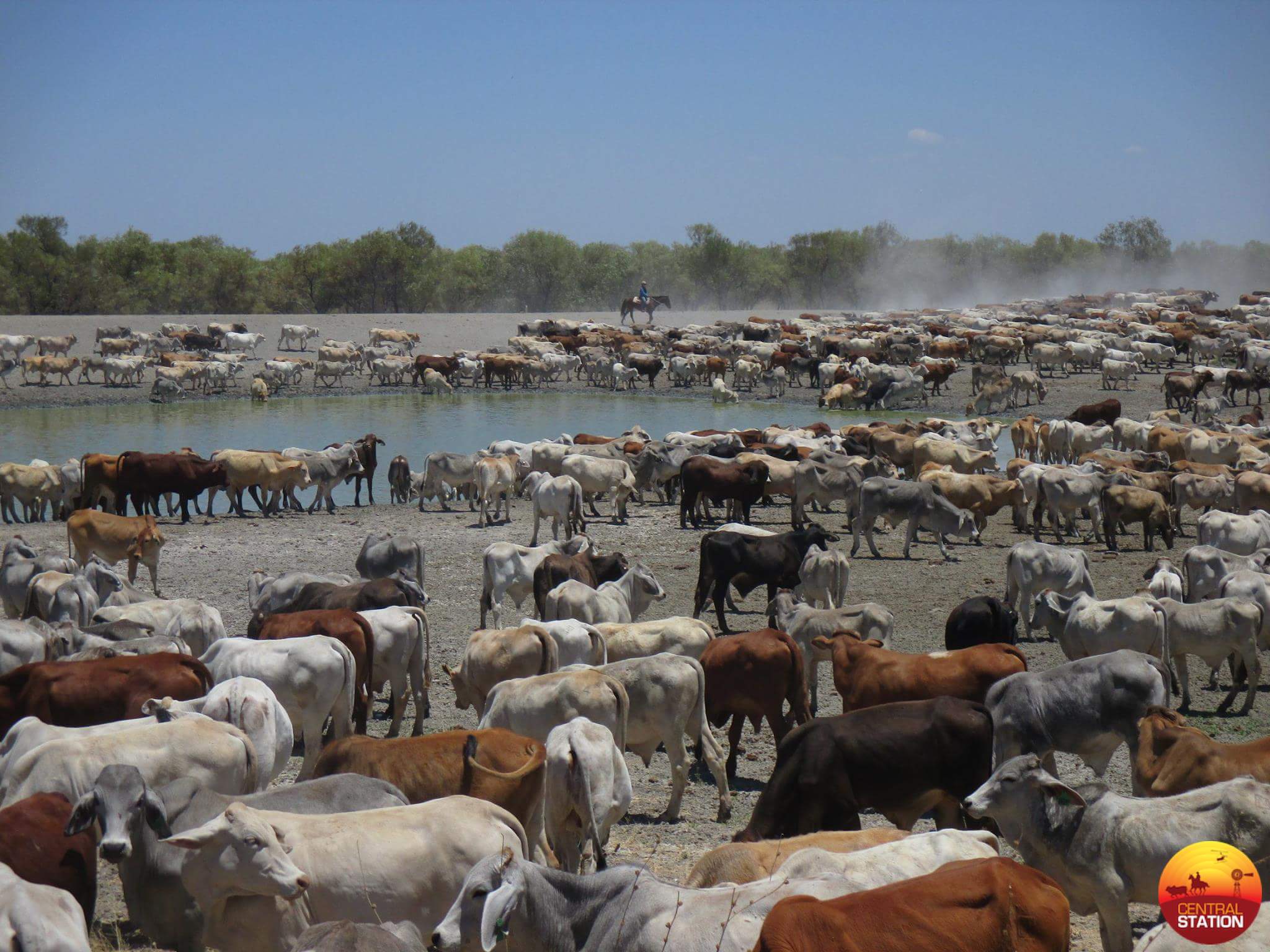 Mobs (or herds) on a scale I had never seen (Photo Cred – Mike Craig). 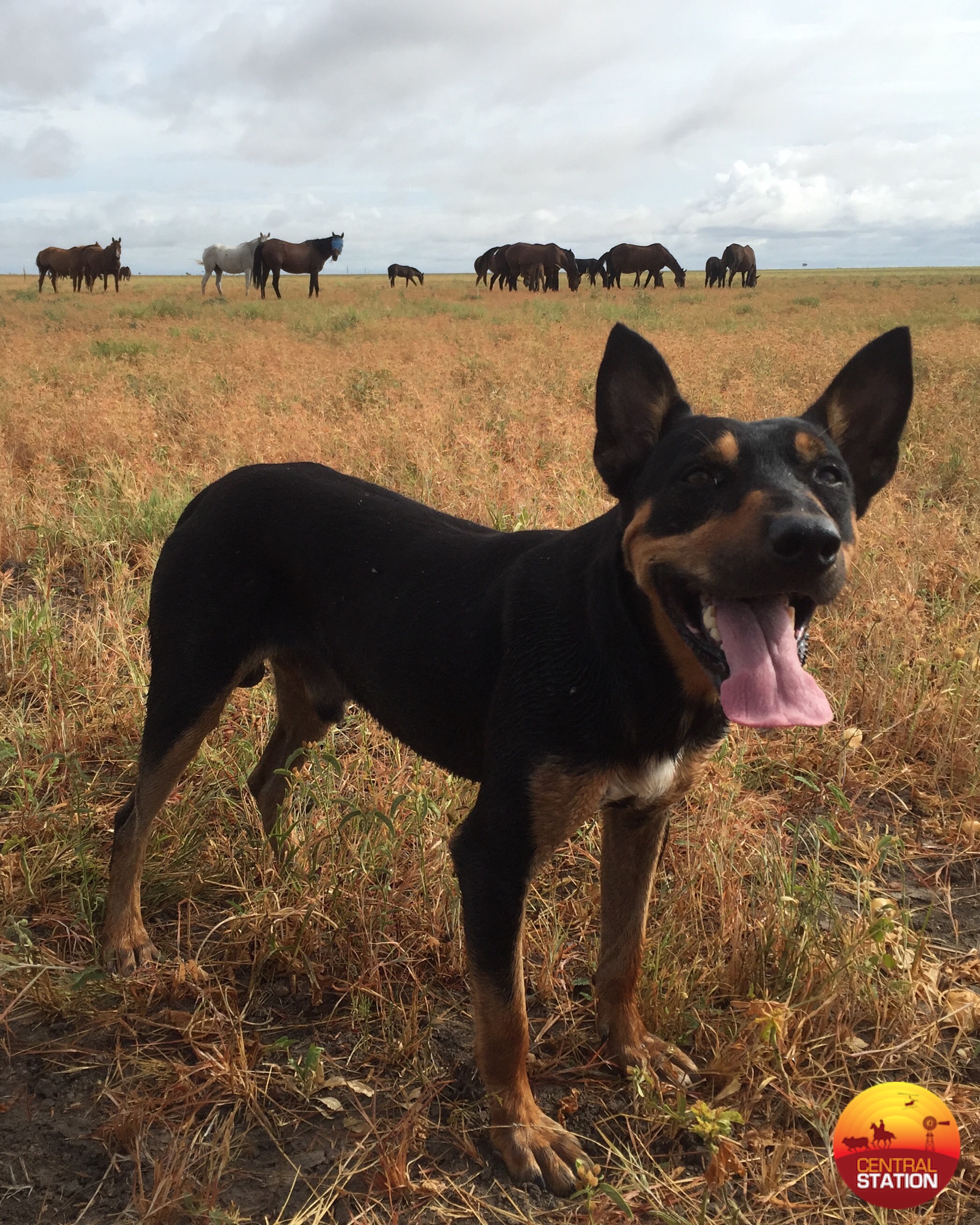 Kelpies and Australian Stockhorses – two completely new breeds to me. 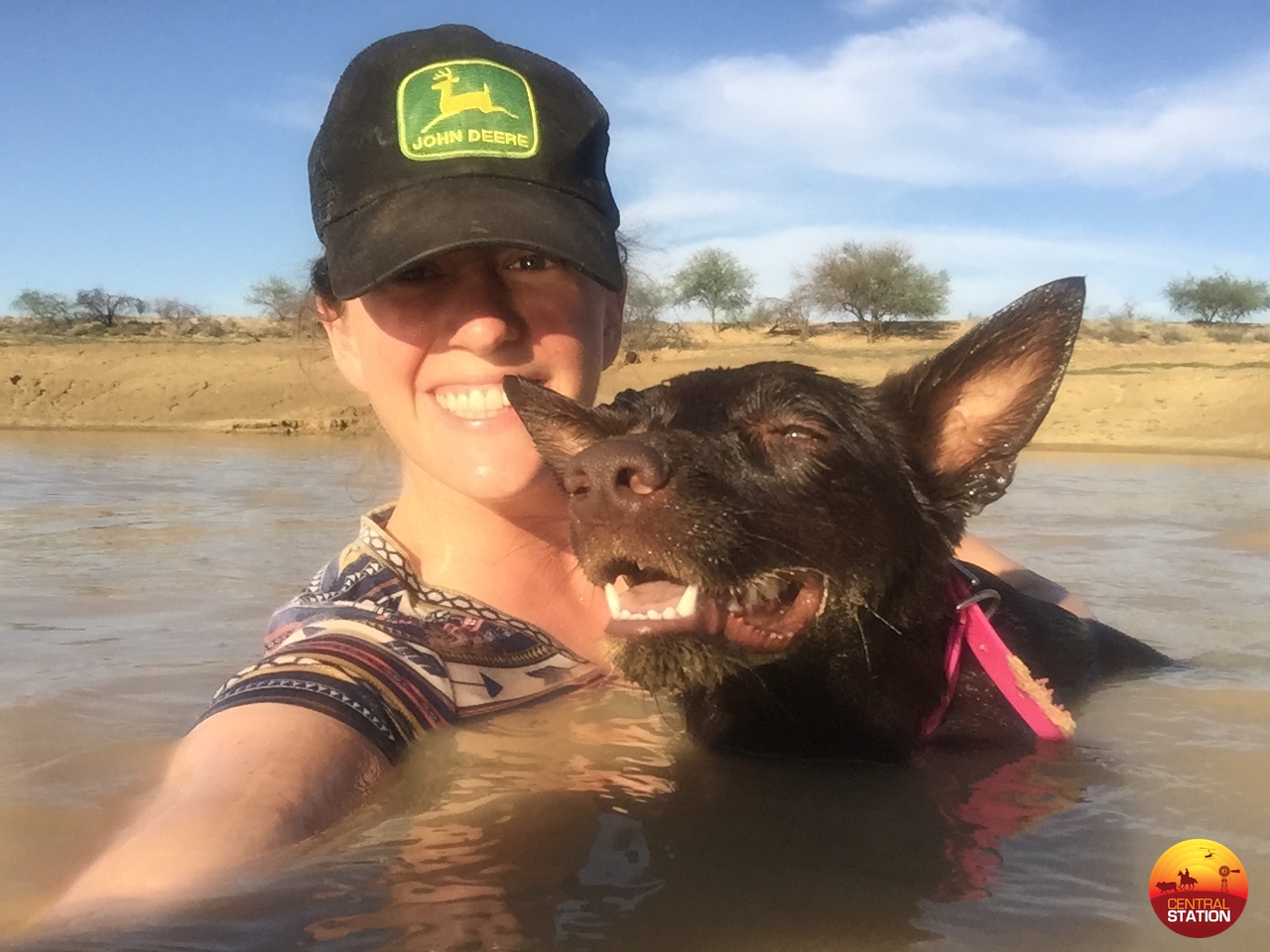 It would take a lot of beavers to build a dam this large!

< Happiness in the desert > An outback Sound of Music