Mustering, fencing, checking waters and dropping lick. These are standard tasks on any cattle station in Australia.

The first three are fairly self explanatory, but the last one..? Not so much!

How can I describe ‘lick’?

So, what’s the deal with this stuff with the funny name that we all spend heaps of money on and can be oh so powerful in the lives of cattle?

Many of you will be familiar with the concept of the wet and dry seasons in northern Australia.

During the wet season, plants are actively growing and at their peak nutrition. They look good, they taste good, and they’re full of goodness! They contain the most protein and energy that they ever will and cattle will typically gain weight from eating them in this state.

During the dry season, the plants don’t look or taste as good. And the goodness? Well, it just isn’t there. The available nutrition from those plants declines significantly; there will be less energy and most importantly, less protein, which often means that the cattle aren’t going to meet the protein needs in their diet to maintain weight or condition.

(Now, not all areas of Australia have a defined wet and dry season – such as semi arid areas –  so it may be more helpful to think about growing and non-growing seasons.)

During the dry season, or the non-growing season, the amount an animal can eat (aka their intake) is constrained by the speed of digestion of the feed in the rumen (one of their stomach compartments).

Simply put, cattle cannot eat the volume of feed needed to satisfy their nutritional demands. The bugs in the gut cannot digest it quickly enough to push it through the cow’s system.

Think of it like this, you’ve just eaten something and you’re feeling all ick and bloated. It’s just sitting there in your stomach – you feel full, and as such you’re not particularly hungry. Also known as me about 5 minutes after I finish a fast food meal (McDonald’s, I’m looking at you).

Now imagine if we could do something to get that food to digest faster, so you feel like you have more room and your appetite picks back up.

That is what providing dry season lick (supplementation) is targeting. It’s not allowing the animal to get more nutrients out of their food, but consume more food overall.

So, how can we improve the rate of digestion? Well, we need the help of microbes.

Considering we spend 99% of our time talking about cattle, turns out that the teeny tiny microbes which aren’t even visible to the naked eye are kind of a big deal…

So, as we have just covered, the majority of feed available to grazing animals in the dry season is pretty crappy.

Very few animals, and no mammals, have the enzyme systems necessary to digest fibre. However, certain microorganisms do have these enzymes… are you picking up what I’m putting down?

Healthy populations of microbes are largely dependent on adequate levels of nitrogen, sulphur and energy in the diet – which are key components of most protein sources.

During the growing season, when the plants are pretty and green, there’s sufficient protein to keep the microbe population a good healthy size. The microbes are getting everything they need for their life cycle from the grass the cow is eating.

With green grass, digestion is fast. The digested plant mass and fluid soon pass through to the rest of the digestive tract and the animal can start eating again. Life is good!

In mature feed, such as they are in the dry season, or non-growing season, the plant fibres are lignified and hard, and the plant cell contents have dried out—the level of protein is often too low for optimum microbial production, and little of the rumen content can move on. The rumen stays full of undigested hard material, and the cow is unable to eat more.

This is because as the pasture matures and the protein content declines, the rumen microbe population also declines.

Once the population of rumen microbes decline, the rate of digestion also declines, and as such, the host animals, in this case the cattle, eat less. It’s like a not very nice cycle.

So not only do cattle have access to pretty average nutrition during the dry (or non-growing) season, they also don’t eat as much overall.

Supplying protein supplements to cattle provides a source of nitrogen and sulphur for the development of large populations of desirable rumen microbes.

So, lets have a recap:

Now here’s the thing… This problem could be addressed by feeding the cow something high in protein that she can absorb and use herself, such as grain, or copra, or Palm Kernel Extract, and stop the reliance on these tiny little microbes. Yes, absolutely we could. This would be called supplying ‘by-pass protein’.

HOWEVER… Australia… it’s big. The distances between where grain is grown and the vast expanses of northern Australia where large numbers of cattle live are huge, and freight is expensive.

Believe it or not, it is more cost effective to supply the microbes with what they need to grow and flourish than it is to directly feed the cow.

Yes, it is more efficient in the north to feed the microbes than it is to feed the cow directly!

This is because of the ability that microbes have to synthesise protein. For the rumen microbes to form their own protein, they need energy, nitrogen (N), phosphorus (P) and sulphur (S). So, we can actually give the microbes “Non-protein nitrogen” (NPN), and allow them to use that to synthesis their own protein.

So, adding small amounts of NPN can allow the rumen microbes to break down hard plant fibres more quickly, and to make more microbial protein and energy for the animal to digest in its true stomach.

So lets break it down here: first of all, we’re feeding the microbes. We’re providing nitrogen to the microbes so they can grow their numbers. More microbes equals faster digestion, shorter retention, and increased intake. It gets the whole system moo-ving. Come on! I couldn’t not make that joke!

But then there’s a second part …

The bodies of the microbes flow in the rumen fluid down the animal’s digestive system; they are then digested themselves by acid and enzymes in the true stomach (abomasum), along with nutrients that were not used by the microbes. Microbial protein makes up approximately 70% of all protein absorbed from the small intestine. This protein is used for all sorts of bodily functions. Protein is required for milk production and reproductive tract reconditioning after calving. Young, growing cattle, in particular, need relatively high levels of crude protein in their diets to support muscle growth.

The most common form of NPN fed to cattle is called urea. Effective urea supplementation can result in an increase in appetite of dry feed of 20–30%. That’s pretty dang impressive! 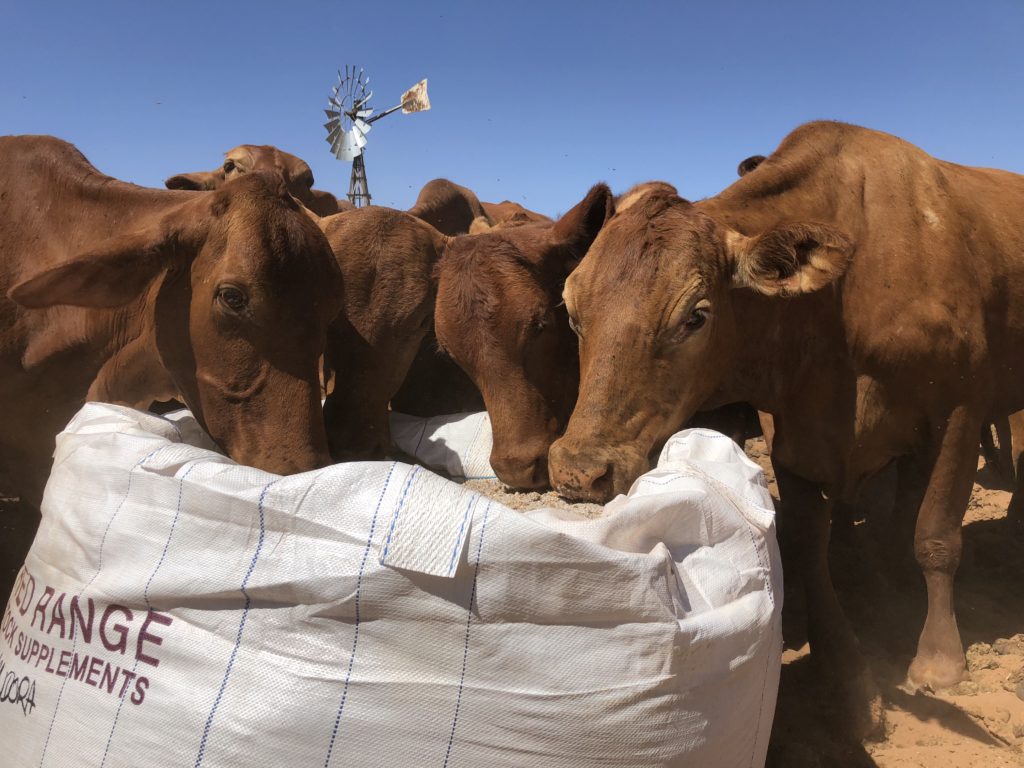 Effective urea supplementation usually results in a reduction in the rate of weight loss. It seldom results in increased weight gain. Remember how I keep saying the nutrition from plants in the dry (or non-growing) season is pretty average? Well, its so bloody average that it doesn’t really matter how much the cow eats, they aren’t going to gain weight. All we can do is try and stop them from going backwards and losing weight. 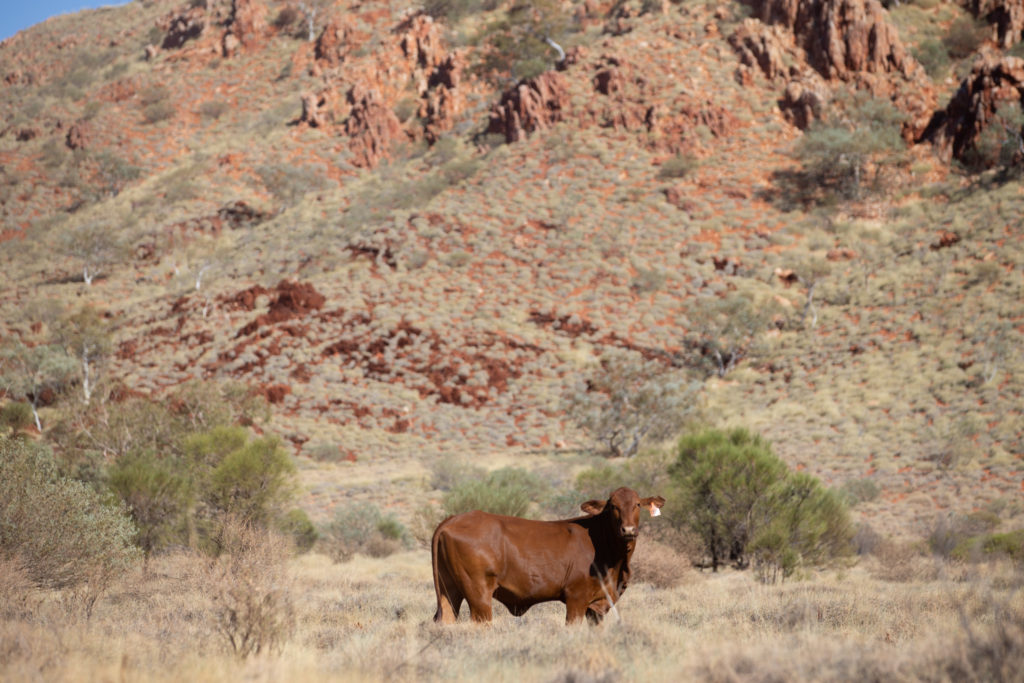 You’d think the feed is pretty schmick looking at the condition of the cow, but there’s a bit more to the story going on here.

Urea can and will kill cattle if it is consumed too quickly. Think of that episode from McLeod’s Daughters, I think it was season 2, when Brick was supposed to take Becky to the Miss Gungellan ball but on his way from Killarney to Drover’s Run he found a sick calf that had urea poisoning because Jodi’s dad had been careless when feeding out urea. Come on, you know exactly which episode I’m talking about! 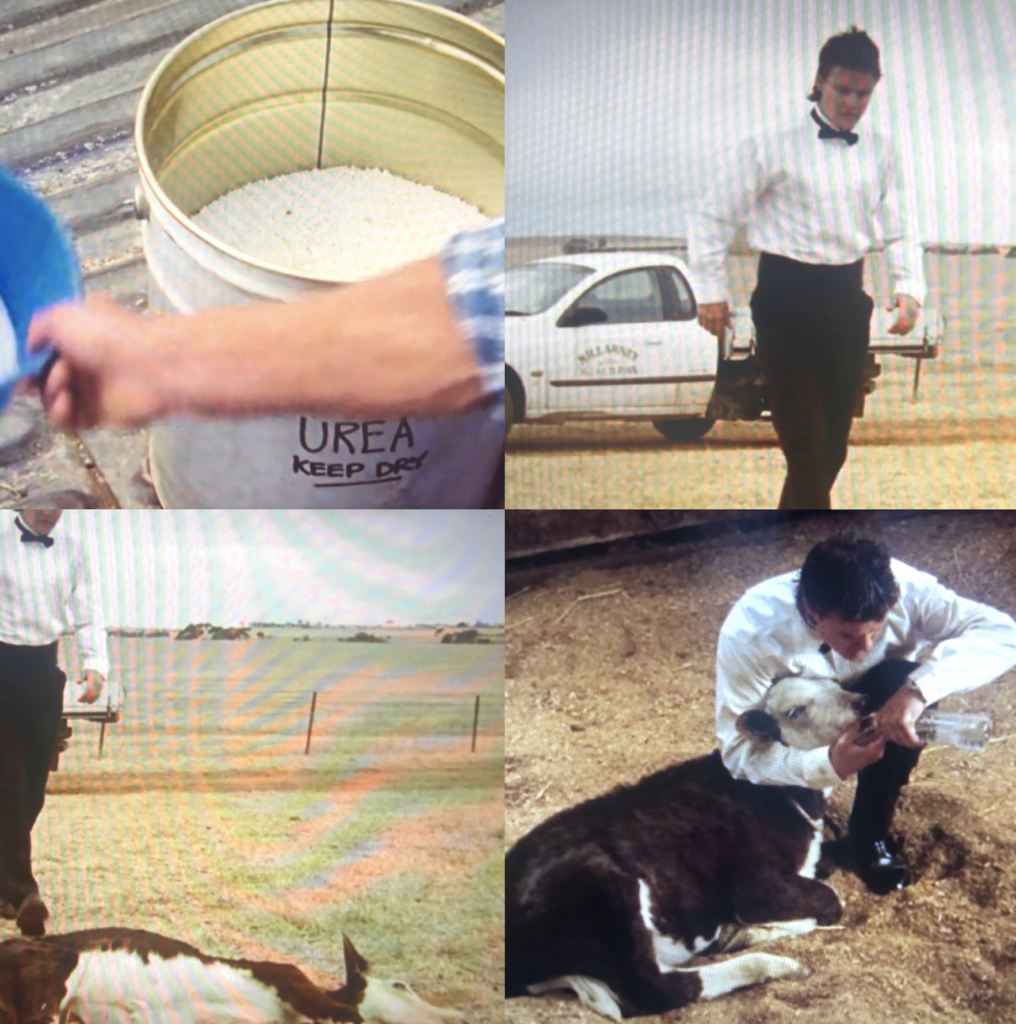 We all remember this episode!

So, the take home messages are:

Who would have thought it was so important to love your cows guts?

This article has been adapted from an episode of our podcast series, “Cattle Station Classroom”. You can find the episodes here.

< Has anyone got a copy (Part Three)