I was reminiscing with a friend recently and a topic of conversation was raised about childhood pets.  When you think about pets most people think about the common types; dogs, cats or birds.  Growing up on a cattle station in Northern Australia our childhood pets came in many different shapes and forms.

Living on a cattle station one of the most common “pets” you see are poddy calves.  Poddy calves are orphaned calves raised on formula milk. Needless to say there are always calves to feed as part of station life; however there are those few that stand out and will always hold a special place in your heart. One of these special few was named Paddy. Paddy was a beautiful Brahman calf, she came to us dehydrated, undernourished and not expected to live through the night.  Miraculously she pulled through to become a much loved part of our family.

At my year six school Christmas Assembly Paddy was the star of the show as Rudolf the Red Nose Reindeer.  She had white dots painted on her back and a set of paper mache antlers on her head.  As she grew it became obvious that Paddy needed to be part of the herd, she became one of our prize stud cows and 20 years on is still our number one. 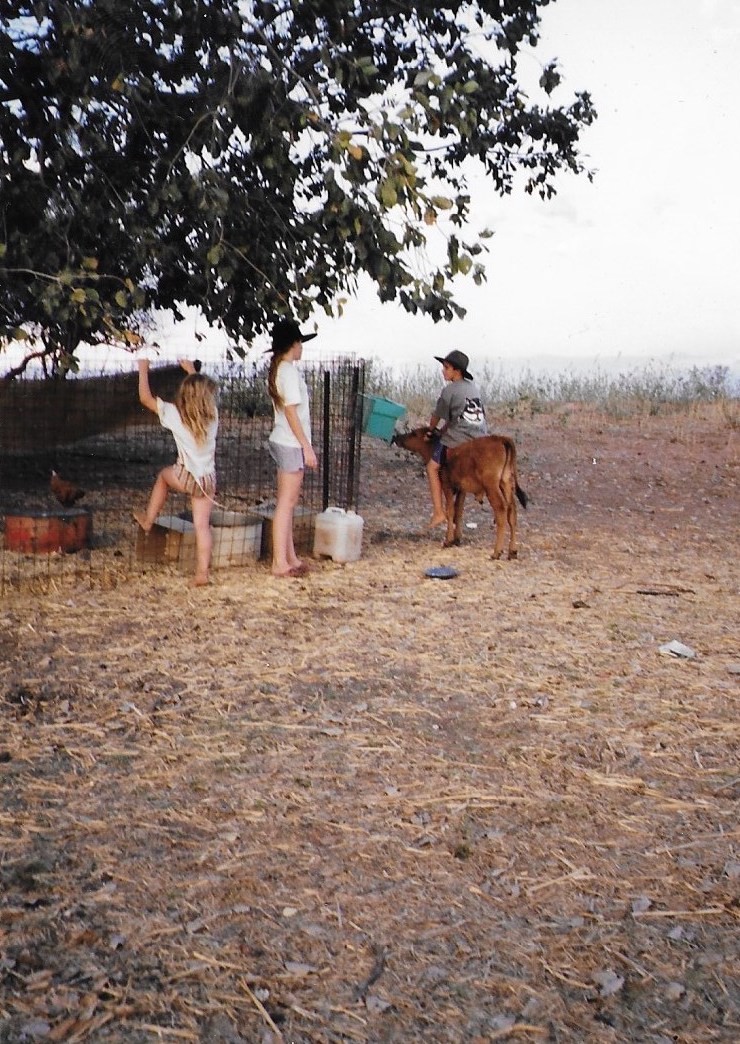 Another one of our more memorable childhood pets was Moses the Brolga.  Brolga’s are part of the Crane family and are classified as Australia’s largest waterbird.  It was during the wet season of 1998 that Moses walked into our lives. In 1998, Northern Australia was hit by Cyclone Thelma a Category 5 Cyclone, the most intense to traverse the Northern Australian tegion.  As a result there were monsoonal rains that caused massive flooding through most of the Fitzroy Valley and catchment areas. At this time the Kalyeeda Station Homestead was on an Island surrounded by water. We woke one morning to find a baby Brolga, too young to fly, drenched from the rain and huddled under the shed for shelter. From that day on Moses was the figure head of Kalyeeda Station.

We all learnt to speak Brolga, Moses had several different noises he would make to communicate his needs; when he became old enough to learn to fly we would spend hours running up and down the lawn with him flapping our arms to teach him how to fly, one day to Moses’s surprise he left the ground! From that day on Moses would love to show off, often doing bog laps flying around the Homestead block. He was well known to be a bit of a guard bird too, and as he grew taller was often perfectly level with the average person’s face, pecking distance from the eyes.

Feral pigs are common to Northern Australia; they are often found close to water and spend their days uprooting the ground for plant material.  As a result they can cause major environmental destruction and their numbers often need to be monitored and controlled.  As children growing up on a station, pigs were also part of our pet repertoire.  As a child my first pet pigs were three sours I names Babe, Willma and Betty.  Looking back I feel certain that my pigs were not meant as pets but were destined for another purpose, however it soon became clear to my parents that my pigs were not going to be Sunday nights roast dinner.

It was one of our first years at Kalyeeda Station when we were still living at what is now the “old homestead”.  The “old homestead” is situated on a beautiful water course, not ideally located in the wet season due to flooding.  Unfortunately we were made to evacuate and I was unable to bring my now very large pigs with me, I opened the gate and hoped for the best.  We returned back to the station in the dry season and I was delighted to find that my pigs had not wondered far.  I was even more delighted when a few weeks later I woke to find Betty had given birth to a litter of piglets, soon after Babe and Willima did the same and my trio of three became a herd of 20. 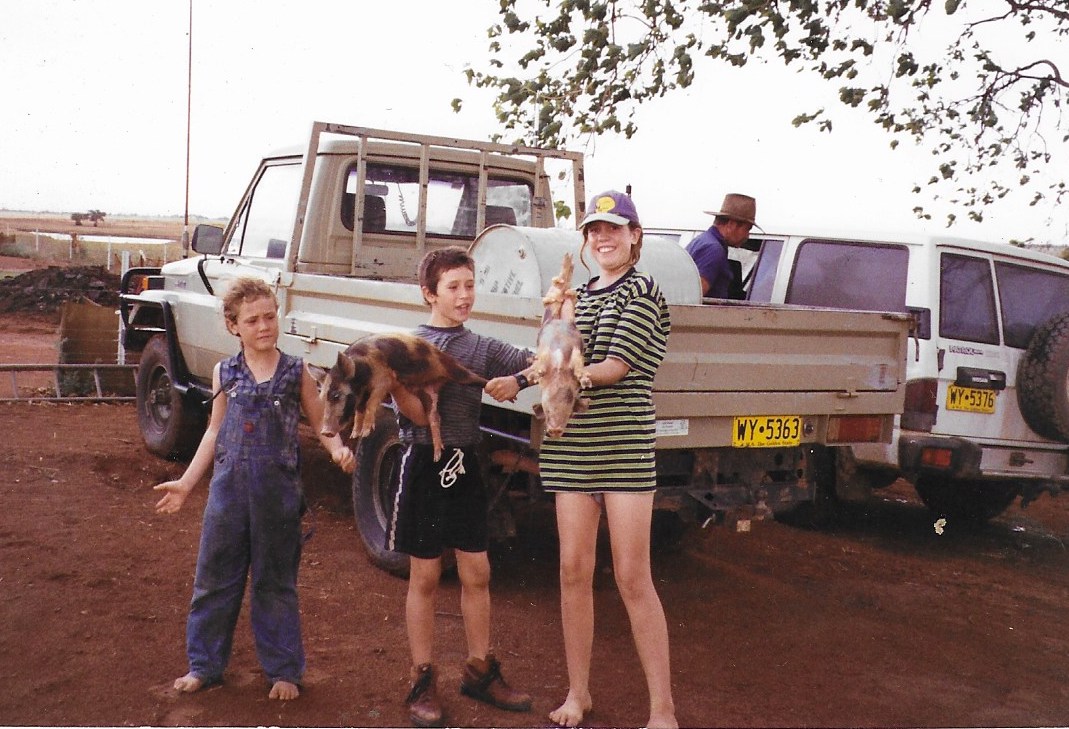 Brumbies are Australia’s wild horses and are often the descendants of escaped or lost horses, in some cases dating back to those belonging to the early European settlers.  Every year we put our “plant” horses those that are used for mustering work out in a good paddock for their much deserved “wet- season” break. It was after a wet-season when we brought the stock horses back in for the first time that we were surprised to discover a new addition.  There was a scraggly brumby yearling in their midst. We named her Gypsy Rose, because of her rough stuff to life she needed plenty of feeding up and a lot of love and addition.  Gypsy roamed the homestead paddock, developed a taste for eating mangoes and loved to chase my younger sister.  As she grew older Gypsy was broken in and is now the “quiet” horse of the stock-camp often given to beginning riders.  Although there are differently times when is questionable about who is the boss, the rider or Gypsy Rose. 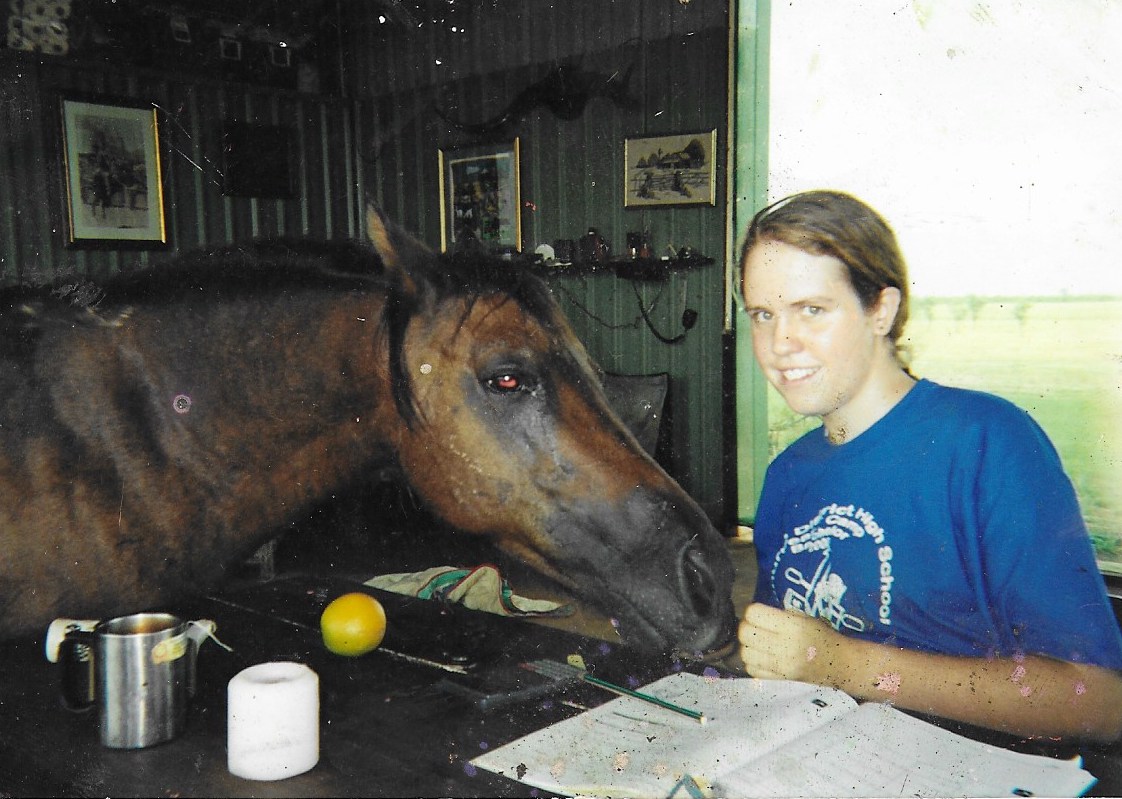 There is a famous saying; until one has loved an animal a part of one’s soul remains unawakened. I feel so grateful to have had some very special animals in my life, they may not be your classic household pets but each of them has had an impact and makes for a good story.