The highs and lows of mustering

It had been a long day, mustering in a mob of cattle that didn’t really want to be mustered that day. It was mostly through river country and while the horse crew had done their best, us fools on motorbikes had spent a lot of time in and out of the river dealing with deep sand, overgrown channels and steep banks. Horse people have it so easy, just ask any motorbike rider.

So, we are finally out of the river country on some nice open crab hole country and the mob is walking nicely down a fence line towards the yards. “How’s it all look from down there Duggie” is what I heard over the radio. It was our helicopter pilot flying back towards us as he’d been gone re-fuelling for the last few minutes. “Pretty decent from where I’m sitting Mr Helicopter, I’ve just been up to the lead and the cattle were flowing into the laneway beautifully, the lead should be just about in the yards” I replied. “No worries” said Mr Helicopter “I’ll just fly up ahead and have a look then set down until you need me again.”

It was almost the end of the day and all in all its been a pretty decent muster. The cattle are walking beautifully, everything is still mothered up and the crew are all laughing and joking. There are a handful of jobs to be done once the gates are closed but then its home to un-wind and try to dream up a way to make my motorbike seat more comfortable. But then this voice comes over the radio, “Ah copy Duggie? Do you want the good news or the bad news?” To this day I’ve no idea what the good news was.

Turns out that while the lead of the mob had done the right thing and had walked into the yards a particular big yellow bullock (A bullock is defined by Google as “a male domestic bovine animal that has been castrated and is raised for beef”) decided that he would instead go over a fence and run away into another paddock. The cattle behind the bullock (who we had dubbed “Moby Dick”) decided that this was a great idea and that they too would demolish the fence and follow. By the time Mr Helicopter had got to the scene there were 500 head of cattle streaming down the paddock like they had heard Emu Export was “buy one get one free” at the Iron Clad Hotel.

What followed next is what I like to call organised chaos and really show the merits of having a well-trained mustering crew.

Five seconds after the radio call the brain finally catches up with what has been said and then you swear very loudly. Ten seconds after the call you’re on the radio to the rest of the crew handing out the orders. You leave a couple of horse crew on the tail to keep the cows and calves coming along. You leave two motorbike riders with them to look after the wing and to be there to help just in case the mob turns around with all the excitement happening up front. You set off with the remaining horse crew and bikes, riding up the mob and then through it into the breach. Plug the gap in the fence with the horse crew and then race off into the scrub with the remaining motorbike riders trying to dodge trees and crab holes whilst listening to Mr Helicopter for directions on where the lead is. You then spend the next 5 to 10 minutes white knuckle riding trying to get in the right position to catch the lead and help the helicopter. After that is another 10 to 20 minutes of slowing down the lead and getting the bloody things to block up again.

While the motorbikes are doing all the hard work (again), the horse crew and couple of bikes left behind have by this stage yarded the rest of the mob. They then gave the all clear that we can bring in the run-aways. They peel back and make a wing of horse flesh, all eyes peeled for Moby Dick whom no one has seen yet. Under the supervision of Mr Helicopter we bring the last of the mob back up, the cattle stream back past the horse crew, back through the breach in the fence and straight into the yards. We follow them in and shut the gate on another slightly chaotic but successful muster.

P.S. I don’t really have anything against horse crews, just never let the truth get in the way of a good story. 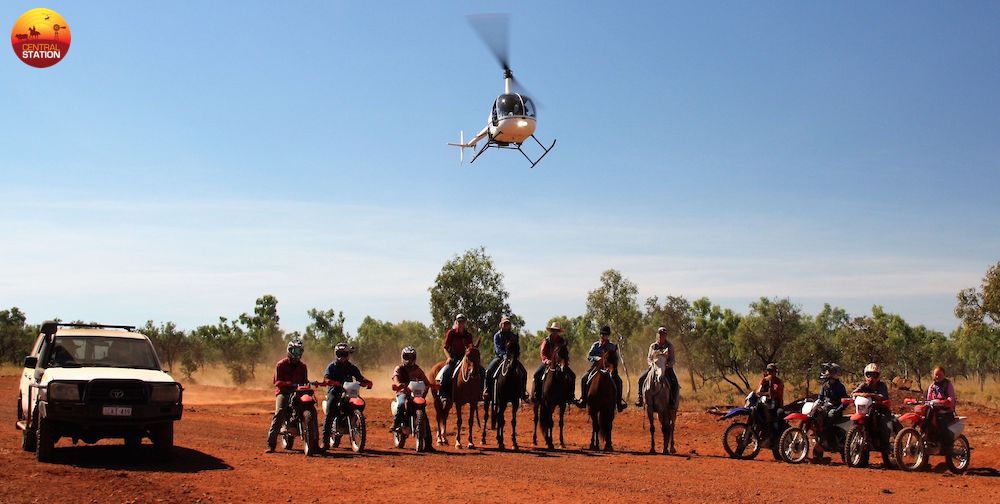 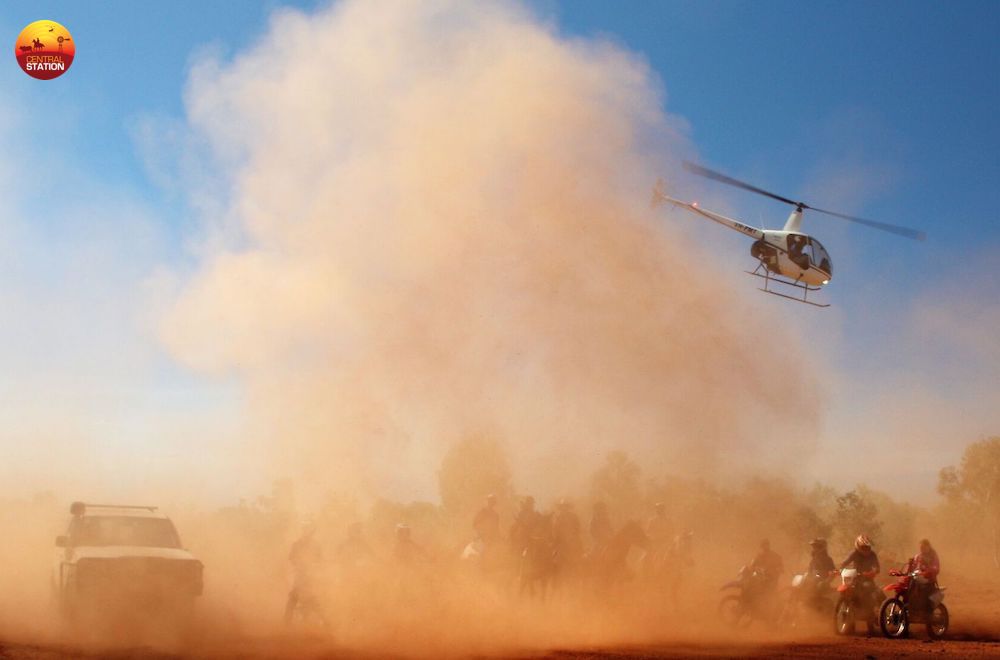 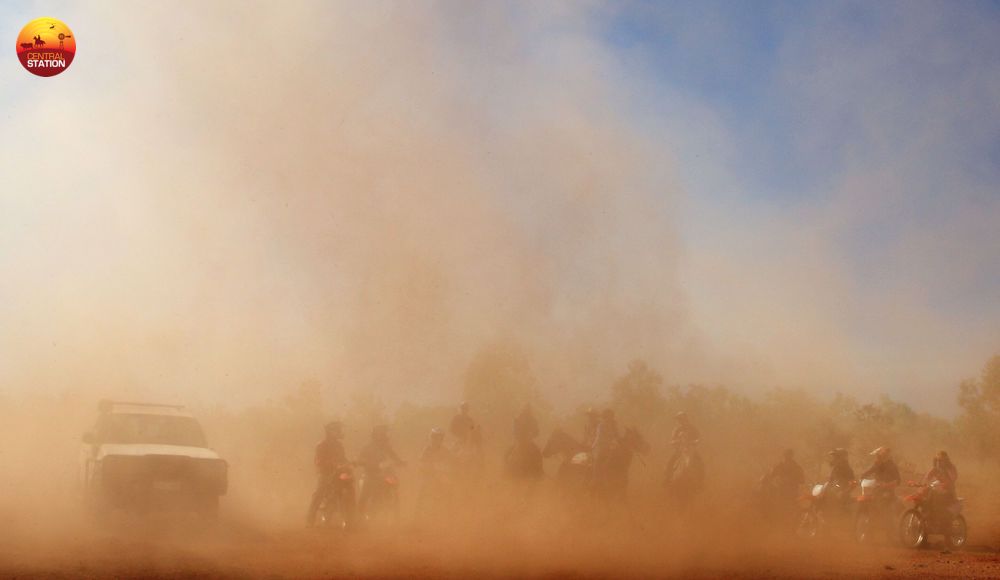