The Wooleen pastoral lease was taken up in 1886 by the Sharpe family, who owned the lease for 99 years and 6 months. My father Brett Pollock first visited Wooleen in 1954, and he became a jackaroo there in the early seventies. He tried to buy Wooleen the first time it sold in 1985 but didn’t have enough money, instead he bought it in 1989. He still didn’t have enough money but he had become better at convincing lenders that he did. Wool crashed in 1990 and my parents were trading while insolvent for a number of years, and during that time they started the Wooleen Station-stay business to make ends meet.

Just before my parents bought the property the then WA Agriculture Department found that on Wooleen, 26% of the vegetation was in good condition, 36% was in fair condition, and 38% was in poor condition. More than a quarter of the soil on the 188,000ha property was assessed as having some erosion, the great majority of which was to be found in what were once the most productive areas, the river floodplains. Wooleen once ran 30,000 sheep, but by the time my father bought the property it was battling to feed 10,000, despite having more waterpoints.

This situation had arisen through a misunderstanding of the rangelands capacity to produce during a drought, as well as the time needed to recover after it. After a huge drought in the 1930s a Royal Commission into the economic effects of the drought found that 75 per cent of the highly productive perennial saltbush shrubs had disappeared. It was not understood that unless the grazing pressure was significantly reduced, these essential production plants would not necessarily recover their numbers after rain. After many droughts, the most productive species have almost entirely disappeared from our landscape. This is the greatest failing of pastoralism in our area, we have no mechanism for dealing with drought, in a land where droughts are common.

We need the plants we have lost if we are to successfully raise animals here. Low long-lived palatable shrubs hold the soil together and provide food for stock during dry times, some of which we call droughts. Even more important are the palatable perennial grasses, which were the basis of glowing reports from the early surveyors, which led to this area being opened up to pastoralism in the first place. Species such as Themeda triandra (kangaroo grass) and Panicum decompositum (native millet) were once common, but can now only be found on Wooleen where the seed has been re-introduced.

Palatable perennial grasses are the drivers of production in our pasture, as they provide a long lasting supply of energy. Ruminant animals need both energy and protein to be productive. There is plenty of protein in our pasture, but unless there has been recent rains, energy is severely limited. This is why the palatable perennial grasses were grazed out in the first place, they are the limiting factor in the pasture. Without them we can only get high production during and shortly after rainfall events, when annual species are able to foot the energy bill. Given the demise of the palatable perennial grasses and our semi-arid rainfall pastoral businesses in our area have struggled to stay economical for at least the last 30 years.

We destocked in 2007, with the intent to get the palatable perennial grasses back into the system. The perennial grasses are not the only plants we are lacking, but it seems reasonable to assume that if we get those back, other types of plant would also recover. We had little idea if it would work or not, and true to form some things recovered and others didn’t. Some species such as Sporobolus mitchellii—native couch, Digitaria Brownii—cotton panic, Eragrostis setifolia—neverfail, have recovered well. Buffel and Birdwood grass have also taken off in some areas.

Its became apparent however that some of the best species need to be reintroduced, and this highlights the importance of not pushing the country for so hard for so long. Because those that need re-introducing will unfortunately take a very long time to become a significant part of the pasture again. The good news for those species is that they can still happily grow here, they just need help, and time. 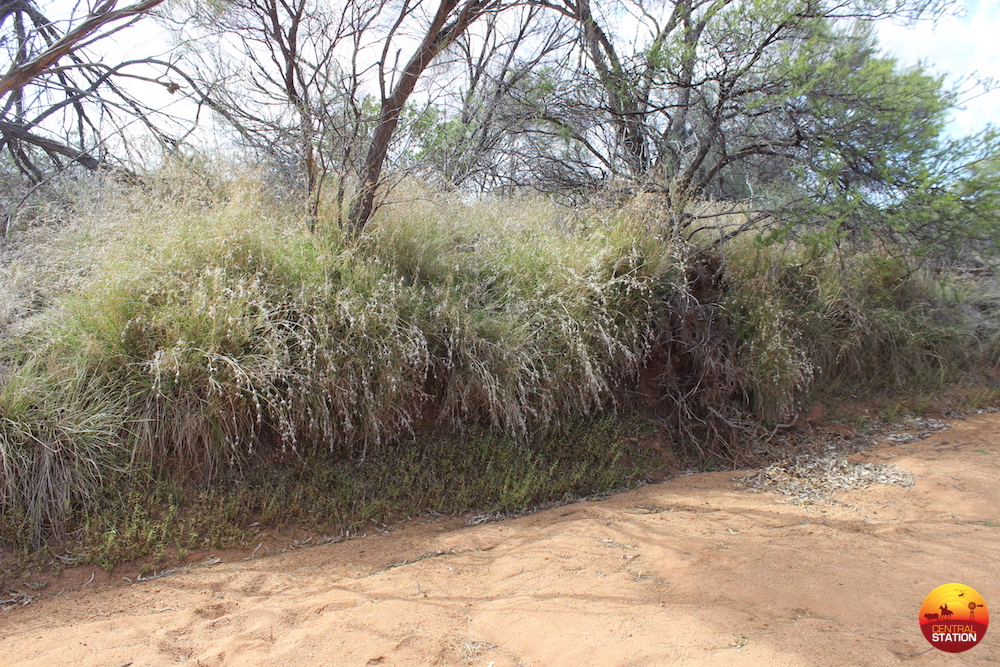 The first population of Kangaroo grass on Wooleen for decades. We scattered the seeds in 2012 and didn’t find any plants till 2017.

We fenced off an area (with the help of Rangelands NRM) and irrigate re-introduced grasses from a semi-permanent pool nearby. We now have control of a previously unmanaged waterpoint, as well as the beginnings of seedbank for these excellent production grasses. 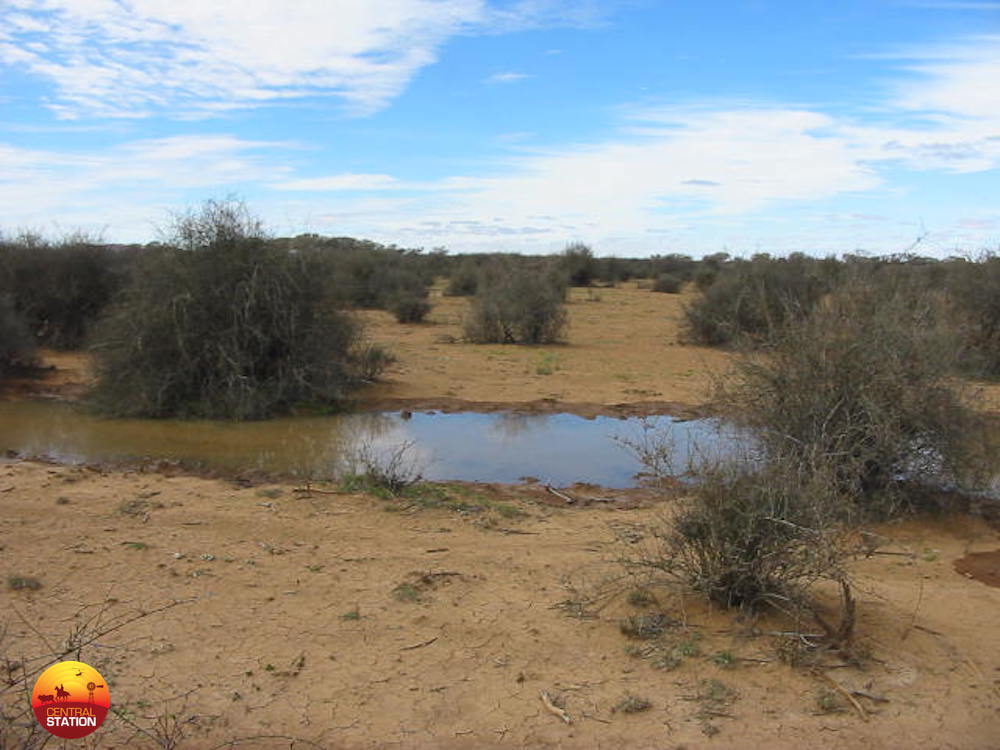 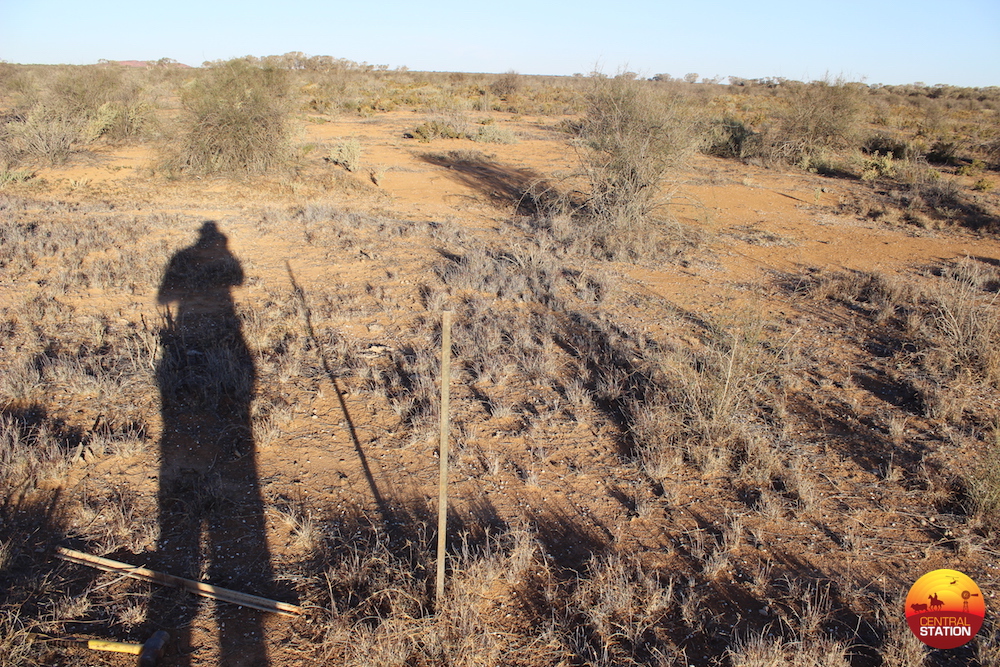 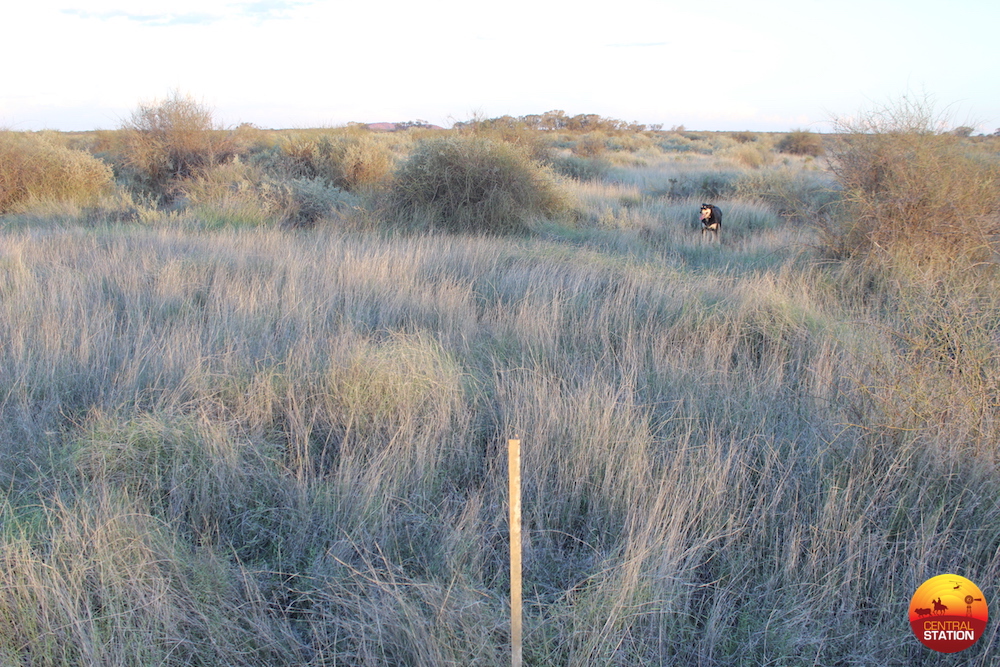