Late last year I penned an article for Central Station as part of the Isolated Parents and Children’s Association (ICPA) host week. As a result, the lovely editor of Central Station, Ms Steph Coombes got in touch and invited ‘Barrygowan’ Station to host the Blog for a week. So here we are, ‘host week’ for Barrygowan! 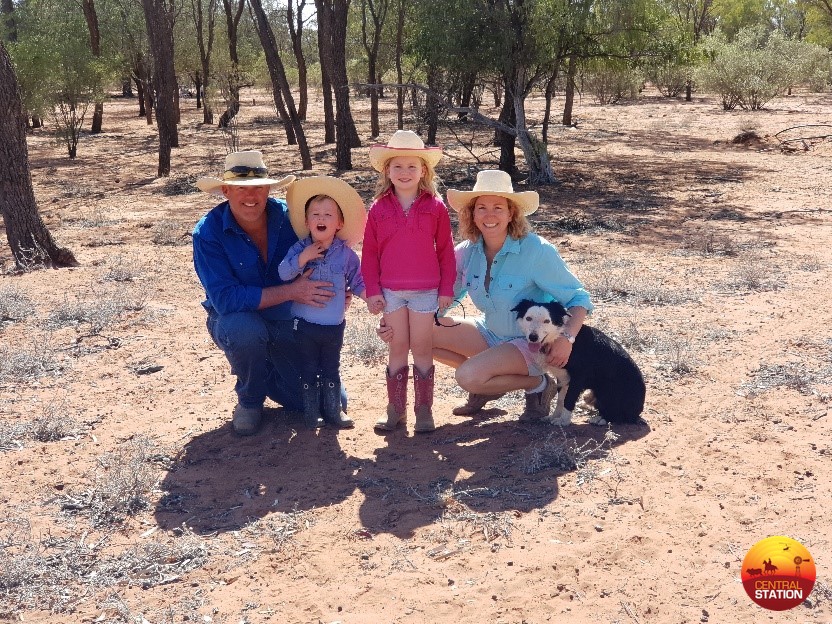 This is our Barrygowan family, Hugh, Rex, Arly and Tannas Godfrey.

We are situated a little further South than the regular Central Station contributors. ‘Barrygowan’ Station is in South West Queensland. Actually, the Queensland/New South Wales border runs through the middle of our property aggregation.  We are part of a 3rd generation family company, Tinnenburra Pastoral Company, which we operate in 2 aggregations ‘Tinnenburra’ where my mother and father in law live and Barrygowan where my family lives.

We have no employees and use the wonderful assistance of local stockmen and contract musterers when we need an extra hand. The Barrygowan aggregation is 100,000 acres made up of 3 properties, Barrygowan and ‘Mintaka’ (which are in QLD) and ‘Dunsandle’ (in NSW). Our closest major towns are Cunnamulla which is 150km north west in Queensland and Bourke which is 230km south west in New South Wales. In good seasons or after flood we can carry 7000 head sheep with progeny and 1500 – 2000 cattle. 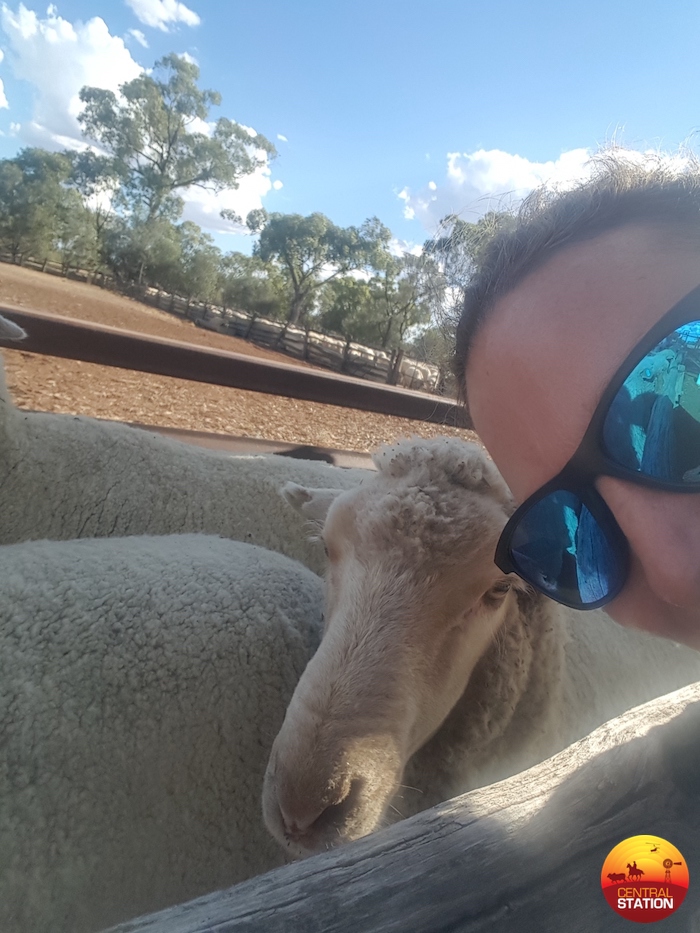 The quick shot in the yards with the ladies.

This week I will give you a little background about my family and how we came to be at Barrygowan, as well as perspectives from afar and an insight to our family run farming operation. But first, I asked my dear friend Barry ‘Blade’ Johnstone, to set the scene for those of you that may never have opened your QLD & NT Terrence Alick Atlas to Map 48 or travelled to this part of the country. Barry and his family have been travelling to north-west New South Wales and south-west Queensland for over 40 years and have been wonderful friends to Barrygowan Station. 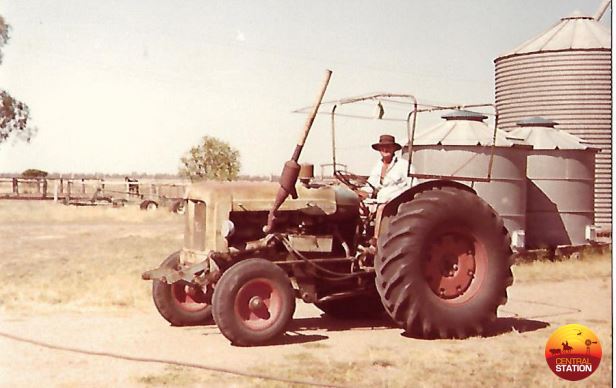 To a romantic like me the word ‘Station’ in the context of outback or remote properties, is evocative of the original settlers of Australia.

The pioneers such as Kidman, Durack and Tully that moved inland from the coastal settlements to open up vast tracts of land to grazing are well known names.

The traits of those early pastoralists; vision, resilience, mental and physical toughness helped shape the nation and are still found today in the people who still choose to live, work and raise families in remote areas.

The term ‘Station’ is probably an early colonial one that refers to people who went to work on selections or runs and were said to be ‘stationed’ at Bullamakana Station out past the Black Stump.

Whilst technology in communications and modern transport such as 4WD, light aircraft and helicopters have changed for the better the lives of those that live and work in the “Sunburnt Country” – some things have not changed.

Isolation – your nearest neighbours could be miles away, the nearest township or store/fuel even further, so if you forgot to collect the left-handed widget you needed to fix the tractor – well you just can’t ‘pop back into town’ to pick it up.

In human terms, isolation can be even harder because ‘people need people’. Particularly, children to interact and play with others of the same height!

Separation from your partner for most of the day as they leave before day break to fix a fence or muster stock and arrive back after dark, or weeks if they go droving on the long paddock or have to take a second job away to make ends meet.

Stations are usually reached by travelling on dirt roads of bull dust or black soil or gibbers that can shake your fillings out. The occasional creek crossing when the up-country rain makes its way down can present a challenge and when the black soil gets wet, everything stops.

When you get to your destination, if the there is a mail run, an old fridge just before the gate or grid may mark the track to the house paddock, eventually you will sight the communication mast.

Houses of course can vary enormously, traditionally they are timber with a tin roof, often with the name written on the roof, wide verandas are a feature because in the days before electricity you would ‘camp’ out on the day bed during the summer heat.

Verandas were also a great place for station kids to play.

Clamorous dogs will also greet you from the end of a chain close to the house gate and a chook pen and fenced in area, often the old tennis court.

The station compound will probably have a machinery shed, meat house with a huge tree stump as a chopping block, a little further away sheep yards, shearers quarters and shearing shed which is another story.

The house yard can tell its own story from shade trees to flowering shrubs and gardens and a vegie patch, ornaments, old farm machinery, a grass lawn kept alive by precious water to say “This is our home, welcome”.

To know about the special people that live on stations out bush, you really need to go and visit them and then you will understand that they are the successors to the pioneers. They are still resilient and tough and down to earth friendly people. 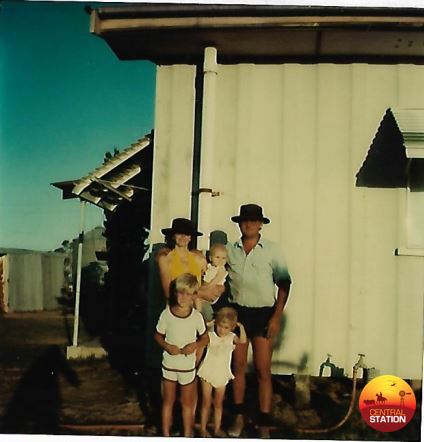 I love a sunburnt country and the wide brown land is still for me.