I want to start this article by saying that I will put up my hand and say that I am not a person with a natural sense of direction.

When I went away to the Royal Military College in Duntroon, it became apparent very early on I was going to struggle in this area. I spent hours, weeks, months with friends, instructors, anyone who would offer, trying to determine how to tell the 316 feature from the 365 feature at Majura Range. If I was honest, all I could see were a bunch of pine covered mountains.

I famously didn’t attend my university graduation, even though I had leave, because I needed more ‘nav training’. I went and bought myself the best ‘Silva’ compass that money could buy and did my best to mitigate my lack of ‘sense of direction’.  As I got older, I became a pretty good Mistress to the compass bearing and when I learnt to fly I could always find where I was heading without a GPS and never stayed lost for long. 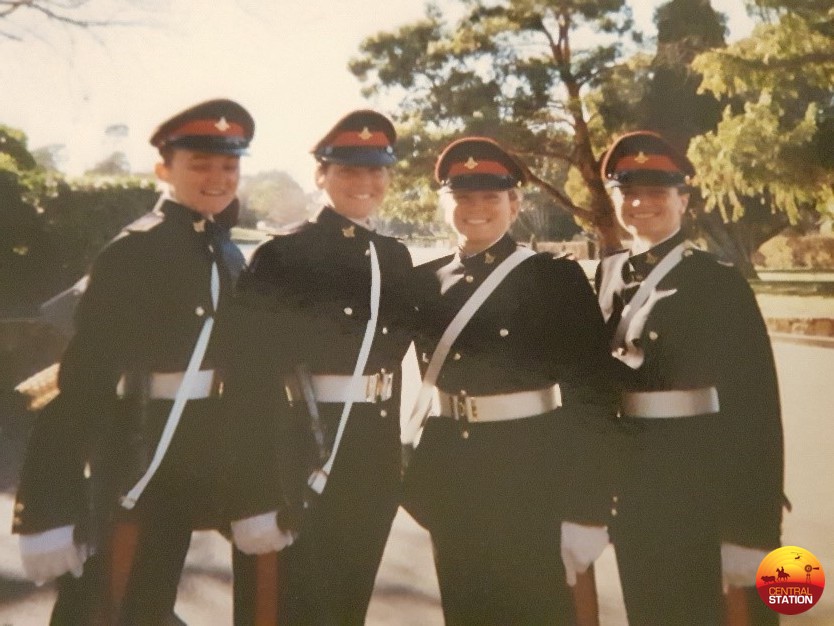 All my hard work paid off and I graduated the Royal Military College, Duntoon. 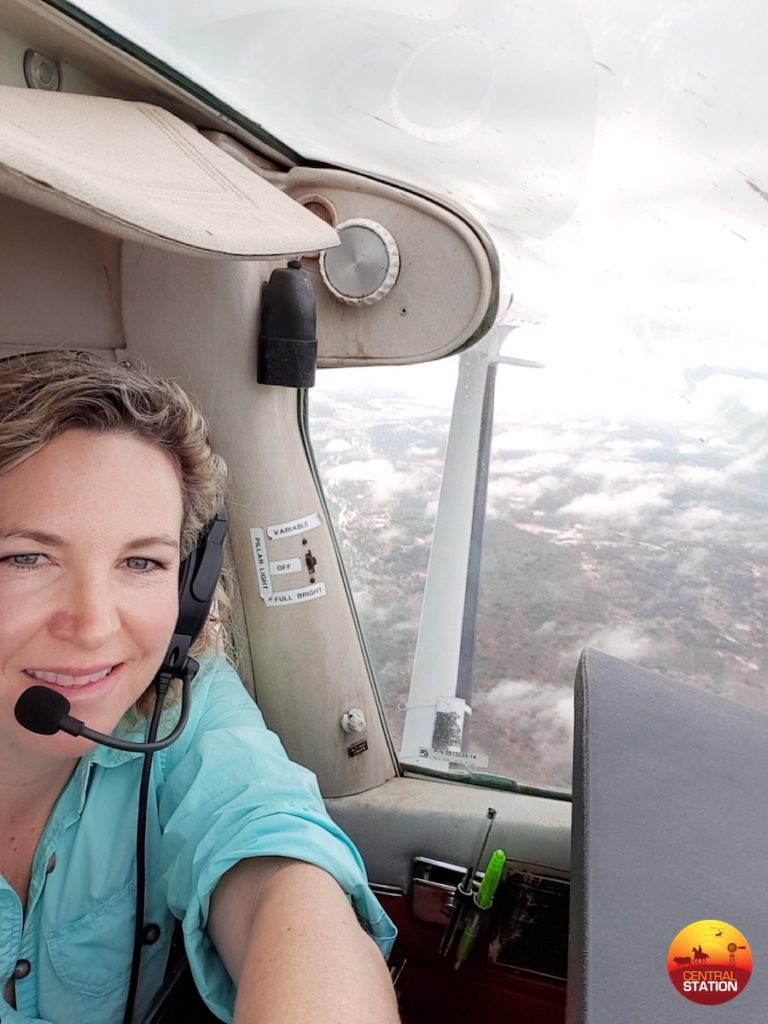 Getting lost is a thing of the past!

That was until I was thrust into “Family mustering”.

“Family mustering” – I use this term explicitly, because to me it is different to “station mustering” or even “contract mustering”. Family mustering is where the people participating have either grown up with/lived with or previously owned the property that you are mustering. You are primarily working with your family, they already know what they are doing, without speaking, because they have done it their whole lives.

Family mustering requires no brief before going out, no instructions on where it will start or how the muster will happen, no maps, no specification of time, checkpoints, distance travelled or sometimes even a specific endpoint.

For example, a whole day’s mustering could be described as “We are going to muster the weaners tomorrow”.  I would often sit at the dinner/breakfast table waiting for the rest of the instructions: “What time do we start? Where do we start from? Where do we finish? What we are mustering – sheep or cattle?”, when everyone just gets up and heads off.

With family mustering, everyone is so familiar with the situation. They just know where everyone else is, where their spot is on the ground, how fast to ride and where to ride without asking.

In my husband’s family’s case, it was explicitly inherent. Breakfast and bikes before daylight and then Hugh’s mum would get started in the helicopter on daylight. It would be motorbikes and barking dogs off in 2 directions (3 if his sister was home for a visit), I would be told to follow on either the quad or in the ute, but quickly the bikes would disappear, and I would have no idea where or what direction I was meant to be going.

I would drive for a bit, hoping to pick some dust or noise up and pick up the follow again. Occasionally, I would see the chopper and head to that general direction. Most of the time though I employed the old “lost in a shopping centre” rule and would stop where I was and wait for someone to find me and tell me where I should be going but even then it would just be “…keep heading down that road, Tannas..”.

How far down the road? Do I stop at something? Am I going to arrive anywhere or am I just going in circles around the property to keep me out of the way?

After a time, I figured that if I made sure I had some sort of smoko, drinks, baking or other food and/or beverage on board it would guarantee that Hugh or his dad would come and find me after an hour or so and I would get a new set of abbreviated instructions such as:

“Follow this road to the north west and you will pick us up”. This may seem very straight forward, as it did to me but noooo, it’s a trick. You head up the road and see that it starts taking you to the south west – do you follow it, or do you head north west?

You check on the UHF only to be told “keep heading north west”.  So, I leave the road, start cross country only to find myself right in the middle of the livestock. Apparently, what I was meant to do was follow the road to the south, then when I saw the stock cross, come back up and behind and follow then to the north west. How could I have misinterpreted that instruction?

“Just drive down the road to the south darl, and when you get to the steel gate turn left and follow the fence line to the east”.

Again, this would seem very straight forward, and I was at an advantage this time as I did know how to get to the location I was being sent to. But upon arrival the road had a steel gate (straight ahead), to my left there was not 1 or 2 but 3 steel gates – 1 to the left into one paddock, and 2 in a corner assembly leading to 2 others.  All steel gates, all able to be ‘turned left’ into and fence lines followed. Over the UHF, I tried to seek clarification:

“Head east to the Mintaka Yards”.

Well there is no way I can mess this up, I’ll just pull out my trusty Silva and set a bearing, couple of landmarks and we will take that mob east. About 40 minutes along I was cruising along, stock moving nicely, feeling chuffed and farmer like when one of the neighbours helping us out for the day pulls up and says “You’re heading the wrong way, you need to head east”. “I am heading east”, I say whilst she shakes her head.

So, I pull out my trusty Silva and show her – “see, east”, I point to the sun, “see, east!”. She harnesses a bit of a giggle and says, “It’s not that east, it’s to the gate in the east corner to put them through to the yards” and she points in the general direction, “That’s bloody north east!”, I say frustrated and defeated.

How am I ever going to go in the right direction if no one tells me about the invisible landmarks I can’t see and don’t know about? Arghhh!

Trying to get any level of explanation out of a group that are ‘Family musterers’, I finally realised is like trying to turn back the tide. It is a skill, born out of living working together and living and working the land over many years. It is inherent, a finely-honed skill and not easily learned.

Luckily for me, after we lost a few other visitors and helpers to the dreaded “just head north”, my husband has met me in the middle and we now get a quick “brief” using the property map before we head off. This ensures that even if I get lost I know where my end point is and I can get myself there competently. It also means there is far less expletives over the UHF as I am not popping up in the middle of nicely moving mobs ‘”heading north” anymore. 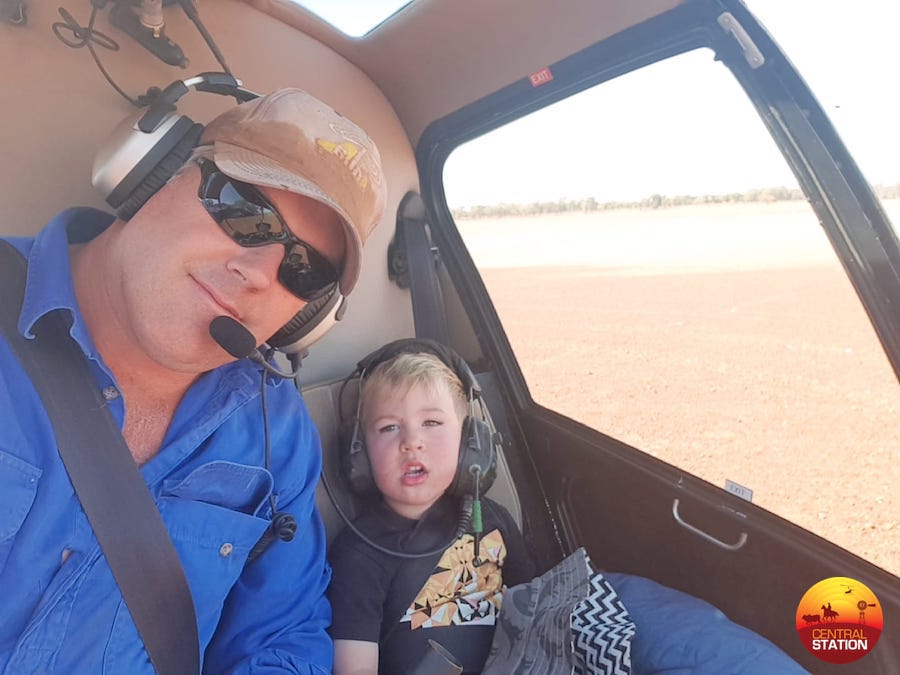 Giving our young son a taste of what’s to come. 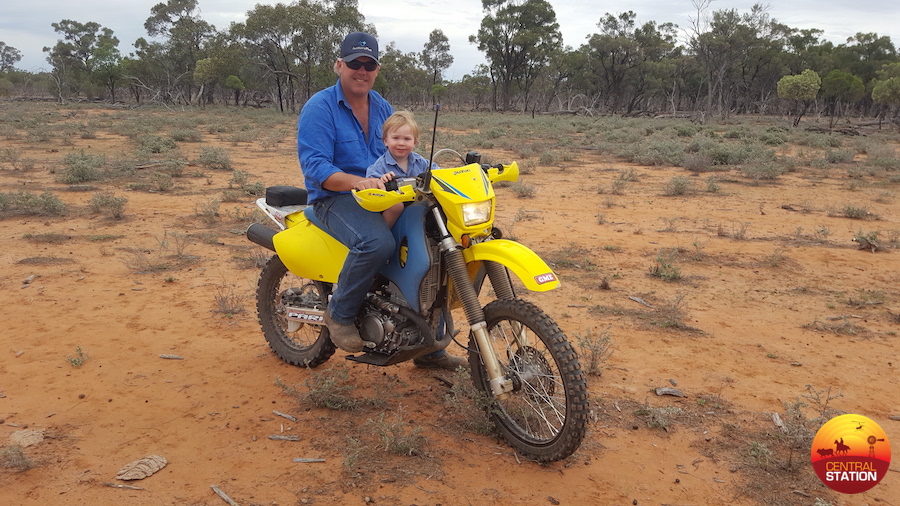 The next generation of family mustering (taking a photo, not mustering on the bike). 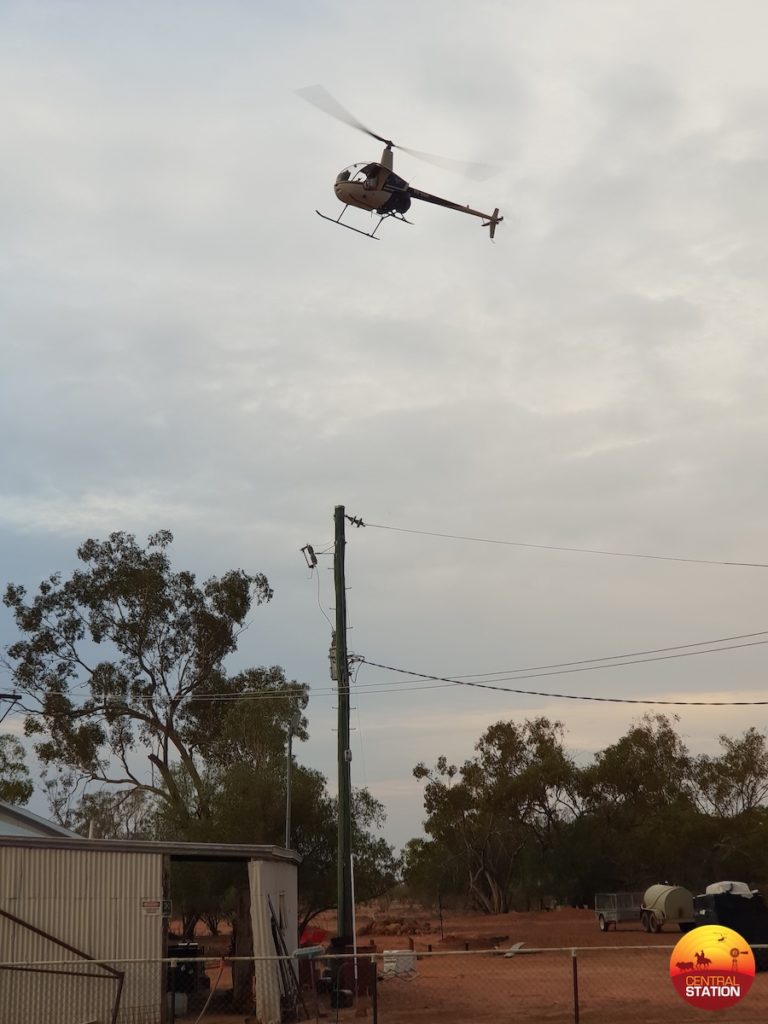 Coming in close to let me know I’m either in the wrong place or running late! 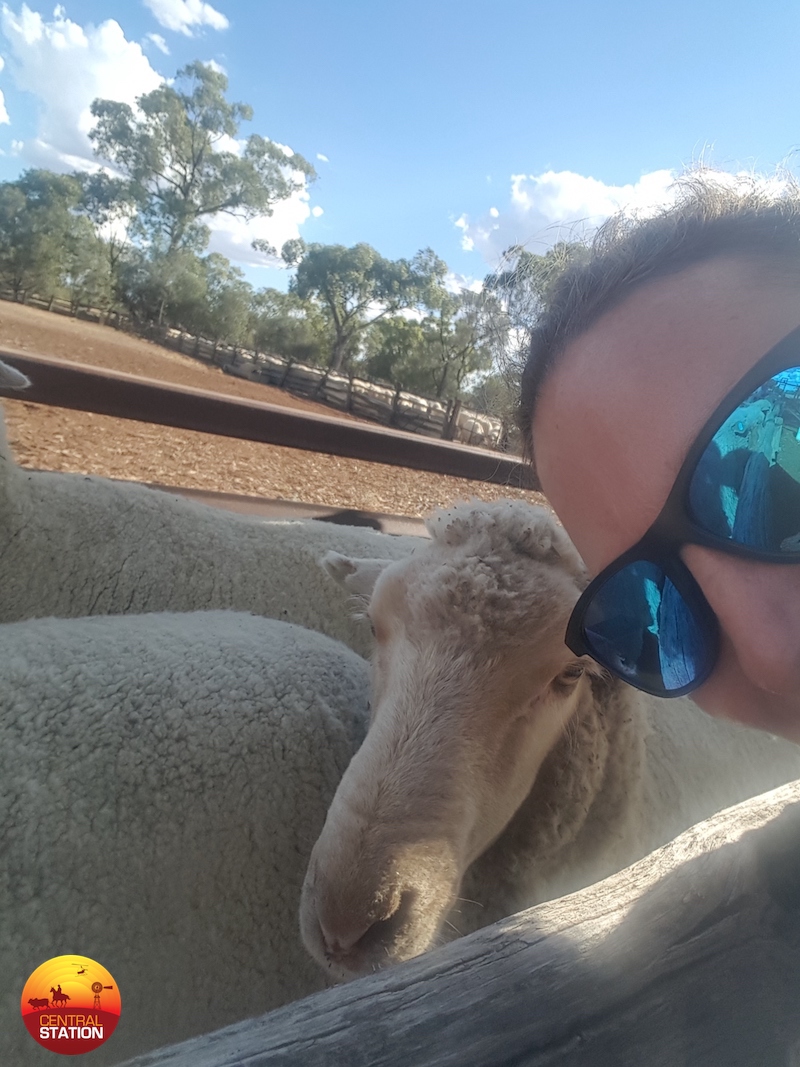 For a long time I was “banished” to the yards – well at least I couldn’t get lost there! 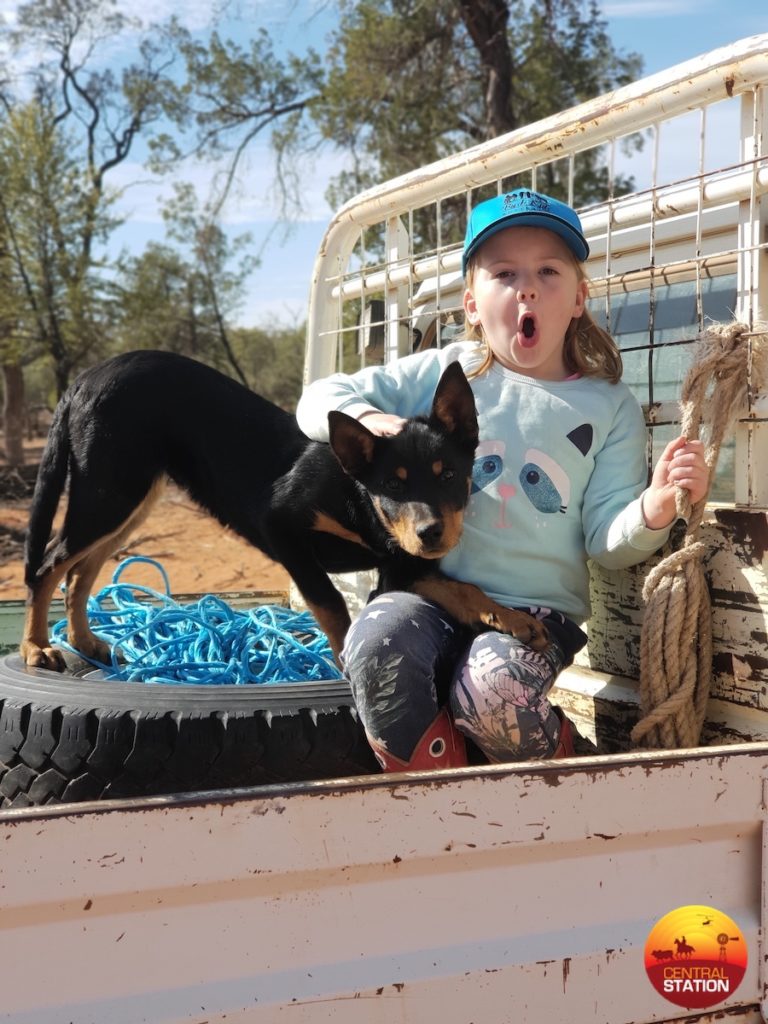 At least I have company now when I’ve been banished to the ute!

< From then to now > Overseas eyes on the Outback Life