Recently a Stress-Free Stock Handling course run by Bruce Mainard was conducted at DeGrey station, the following is an account by a few of the staff members who attended.

Poly and stockwhips to waddles and glares, such was the transition of stock handling from a station I worked on the year before to what I learnt at DeGrey Station. Unfortunately (or fortunately) I arrived after seasons start and thus missed the Stress-Free Stock Handling course (2018) and learned techniques on the go throughout the season. This year however I arrived bright and early for the season and was privy to the teachings from the “Cattle Jesus” I’d heard so much about the season prior.

All facetiousness aside much of the foundation of the model employed is rather sound in its logic. Indeed, in the yards, with moderately stressed weaners (young cattle), it proved to be very effective and it was helpful in being conscious of the smaller movements that can still have a profound effect on the movement and behaviour of the mob. Now, in practice, running to the back yards with the words “MORE BEEF” still ringing in your ears, you have to get the cattle from A to B in an exceedingly timely fashion, and whilst much of what was taught at the clinic is still bloody handy to keep in mind, you’ve got to get the job done. However, the effect on the cattle over the station as a whole is more impressive and it makes our job as ringers a hell of a lot easier.

While working cranky cattle and mischievous scrubbers (wild cattle) may be the epitome of the job, it doesn’t particularly help the bloke who owns the joint, nor do accounts of this endear us to our green friends. Working cattle that haven’t had low stress or stress free handling for a couple of generations is a stark contrast to working cattle that have. Pretty great stuff all in all.

Low Stress stock handling, is it myth or the future of our industry? I guess the only thing I don’t like about it is the name. Stockmanship works for me but in essence its almost indistinguishable.

Everyone who has worked in the cattle industry will have seen the transformation that has taken place when it comes to the handling of stock. When I first started on stations, it was all very rough and tumble. No thought was given to try and quieten the stock. It was all just smash them up the race and being from a dairy background I was amazed and also horrified (I got flattened my first day in the yards by a very angry cow). So over the years being introduced to better methods and better stockmanship, not only has my knowledge broadened but I’ve seen the cattle worked better in and out of the yards.

Bruce Mainard’s “Stress Free Stock Handling” method is very effective with young stock but sometimes you do just need a bull buggy and force. But saying that, I’m always a fan of keeping the cattle calm. In conclusion, what I’ve seen of the “Stress Free” method, it does work and the industry as a whole will benefit from employing these better practices. The public’s view of us might even change, if not, at least we will not be willingly ignorant.

Last year I was introduced to stress free stock handling techniques. Turns out Western Australian beef cattle are not as submissive as small-town New Zealand cows. In the beginning, I thought the faster the job done the better. I was sadly mistaken as most of the time this would find me up a fence with a not so happy brahman close behind. Now one year wiser, I can confidently and usually successfully work stock through the yards.

One of the most important things I learnt from working with Bruce Mainard would have to be that mistakes are allowed. When cattle react “incorrectly” to what you are “trying” to ask them to do, then ask differently. There is no one way to work stock. In order for the company to profit the most from its stock and produce a higher quality of meat, the stock needs to deal well in stressful situations as stress can affect the meat quality. This is exactly what Bruce teaches, how to work stock so they can still think and act in stressful situations without panicking. This is why it is so important for a clear release in pressure once a positive reaction has been made.

One thing I did find is that Bruce’s stress-free handling techniques work a lot more effectively on young stock that have not had years of inconsistent handling. I believe that after a few decades of consistent low stress stock handling there would be a great positive change in the well-being of animals in the beef industry. However, with the amount of young people in and out of the industry, consistency can be difficult to manage. 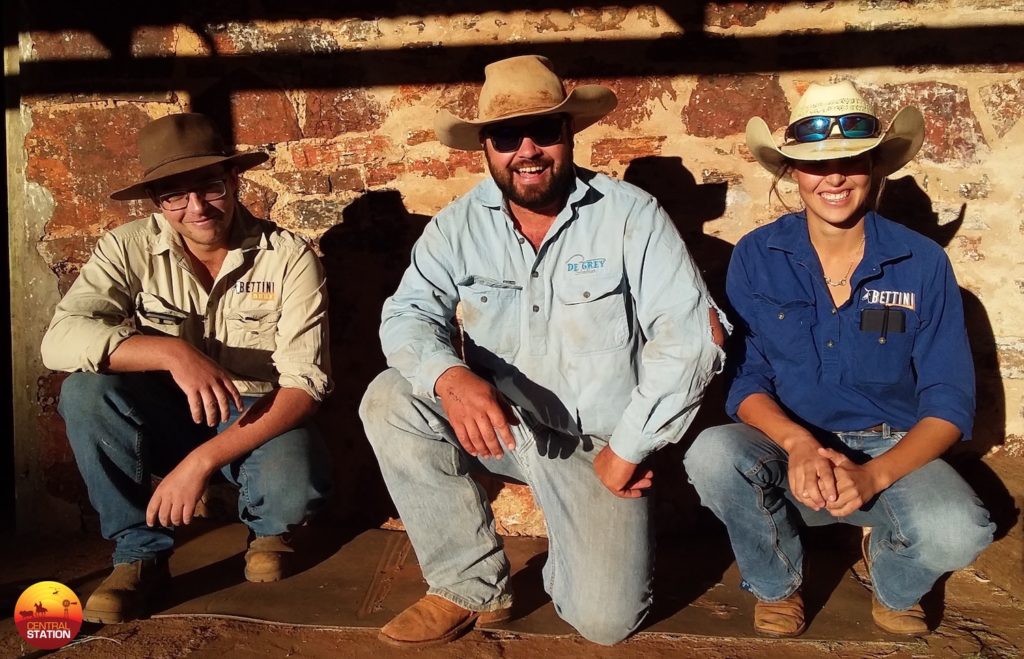